The visiting Rovers may play their first-team football in the Championship, but their Academy is Category 1, a division up on Palace’s Category 2. The tie always promised to be a tough task for the Eagles.

As the rain drove down, Blackburn pressed high from the off and made it difficult for Palace to build from the back, resulting in a series of long balls to start the afternoon’s proceedings.

As the match settled, the contrast in styles between the two sides was clear to see; Palace looked to build slowly from the back whilst Blackburn pressed high and looked to move from back to front as quickly as possible. 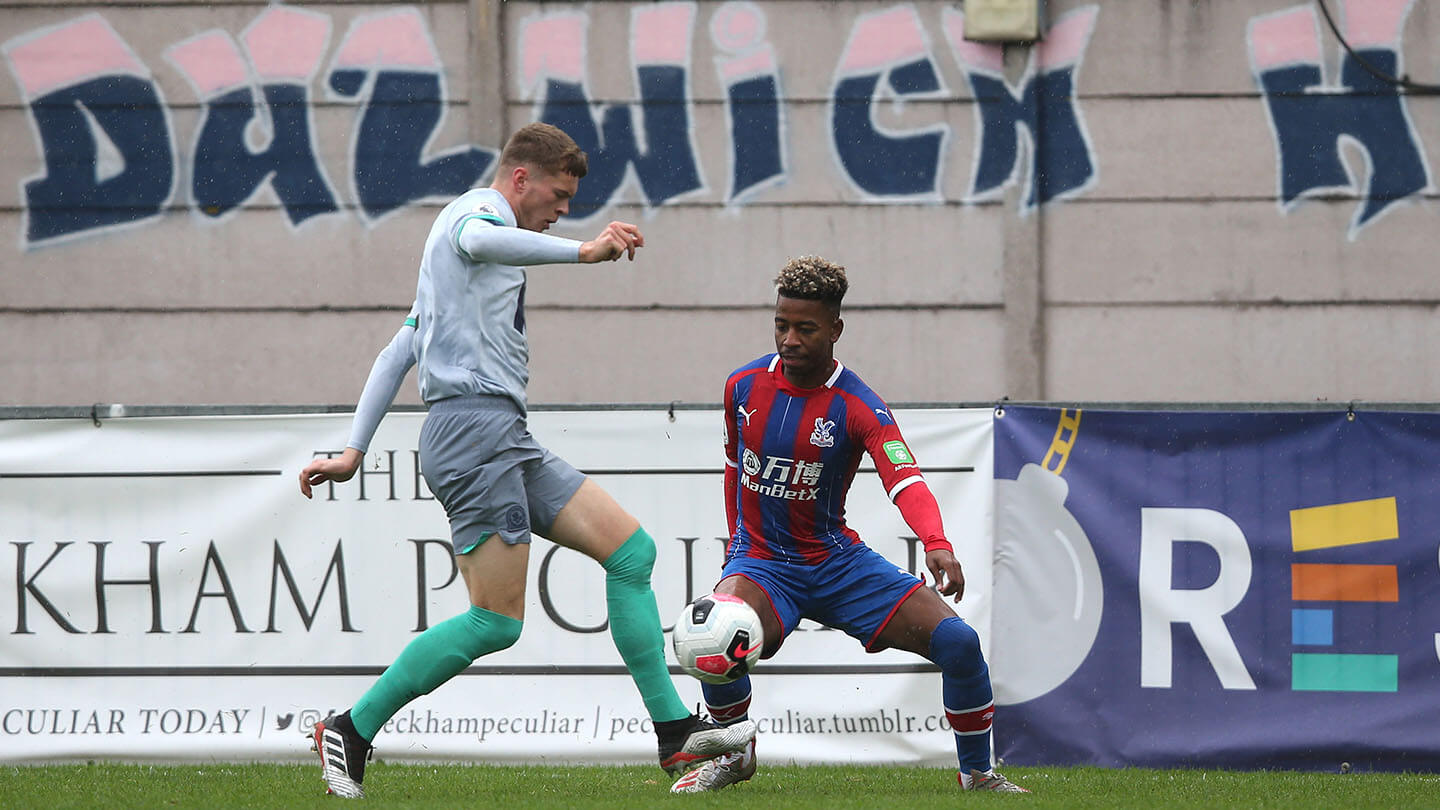 The first chance fell to the home side as Jason Lokilo broke down the left and clipped the ball towards Rob Street, but the imposing figure of Joseph Hilton plucked the ball out of the air.

Palace’s first foray into the Blackburn box seemed to spur the away side on, and they caused an alarming scare with Harry Chapman, Blackburn’s brightest light in the first half, cutting inside and curling towards goal.

Sam Woods instinctively tried to flick the effort behind for a corner but instead saw the ball ricochet onto the inside of Palace’s post.

Miraculously, the Eagles could breathe a sigh of relief as the ball thudded to safety.

Moments later, Dion-Curtis Henry was forced into action as he dived well at Lewis Thompson’s feet. Nikola Tavares was first to the loose ball, where he collided with a late Joseph Rankin-Costello and referee Sam Allison branded his first yellow card of the day. 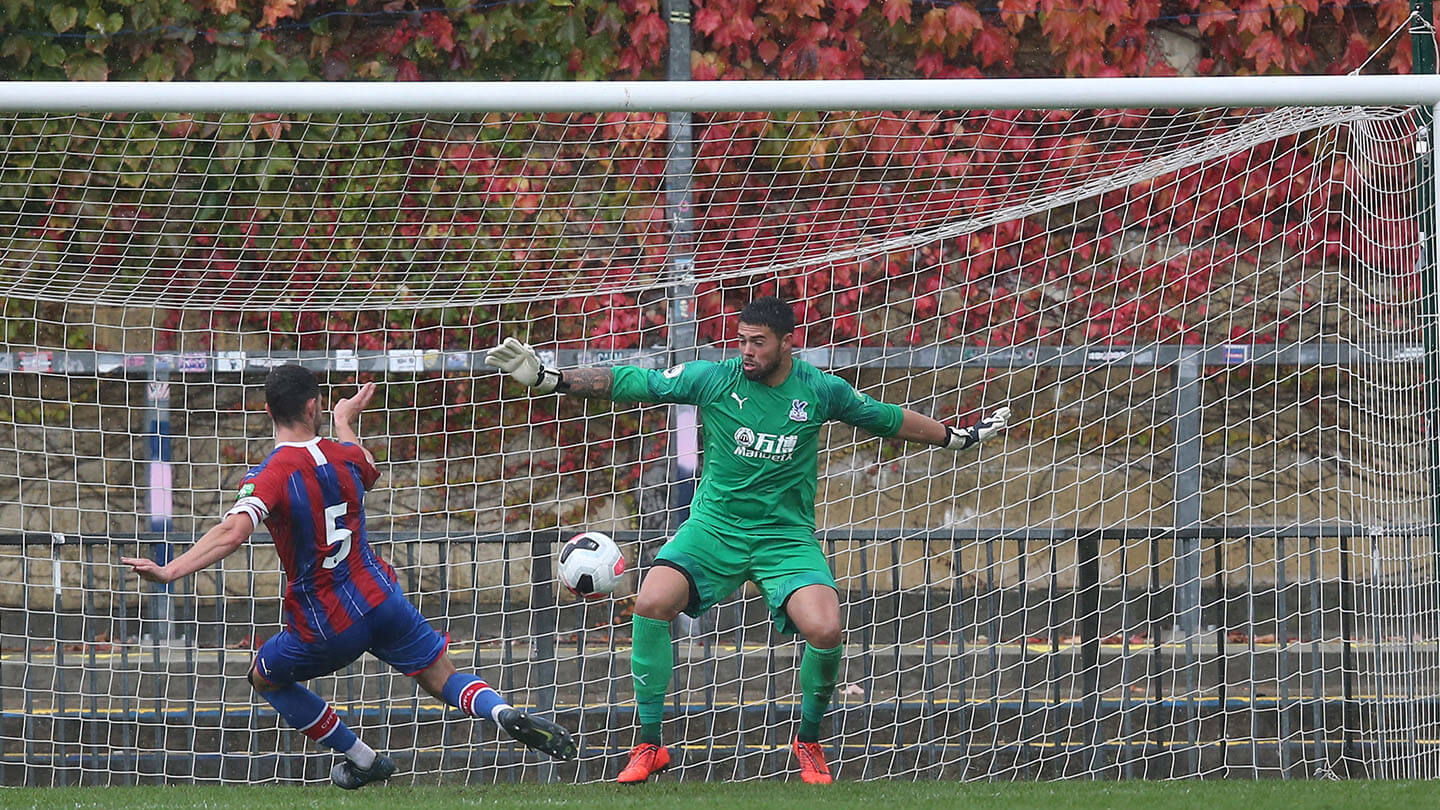 Blackburn’s final chance of a dominant period came from a pinball in the Palace box. Tavares’ clearance hit Woods and bounced invitingly up for Jack Vale, but the No.9 was only able to guide his header onto the roof of the net.

Moments later, Kian Flanagan led a Crystal Palace counter before feeding Lokilo down the left. Palace had plenty of bodies in the area, but the cross passed each one until it reached David Boateng by the corner flag.

Boateng trapped the ball and shifted his weight well to move beyond Whitehall, who could only bring down the Palace man and concede a penalty.

Flanagan stepped up to strike the spot-kick, but his effort clipped the base of the post and bounced away.

Not disheartened, Flanagan then made a devastating contribution to the game. His combination of speed and strength was too much for the retreating defence and he pulled the ball back to Rob Street, who turned magnificently and struck into the far corner. 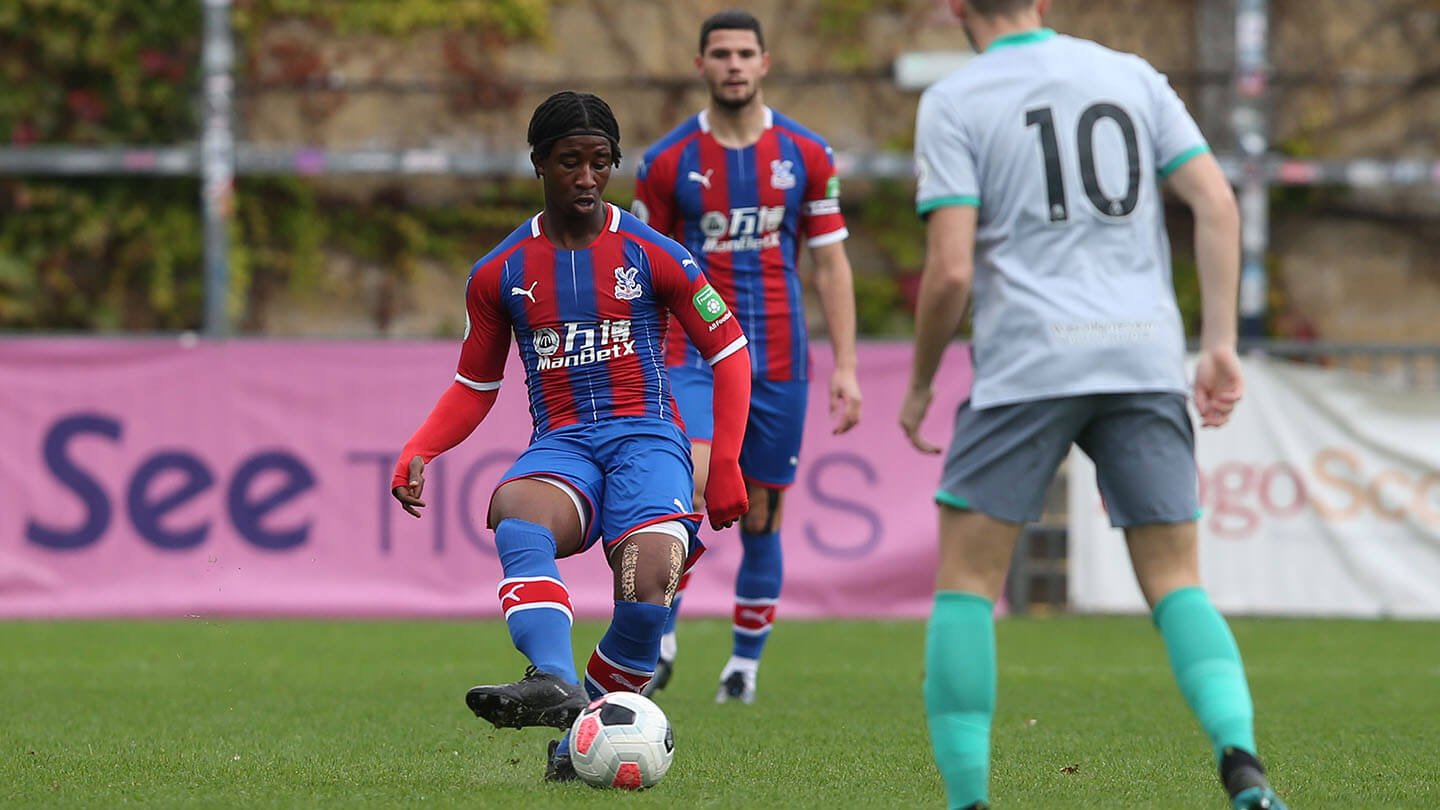 A goal down, Blackburn were undeterred and persisted with their high press, forcing Woods into a brave block from point blank range.

The visitors eventually earned their breakthrough on the stroke of half-time after Chapman met a lofty cross to head in off the post.

Palace made two changes at the break but were faced with an energised opponent as they hit the turf for the start of the game’s second spell.

The home side’s backline would again be thankful for the efforts of shot stopper Henry when his aggression off the line forced Rankin-Costello to drag an effort wide from a well-placed position.

Such was the nature of the game, it was then Palace’s turn to enjoy a spell of possession. First, Nya Kirby arrowed an effort just wide of the post before turning creator, dancing into the box and squaring to goalscorer Street, who thundered his first-time effort off the crossbar.

Unfortunately, that proved to be Palace’s last chance and the visitors found a second wind in the clash’s final 10 minutes. Before long, Blackburn scored their second of the day.

Henry again provided a smart stop off his line, but this time the ball fell to Rankin-Costello 20-yards from goal, whose smart first-time effort found the back of the net.

Rankin-Costello sealed the game five minutes later as he latched onto a ball from a corner to fire into the roof of the net via a deflection.