Palace saw chances fall their way in the game’s opening spells but Cardiff fielded experience in spades and were able to deny the Eagles with the adeptness of senior professionals.

The Bluebirds’ experience showed in the match’s early stages, which the hosts enjoyed the better of. On 13 minutes Palace ‘keeper Dion-Curtis Henry did well to keep out Shamar Moore, diving low to his right to thwart the Cardiff forward’s close-range drive.

The Eagles responded to the threat, and Brandon Pierrick looked particularly dangerous on the right-wing. Striker Rob Street went close on 21 minutes, slightly miscuing a volley from a corner before Pierrick flashed an effort narrowly over the bar after an impressive period of Palace possession. 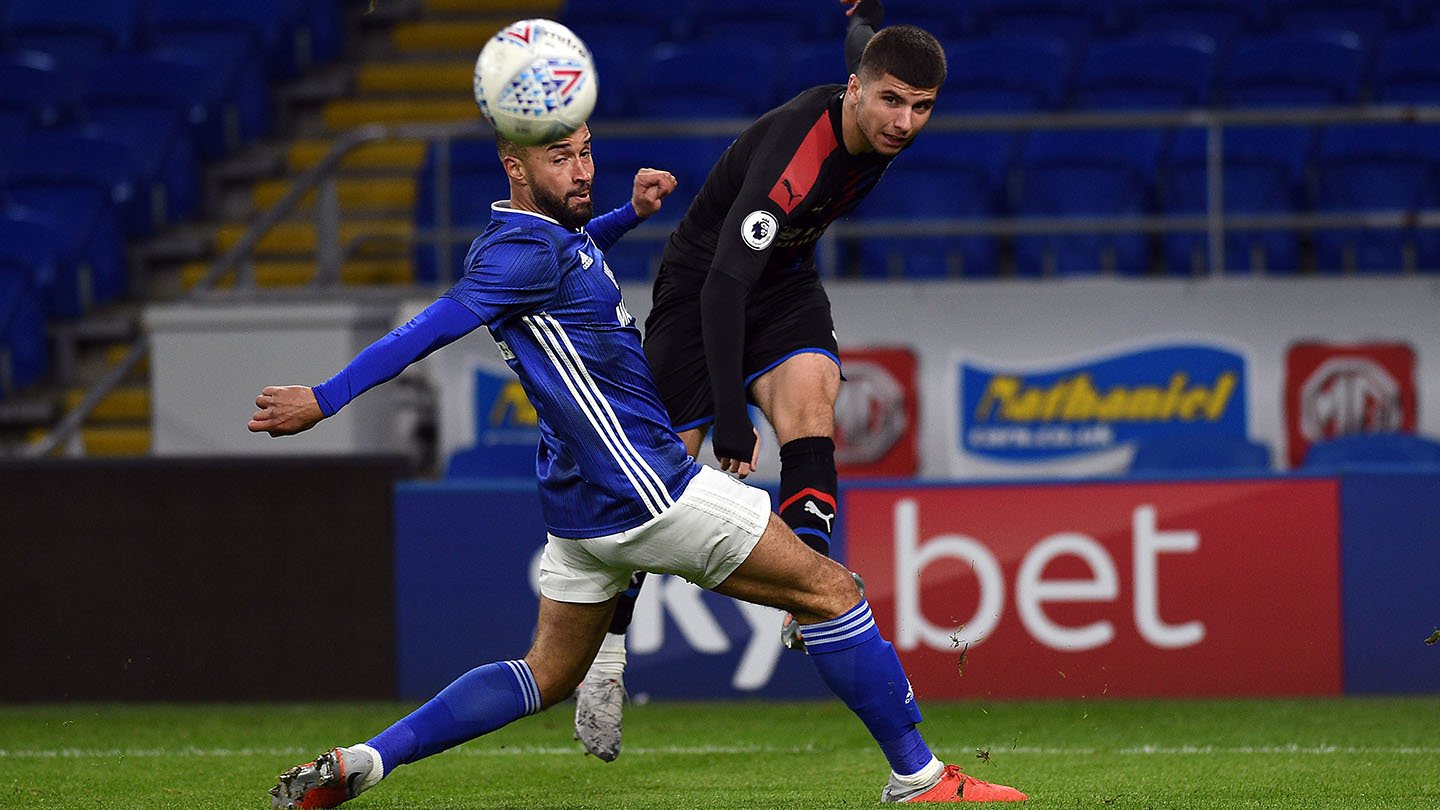 Nya Kirby’s influence in the middle of the park was growing too, but just as the visitors looked to have taken control, Cardiff went ahead against the run of play.

Laurence Wootton picked up the ball on the edge of the area and side-footed a goal-bound effort as Palace defenders rushed towards him. An unfortunate deflection altered the shot’s path just enough to leave Henry stranded, and the hosts went into the break with the advantage.

Palace found themselves under pressure in a tricky start to the second period, and almost went two behind just before the hour mark. Fortunately for the visiting south Londoners, Cardiff’s Curtis Nelson fired over after a desperate goalmouth scramble.

The Eagles then lost their captain, with Sam Woods forced off through injury. Jashaun Chamberlain-Gayle replaced him in the heart of defence.

Palace full-back James Daly then made way for Dylan Thiselton as Shaun Derry looked to shuffle his pack. The change seemed to reap a short-term reward, with Thiselton linking up well with Pierrick down the right flank. After one of the pair’s forays up the pitch earned a corner, striker Street skimmed a header narrowly wide.

But the game was put beyond the visitors in the 81st minute, with veteran Bamba slotting home from six yards after a goalmouth scramble. Curtis Nelson added a third shortly before the final whistle, giving the hosts a comfortable three-goal cushion.