Richard Shaw’s Under-23 squad put in a competent display against fellow south Londoners Dulwich Hamlet this afternoon at Champion Hill as they fought a physical home side in a battling test that they won 2-4 thanks to an emphatic second half comeback.

Continuing their pre-season preparations, the Eagles took the lead through Jason Lokilo in the 70th minute having been 2-0 down at half time. Goals from Brandon Pierrick and Gio McGregor pulled the Eagles level and following Lokilo’s winner and insurance-policy second later on, the visitors held on to record an encouraging victory over older, more experienced players as they hurtle towards the beginning of the 2019/20 campaign.

In a bruising, competitive start, Dulwich began the game as the dominant side and settled into their rhythm almost on the stroke of kick off. Keeping Palace within their own half for swathes of the opening exchanges, the home team began to probe and test their opponent’s back four, who initially stood up to the challenge with assurance.

However, Tupper, twice a first team substitute, did have cause for concern when captain and centre-back Ryan Inniss felled Monlouis in the box with the No.10 looking for space. Facing a penalty, Tupper was beaten by taker Jeffrey Monakana, who buried low to the left to open the scoring.

A goal down within 15 minutes, Palace appeared to have responded immediately when they struck the back of the net in their first attack since the re-start. From 18 yards, Kian Flanagan unleashed a shot which ‘keeper Charlie Grainger then parried into the path of James Daly, however the young Palace forward’s resulting goal was ruled out with Grainger injured in the process. 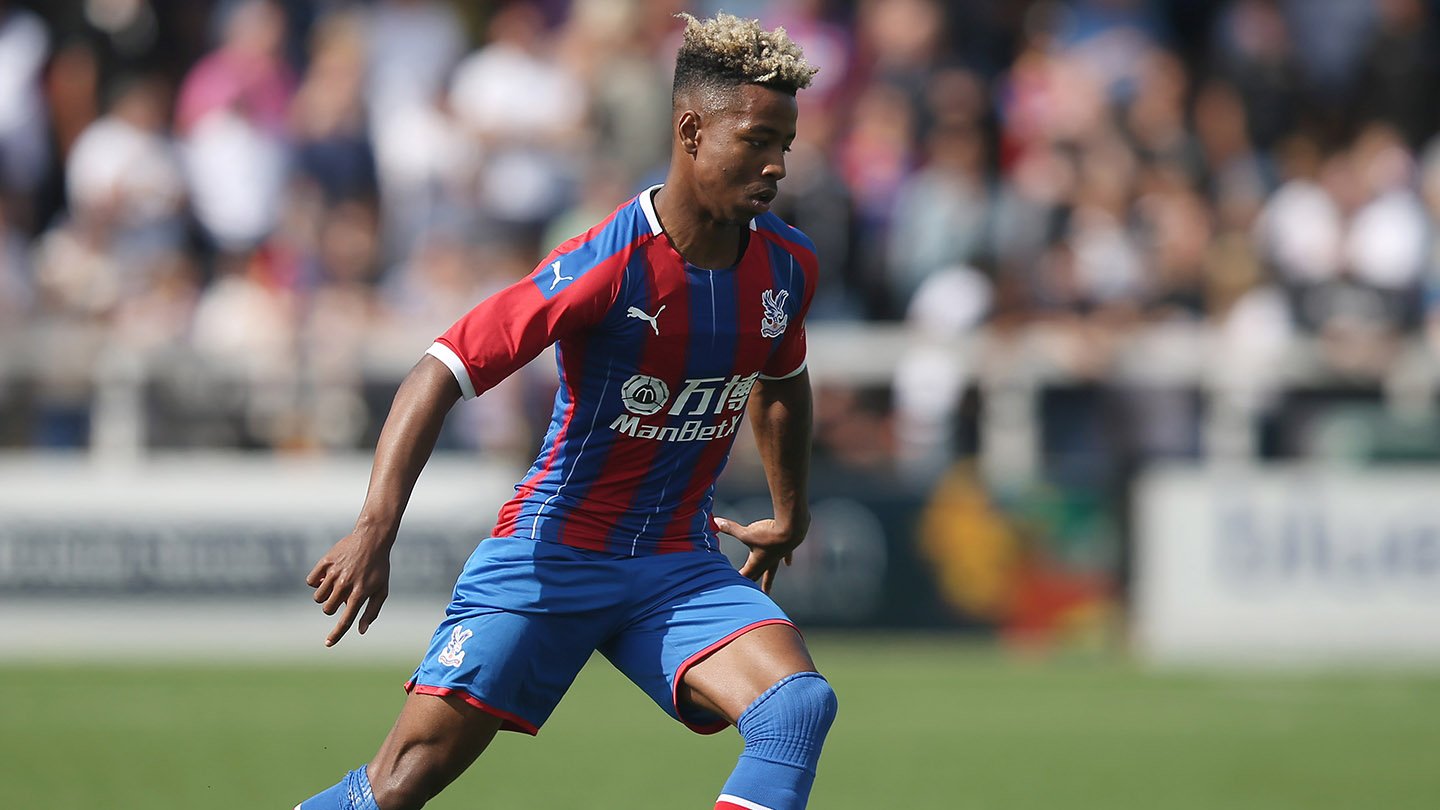 The collision troublingly saw Dulwich’s ‘keeper stretchered from the field to be replaced by Preston Edwards.

There was little malice or hostility in the afternoon’s friendly, though Grainger’s departure didn’t take the sting from the game and Palace were subjected to a series of toughening, assertive challenges from the bolshy home side.

Yet against the experience and athleticism of their rivals, the Eagles began to assert themselves well, with Gio McGregor coming close to levelling the score as Edwards blocked his close-range effort before Jason Lokilo fired over with a volley from distance.

Palace were somewhat resurgent as the second half wound to a close but in spite of their drive, fell another goal down when Christian Smith rose highest in a congested penalty area to power home a well-lofted corner from Jack Connors.

The Eagles were being sent a clear signal: Dulwich weren’t to relent their charges, and the deficit was almost added to when Aaron Barnes stood with acres of space at his feet before driving the ball just inches over Tupper’s crossbar. Another warning shot was fired when Nyren Clunis whipped an effort across the box and forced Lewis Hobbs into a smart goal-line clearance.

During the first half’s busy closing few minutes, Palace too unnerved their opposition and kept the Dulwich backline alert with their own spell of pressure, reminding the hosts of their attacking potential. 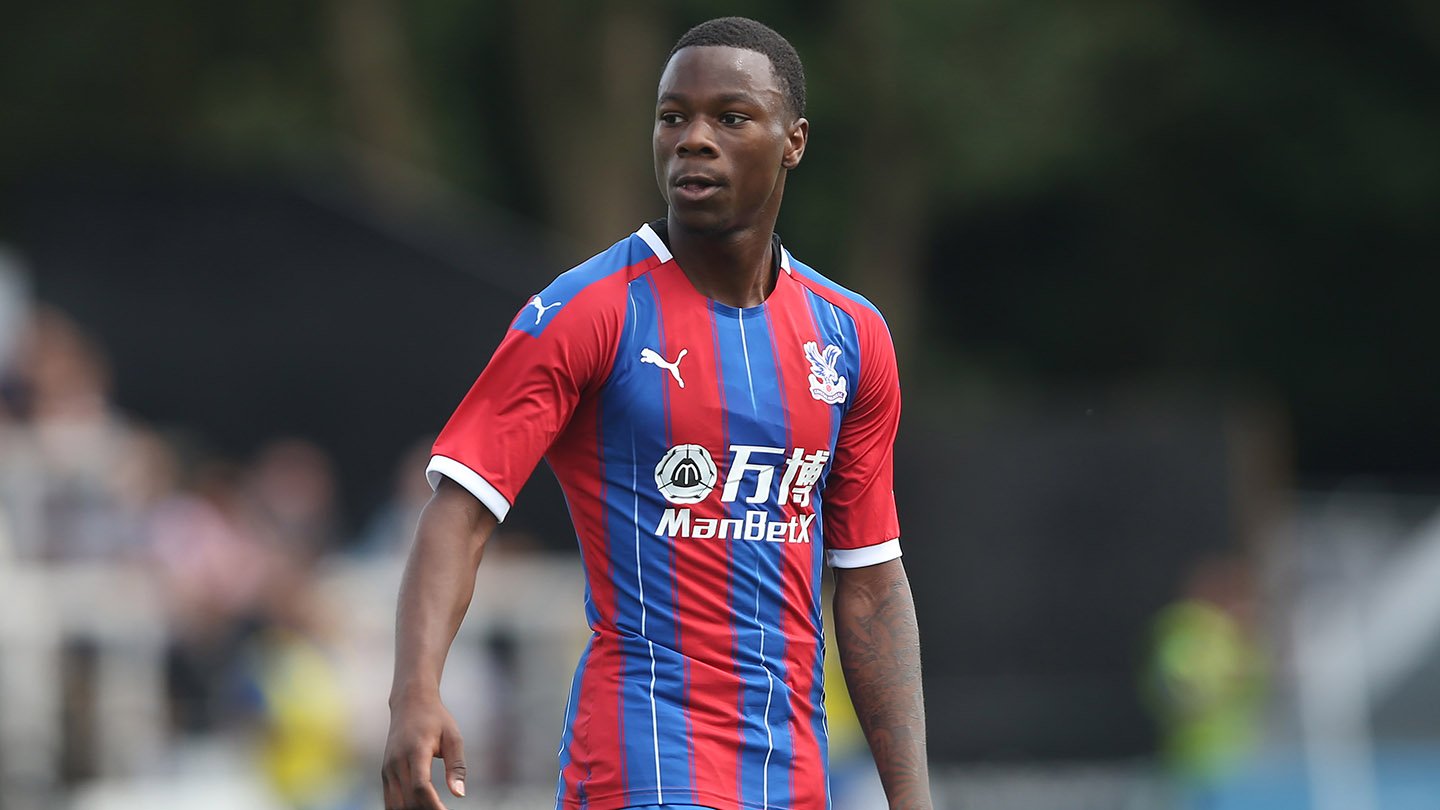 Coming out for the second half, the Eagles were keen to redress the balance and kick-started their come-back within five minutes of play recommencing as Lokilo found McGregor who threaded a ball into the feet of Pierrick. Turning and staying composed, the talented youngster then rifled home from 20-yards to ignite Palace’s hopes of a deserved fight back.

Lokilo nearly then squared the scoreline when he sought to repeat his teammate’s impressive long-range effort, however his drill from distance whistled just wide of Edwards’ post.

As if in competition, Dulwich’s Smith was next to try his luck with an eye-catching effort, however his speculative shot was tipped-over adeptly by substitute ‘keeper Dion-Curtis Henry.

In the end it was perhaps the most spectacular chance which resumed the scoring as Palace pulled themselves level in appropriately emphatic fashion with a fine McGregor pile-driver setting the score at 2-2.

The onlooking south London crowd were soon to receive their money’s worth for a third exceptional Palace goal which this time sailed in from the boot of Lokilo, who earned his name on the scoreboard through a confident long-distance free kick. The three efforts all jostled with each other to be the greatest, but Palace weren’t to care as they had taken the lead for the first time in the clash.

Work was still left to be done at the back however, as a strong Henry save guarded the victory from a threatening Clunis shot.

As the heavens opened, Palace’s fire continued to burn and Shaw’s charges saw out the game in ascension as resilient victors, Lokilo striking home another fine effort with reserve and aplomb from the edge of the box.