Pierrick bagged a hat-trick to defeat the visiting Lions as Roy Hodgson’s first-team trio provided class and control throughout their time on the pitch.

The Under-23s, after a quiet but assertive start to the game, took the lead when two of their first-team players combined to pile pressure into the visitors’ box. Riedewald launched the ball forward for teammate Wickham to control, edge from his feet and, after a scrappy affair close to goal, strike home to hand Palace the lead.

As the minutes rolled by, the chances continued to fall along with the rain in south London and both Brandon Aveiro and a young trialist were denied - one by the linesman’s flag, one by shot stopper Ryan Sandford.

Palace weren’t the only side in the game, however, and their single-goal lead appeared fragile when Millwall snatched their first two chances from consecutive corners. Harry Ransom, though, saw his close-range header deflected high and Issac Olaofe couldn’t keep the ball down with his volley from 12 yards. 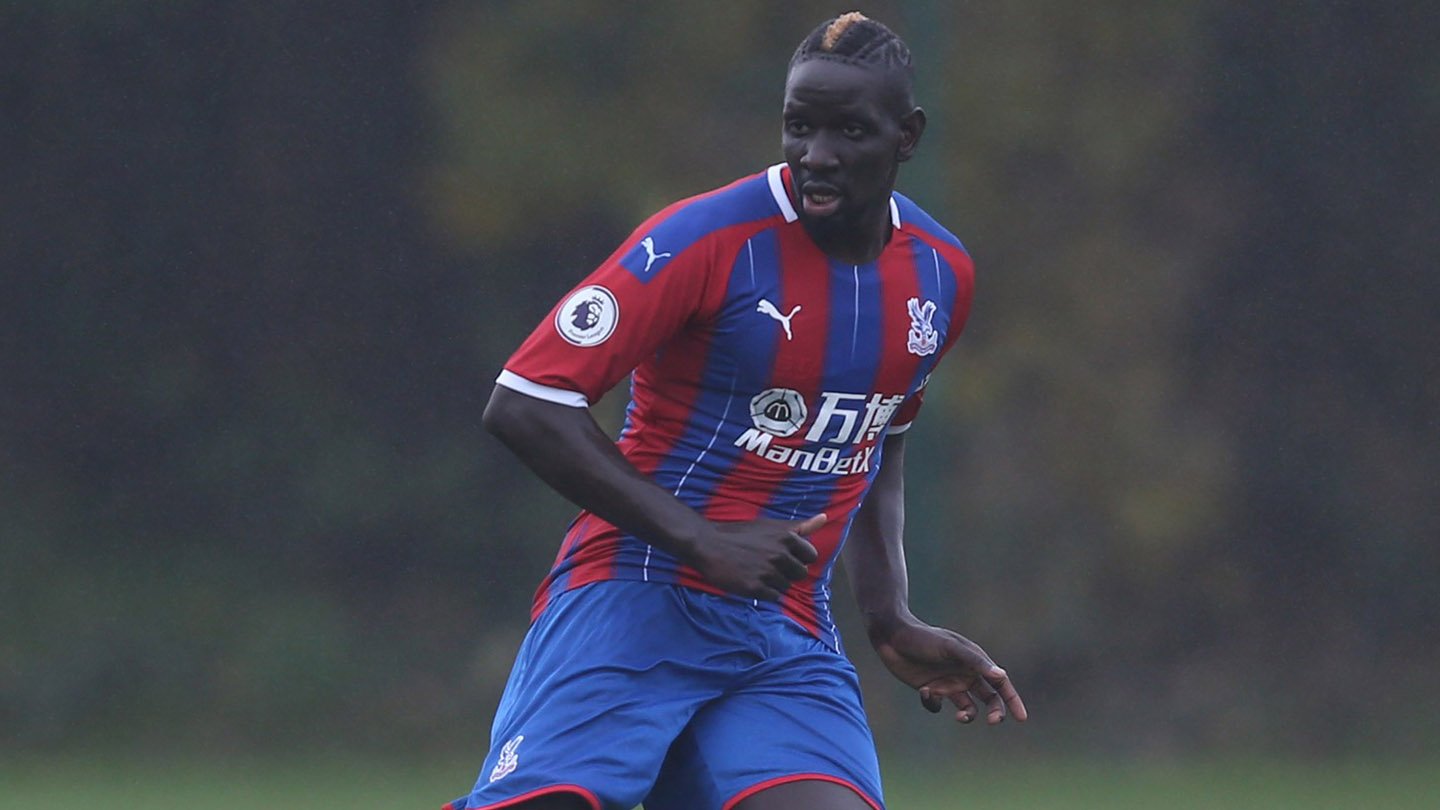 Despite spending the next 10 minutes fending off Millwall’s advances, Palace appeared composed and controlled in defence. The calibre of their first-team inclusions shone through, with Riedewald and Sakho emanating confidence as they sought to play the ball cooly from the back.

But just when the Eagles seemed to have weathered the proverbial storm, Millwall found their breakthrough as they broke with a clinical impact. Sandford had collected the ball from a stinging free kick taken by Palace’s trialist and, seconds later, Olaofe stole past Jacob Mensah and struck home with conviction to level the game.

The home side were still playing in the ascendancy, though, having regained their foothold in the match and a spell of fine play from Wickham forced Sandford into point-blank reactions at the feet of James Daly; the striker-cum-left-back having roamed high up the pitch.

Re-asserting themselves fairly and swiftly, Palace pulled themselves back into the lead when Wickham - who looked near untouchable up front - squared a smart cross into the feet of Brandon Pierrick, the 17-year-old winger turning home with ease. 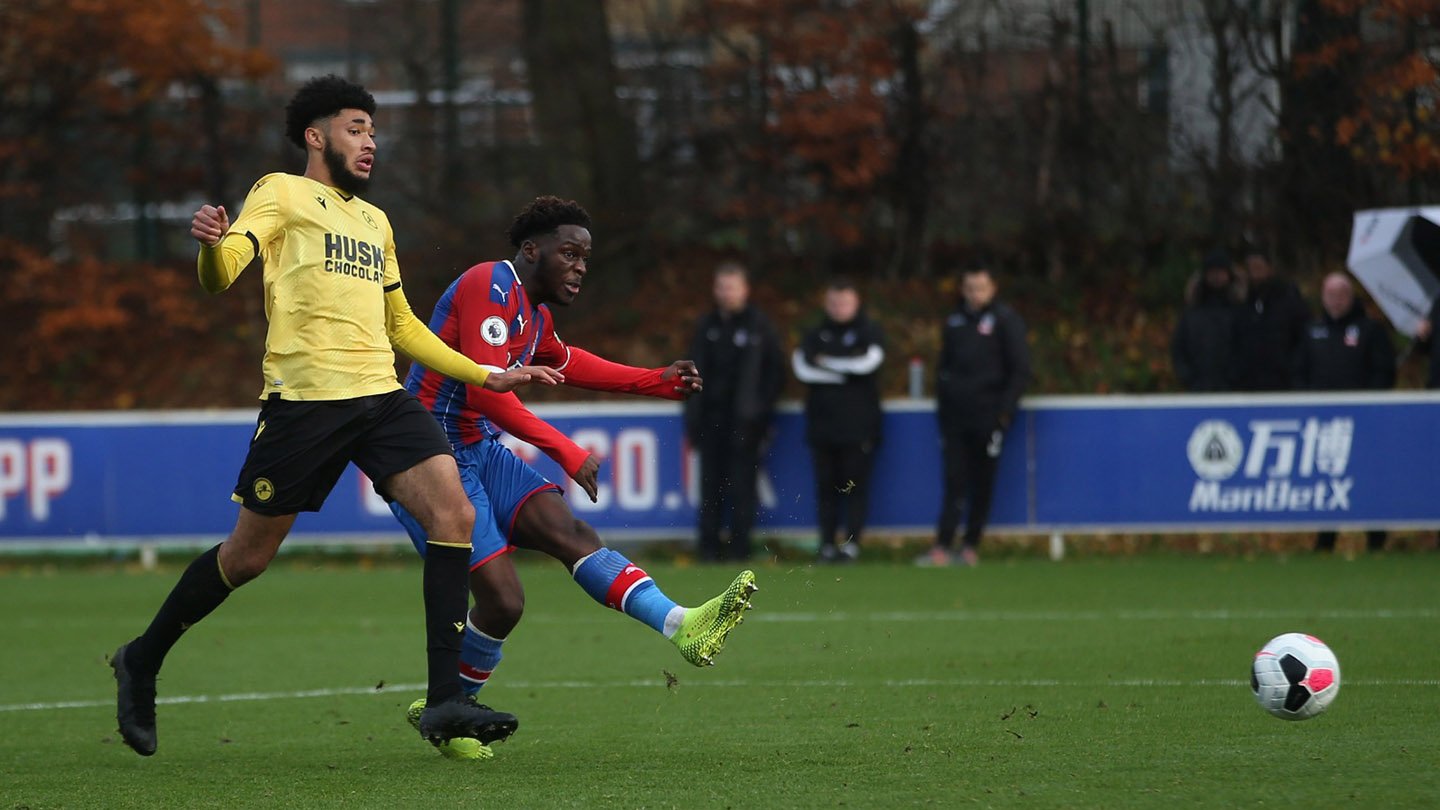 Moments before half-time, the home side forced two into three when Wickham’s chipped cross struck the hand of Sam Skeffington. Stepping up to strike the penalty, Wickham was denied well by Sandford only for Pierrick to astutely net his second from the rebound.

Coming out for the second-half, the game’s frantic end to its opening 45 minutes appeared to have unnerved either side and both teams took a while to settle in. As with the first-half, Palace remained the dominant side though and displayed their superiority as Sandford was forced into impressive action to twice deny Wickham at close range.

After 20 minutes, the fourth breakthrough finally came when substitute Rob Street slid Pierrick into space as the winger raced towards goal. With Millwall’s back four swiftly closing in on him, Pierrick struck well as he crossed the boundary of the penalty area to claim his hat-trick. 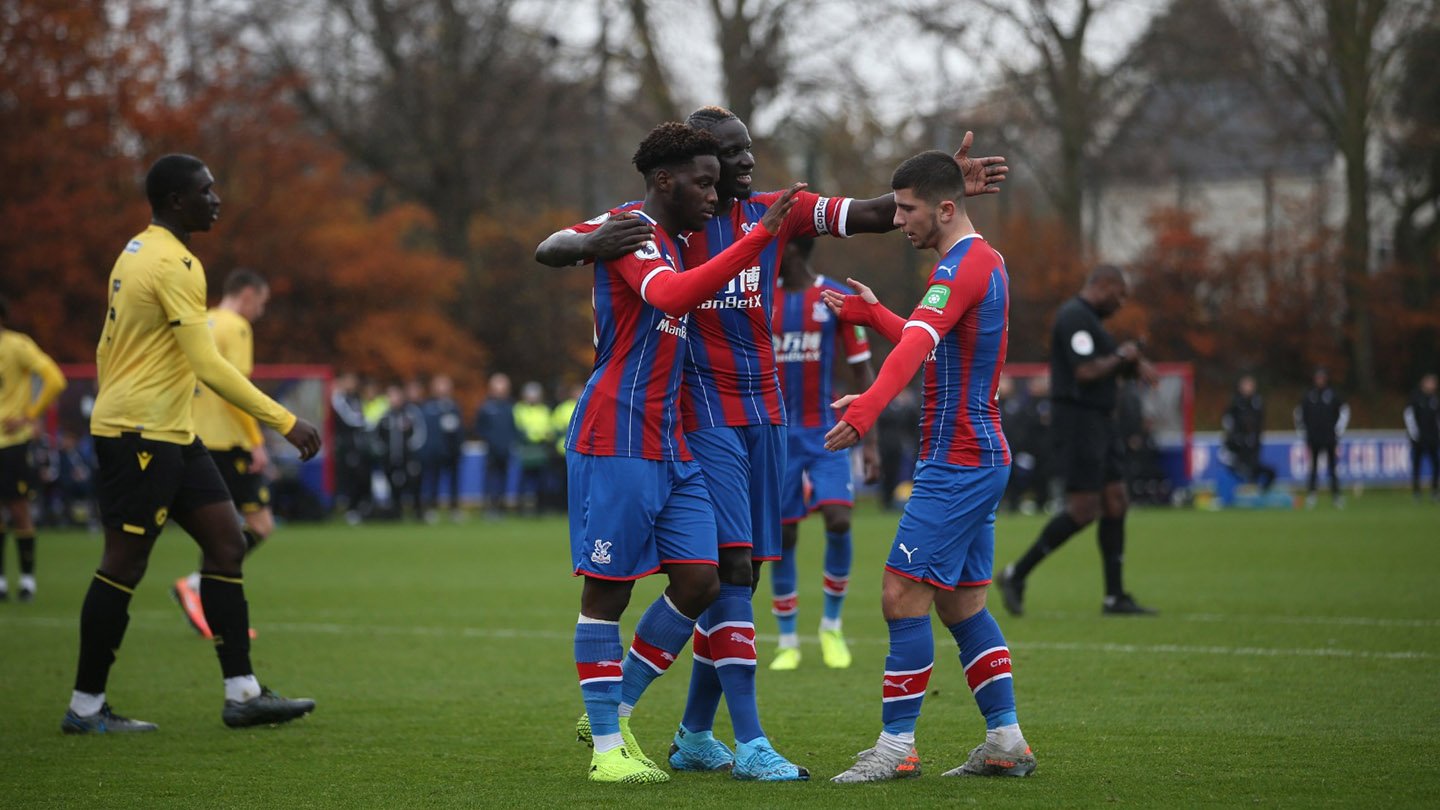 The game bogged down into a deadlock for the majority of its remaining time, with each side seeming to tire a little and tackles began to turn untidy - Aveiro felt this the firmest when Reuban Duncan caught his ankle with a sliding challenge.

By the final few minutes, Palace seemed to have eased themselves to three points and were not threatened sincerely in the second-half's normal time at all. As a result, complacency may have crept in and, well into added time, Millwall bagged a consolation goal through Olaofe, who slotted home into the hosts' bottom corner.

Six minutes into injury time, Oliver Webber wrapped himself around George Alexander's late header before the visiting No.9 saw an effort struck off the line by Daly.

After a late visiting onslaught, the referee's whistle finally sounded and the Eagles wrapped up a confident all-round performance with relief.

Stay tuned for full highlights of this game on Palace TV! You can watch these by clicking here or 'Palace TV' on the app.