Crystal Palace Under-23s earned a point from second-place Stoke City at Selhurst Park on Monday afternoon, with the Eagles boosted by first-team players in an entertaining 2-2 draw.

Shortly after kicking-off, one of Palace’s first-team cameos almost made an instant impact as Rob Street stole the ball from a deep Stoke throw. Jean-Philippe Mateta peeled away from his strike partner and found space in the box, where Street squared the ball to him.

Striking first time, Mateta saw his effort blocked at close range by goalkeeper Robbie Hemfrey before the Potters cleared to safety, but Palace had made an early impression.

Second-placed Stoke pressed Palace with urgency throughout the first 15 minutes, forcing the hosts to maintain possession in their own half and sitting in a compact setup when the Eagles broke forward.

Their disciplined approach provided Palace with a difficult test but didn’t stop the south Londoners from troubling their guests; Mateta seeing a shot deflected and a header sail high, and James Taylor watching his 20-yard effort fly close to the frame before thwacking the Whitehorse Lane seats.

Further chances came to Scott Dann, who headed wide, and David Boateng, whose long-range shot was held by Hemfrey at the second time of asking.

Stoke’s opportunities, on the other hand, were fleeting. The Potters entered Palace’s box only on occasion in the first-half, but appeared dangerous when doing so. Thankfully, a back four comprised of three seniors and one of the Under-23s’ most experienced players – David Boateng – was able to absorb any offensives and move play back to the other end of the pitch with speed. 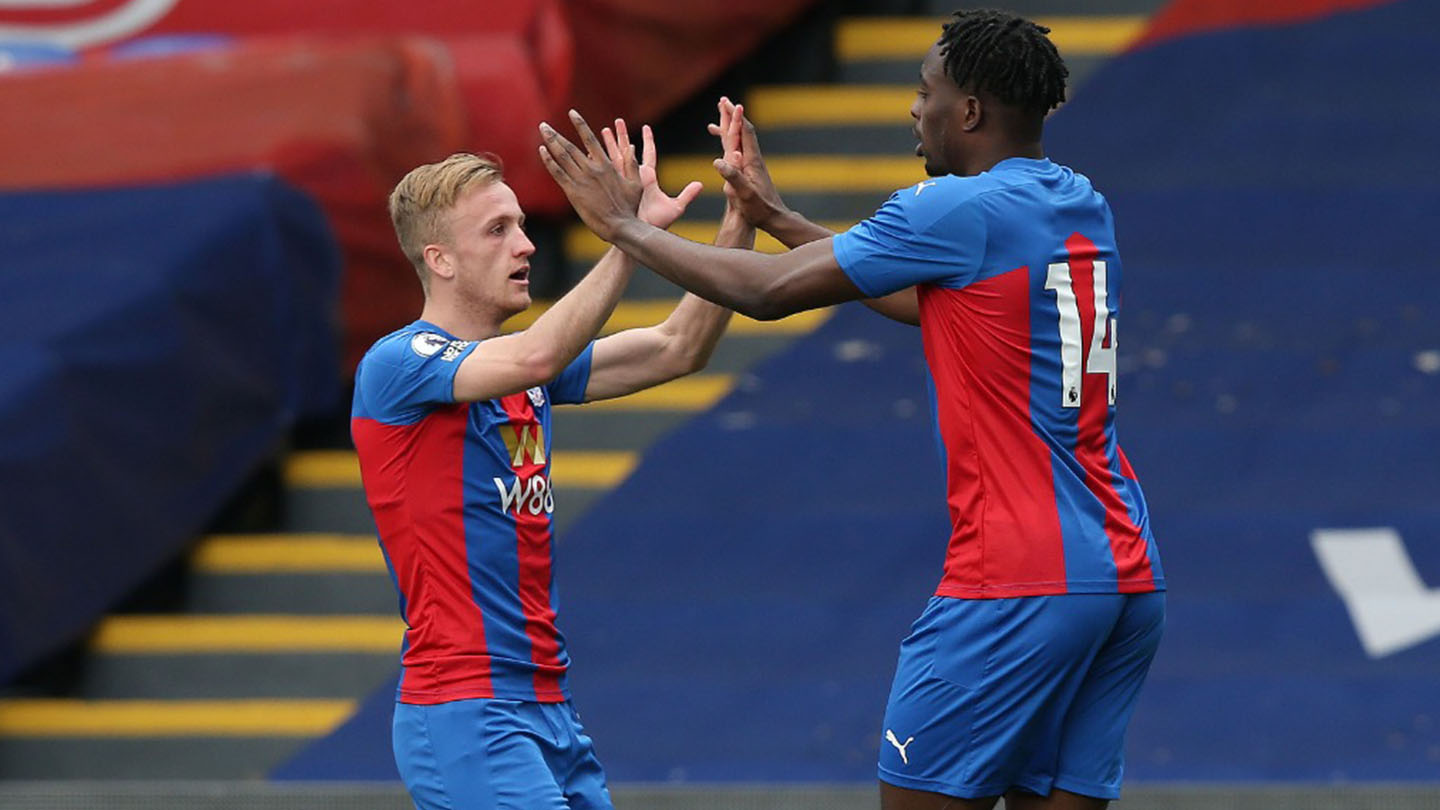 Minutes before half-time, this back four were unable to prevent a Stoke effort from hitting the target – but thankfully goalkeeper Ollie Webber was alert enough to instinctively deny Douglas James-Taylor low to his left as the Stoke forward volleyed from 12 yards.

Palace began the second-half with the same dominance they showed in the first, with Dann just deflecting a David Boateng ball wide of goal.

The centre-back’s touch came inches from opening the scoring, but Palace would have to wait just 30 seconds more before taking the lead. Dann was involved again as he lifted the ball upfield to Reece Hannam, who played a smart one-two with Street before bursting down the left-wing.

Looking up, Hannam - who has been part of recent first-team squads - planted the ball perfectly onto Mateta’s head, the Frenchman happily powering home from 10 yards out.

Supporters then switching off for anything over a minute could be forgiven for missing Palace’s next goal – their second of the afternoon looking like a replay of the first. Hannam again found the ball at his feet close to the box on the left-wing and lofted a sublime cross towards the hungry Mateta.

Nearly repeating his exact actions of moments before, Mateta thrust the ball home again with his head, sending it high past Hemfrey. These mirror-image goals put Palace in a confident position: two ahead just minutes into the second-half.

The first-time cross. The header.

Perhaps it was this apparent comfort that allowed Stoke back into the game and, after a barren first-half, the Potters netted the game’s third goal in 10 minutes shortly before the hour-mark when Ethon Varian shot in from the edge of the box.

Palace reacted well to conceding but couldn’t further their lead – Mateta failing to claim his hat-trick as he wriggled into space in Stoke’s box before firing over an unguarded goal.

However the Potters appeared buoyed by their ever-developing fightback, and eventually pulled level when D’Margio Wright-Phillips prodded home from four yards after a physical scramble on the goal-line.

Palace players argued their case for a foul on Webber preceding the goal but were told to drop the argument and prepare for the final 15 minutes; the two sides again level with all to play for.

The visitors’ equaliser boosted their energy going forward and Palace found themselves under sustained pressure for the first time. Webber held a long-range shot before pressuring Varian as he headed over the bar.

Again though the Eagles held their own at the back and prevented Stoke from taking an unjust lead - instead reasserting themselves on the game and pushing their guests back to a more even tempo.

This well-matched conclusion lasted to the final minute, but neither side could clinch a victory at the end of an entertaining and eventful second-half.

The point leaves Palace in fourth place - sitting on 30, one behind third-placed Wolves. Stoke, in second place, are now on 37.

Stay tuned for highlights of this clash on Palace TV by clicking here or 'Palace TV' within the app.