Palace entered Sunday’s match after three consecutive games in a week, starting with a fantastic 4-1 victory over London Bees and ending with a 2-1 win in the Continental Cup against Lewes. However, this may have taken a toll as the 10-player Eagles couldn’t sustain their first-half energy against L

The first-half showcased a close competition, emphasised by both sides occupying neighbouring spots in the league table and jostling for control.

Leicester City took their first shot in the opening two minutes, but it was a great, fizzing cross from Bianca Baptiste, capitalised on by Khassal, that sparked the first goal of the match as the latter struck home within two minutes from close inside the area.

Baptiste maintained her focus as the in-form striker made the most of a loose ball in the box, but her shot was saved well by Leicester goalkeeper Kirstie Levell.

However, opportunity soon presented itself for City to equalise as a corner by Charlie Devlin set up a decent chance, but a misjudged attempt from Sophie Howard ultimately went wide. Flint was later denied twice, with the first rebounding from the crossbar, before the second was superbly saved by Palace’s Chloe Morgan. 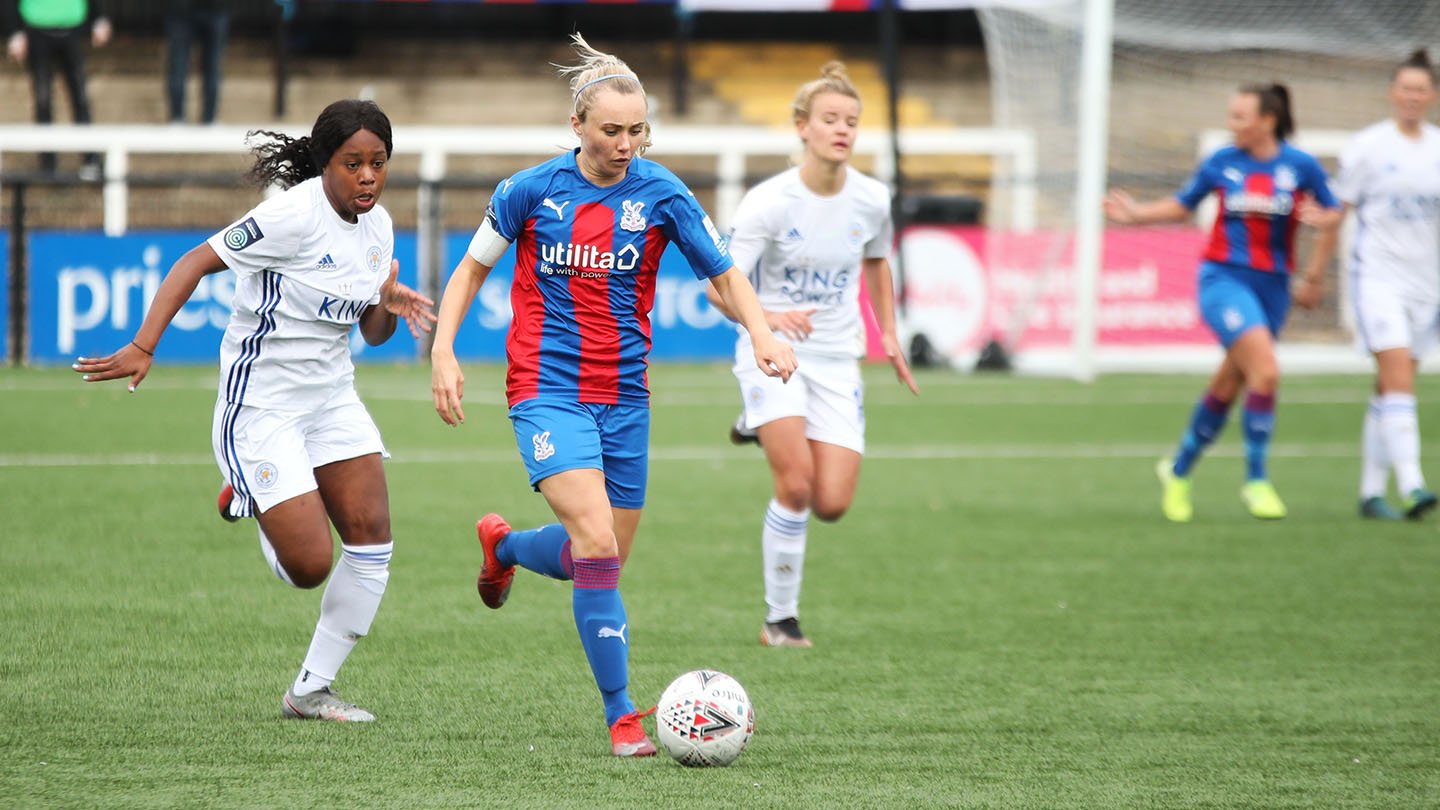 Around the half-hour mark, the visitors broke Palace’s lead after a spell of chances with a leveller from City’s Allen and as the Foxes’ confidence increased they soon slotted home a second from Flint.

An uphill struggle grew even tougher for Palace when Amy Taylor saw red for a late challenge on Howard but, although Palace entered half-time behind their opponents, plenty of opportunity remained for the south Londoners to regain control.

The second-half showcased a more dominant City, as Paige Bayley-Gayle aimed fire almost immediately but was blocked by another strong save from Morgan.

Jonathan Morgan’s Foxes then struck again, as an assist from Lia Cataldo teed-up Allen’s second and City’s fourth goal of the match.

But this pressure didn’t end the Eagles’ fight, with the south Londoners determined to find another goal, as Siobhan Wilson took a decent long-range shot that flew just over the crossbar.

The match ended in disappointment for the home side, however, as Leicester City left London as victors with a harsh four goals to Palace’s one.