Crystal Palace were only able to pull two goals back against Bristol City on Thursday night with a superb brace from substitute Bianca Baptiste in the late stages of the game, however the Robins claimed a convincing 4-2 win at Hayes Lane after taking a four-goal lead.

Crystal Palace entered their second Continental Cup game of the campaign, having picked up a 2-1 win against fellow Championship side Lewes in the competition’s first matchround. Meanwhile, Bristol City claimed a 4-0 triumph over London Bees in their first game of the group stage, despite their poor start in the Women’s Super League.

Palace enjoyed the game’s first shot within five minutes of kick-off, with Amber Gaylor just striking wide - unable to test Sophie Baggaley in goal. Just moments later, Bristol City got their first chance as Emma Bissell delivered a low cross in the area only for her teammates to eventually be called for offside.

They then sustained their dominance when Abi Harrison produced a powerful shot which was calmly denied by Palace’s Emma Gibbon. The visitors came close again just minutes later as Carla Humphrey hit the crossbar, with Chloe Logarzo then producing a thunderous strike just over the goal.

The deadlock was eventually broken in the 19th-minute as Ebony Salmon delivered an excellent ball into the box, which resulted in a cool finish from Bissell towards the bottom left corner - putting the Robins 1-0 ahead.

Matters only got worse for Palace when their guests were awarded a penalty in the latter stages of the first-half as Amy Goddard hauled down Logarzo in the box and was consequently booked. The Australian made no mistake from the spot and fired into the left side of goal, with the shot proving too powerful for Gibbon. As a result, Tanya Oxtoby’s side secured a comfortable 2-0 lead, with Palace struggling to get into the game. 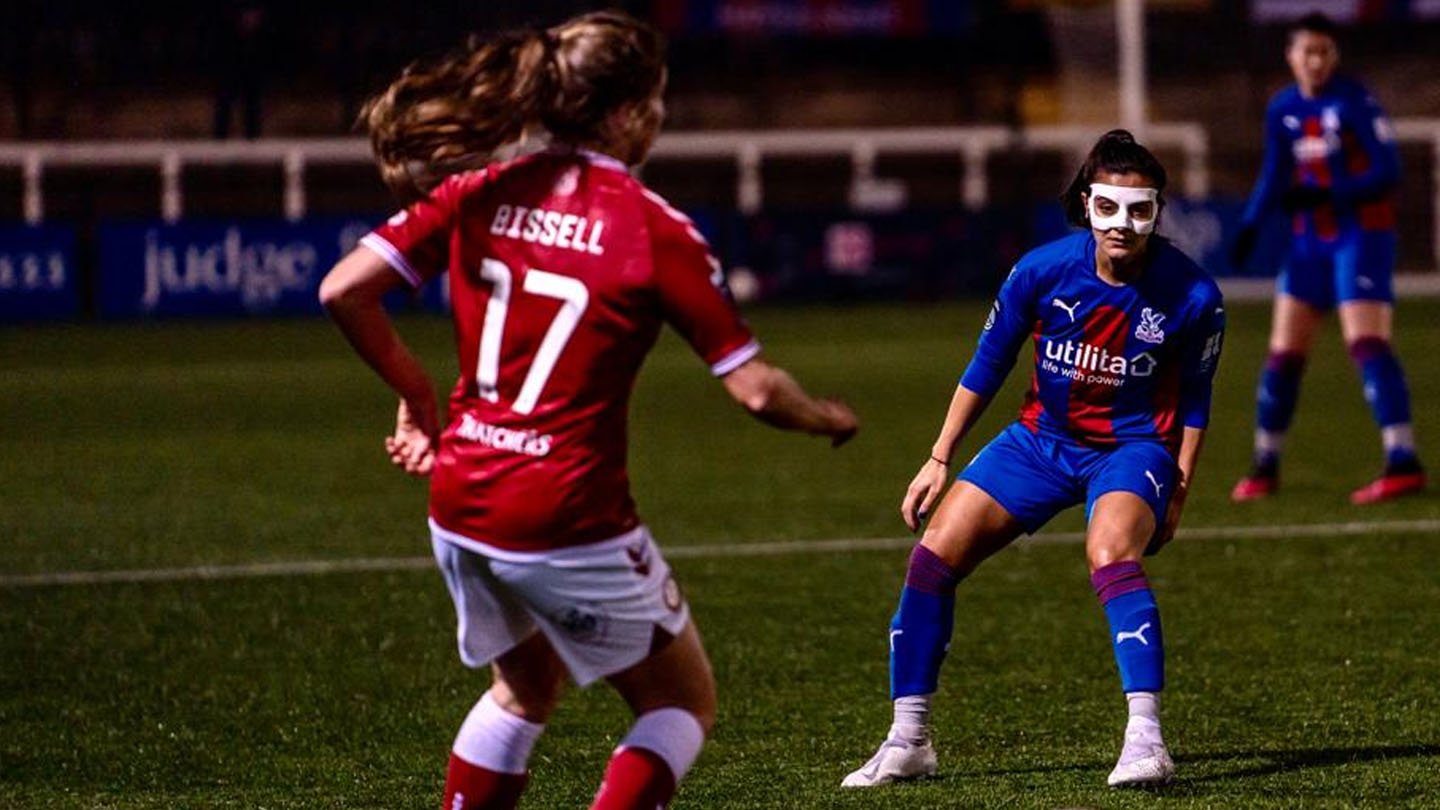 However, it appeared that City were by no means done, with the visitors constantly looking a threat in attack. Shortly before half-time, Logarzo got her second of the game, with the unmarked midfielder enjoying a simple finish on the end of Ella Mastrantonio’s lofted ball.

With Dean Davenport hungry to turn the game around, Bianca Baptiste and Hannah Churchill replaced Georgia Clifford and Andria Georgiou in what would prove a crucial change.

City started strongly in the second-half as Charlie Wellings slotted into the bottom left corner, making it 4-0 in the 51st-minute despite the calls for offside.

In the face of the visitors’ dominance, a beautiful solo goal by Baptiste brought Palace back into the match, with the forward slotting home in the 55th-minute. Baptiste went one-on-one with the defender before cutting back on herself and producing a smart finish.

Just minutes later, Baptiste got another - finding a rebounded shot and scoring from close range, proving to be the perfect substitution as she made the game 2-4. Bristol had seemingly switched off in the early moments of the second-half, with the hosts getting two goals in quick succession.

The Robins thought they had earned a fifth in the 65th-minute, however Harrison’s effort was ruled out for offside, ensuring Palace’s opportunity to produce a dramatic comeback remained on the cards.

But City would enjoy the last flash of hope in the game’s late moments when Lugarzo was awarded a free-kick in a promising area. Jenna Purfield took the set piece, but her curling effort just went wide.