All the info you need for today's Beer Festival

It is still not too late to grab a ticket for the event - £20 on the day - but for those of you already attending or for those of you that need that final push to head down to Selhurst, here's what's going on.

We'd advise all guests to bring identification to prove you're old enough to attend the Beer Festival.

How to buy drinks

You can purchase drinks tokens around the ground, which will be used to exchange for your beers, ciders, Palace wine (including the brand new Eagle Rose), as well as drinks from the Tanqueray Gin flower wall, and Pimms stand.

Supporters wishing to watch the legends match can enter via the Main Stand via the Wright and Bright Lounge entrance at E11. No turnstiles will be open for this game. Free admission for all ages. 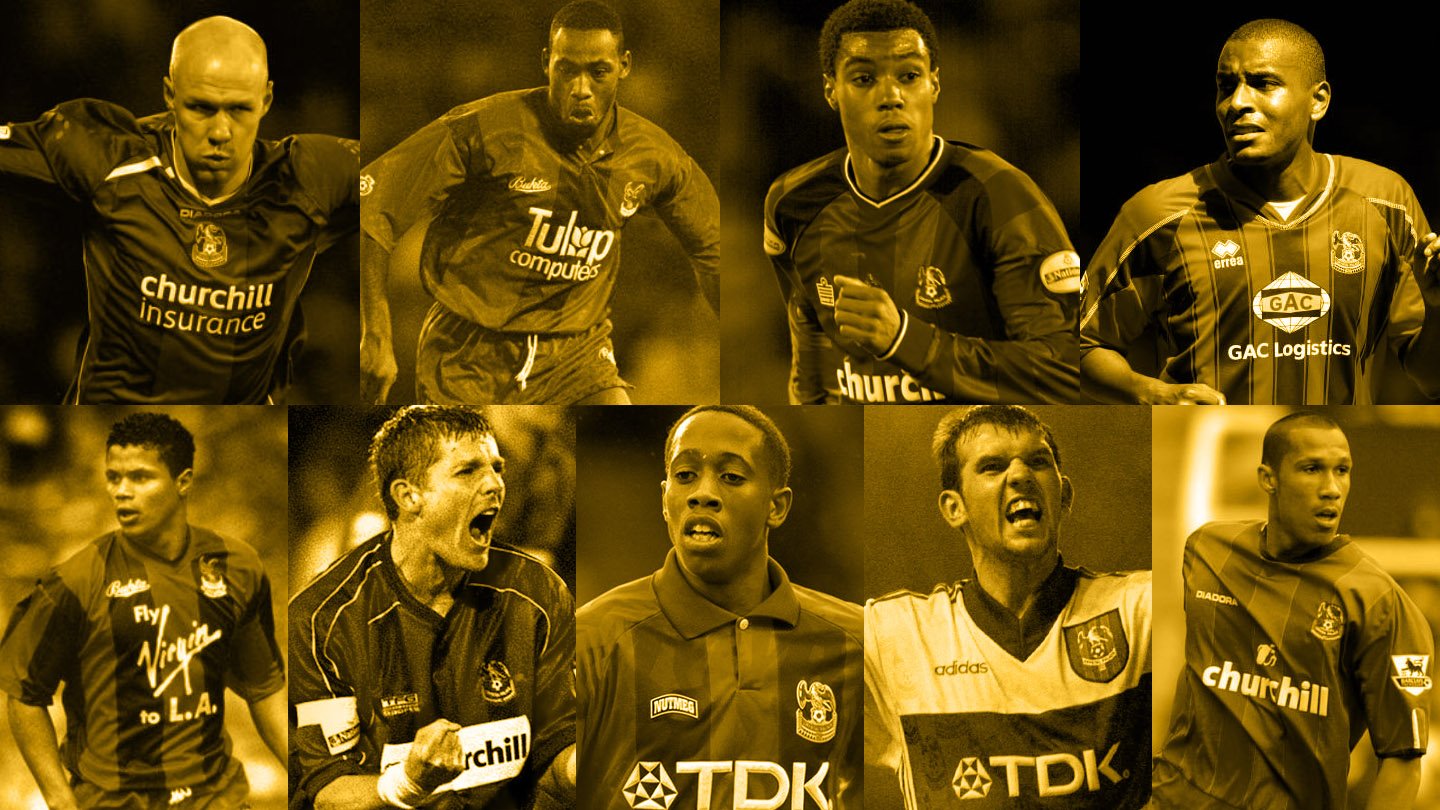 There will be over 200 ciders, beers and ales to sample throughout the day. But to just highlight a few:

One Mile End brewery are bringing along a beer called 'Juicy 4pm' which, if that isn't a reference to Palace's superb 3-2 win away at Arsenal at 4pm a few Sundays ago, then we don't know what is.

Higsons brewery are supplying 'Best Bitter' & 'Single Hop' - the latter is stronger at 4.8% - however, we were wondering if they'd be open to name change: Hodgsons brewery.

Lincolnshire Brewing are, like all Eagles, huge fans of our 2005 Young Player of the Year, Tom Soares, with beer fest-goers able to try a pint of 'Great Tom'.

In between grabbing a photo with Andrew Johnson, reliving the Zenith Data Systems cup final goal and victory with John Salako, whilst sipping on some of Neil Morrissey’s Palace Ale, be sure to checkout some of the hottest bands in and around the south London scene. 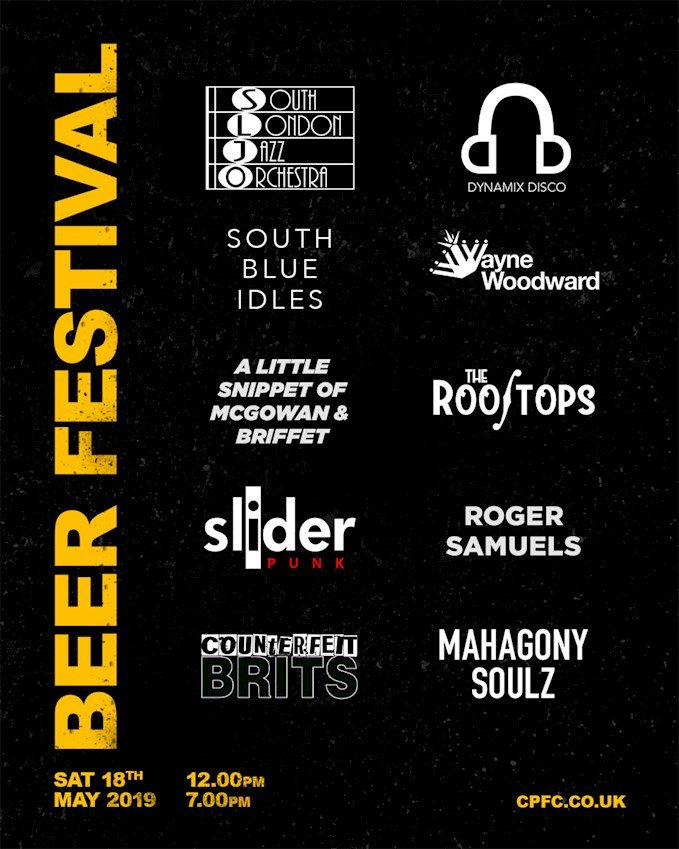 Come for the beer, leave with a memento. The pint glass is included in your ticket price. Result. 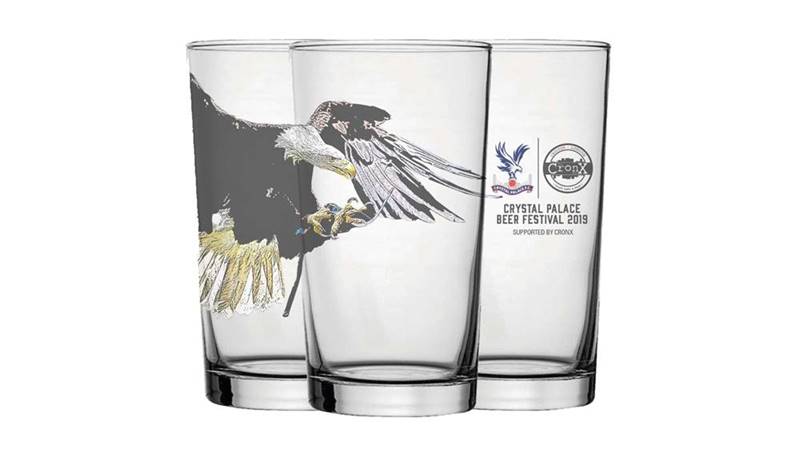 Guests will also be able to keep an eye on the FA Cup Final live on the giant screen.

Two of Palace's best known faces are heading down for the 2019 Beer Festival and will open the annual event to punters: former co-chairman Stephen Browett and 'Men Behaving Badly' star and brewer of 'Palace Ale', Neil Morrissey.

To grab your discounted ticket for this year's event, simply click here now. By buying your ticket online, you'll save £8 and receive your commemorative pint glass on the door.