Brandon Pierrick: “I had my opportunity and I think I took it”

Pierrick opened the scoring in the 31st minute with a calm finish in the box, before adding a brilliantly taken second from 20 yards in the 72nd – twice sending Palace into the lead against the League One side.

Speaking post-match to Palace TV, Pierrick said: “I’m excited, I had my opportunity and I think I took it. I’m pleased with my performance.”

Pierrick featured for the Under 23s towards the back-end of last season, but tonight is undoubtedly a significant occasion in his development – under the watchful eye of Roy Hodgson and a packed house. Seemingly unphased, he said: “It’s obviously a big step-up – but I think it’s important in situations like this to just keep your cool. There’s the crowd’s shouting random things – you’ve got to zone out and play your game, and keep at it – that’s the most important thing.” 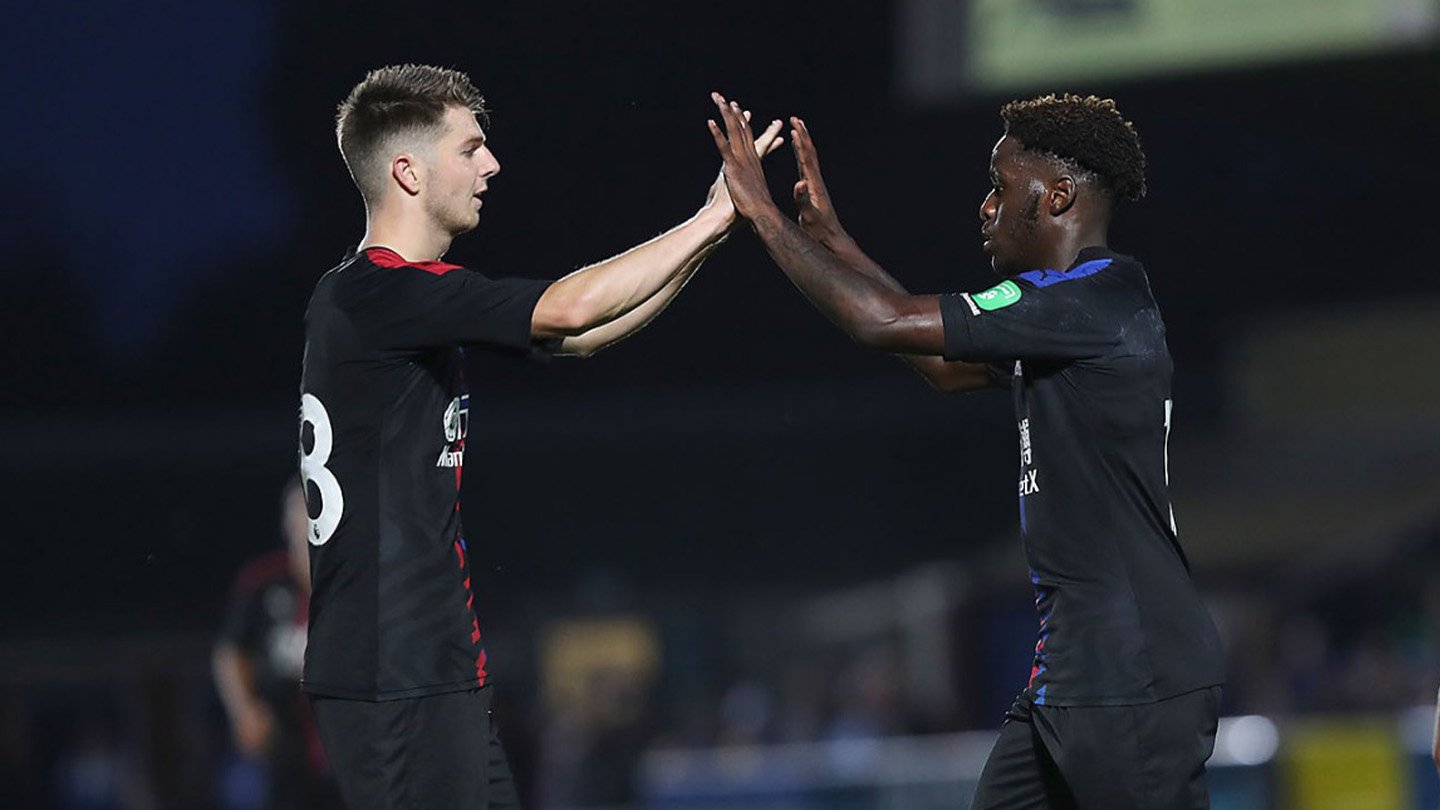 Analysing his first strikes for Palace this pre-season, the forward said: “I saw Connor going through – there was some sort of luck, there was a deflection – and the ball just landed to me, I put power through it – and it just went in.

“With the second, I sort of turned, saw a space in the corner – I just thought ‘why not just shoot!’; I was pleased to get two.”

Pierrick was playing alongside Connor Wickham, who was a huge presence on the pitch – despite not adding to his pre-season tally.  Pierrick was keen to absorb as much as possible from Wickham, adding: “It was a good learning experience – because he talked to me throughout the game. It was important for me, I was building my confidence throughout the game – and he helped me throughout. I thought we were a good partnership.”

First team coach Dave Reddington – who managed the side this evening - was extremely pleased with the talented and powerful forward, having coached Pierrick when Academy coach. Pierrick was equally complimentary, saying: “It was good to be back with him – he’s a good coach and brings out the best in players.”

Looking ahead to the season, Pierrick said: “Most important for me is to rack up as many goals and assists as I can, and train with the first team as much as I can.”