The centre-back made clear that he hadn't had a chance to rewatch the incident but said that, from where he was on the pitch, "it looked like an honest challenge."

He continued, saying: "It seemed to me as if Christian jumped up on both of them [yellow card incidents]. When you’re a centre-back and big striker going for the ball you know you have to jump with your arms.

"I think if he made a movement towards the guy [Tomas Soucek] then fair enough. But he’s jumping up straight, the guy’s jumping up from behind. That’s how I’ve seen it anyway but I’ll have another look.

"He [Benteke] is obviously disappointed. He doesn’t feel as if he should have been sent off. On another day it could have cost us the point that we’ve come away with. Things like that are hard to take. The referee might look at it again and think it was a mistake - these things happen and we just have to get on with it.

"Obviously you lose him for the last 30 minutes of this one, but the way he’s been playing since he came back into the team, he scored again tonight, played really well against Tottenham, looking really sharp up there with Wilf [Zaha]. You go into the Liverpool game now without him which, for us, is a big loss." 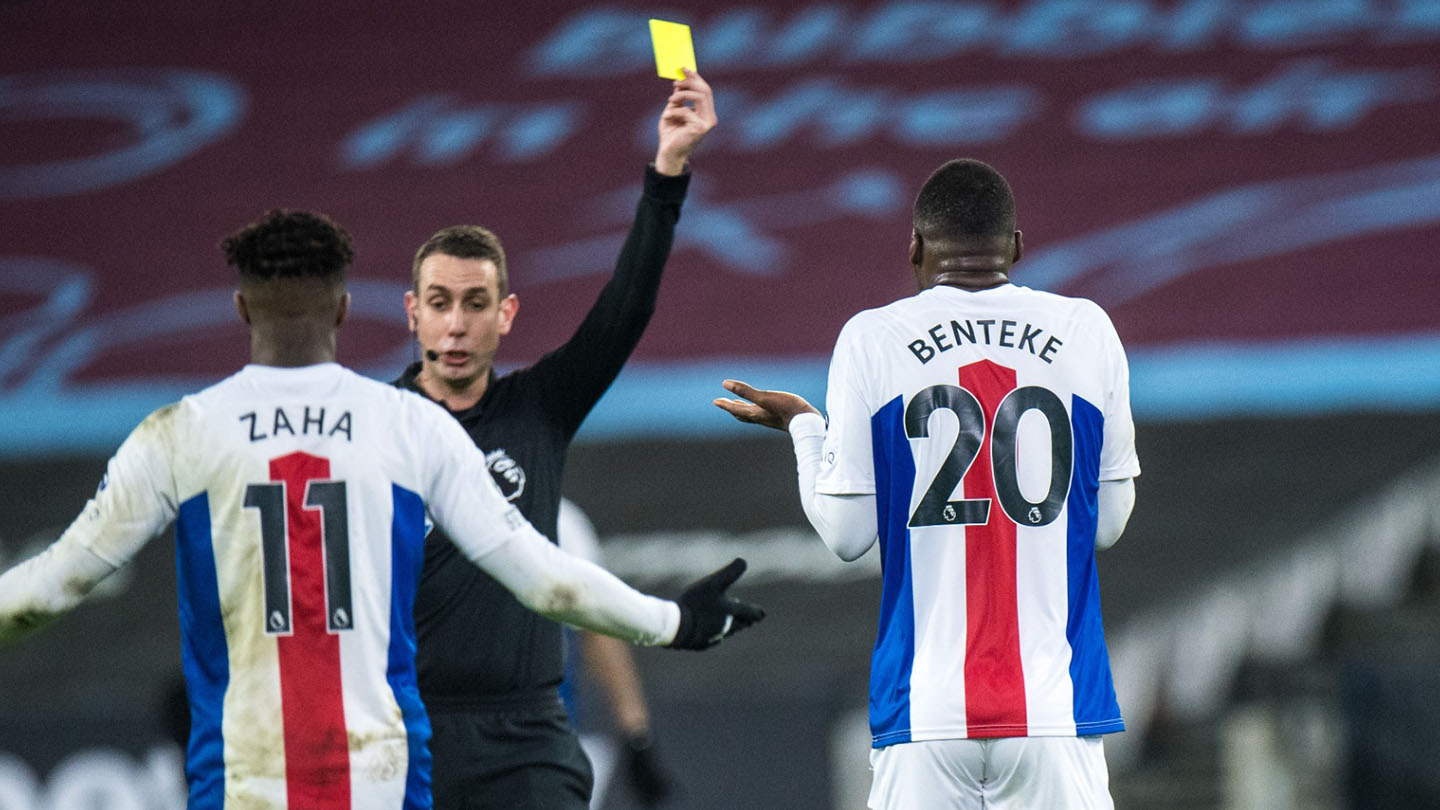 On a more positive topic, Dann also reflected on an impressive 90 minutes for Palace, discussing his views on a game the Eagles arguably could have won.

"We got off to a good start in the first-half, probably deserved to be in at half-time at 1-0. Then they score the goal and Christian gets sent off and it can be a long 30 minutes at the end. We’ve shown in the last couple of performances the types of quality we’ve got. Tonight we had to show a different type of quality in the end to make sure we see it out and get a point.

"I think the way we were playing, we had a couple of chances - Christian had a really good chance late in the first-half. We were getting into some dangerous positions. If we were critical of ourselves, we probably could have been another goal to the good but it’s a difficult place to come.

"We knew they’d come out for the second-half and change the way they’re playing. [Sebastien Haller] scored a great goal, but I was disappointed because up until the sending off I felt we were going to go on and maybe win the game."

Stay tuned to Palace TV by clicking here or 'Palace TV' within the app for full match highlights and reaction.