The man in question is Ronaldinho and Eze is speaking with the excitement of an eight-year-old boy, enamoured by his idol’s ability to entertain.

It’s not such a jump from that young boy to Eze today, with the Palace midfielder retaining much of his formative wonder for the great Brazilian.

“Honestly,” he continues, “we’d come home from school or whatever we were doing, go on the computer and just type in ‘Ronaldinho’. Any video we saw, whether it be him playing football or doing whatever, we just watched it.

“There’s probably no video you could show us that we hadn’t seen before. Even now, I type in ‘Ronaldinho’ and still watch him. That’s how much of an impact he’s had on me.”

It’s all too easy to inflate a footballer’s affection for another player beyond reality, with most naming their generation’s prescribed idols when asked. In today’s game, that starts with Zinedine Zidane, moves on to both Ronaldo and Ronaldinho, continues with Thierry Henry and, inevitably amongst the Academy ranks, ends with Lionel Messi or Cristiano Ronaldo.

But Eze’s reverence for Ronaldinho extends beyond platitudes trotted out to the press: a fascination with football’s ability to enthral was birthed by his example.

Today, as Eze glides across the pitch, ball gripped as tightly to his boots as an occasional hairband is to his head, Ronaldinho’s influence is shown in more than just childhood anecdotes.

“Growing up watching Ronaldinho, he’s the perfect example of an entertainer,” Eze says.

“Of course I don’t play the same as him or anything like that but it’s just having that idea of: ‘I want to enjoy myself and while I enjoy myself I’m positive that I’ll be entertaining people as well.’”

It’s appropriate for a man who idolises a Barcelona icon that today Eze plies his trade in Croydon – jocularly referred to as ‘concrete Catalonia’ due to the density of talent it produces.

The 22-year-old has spent most of his life in south London, becoming another beneficiary of the area’s impact on footballing development. At school in Greenwich, Eze competed in the same team as Middlesbrough’s Marc Bola and Queens Park Rangers’ Bright Osayi-Samuel, with Forest Green Rovers’ Ebou Adams just two years above. 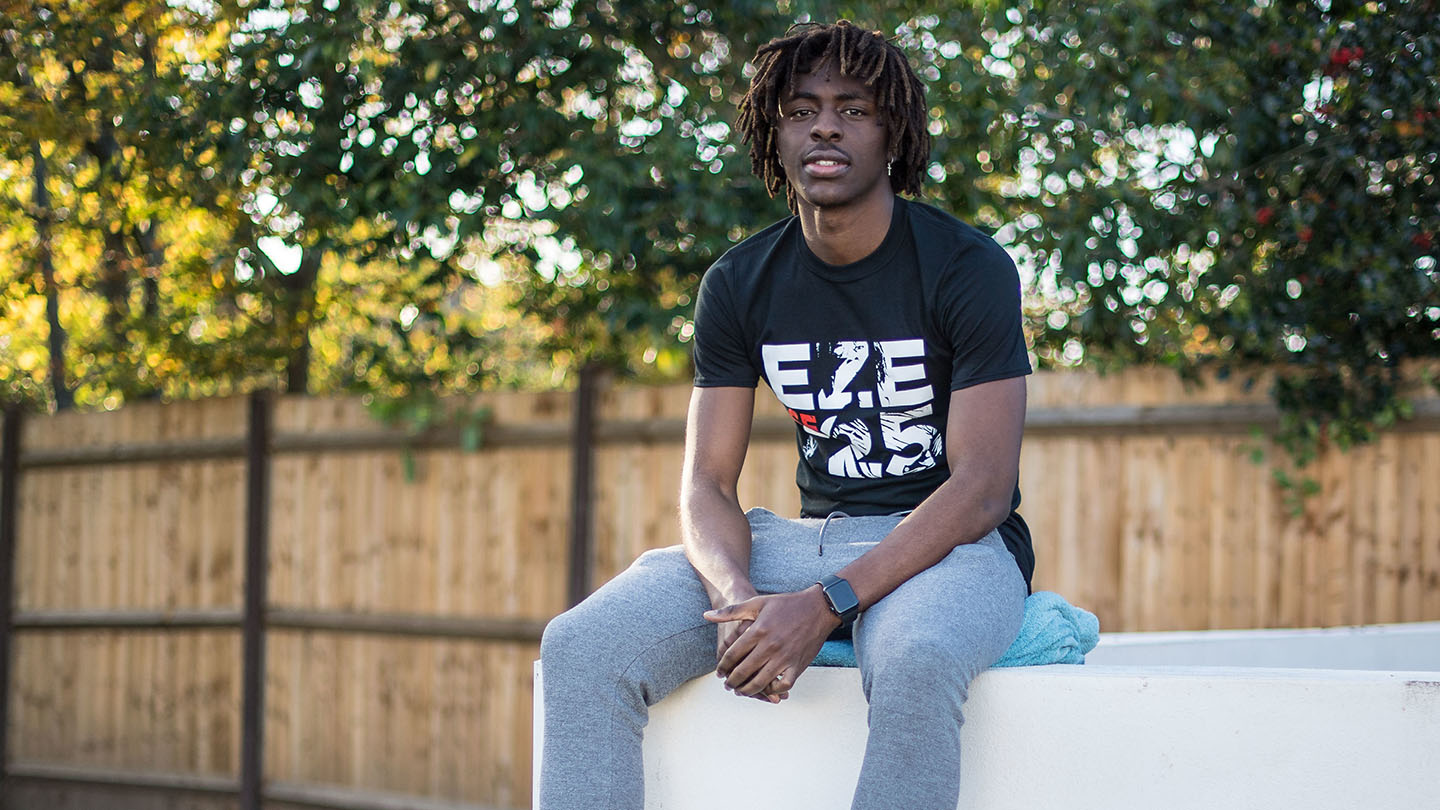 Continuing the lineage of Kenny Sansom, Vince Hilaire, John Salako and, today, Wilfried Zaha, Eze is another eye-catching south Londoner thrilling fans at Selhurst Park with splashes of the cage football he grew up consumed by.

“You can’t take anything away from the cage,” Eze says. “You see in London, south London in particular, the amount of talent that’s come from playing in cages.

“You’d get home from school at maybe four o’clock and be there till nine or 10, until you’ve got to go in. Your mum’s calling you in but you don’t want to go because you just want to play football.

“For me, and I’m sure loads of other London boys, it’s where you learn first, where you get to express yourself and just enjoy playing football - no judgement of any coaches, no scrutiny from anyone. You’re just literally enjoying yourself, which is what you want to do at as high a level as you can.”

And there, again, Eze reveals flashes of Ronaldinho; a glimmer of the aspirational boy staring at the same YouTube video over and over and then trying to replicate what he’d seen on the pitch. 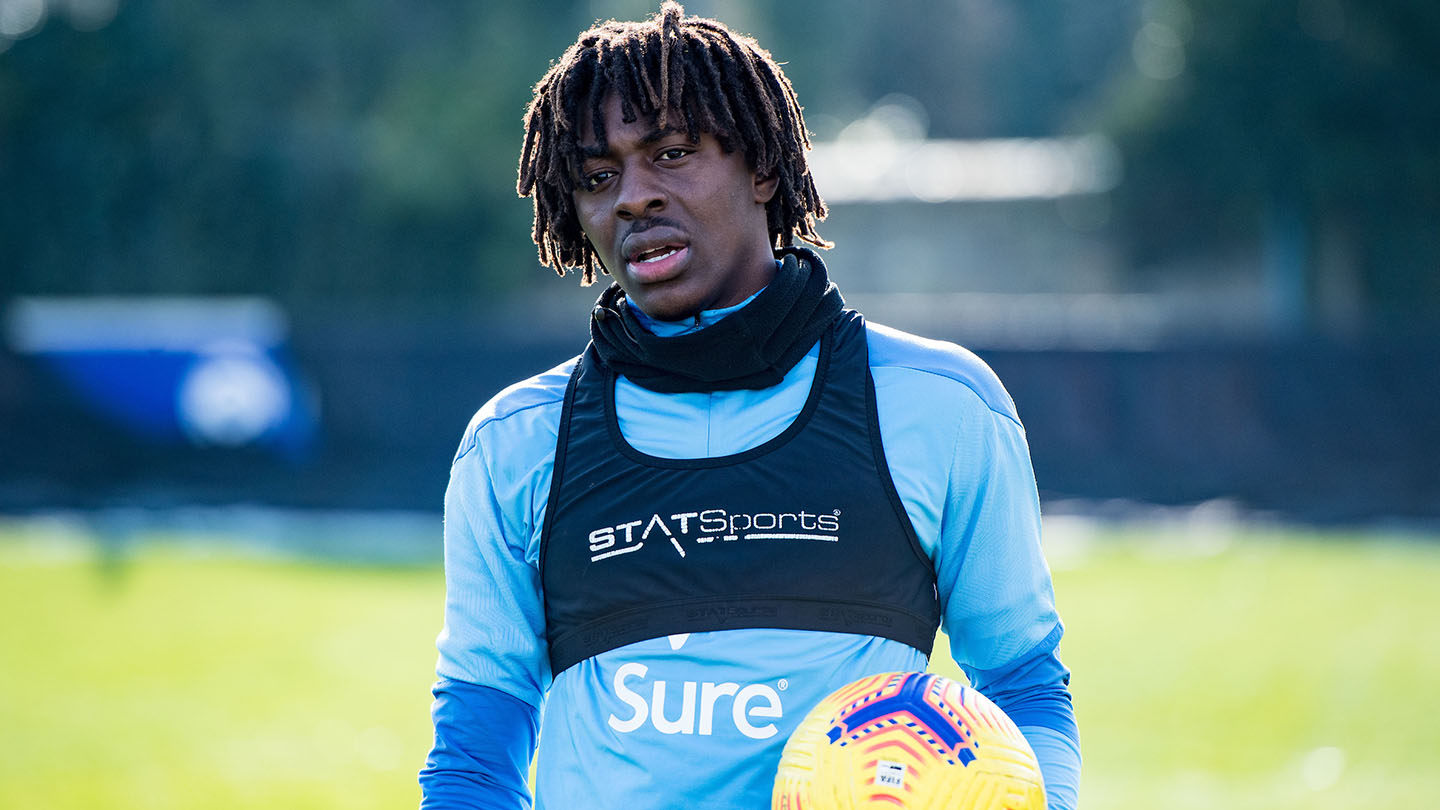 But, as with most young footballers, the midfielder found his way into the academy system, where a well-documented but brittle experience developed his mental strength and more conventional footballing talent.

It was an education that still required a rawer grounding in informal football.

“I don’t know if I learnt more [in the cage],” Eze says, “but I definitely feel I could express myself more. I feel like I would do things there I maybe wouldn’t do at an academy. But it was then trying to get into the mindset of doing what you did in cages and bringing that to academy football.

“At a young age, you don’t know the difference – you’re just playing football how you’re playing football… That’s the age where you start to think: ‘I’m not sure if I can do what I’m doing here on the pitch.’ But the aim is to try and translate it as well as you can.”

That successful translation came to the fore most clearly when Steve McClaren took over at QPR and handed a 20-year-old Eze the No.10 shirt. No longer an unpolished prospect, Eze was tasked with handling adult football as a responsible equal, unshielded from the glare of criticism and strain of a results-based industry.

He initially thrived, scoring three and assisting four in his opening 18 games of 2018/19. But then the Hoops’ talisman began to fall quiet and, in February 2019, failed to feature in his first league clash for 32 games.

“I started the season really well, scored a few goals and was playing full of confidence,” he says. “But then what was to my detriment was looking at Twitter too much or Instagram and seeing things that people say. Comments of: ‘He’s linked with this place or that place and is going to be going here.’

But Eze already knew how to handle this newfound challenge. The answer, again, lay in his earliest years.

“The way you’re brought up and the resilience you get from playing in the cage and from experiencing different things – it sort of numbs the feeling of someone else’s opinion of you. You’ve got control of that.

“Over the past year I’ve learnt that you can’t let your emotions dictate the way you behave and the way you act. More often than not I think the more consistent you stay, the easier it’ll be to handle anything that comes.”

Today, crucially, Eze has got back to enjoying football – it’s how he regained his spot at QPR and secured his first Premier League move. Unburdened by the tide of opinion, pressure of academy football and stress of overthinking, Eze can play how he wants; like an eight-year-old boy inspired by Ronaldinho. Just like he’s meant to.

READ NEXT: Zaha reveals his advice to Eze