England cricketers Joe Denly and Sam Billings joined in a full training session with Crystal Palace FC last week, as the batsmen prepare to travel to New Zealand with the national side for a Twenty20 Series and two Test matches. Roy Hodgson and Joel Ward also visited Kent Cricket's Academy facility after training, with Ward taking on a bowling machine under the watchful eye of the manager and cricketers.

Both Denly and Billings play for Kent Cricket whose Beckenham base - The County Ground - borders the Palace training ground. Denly, who was an integral part of England’s drawn Ashes Series last summer, and Billings, who is Kent captain and an explosive top-order batsman, both have football pedigree with Billings once offered trials at Spurs’ Academy and Denly playing age-group football for Charlton Athletic as a winger. 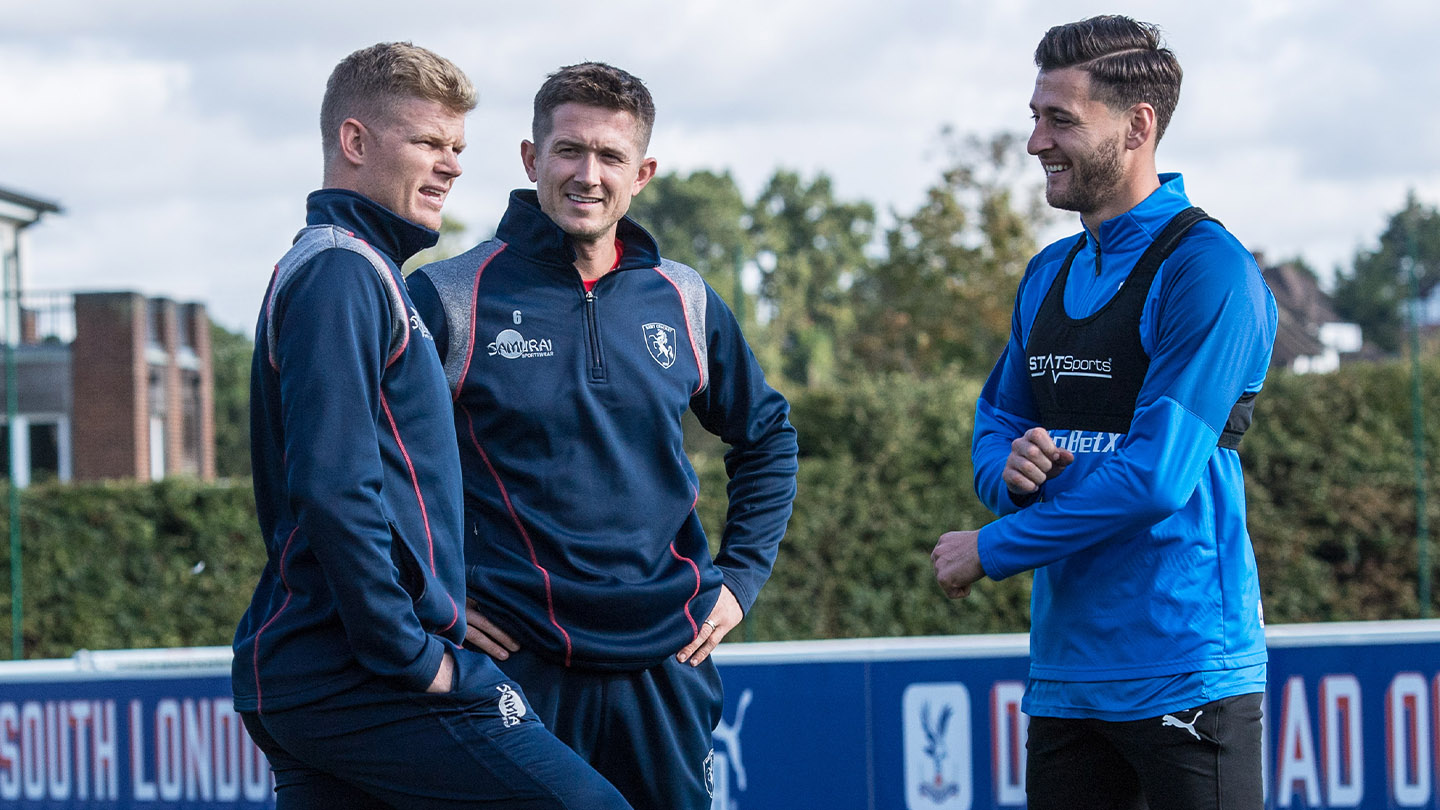 The duo were invited to take part in the Premier League club’s warm-up game of ‘rondos’, where a player is placed in the middle of a group and tasked with intercepting the ball from the outer ring who are entitled to one-touch of the ball only. Unbeknownst to the pair, the game was a form of trial to establish their suitability for participation in the upcoming session. Denly and Billings did enough to impress the coaching staff and were duly offered the chance to take part in most of the the full session led by Hodgson, where they were largely employed to receive long balls from the Palace goalkeepers, before feeding the central midfield players who then began the attacking move. 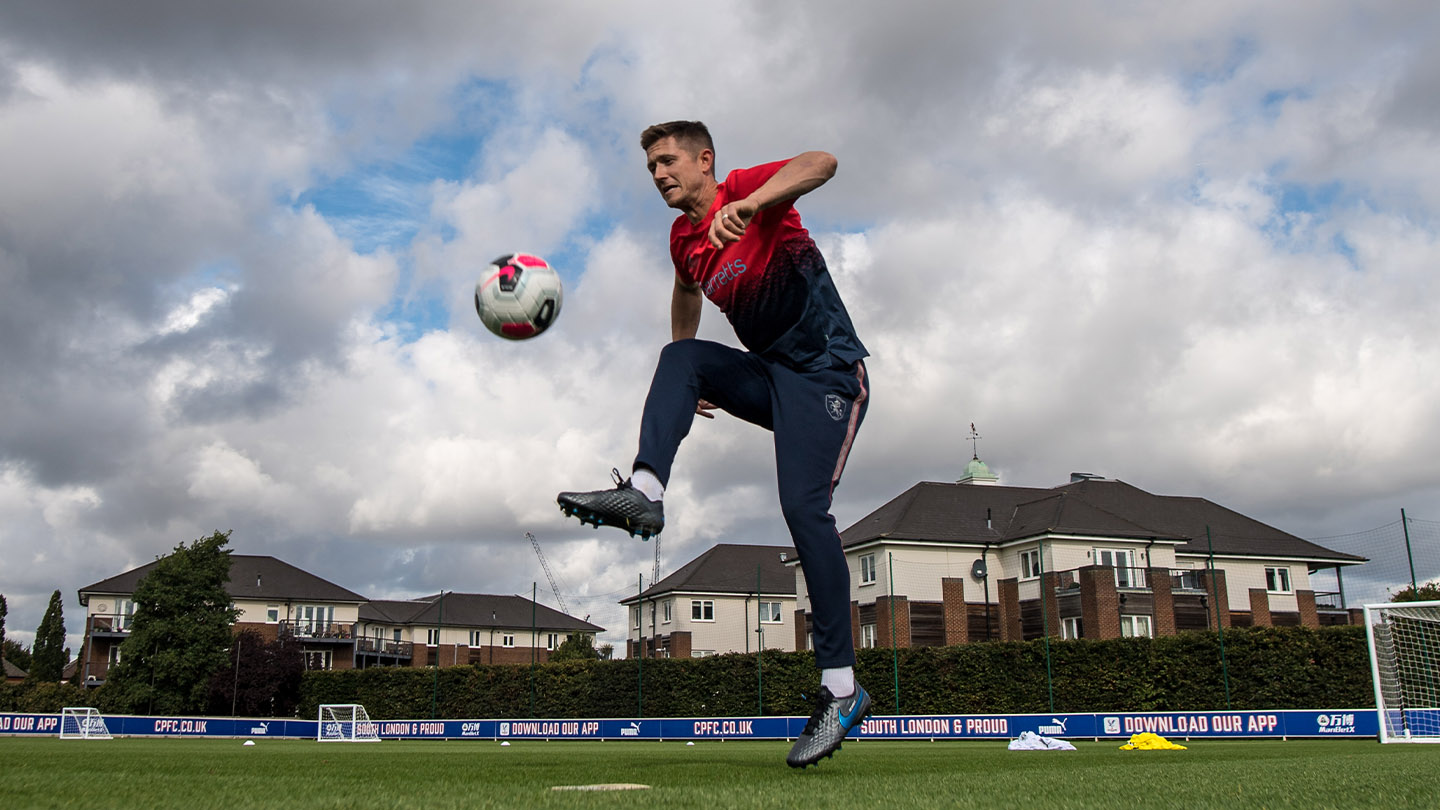 “We may have passed that [first] test, but I’m not sure we passed the main training bit when the keeper was pinging it to me,” said Denly. “It makes you realise – I thought I was a decent footballer coming here today - but I go away thinking rather differently!

“We play football in the warm-ups, but this is different level. The speed and pace they play the game is phenomenal, it was great to witness.”

Billings, Kent Cricket's captain, said: “I enjoyed the session far more than cricket training! It’s great always to see other sports teams train at the top level, there’s always things you can learn from yourself.” 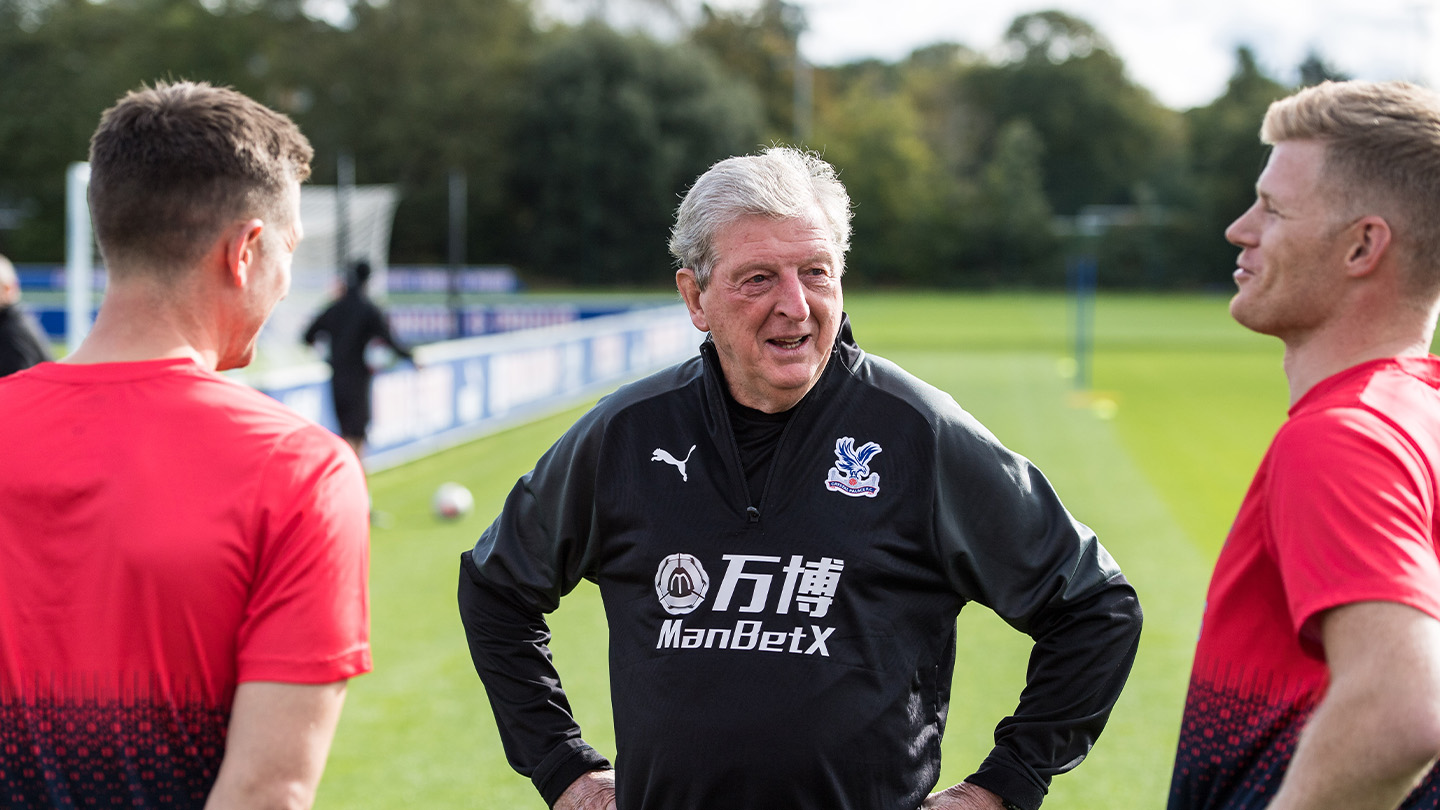 The pair were even invited rare access to Hodgson’s group huddle with the squad, where he outlined his expectations for the upcoming drill.  Billings said the manager’s briefing was “very relaxed, it was good. It was exactly how you think it would be: straight to the point with the detail of what they need to do and get out of it. The lads just crack on really.

“That’s the similarity with all sports at the top level, it’s work ethic. He was saying to us that with some of the guys, you need to take down the intensity if you’ve got a game tomorrow. When we’re training, you can probably put that into some of us as well. It was really interesting. They’re all seriously talented blokes, the speed – and how they move the ball so quickly, that was the most impressive thing for me.” 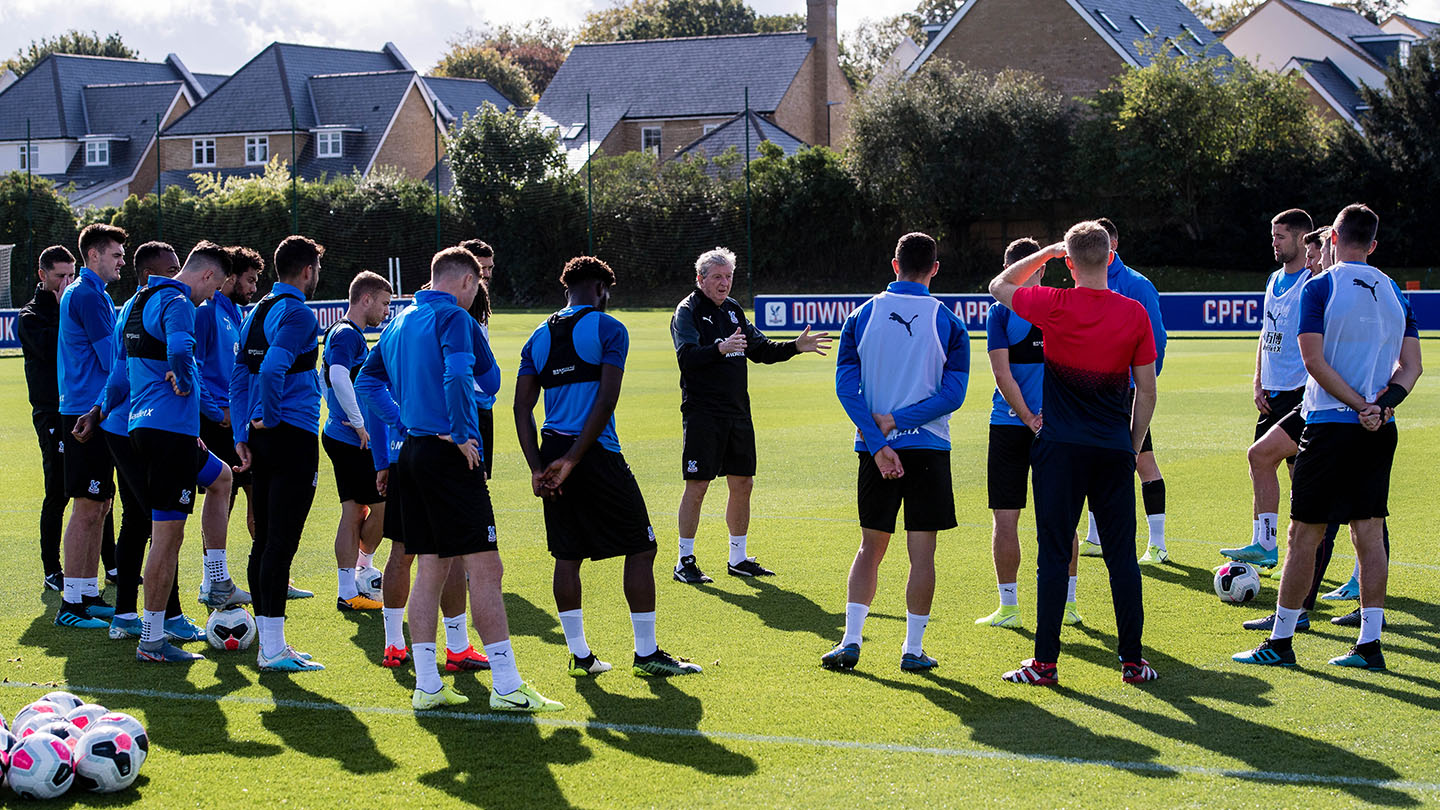 Hodgson and Palace right-back Joel Ward then walked over to Kent’s indoor net facility, with Hodgson feeding balls to Denly on the bowling machine at around the 78 miles per hour mark – a good 15mph slower than the Australian attack the opening batsman was facing this summer.  Denly had a solid summer, and was tasked with occupying a number of positions in England’s batting line-up, with an undoubted personal highlight his 94 at the Oval in the final Ashes Test match which helped secure a crucial win to level the series.

Billings' season was blighted by a shoulder injury sustained in April, but he would finish the season with three consecutive centuries leading Kent to fourth place in Division 1 of the County Championship. 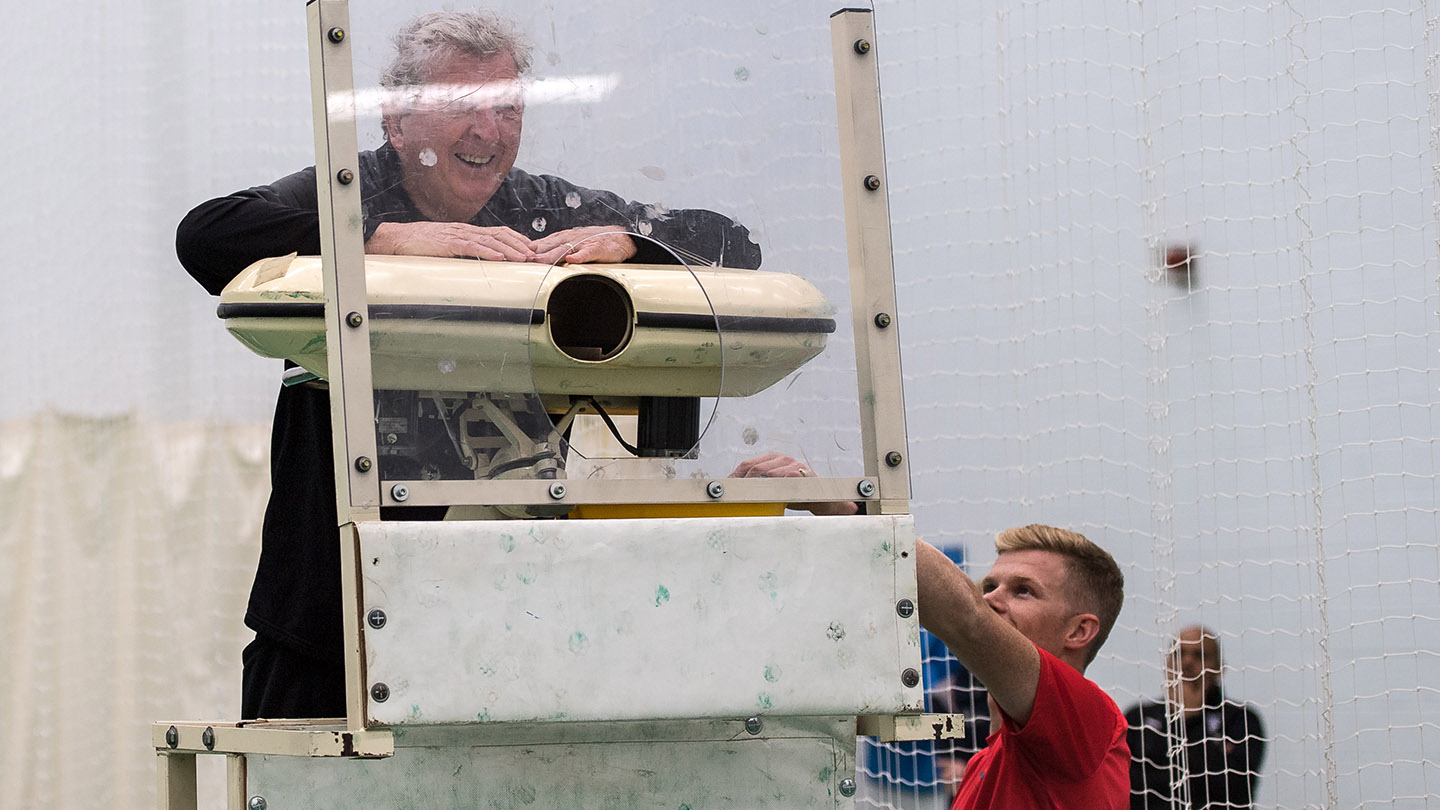 Hodgson recalled that his last game as a cricketer himself was around 1970/71, for Streatham Cricket Club – a club he shared with Palace legend Steve Kember after the Croydon-born veteran manager left school. “I thought I was a batsman, but I wasn’t!” the Palace manager joked.

Palace right-back Joel Ward strapped the pads on, as well as Denly’s England helmet, with Billings observing his technique whilst feeding the bowling machine. After a few false starts with Ward poking nervously outside his off stump, Billings ordered: “Just smash it!” 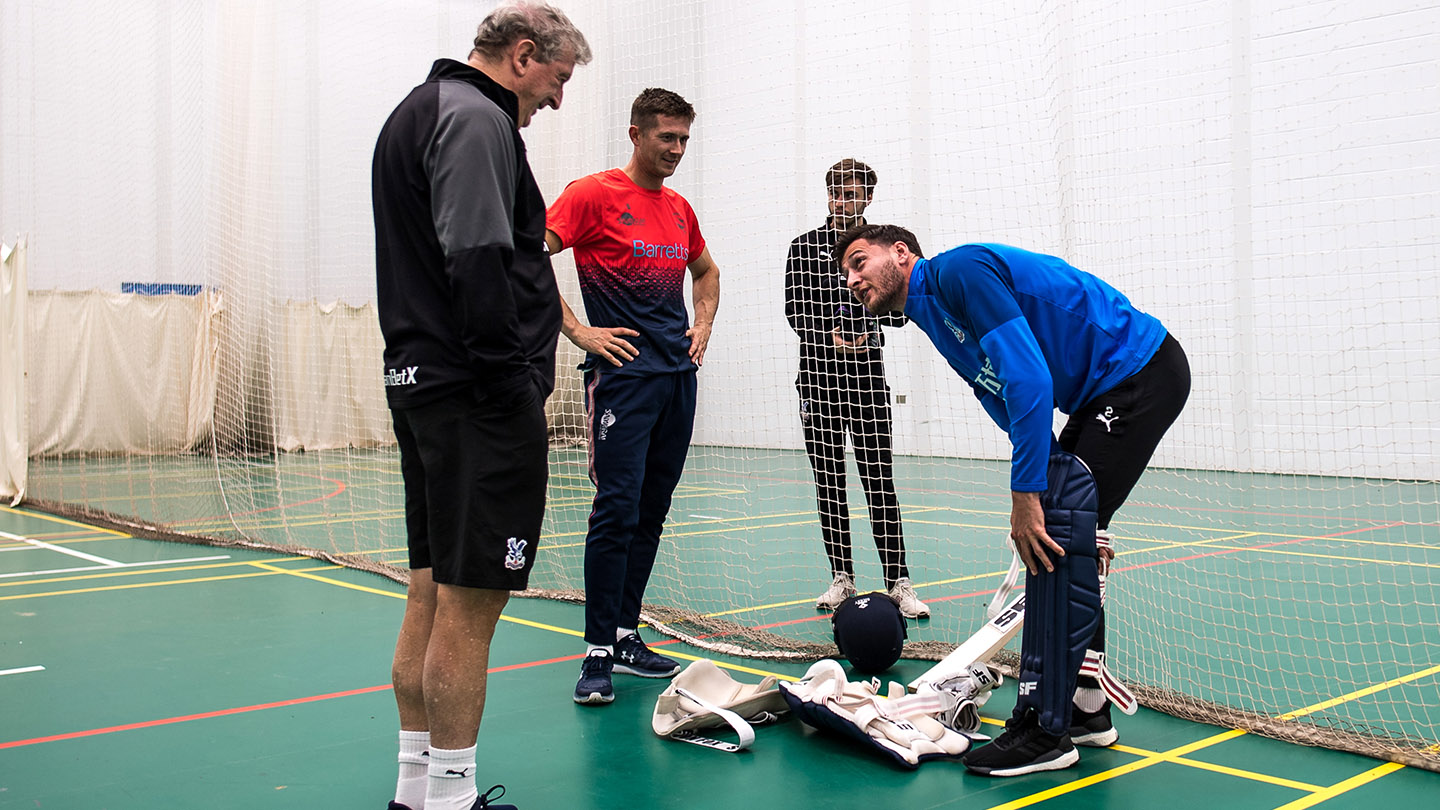 That approach certainly appealed to the defender, who proceeded to middle a series of off drives and straight drives. Ward reflected on Billing’s advice: “Just grip it and rip it! It was easier - the tempo of your swing and position you end up, is far better than trying to be defensive and make contact.  It’s one of those things, until you’ve actually faced it  - when you’re facing a ball swinging here, or bouncing there – and they’re pitching it closer or further away from you, it’s a completely different ball game. The reactions and the speed they can process the ball is phenomenal. 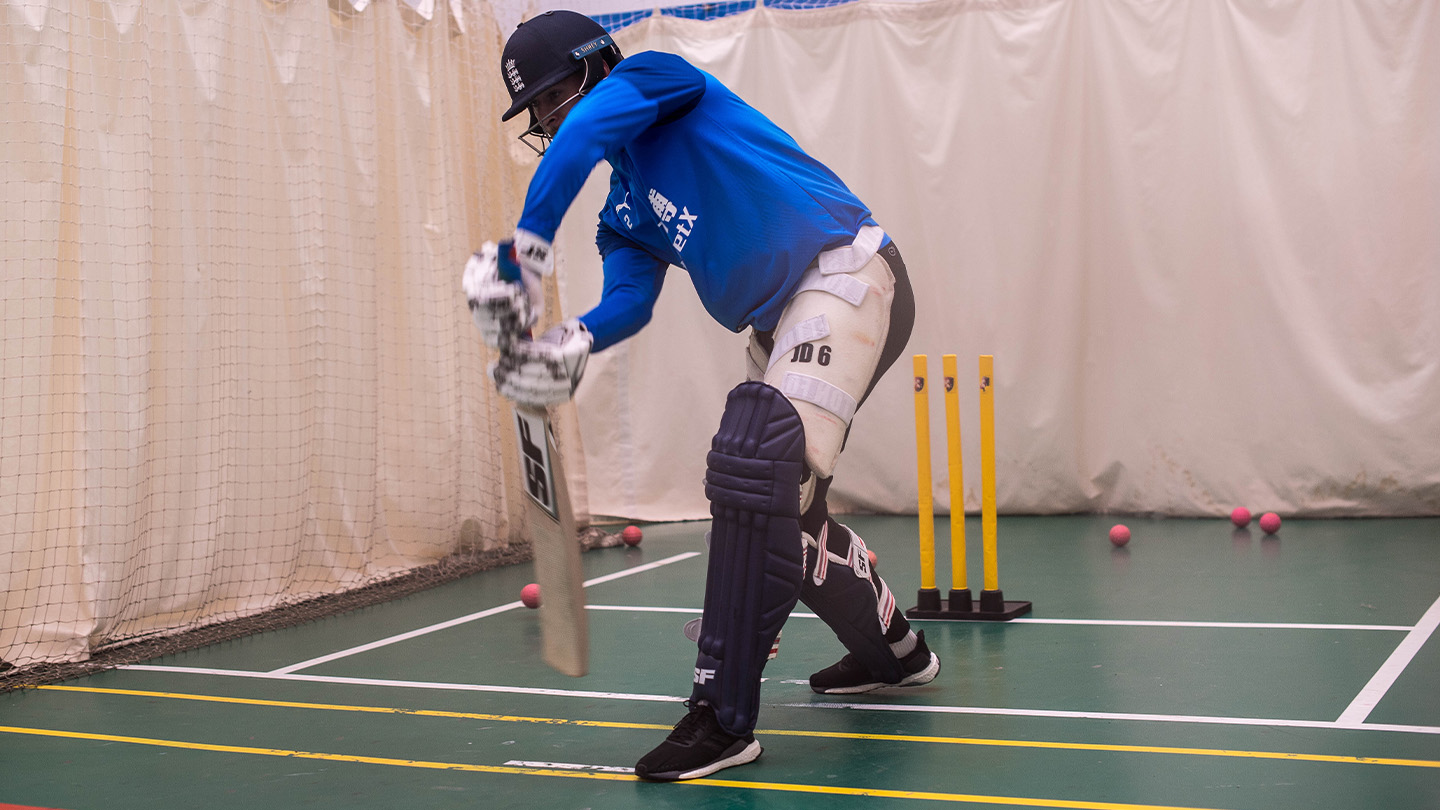 “It’s been a good few years since I picked up a cricket bat, so I needed a bit of time to adjust to the ball and the flight. I think I got it towards the end. It was quick. It was only 70-75mph, which isn’t that quick by their standards, but certainly is when you don’t do it on a regular basis – the ball comes at you a lot quicker than you think.”

Billings was suitably impressed: “Once he got the hang of it, I just told him to smack it – and he couldn’t miss it after that.”

Watch the best bits of the lads job-swapping in the Palace TV video below.