Eze reveals how Hodgson has shaped his game

Speaking to the press while with England Under-21s, Eberechi Eze explained how former Three Lions manager Roy Hodgson has shaped his game in the few months he has been with Palace.

Eze was asked to comment on Hodgson and his adapted game in south London on multiple occasions, and each time stressed the manager's impact and how his coaching encourages fast growth.

"I’m learning a lot every day," he said. "With the manager, Roy Hodgson, you’re put into a position where you have to learn quick and I feel like I’m doing that. I feel like I’m picking stuff up very, very quickly, not only from the manager but from the players in the team.

"The way he speaks to me and the advice he gives me is only going to give me confidence and help me to improve, become a better player. I’m learning so much at the moment and a lot of that is down to him.

"He’s always talking to me on the touchline, talking to me about how I can get better, what I can do to get better, where I need to improve. Not only that but helping me with the things I’m good at and wanting me to get into positions where I can be as effective as I can.

"Because of course I’m not just in the team to defend, he wants me to be creative as well and that’s an important part of my game."

But defensive attributes do remain key for both Eze and Hodgson, with the attacking midfielder thrown into a varied role at Palace - one he is clearly handling well. 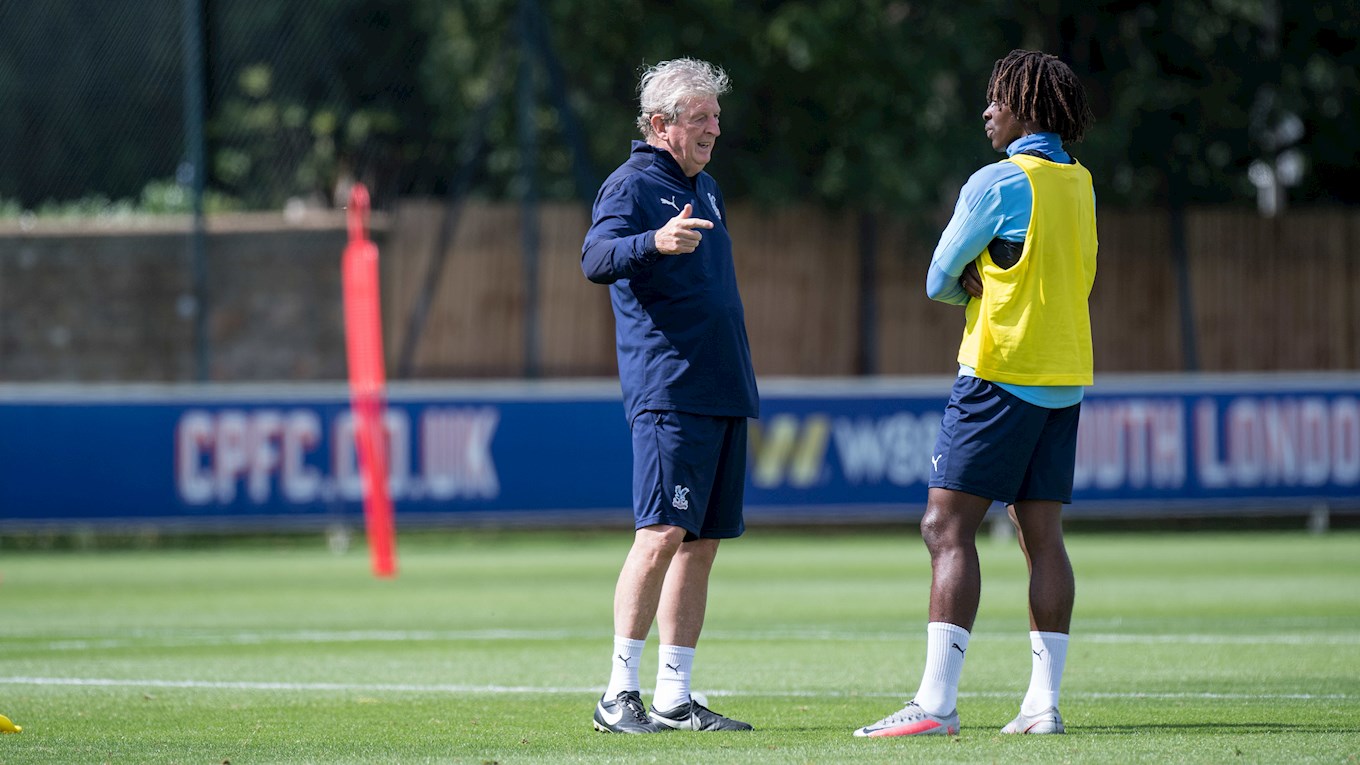 Following his spectacular first Premier League goal against Leeds United recently, the No.25 reflected on a different, newer aspect:

"Defensively, I’m having to be a lot more concentrated and a lot more aware. To play in a team like this, you have to be able to defend and to play in two banks of four and be able to cope. I think, me as a player, that’s not something that’s always been in my game but I’m learning, picking it up.

"Again, not only from the manager but the people and role models in the team who are helping me and teaching me along the way.

"The style of play we play at Palace is forcing me to learn a lot on the job and learn quickly and I’m enjoying it. I’m enjoying it very much because it’s a side of my game I haven’t had to use as much but now I’m being put in situations where I have to. I’m grateful, happy I’m in that position and I’m learning a huge amount under the manager."

Check out Ebs in action with Michy Batshuayi in the game Targeted Ads below!