While it might be a new year like no other, one winter tradition remains constant: the start of Palace’s FA Cup campaign.

Palace travel to Molineux on Friday to take on Wolverhampton Wanderers in the Third Round – and to get you in the mood for this season’s tournament, we’re taking a look back at some of Palace’s best early round cup fixtures.

It wouldn’t be harsh to say Palace were considerable underdogs when this tie came out of the hat in December. Spurs were sitting pretty in third under Mauricio Pochettino, halfway through a season that would culminate in the Champions League final in Madrid.

But when they arrived in south London, they encountered a far sterner test than anticipated.

Palace started fast and scored the opener through Connor Wickham, after Jeff Schlupp’s powerful run and shot was pushed out by Paolo Gazzaniga.

As the visitors pressed for an equaliser, Wickham continued to cause problems for Kyle Walker-Peters, who conceded a penalty when handling under pressure.

Andros Townsend converted against his former club, and Palace held on for a deserved place in the Fourth Round.

The time has flown by: it’s now five years since Palace’s run to the FA Cup final in 2016 – but it could have been over before it really began with a tough Third Round draw away to Southampton.

This was no easy Southampton side to face, particularly on the south coast. With Virgil van Dijk in defence, Sadio Mane in attack and a young James Ward-Prowse off the bench, the hosts were pushing for Europe and would finish the season just three points outside the top four.

But it was Palace who started on the front foot, the opening goal coming from an unlikely source. As Jason Puncheon raced into the box, he pulled the ball back for the marauding Joel Ward, who slotted home in the January rain. 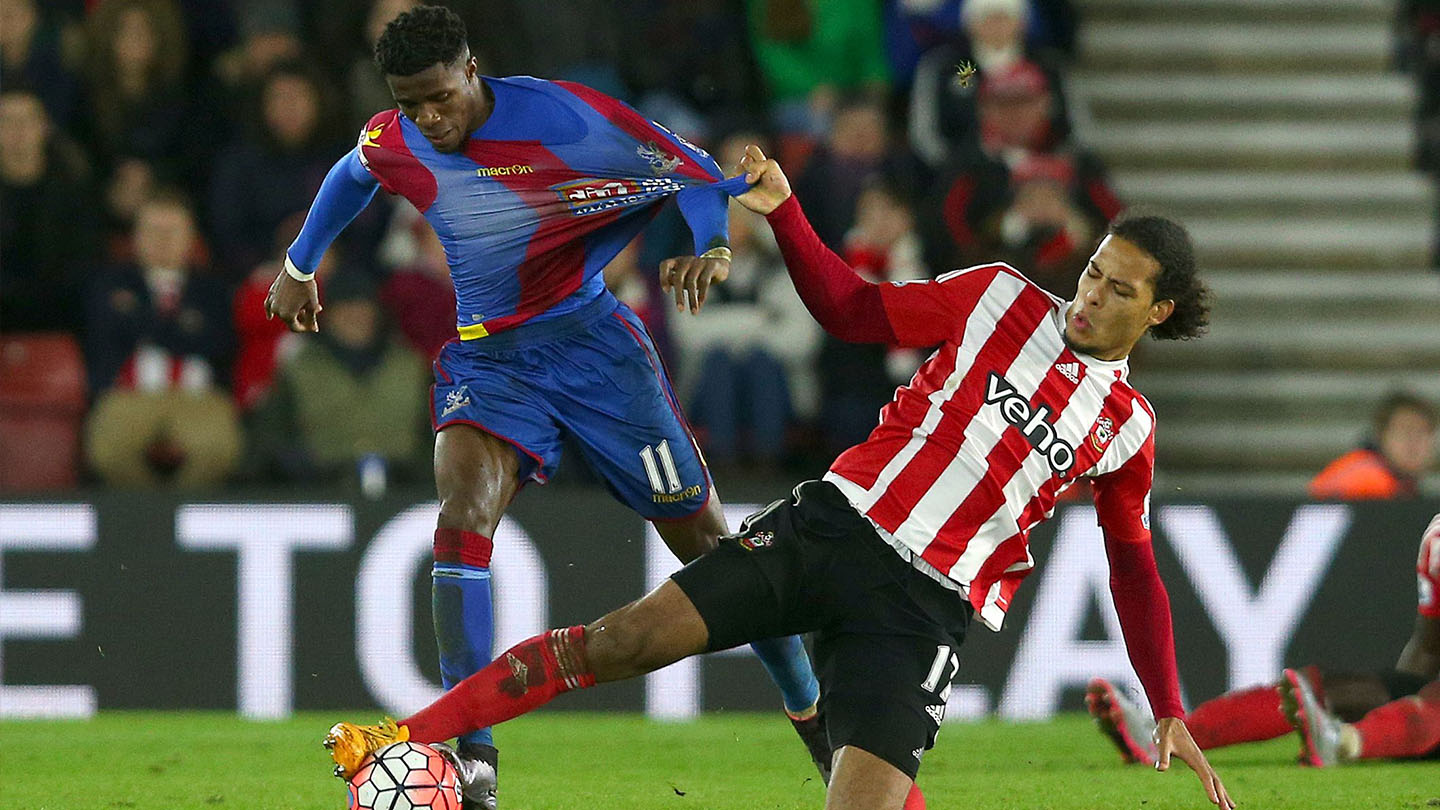 However, it was never going to be easy, and Oriel Romeu equalised early in the second-half to bring the scores level.

With 20 minutes to go, Puncheon’s shot was pushed away by Maarten Stekelenburg, the ball falling to – who else? – Wilfried Zaha, who volleyed home at a tight angle in front of the travelling fans.

Palace were into the Fourth Round – and well on their way to Wembley.

What makes the FA Cup so special is not always clashes with top-flight rivals, but trips like the one to non-league Dover in the early rounds of 2015.

A massive 86 league places separated the two sides before kick-off and Dover, on a 16 game unbeaten run and yet to concede in four FA Cup ties that season, seemed perfectly primed to deliver a giant killing. 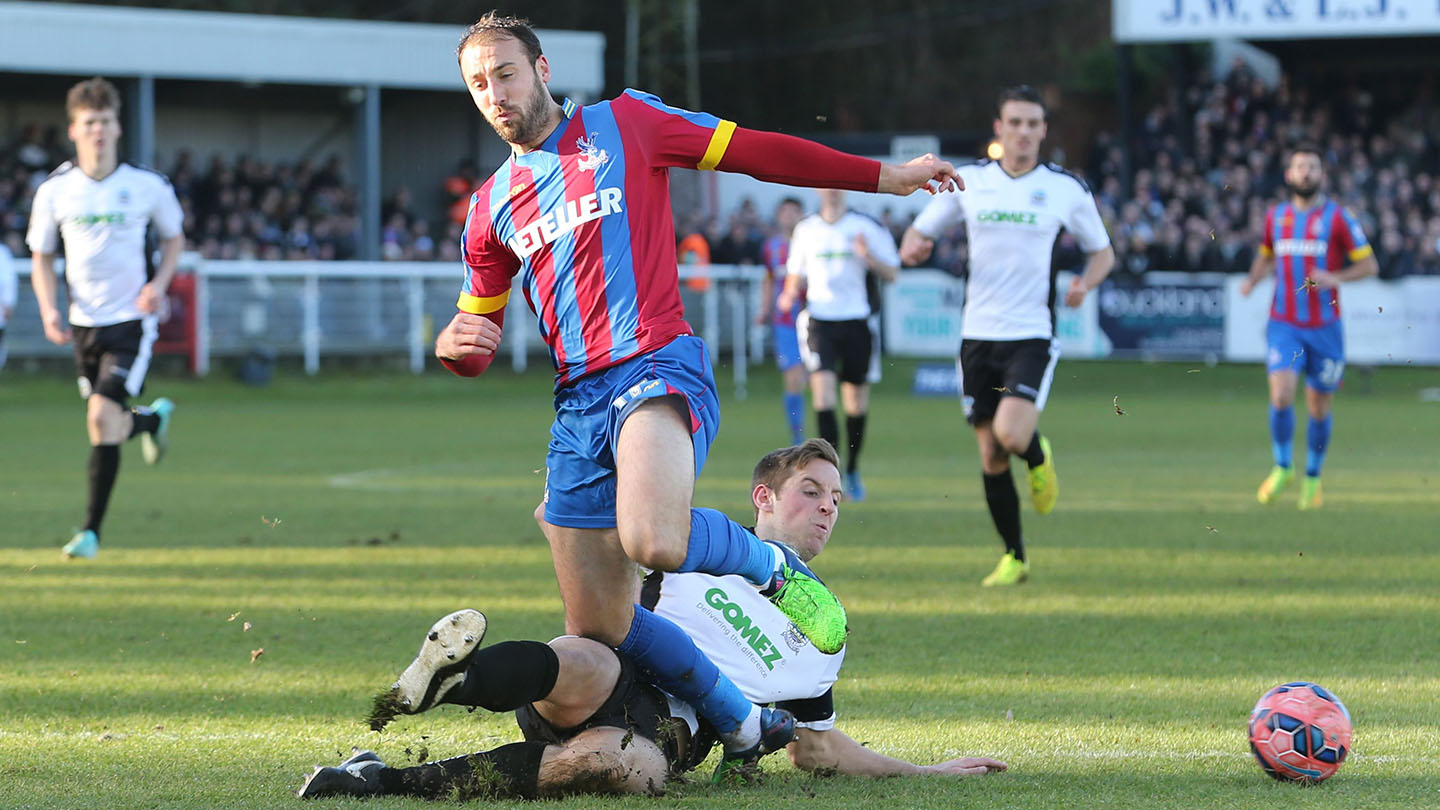 However, in Alan Pardew’s first match in charge, Palace were in no mood to stick to the Hollywood script.

In front of the travelling fans, Scott Dann scored twice in the first-half to secure a commanding lead; Dwight Gayle and Kevin Doyle added two more in after the break to make it a convincing victory.

Palace’s reward for beating Dover was a trip to St Mary’s to face Ronald Koeman’s Southampton, and an former – and future – Palace player in Nathaniel Clyne.

The Eagles had failed to beat the Saints in their previous five meetings, but on the back of their display in Dover were confident of victory once again. What no one expected was the opening 20 minutes that followed.

After just nine minutes Southampton took the lead, as Graziano Pelle scrambled home from a corner. Barely a minute from the restart and Palace were level, Marouane Chamakh poking home after Yaya Sanogo’s shot was parried. 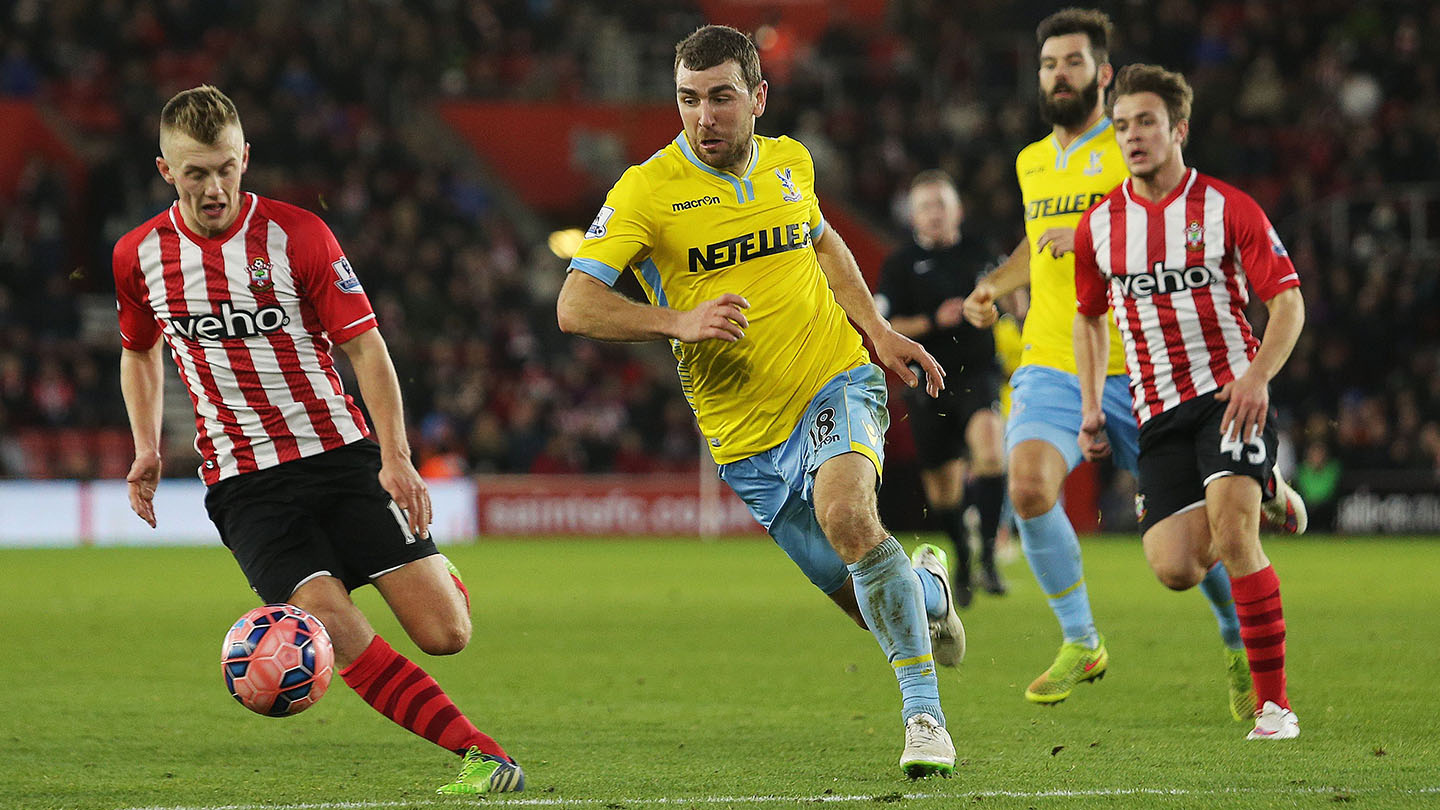 Southampton were back in front when the ball deflected off Dann into the net, but again their lead didn’t last long as Sanogo latched on to Zaha’s exquisite control to make it 2-2 – four goals with three-quarters of the match yet to play.

While both sides tightened up defensively, there was nothing the hosts’ could do about Palace’s third, as Ward channelled his inner Andrea Pirlo to flick an outside-of-the-boot pass through to Chamakh. The Moroccan rounded the 'keeper and sent the Eagles through to the Fifth Round.

Liverpool at Anfield. A team including six of the players who would win the European Cup just two years later, as well as England strike partnership Emile Heskey and Michael Owen.

But after securing a 0-0 draw in the initial tie at Selhurst Park, Palace went into the replay full of confidence.

The hosts started strongly, pinning Palace into their own half and forcing manager Trevor Francis to introduce Dougie Freedman after just 36 minutes to try to alter his side’s fortunes. 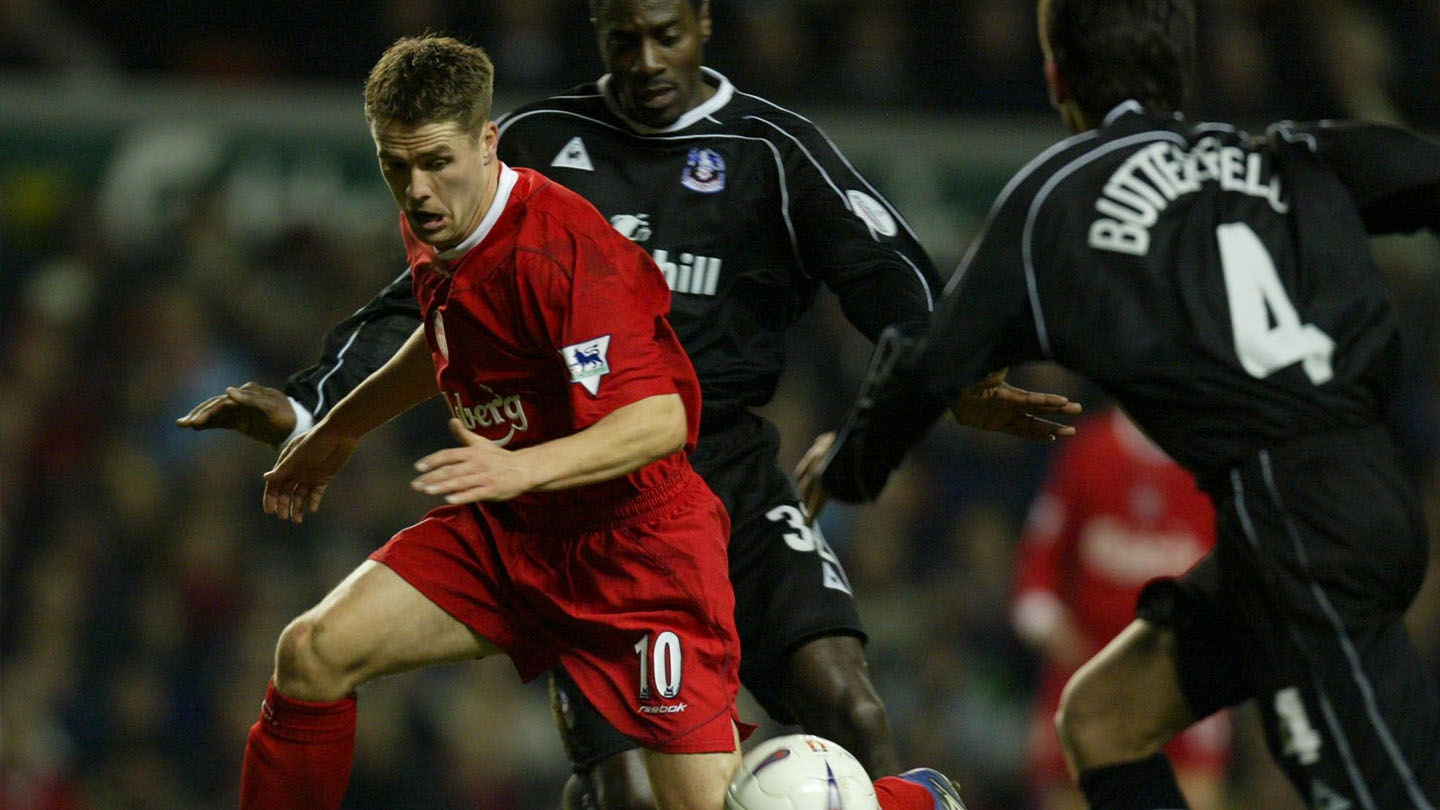 It worked. After half-time Palace were stronger, and from a Danny Butterfield cross Julian Gray headed home to secure an unlikely lead.

Holding on for victory seemed nigh on impossible when the Eagles were reduced to 10 men, after Freedman was sent off with 20 minutes to go. However, a Stephane Henchoz own goal all but secured the Fifth Round spot, and completed a famous victory on Merseyside.

Remember, you can brush up on all you need to know about this season's tournament - including extra time and replay details - by clicking here.

READ NEXT: 20/21 FA Cup - Everything you need to know, including penalties and replays