Roy Hodgson had a lot of positives to reflect on after Crystal Palace's 5-1 win over West Bromwich Albion.

The Palace manager rightfully stated he would "enjoy this victory" and drilled down into where and how he feels Palace shone brightest.

Perhaps unsurprisingly, he was asked to focus on two players in particular: goalscorers Wilfried Zaha and Christian Benteke, who each netted a brace.

On the former, Hodgson said: "I’m fortunate I see it [attacking talent] from Wilf all the time. I see it in training sessions and I’ve certainly seen it over the last three-and-a-half years I’ve been working with him.

"We know he has that ability and know when we get the ball to his feet in the final third he’s very, very difficult to stop. He can twist and turn both ways, he’s got excellent feet, excellent ball control.

"But of course, what he’s added to his game this year or certainly worked hard to add to his game is his goalscoring - he’s always looking to get shots away. That first goal - I see that quite often in training - that’s not a fluke. And the second one was determination to get to the ball after [Eberechi] Eze’s excellent run, that also was a goalscorer doing that. If Wilf can keep that up, it bodes very well for us.

"He’s a bit disappointed I took him off with 10 minutes to go because he wanted a hat-trick and that’s a good sign too. I’d have been less happy if he’d said to me: ‘No, I was quite content to come off, I don’t need the third.'"

Zaha's two strikes helped lead Palace to their most away goals in a single top-flight game, joined by Benteke's pair and added to Darnell Furlong's early misfortune.

Turning his attention to Benteke, Hodgson was again happy to praise another in-form frontman after a confident display:

"I would like to think he’s going to get a lot of plaudits for his performance. It wasn’t just the goals, it was a lot of other aspects to his play which were good. 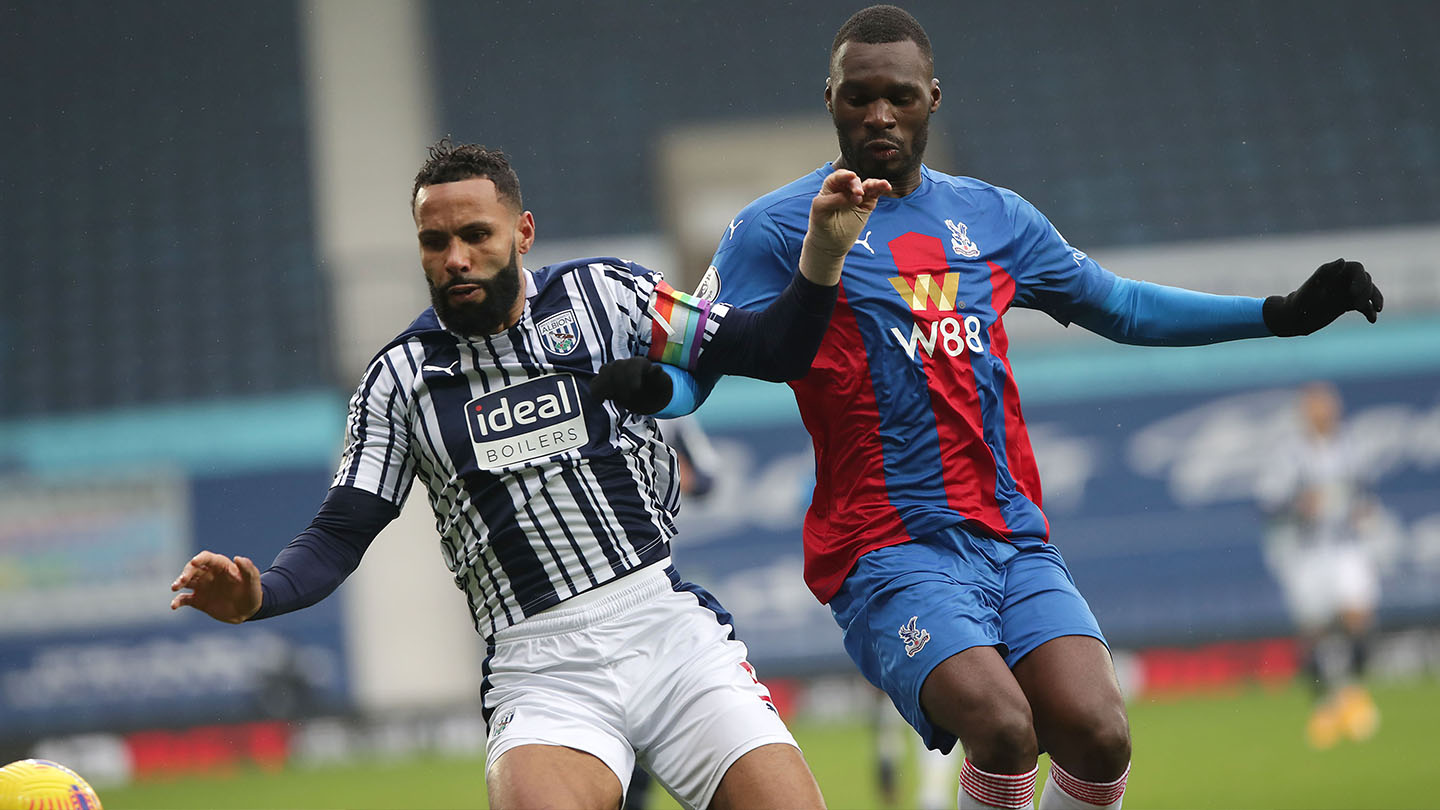 "He’s waited a long time, he’s been on the bench and waited quite a long time this season without actually getting in and showing what he can do and that’s even going back into the lockdown period. He’s been patient but he’s never stopped working, to be fair to him.

"Today, he showed the type of player he was when Palace bought him from Liverpool and, once again, he showed everybody out there: ‘I haven’t lost anything, I’m still Christian Benteke. You can still rely on me.’

"He’s now got to be able to keep that going because the thing about players' performances is they need to be consistent. You can sit here talking very happily about two players who’ve had good games but I need them to have good games in the next three coming up. That’s the real test: that consistency and that reliability."

Finally, Hodgson was able to offer a more general view of the match as well, explaining Palace's offensive tactics, particularly in the second-half against 10-men.

"I thought the first-half was okay," he said, "but it was important in the second-half to make certain we didn’t use the fact we had more time and space in midfield to slow things down and just be content to keep the ball.

"It was important we kept it with a view of getting it into that final third and, in the final third, making sure we did the runs and combinations we work at as a team. We saw that today and the tempo and intensity of the game got higher during the course of the game."

To watch highlights and match reaction from this clash for free, keep an eye on Palace TV by clicking here or 'Palace TV' within the app!