Roy Hodgson was full of praise for Jordan Ayew this evening after the Palace striker netted a remarkable late goal to secure a Crystal Palace comeback over West Ham United.

Hodgson pulled out Ayew's contribution but couldn't not focus on his wonderful solo effort, saying: "The winning goal was just an incredible winning effort. You just have to take your hat off to Jordan Ayew.

"He worked so hard up until that point and yet still found the energy, still found the strength to produce that pirouette on the edge of the box and find his way through the two defenders coming in to block him and then to show the composure to chip the goalkeeper - I was really happy with that goal. Not as happy as Jordan is, but happy!"

Discussing the frontman's ability throughout the season-and-a-half he has played for Palace, Hodgson expressed his satisfaction with the Ghanaian's performances. He said: "He’s scored five in a team that doesn’t score many goals. Five is pretty good by our standards because we’re not scoring that many at the moment, not for want of trying or for want of getting people in the box.

"I thought he was going to score in the first-half when that ball slid across the six yard box and he wasn’t able to get on the end of that but his contribution today was absolutely crucial. He really did make the first goal by his run and his knock-down and then he scored that wonder second goal. So when I saw him walking off after doing his interviews with the television holding [Amazon's] Man of the Match trophy, I thought: ‘that’s gone to the right man today.’

"He’s got ability. I don’t think anyone’s ever doubted that and we certainly never doubted it. He spent a year with us on loan and we were really happy with him. We knew all along that he’s got the capability of scoring those goals. I think his game’s improved, I think his confidence has improved as it should do - he deserves to be confident. He’s played a vital part for us this year." 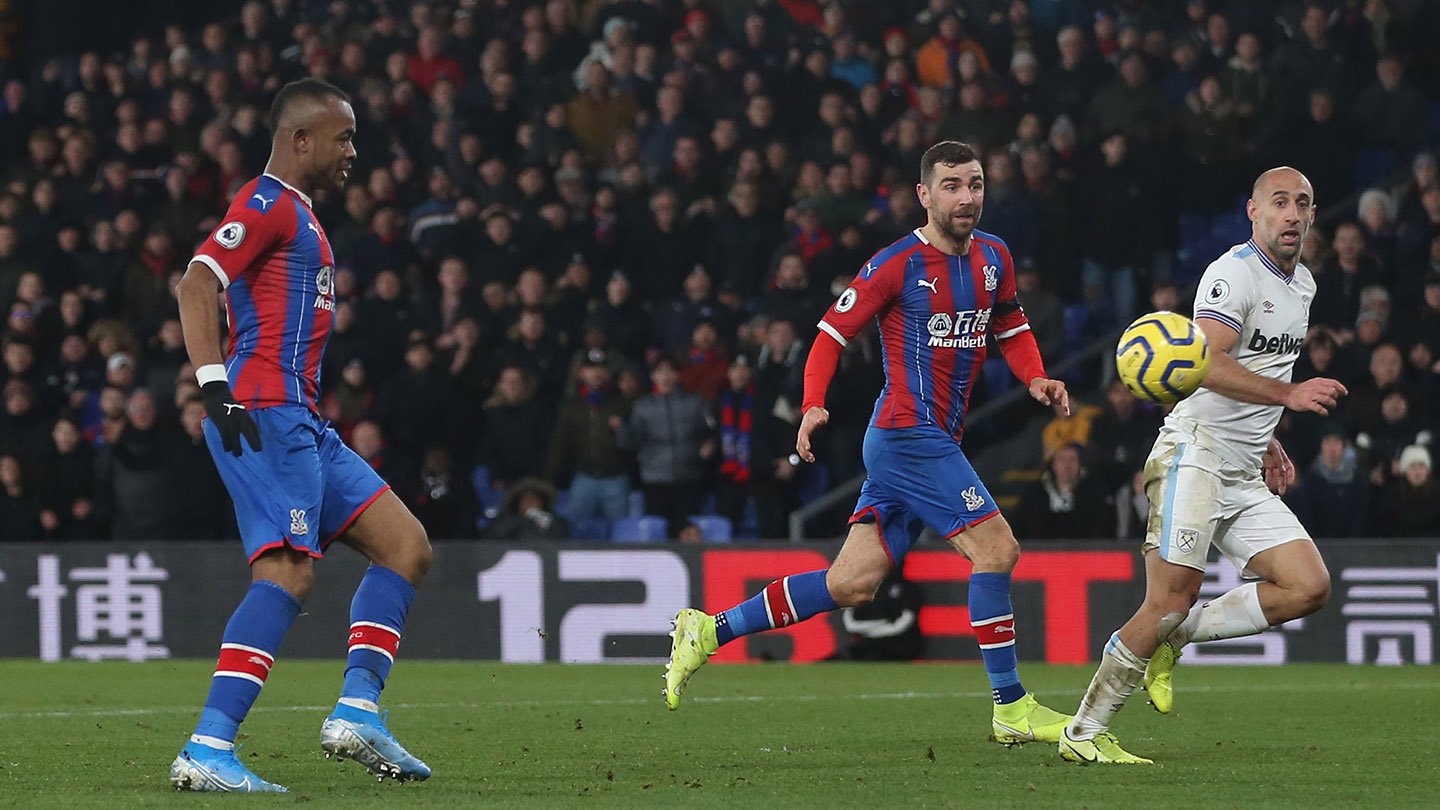 Finally, Hodgson provided a brief update on left-back Patrick van Aanholt, who was forced from the pitch with an injury.

"I think it’s all part of the fact that because we are so desperate in that position we hurried him back a little bit," Hodgson explained. "He was keen to get back to be fair so when I say ‘hurried him back,’ he didn’t take any persuasion because he wants to play and was very keen to play.

"You are worried of course when that happens it [injury] could recur, but speaking to him as he was leaving he didn’t seem to think anything had pulled or snapped so I’m rather hoping it won’t be a long-term thing but of course the scans always show some degree of strain and every one of these strains keep people out for a period of time. It’s something we can’t really afford but we will have to learn to live with it."

You can watch Hodgson's press conference and post-match reaction from the players as well as full highlights for free via Palace TV. Either click here or 'Palace TV' in the official app.