When Luka Milivojevic pulls on the captain’s armband, he says he doesn’t feel a change. Instead, the black and white ring which establishes him as leader becomes part of his steely, composed and assertive nature - slipping on as a seamless extension to his inherent character.

The armband wields the power to bestow a player dominance and status beyond their natural ability, but the responsibilities which come with it - as with scoring, diplomacy and commitment - are simply another element in the job which Luka Milivojevic dedicates his life to.

“It means a lot,” he explains. “It’s special because I’m coming from away; I’m coming from a small country in the middle of Europe - from Serbia - to the country where football was born. To become a captain in the strongest and best league in the world is not easy.

“I’m trying to do my job, trying to give a good example to myself first of all and to the other players. That shows me that people from the club have respect for what I do for the club and I have to respect that and I have to continue the same way.

“I am trying to help my teammates, for the result, to get a better result. I’m not trying to force something that I want to be this or I want to be that, it’s just a natural thing. That’s what I am and I’m trying to do my best, trying to be a good example.”

Milivojevic stands atop the roof of his hotel in Switzerland as he prepares to lead his team through their pre-season clashes in the Uhrencup. The highest point in the building: it’s an appropriate setting for the club’s captain and leading goalscorer for consecutive seasons.

But the Serbian’s centrality to his team and teammates doesn’t present itself as arrogant or notable in the slightest. The reality couldn’t be more different.

“It’s hard to talk about myself, it’s not good behaviour,” he almost sheepishly offers. “But as I told you, I am who I am. I see that I am on a good way and I will try to keep going.”

That ‘good way’ manifested itself last season as one of just three outfield players to feature in every possible Premier League minute, Palace’s leading scorer with 12 goals and his first full season as captain of Roy Hodgson’s men.

The side’s established captain has taken on a range of duties since earning the armband, including the supporting of younger, Development squad players, who this week share his pitch and changing room. And, perhaps unsurprisingly, he has embraced his latest duty with open arms.

“Now we have seven young players, they can follow good examples; what is the proper behaviour of a professional football player and we are here to give good examples and to play well. I know there is nothing much to say, they just need to follow us because we have experience.

“Normally when you come to the first team, they are very shy but we are there to make them feel comfortable, to help them settle down as quickly as possible. That’s our job. As soon as they feel they are part of the group, they can perform better.

“They need to be what they are but they are very good, honestly. Nobody from them made one mistake or does something wrong. We have seven young players, following very quietly and doing what the coaching staff ask of them and they just need to continue like this. We are here to help them.”

As it may for some of Palace’s up and coming talents, captaincy for Milivojevic started far back in the 28-year-old’s earlier years. The captain of teams throughout his adolescence, Palace’s midfield enforcer was steadily conditioned on how to lead and so when the armband landed at his feet in the away changing room of St Mary’s in 2018, he was primed and ready.

“Yohan Cabaye was captain and we had a few injuries to Scott Dann and Jason Puncheon. At half time, Cabaye was injured and he [Roy Hodgson] decided to change him and he gave me the band. In that moment, it was a great feeling for me but on the other side, you have a second half to play so don’t think a lot about that [captaincy]. It showed me a lot about the respect the coaching staff have for me.

“I was so lucky that in that game, the second half I scored and we won 2-1. After that, he [Hodgson] just decided to keep me as the captain. I think he was happy with how I was doing in that role and until today I am [captain].

“You have more responsibility when you have that band on your arm, but I didn’t change a lot. There is more responsibility in you as a professional football player, on the pitch and out of the pitch. There is not a big, big difference but that shows to you that you are in a good way, that they believe in you and you have to carry on how you did before.” 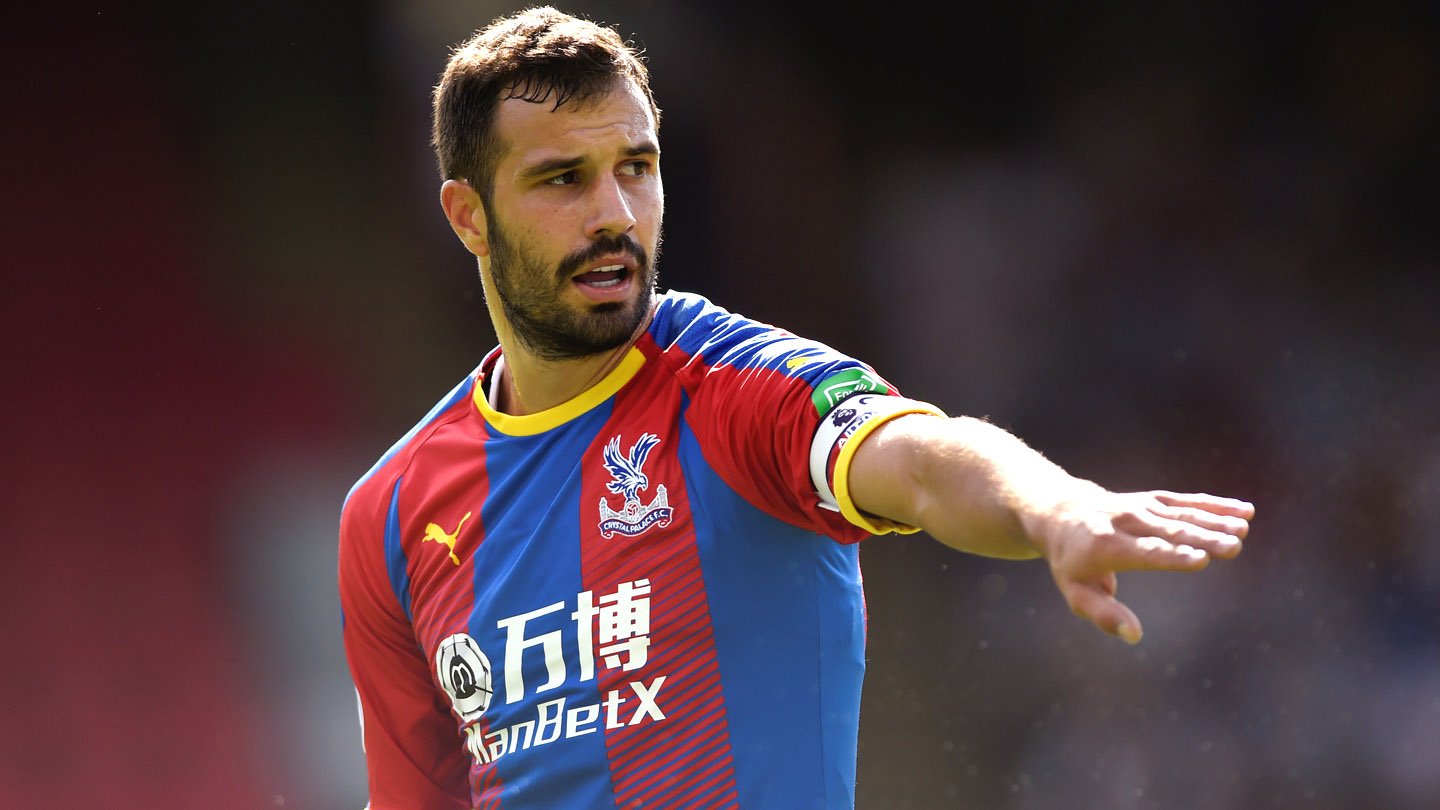 A year-and-a-half later from his debutant showing as Eagles captain, Milivojevic is fairly well seasoned in England and weighed up his time in London with that spent in Athens where, naturally, the Serbian was captain of Olympiacos.

“In every single country it’s different,” he says. “For example in Greece, there is a lot of different stuff to do. Like there are different problems, with salaries, with being late. Then you need to go to negotiate with the directors and chairmen.

“Here it is different. I am the connection between players and manager. For example, if you need to travel in a certain time and the players are not happy to go in that time, maybe I can discuss with the manager to change that.

“If you lose one or two games it becomes a very bad situation. It’s not like it’s the end of the world but it’s similar to this. It’s like there’s no new day. In every single country there are different rules and in Greece, it was a very good experience for me. I was there for two-and-a-half/three years; great memories, great moments. Now I am here and I can say the same.

“I’m so pleased to continue and think last season was very successful for us as a team. We took the most points in history for Crystal Palace in the Premier League and I think we can now build up from the previous season. It will be hard but we have to try to get more points this season.”

To watch Luka discuss being Palace’s captain and hear more about his leadership qualities, just click on the video below.