The 21-year-old left-back joined Palace in 2016 and first competed with the club's Under-18s. He soon progressed to the U23s and began life with the first-team on a pre-season tour to Switzerland.

While there, Mitchell suffered a long-term injury and had to work his way back to the senior level.

Reflecting on his time in Academy football, he said: "It was hard, it had its challenges – many challenges. At the same time, the people I was coming up with and my changing room at the time with the U18s and 23s, it was always a good bunch of lads.

"That made it easier when certain things weren’t going well – when I was injured, when I might have not been playing well, the changing room, its spirit, always had me on a high.

The defender's first step onto the professional scene came as an unused substitute for Palace against Brighton & Hove Albion. Seven months later, he made his debut against Leicester City.

Today, Mitchell has 13 Palace appearances to his name, and reflects on the Seagulls clash as a pivotal moment:

"There was definitely a load of pressure," he said. "It’s a scary thing – you train hard, you play your matches with the U23s all this time to build-up to this moment. It’s surreal, you’re there now. And it was a derby – all the fans were there and it was an amazing feeling to be on the bench.

"I was disappointed personally [to not get on] but I wasn’t too disappointed because we got the draw in a hard match. I was happy for the lads."

Finally, asked how Hodgson and his teammates have supported his development, Mitchell revealed the impact an experienced manager and squad have had on him so far, saying:

"The gaffer is a great manager. He has loads of experience and has worked at great teams throughout the years. 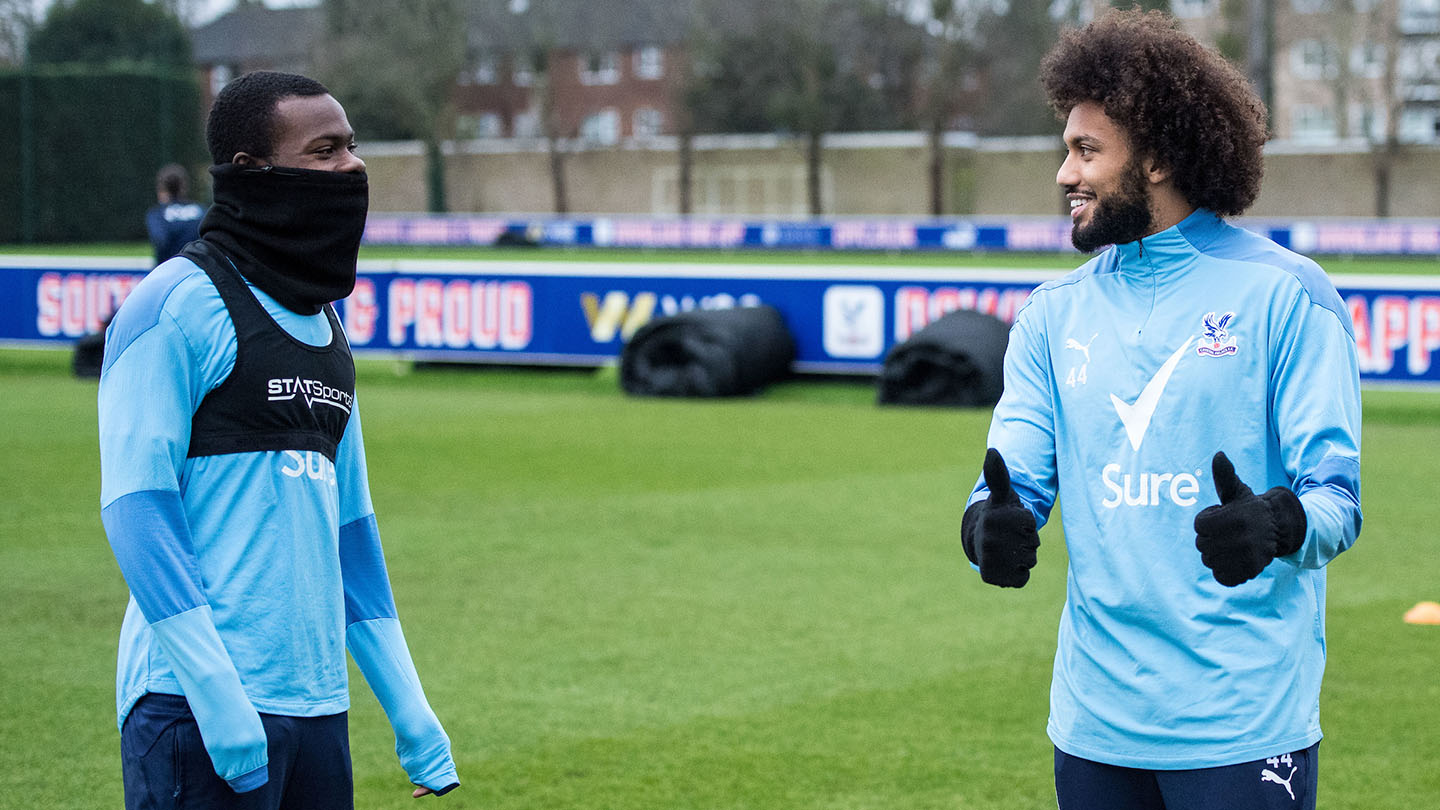 "His style helps me because he knows what he wants from his defence so it doesn’t leave me in two minds when I go on the pitch. I know what I need to do and when I need to do it. For me, he helps me greatly.

"There are a lot of experienced pros in the dressing room that help me in many different ways, but I’d say [helping with] how to deal with all of this would be Jaïro. We’re around the same age, and he’s done this before so he knows how I might be feeling or what I might be thinking.

"He’s a person that eases me into a lot of situations where, without him or some of the other first-team lads, I would have been a bit uncomfortable."

Hear more from Tyrick by heading to Palace TV here or by clicking 'Palace TV' within the app!