As Palace’s redeveloped Academy ground begins to take shape, an entire generation of young players will have the best possible facilities in which to develop. But it wasn’t always that way.

The vast dome, crisp pitches and stylish canteens are a far cry from the facilities that even the first-team Eagles of yesteryear called home.

The Palace sides of the 1970s trained at Langley Sports Club, often watched by local fans - sessions would be followed by a trip to the Oakleaf Café for bacon butties.

But it was at Mitcham that Palace settled in. It was a successful period for the club that brought promotion, a third place finish and an FA Cup final – but the facilities left something to be desired.

“We used to train on mud,” says Mark Bright, who played in south London between 1986 and 1992. “I remember driving through the gates when it had been raining overnight, and just looking to see if any pools had formed.”

The ground, bordered by a river, would often flood, forcing Palace to train at a nearby school or simply do running sessions in the local area. 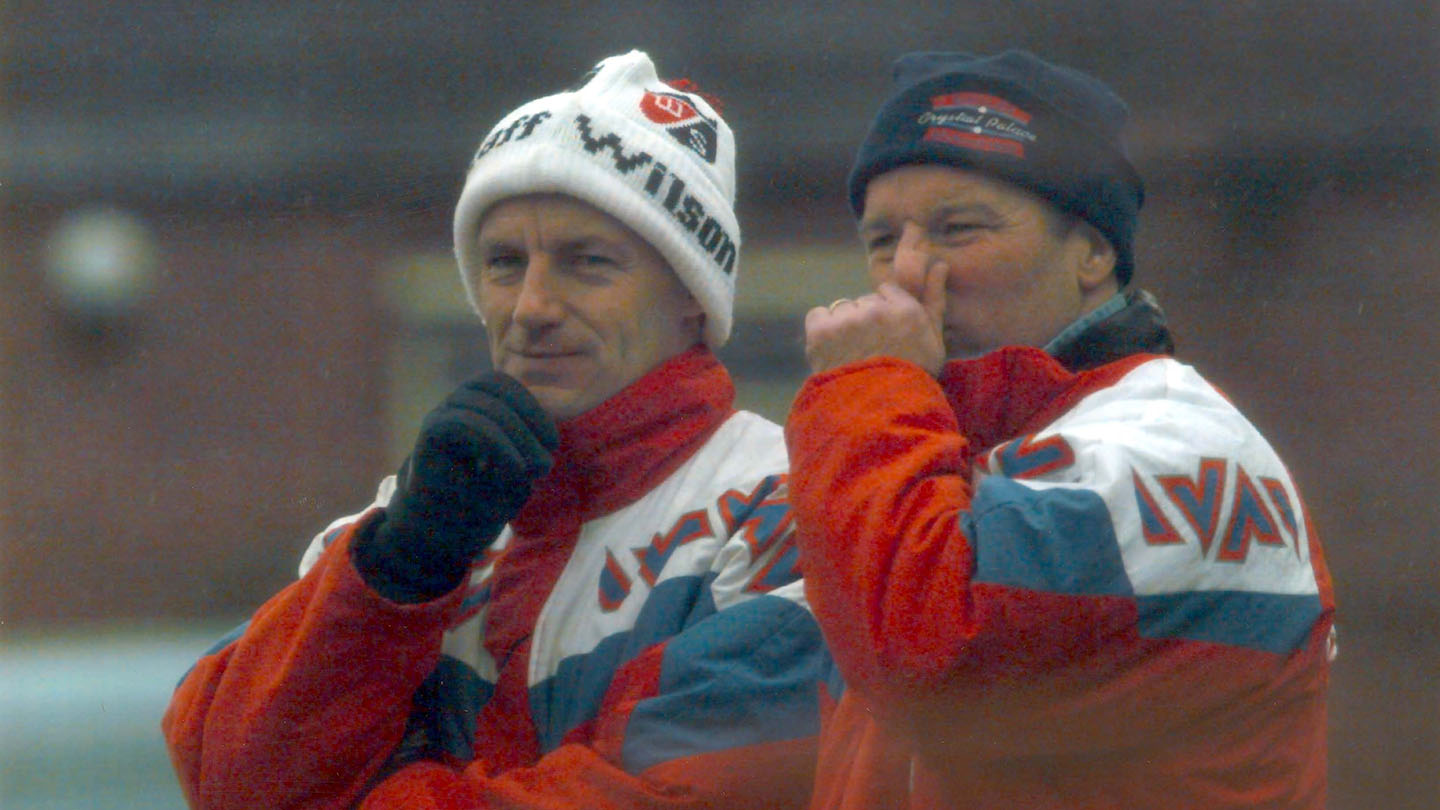 “The showers were terrible – if you were last in the shower you just got a cold one. As soon as training was finished, everyone used to bomb in quickly!”

But the football Palace were playing was leading them to success, and much of it was down to the hours put in at Mitcham.

“It got very dirty - we were competitive in training,” says Bright. “There were always scuffles breaking out, a bit of overzealousness, but nobody used to think anything of it.”

Manager Steve Coppell used to face the players off in games of ‘North v South’, and unsurprisingly it got the blood boiling.

“That got a bit violent! There were ‘oles’ and backheels and nutmegs – but everyone looked out for each other. We had a great team spirit.”

It was a spirit fostered by the staff at Mitcham, who embodied the community feel around the club. Arguably the most pivotal was Maurice Drewitt, the kitman and groundsman who lived with his wife Babs in a house on the grounds, and who would start each morning by mowing the grass and arranging the kit before the players’ arrival.

Maurice wasn’t afraid to put his foot down. When Palace released a particularly attractive training kit, he noticed the number of sweat-tops dwindling as players pilfered the laundry room for a new item of fashion rather than training gear.

Soon, there were too few tops to go around – much to the chagrin of Andy Gray.

“What am I going to wear?” Gray asked.

Gray donned the unclaimed sheepskin coat and sauntered out to training, where Steve Coppell demanded to know what he was doing.

“Right,” Gray replied, “if you can’t provide me with kit to wear, I’ll be training in this.”

Egged on by the players, Gray took the entire session in his new attire, ensuring he got it as filthy as possible. “He’s diving around in the coat – diving headers, overhead kicks,” remembers Bright. “It was the best day’s training.” 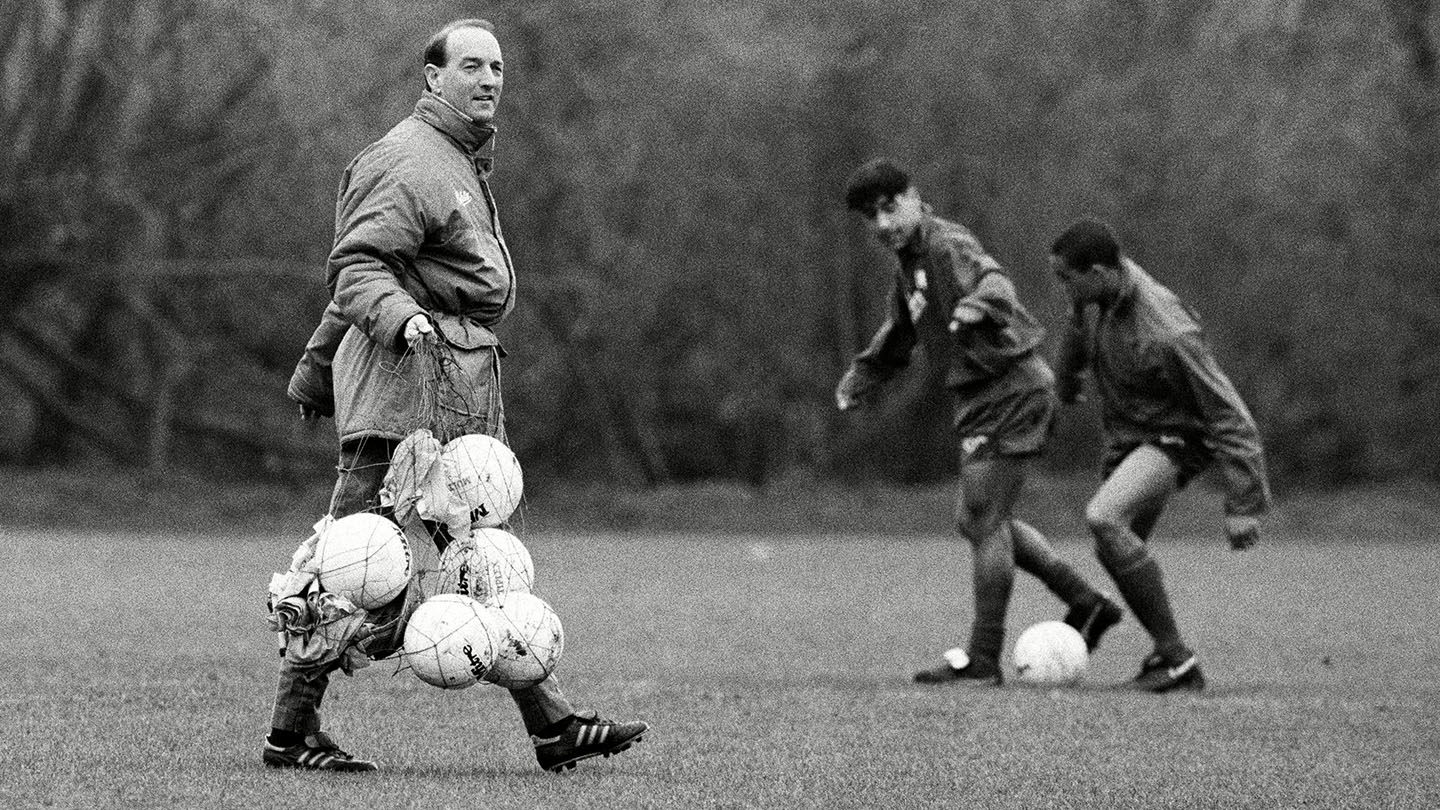 Drewitt’s colleague was Peter Prentice, in charge of recruitment for the youth side, whose wife Betty provided food for the first-team players.

One morning after training Ian Wright wandered into the building hankering for some chocolate to replenish his energy levels.

“Morning Bett! Can I get a Boost?”

Although inadvertent, it later became a favourite joke as the food was given out.

“Let me just move the table and chairs out of the way.”

The community feel around Mitcham was no illusion, as the ground became a hub for ex-employees, local press and even schoolkids to frequent. The room was often so full that Coppell was eventually forced to try and implement some level of security on arrival.

One fan remembers telling Nigel Martyn how covered in mud he was going it get.

“It’s not the mud you want to worry about,” Martyn replied, “it’s the worms.” Soon enough, training was paused as a worm throwing fight ensued. Reports are sketchy as to who came out on top.

Mitcham was certainly a special place for a generation of Palace players, but Bright acknowledges that with improved facilities they might have been able to go further: “I feel like maybe we could have been a little bit better. With our touch, working on our crossing, passing and everything.”

That won’t be a regret for the current squad. After moving into Copers Cope Road in the early part of the millennium, Palace’s facilities are a world apart from the mud and cold showers of days gone by.

Having finally purchased their own training ground in 2013, the redevelopment has been extensive.

Now focus has turned to the production of young players. With a Category 1 Academy, Palace’s brand new training facilities could provide a cohort of young players with the best possible chance in the game. 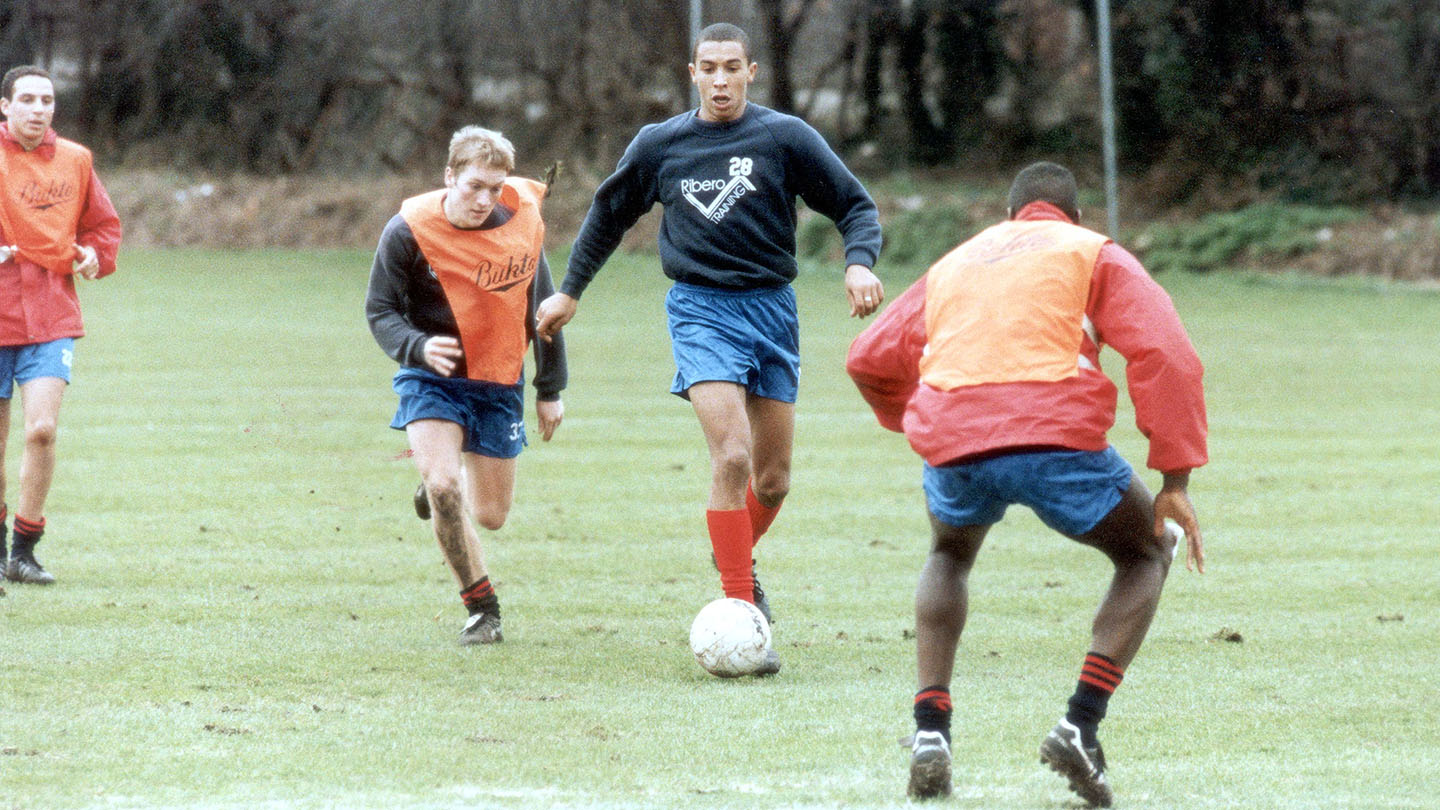 The new ground certainly has all the mod-cons. With six training pitches - as well as covered pitch, a 3G surface and a show pitch with a 500-seat stand – the setup is vastly improved. But it’s also geared towards the players’ development, with classrooms and lecture halls, as well as eight tutors and a full-time psychologist.

“It would have been amazing [for me]. Everything’s there for you now,” says Bright. “We’ll provide great facilities, good coaching, a great environment to do schoolwork while parents can have a cup of tea.”

Seeing the new site come together, after reminiscing about the flooded fields of decades earlier, Bright hopes these new best-in-class facilities will accompany the community feel of the Mitcham years.

“Naturally not everyone can make it. But if they don’t make it you want them to say ‘I had a good time, the coaching was good, I just wasn’t good enough – but I’ll end up being a fan for life.’”

READ NEXT: How Palace perform at the busiest time - analysing historic results in December