Report: Hodgson bows out as Palace fall to defeat at Anfield on final day

A goal either side of half-time from Sadio Mane saw Crystal Palace fall to defeat in Roy Hodgson's final match as manager in a determined display at Anfield on the final day of the season.

There was plenty to contribute to a vibrant atmosphere at Anfield, with the return of fans and Liverpool’s Champions League push running parallel to Roy Hodgson’s farewell to his Palace side.

It was the visitors who started the fastest and created by far the better chances of the opening period. The first came through Wilfried Zaha, who danced into the Liverpool penalty area and forced a smart save from Alisson on the angle. 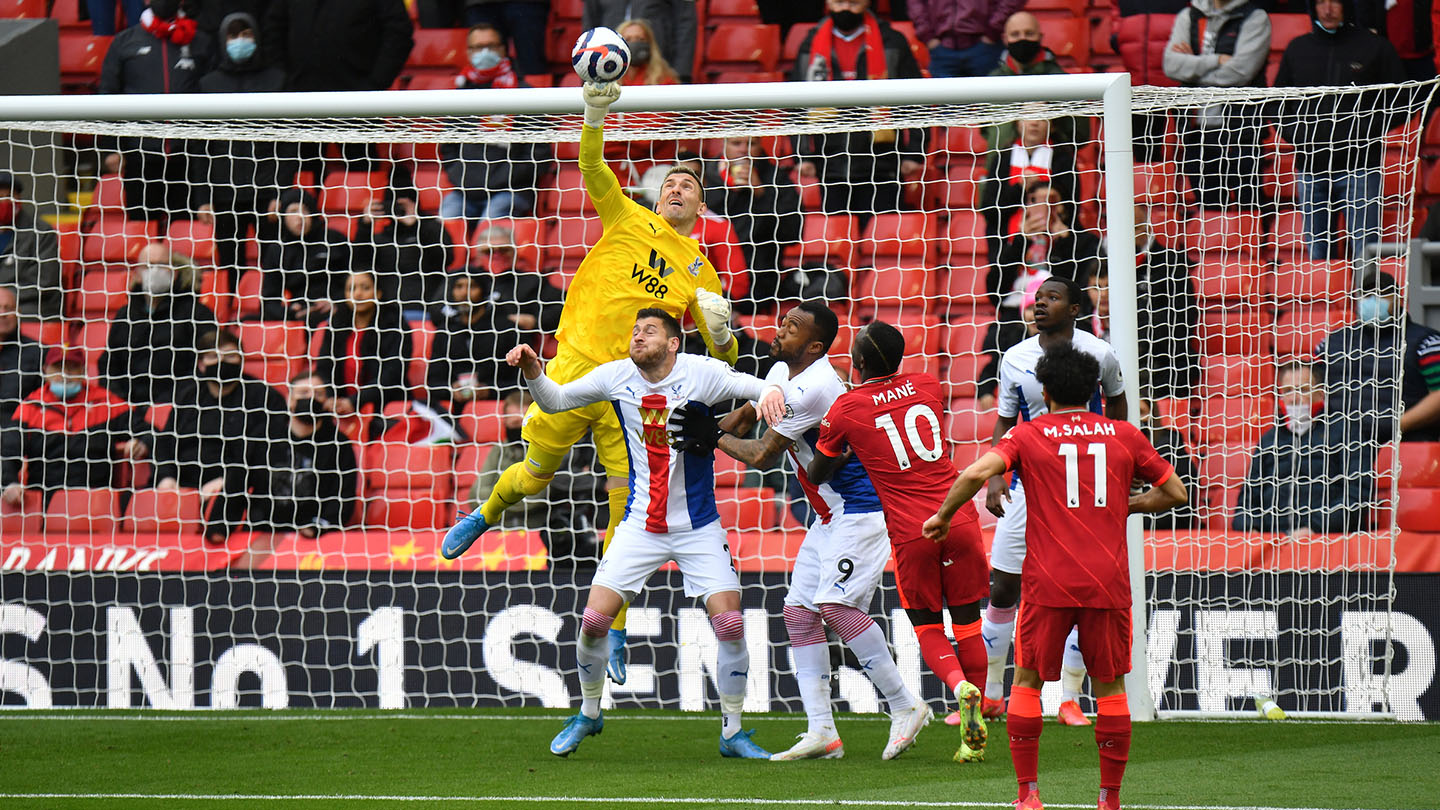 On the other side Andros Townsend was equally threatening, his dipping free-kick forcing a scrambling Alisson to tip over the crossbar. Moments later, he had the freedom of Anfield as Trent Alexander-Arnold’s mistake allowed him a run at goal, but the ‘keeper came out quickly to narrow the angle and his shot dragged inches wide.

Liverpool began to dominate possession as the minutes ticked by, and created opportunities of their own, as Alexander-Arnold came close with a curling free-kick. From a quickly taken corner, Rhys Williams had acres of space six-yards out to nod home, but saw his effort blazed over the crossbar.

Vicente Guaita came to Palace rescue soon after as Mohamed Salah found space to advance in behind, but the Spaniard stood tall and blocked the shot to keep the sores goalless. Sadio Mane had a sight of goal when played in by Wijnaldum, but he was forced to dig the shot out from behind him and fired wide.

The deadlock was broken from a set-piece, as Williams’ flick on was scrambled home by Mane to give Liverpool the lead. It was harsh on Palace after their early attacking endeavour, but saw the hosts go in at half-time with the lead.

After the restart the Eagles were limited to little possession, aiming to break forwards as Liverpool pushed for a second goal. Alexander-Arnold and Salah threatened on the right-hand side, and it took some superb defensive work from Tyrick Mitchell and Jordan Ayew to limit their deliveries into the area. 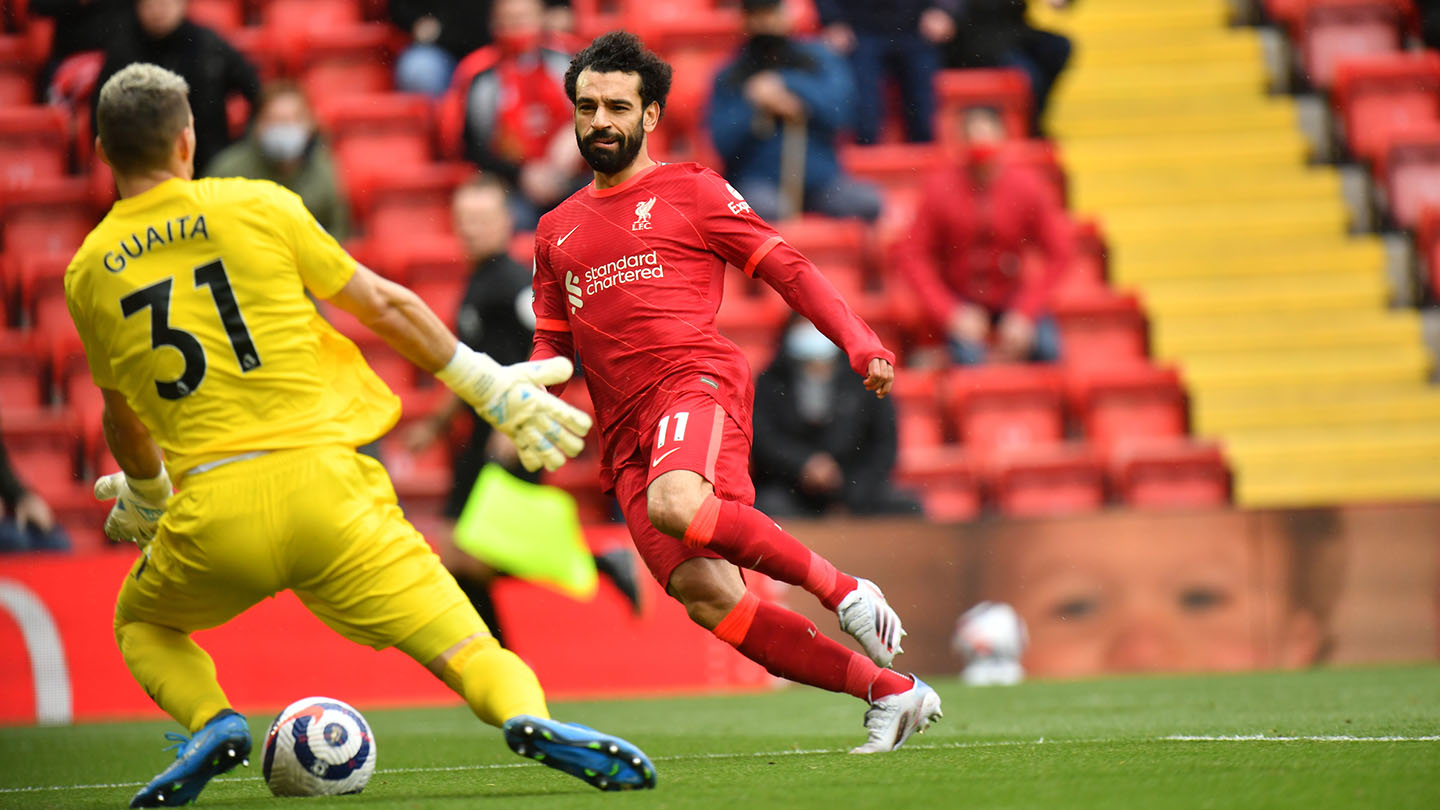 Palace grew into the half and looked to release Zaha whenever possible, who tried to run at the defence but to no avail. Just as their confidence seemed to be growing, Liverpool scored their second – and this time it was their turn to break forwards.

With Salah isolated, he held the ball up awaiting support. It soon arrived, and the ball was worked to Mane who struck early from the edge of the area; a cruel deflection off Gary Cahill sent it past Guaita and into the back of the net.

Salah almost had a goal of his own soon after, but Guaita got down well to push the deflected effort past the post. Palace continued to come forwards, and Cahill was close to guiding Townsend’s inviting cross home, but the shot was straight at Alisson and Liverpool survived.

It was to be the last chance for Palace, who fell to defeat in Hodgson's last game with Liverpool taking all three points.

READ NEXT: Vote for your eToro Man of the Match from Liverpool v Palace