Riedewald explains changed approach to Zaha and its effect

Jairo Riedewald put in another solid performance as he completed 85 minutes against Fulham, scoring Palace's opener and enjoying a fine afternoon in the heart of midfield.

Reflecting on his second start running, Riedewald expressed his views to Palace TV, saying: "2-1 is a good victory in a London derby away from home. When I was on the pitch, we kept control, we didn’t give that many chances to them - [only] a few chances [in the] first-half.

"We were very tight - a few crosses we could have blocked but we didn’t. Overall, we kept control well and in possession we were patient. When we had the chance to score or be dangerous, we were very dangerous. I think overall it was a good performance for the team."

Focusing on just how dangerous Palace were against the Cottagers, Riedewald spoke about Wilfried Zaha's threat and how a shift in the team's approach enabled him to both score and assist.

"When we had the ball we were very dangerous," he said. "We kept the ball a little bit longer than last week. We played the ball straight into Wilf and Michy [Batshuayi] was very strong today as well.

"We all know that [Zaha is a threat]. It’s up to us, the defenders and midfielders, to play the ball to Wilf so he can do his tricks, his actions, be dangerous. It’s up to us to give him as many balls as we can. 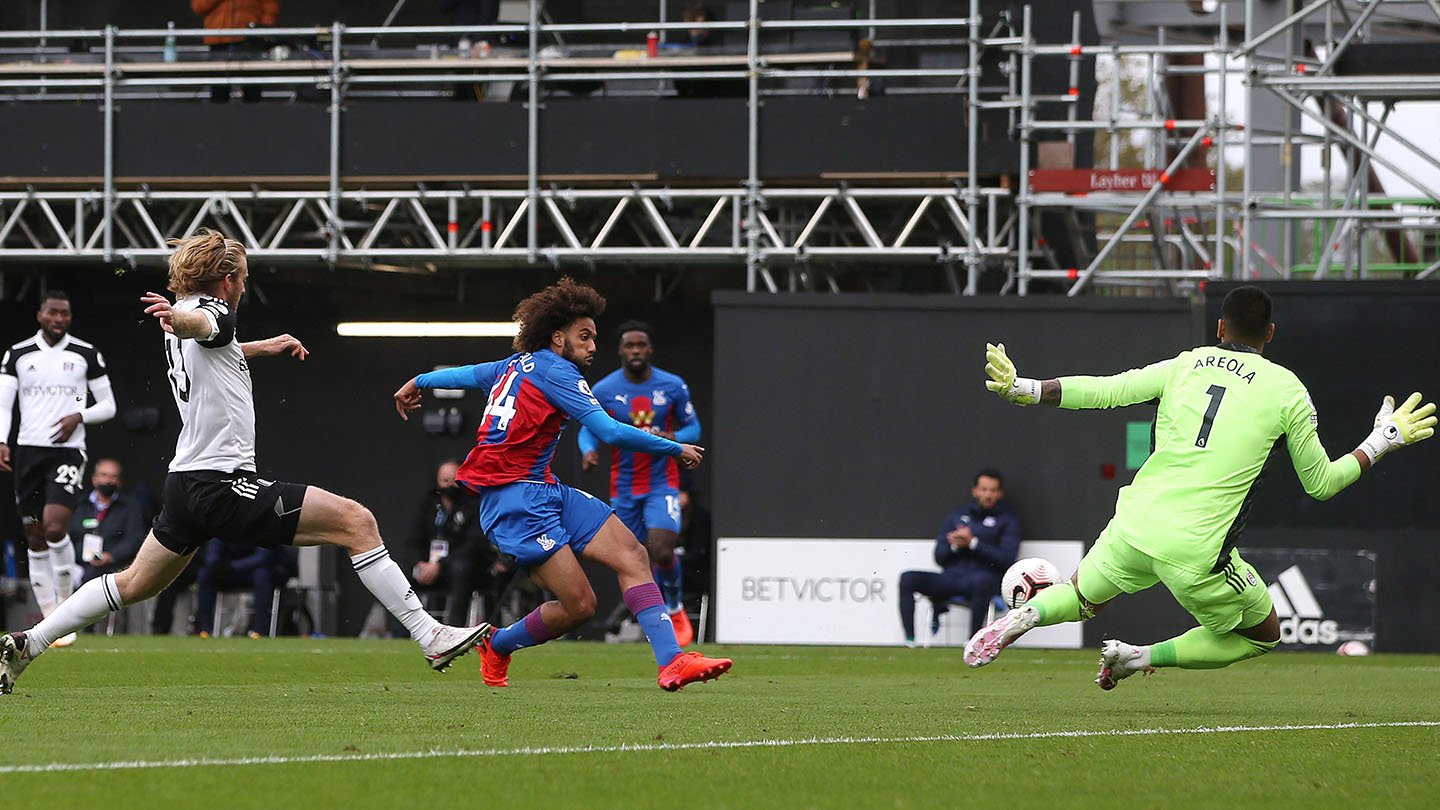 "Today we gave him way more balls than last week [v Brighton & Hove Albion] and you can see it - he scored again, had an assist and could have scored another one. When we gave him the ball he always did something good for the team."

Another teammate Riedewald was willing to praise was his fellow centre-midfielder: Luka Milivojevic, who returned to the side in James McArthur's absence.

Riedewald explained what it's like to play alongside the captain and revealed the pair's pre-match preparations from earlier in the week.

He said: "Luka is a great player, experienced. He spoke with me a lot this week about what we’re going to do as central holding midfield players, us two, and it’s great to have such experience next to you.

"He knows how to play Premier League games - he just talks me through the game about little bits and pieces and it’s lovely to have him next to me."

Stay tuned for full highlights and post-match reaction - available for free via Palace TV here or by clicking 'Palace TV' within the app.