Jeffrey Schlupp is Mr Versatile. Well known for his ability to play across the pitch, Schlupp has competed as a forward, left-winger, left-back and centre-midfielder during his career.

The Palace No.15 has adapted to thrive wherever he is selected, and that has particular importance in a newly fielded formation.

With the Eagles switching from 4-3-3 to 4-4-2 for 2020/21, Schlupp has retained his spot in Roy Hodgson's lineup, and explained his versatility and the team's approach to Premier League Productions.

"I started off as a striker growing up," he said. "I’ve played some games at left midfield as well but I’ve always said it: I’ll play anywhere as long as I’m playing. I don’t mind doing the work for the team.

"We obviously believe in our staff, our manager and his assistants and they have belief in us. They set us up to keep in a tight shape, in a 4-4-2 formation, and they believe in our counter-attacking ability.

"So we can keep a tight shape and then when we win it back we try to get the ball forward quickly to try and help those boys playing up front.

"When you have forward players like Wilf [Zaha], Michy [Batshuayi], Jordan [Ayew] and Christian [Benteke] playing up front for us, we don’t mind doing the work. We seem to do well playing on the counter and I believe the manager sets us up that way because he believes in us." 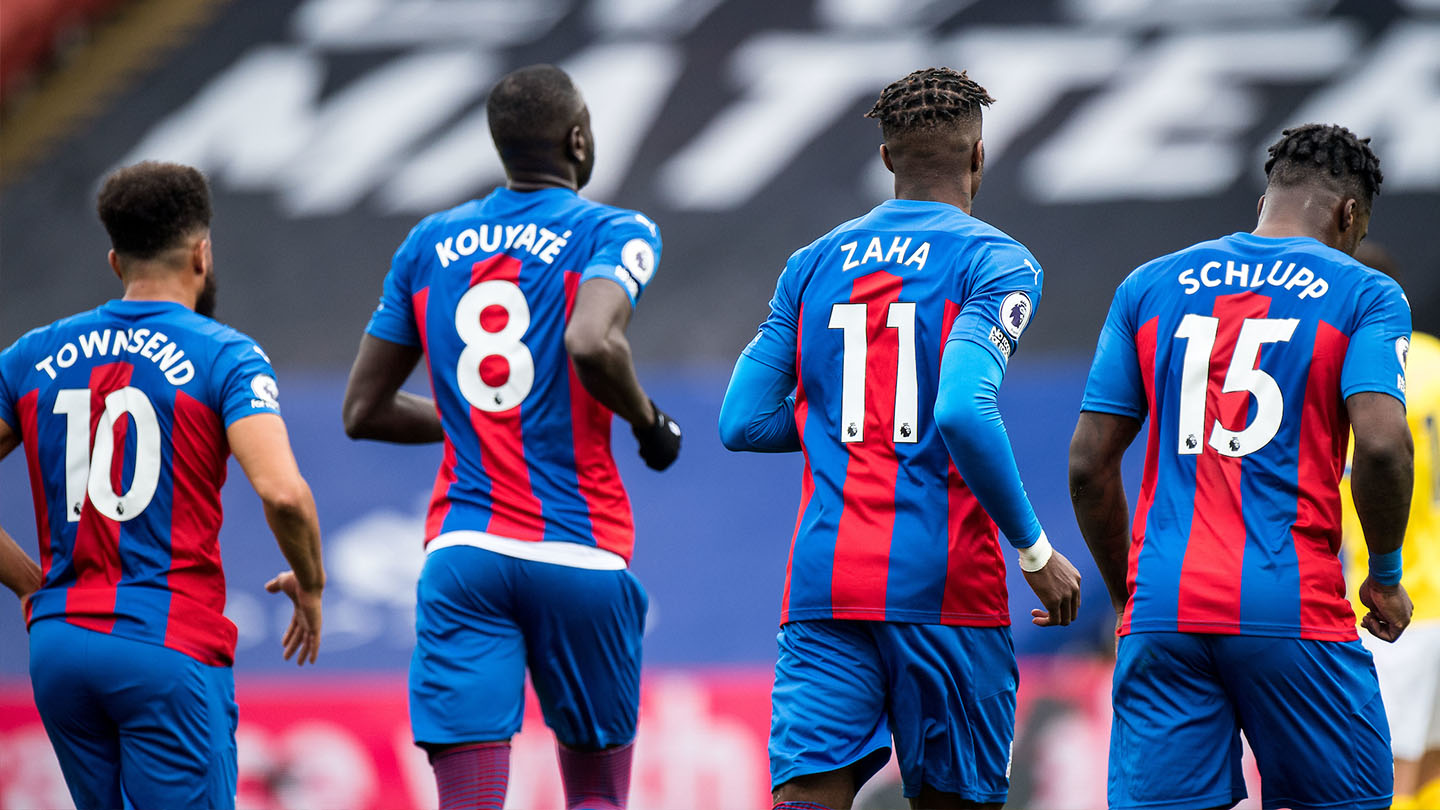 But Hodgson has faced something of a happy dilemma in recent weeks as Palace's squad has swelled to a strength in depth not seen for several seasons. Recently, the manager confirmed five first-team players have returned to the fold, making his selection challenge even greater.

Schlupp revealed what the manager told his players and how having such a strong unit feels for one of its members:

"We’ve always seemed to have these issues with injuries normally. When I’ve been here, I’ve had some problems but most of the players are fit now and it’s nice to give the gaffer some headaches about picking the team.

"He said it to us as well: there are a lot of fit players trying to get into that team, so if anything, we’ve all got to up our performances to make sure we stay in the team."

To hear more from Jeff, head over to Palace TV by clicking here or 'Palace TV' within the app!