Julian Speroni is now coming to the end of an iconic career representing Crystal Palace over nearly 15 years. Here, the official Palace programme reflects on the shot-stopper's remarkable time in south London and takes a deep delve into the stats behind the man.

Hands up if you remember the 3-0 League Cup win against Walsall in August 2005? You could have even been one of the 5,508 spectators rattling around Selhurst Park that night and still not recall it.

While the past few seasons have seen the Argentinian showered with various Eagles’ goalkeeping accolades - such as surpassing 400 first-team games and playing more matches between the posts than any other SE25 shot-stopper - his Man of the Match display against Spurs saw him finally surpass Nigel Martyn and take the overall clean sheet crown; the glovesmen’s equivalent of Peter Simpson’s unsurpassed 153 Palace goals. 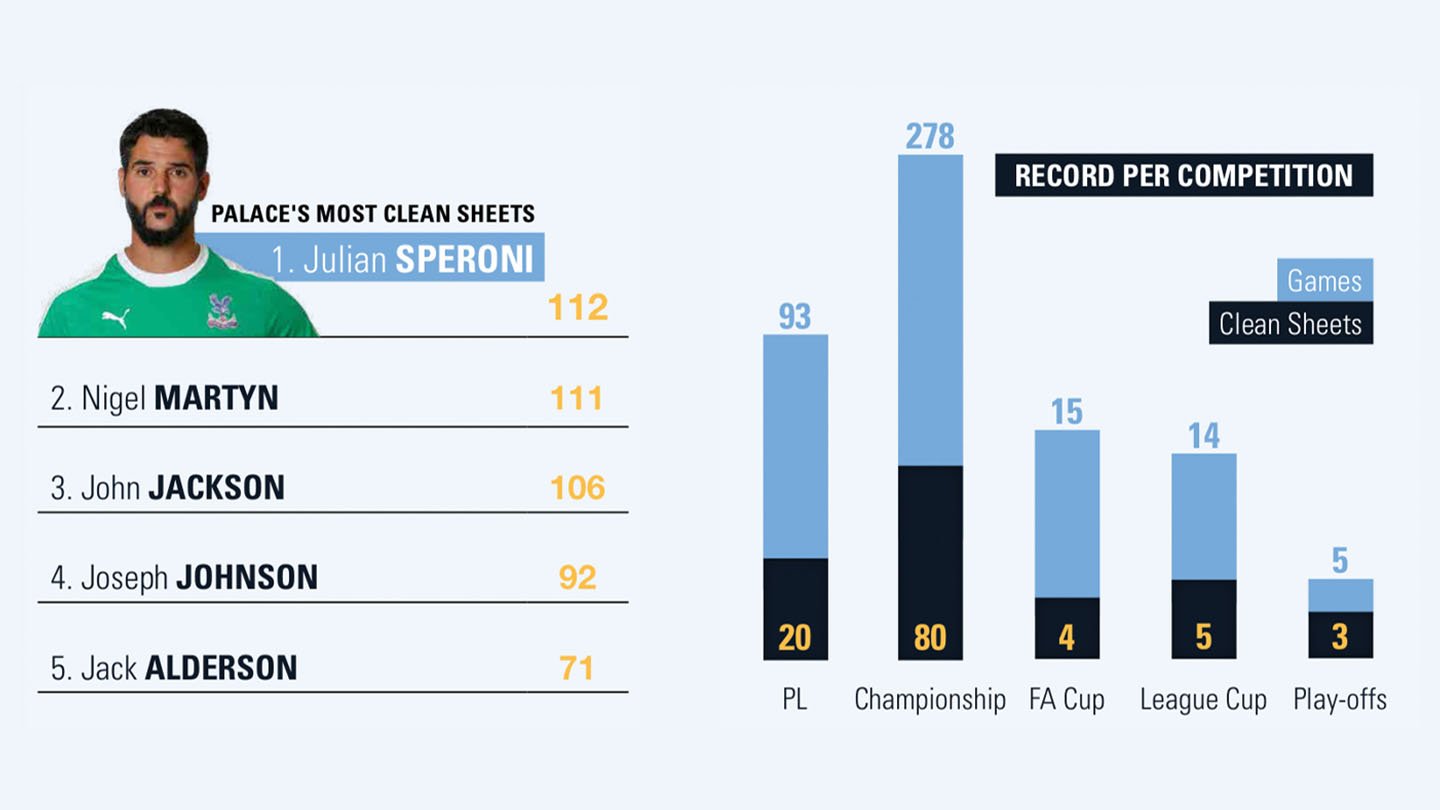 Patience has certainly been a virtue for the 39-year-old Speroni, who endured a year-long wait to keep his first clean sheet after Palace began the 2004/05 Premier League campaign poorly and Gabor Kiraly was installed as the Eagles’ first choice. He then had a gap of 13 months before finally having the chance to break Martyn’s record after drawing level against Leicester City back in December 2017.

But between those first and last blanks bookending his record are some extraordinary numbers. After Kiraly’s departure in 2007, Speroni seized his chance and would end up reaching double figures for clean sheets in each of his next seven seasons; a timeframe that saw him crowned the club’s Player of the Year a record four times as Palace returned to the Premier League.

That occurred on the day of his favourite ever blank: the 2013 play-off final win against Watford at Wembley. In fact, the Hornets have rued his presence between the posts more than most teams, with the Argentinian enjoying six shutouts at their expense as well as Cardiff City, Barnsley and Hull City. 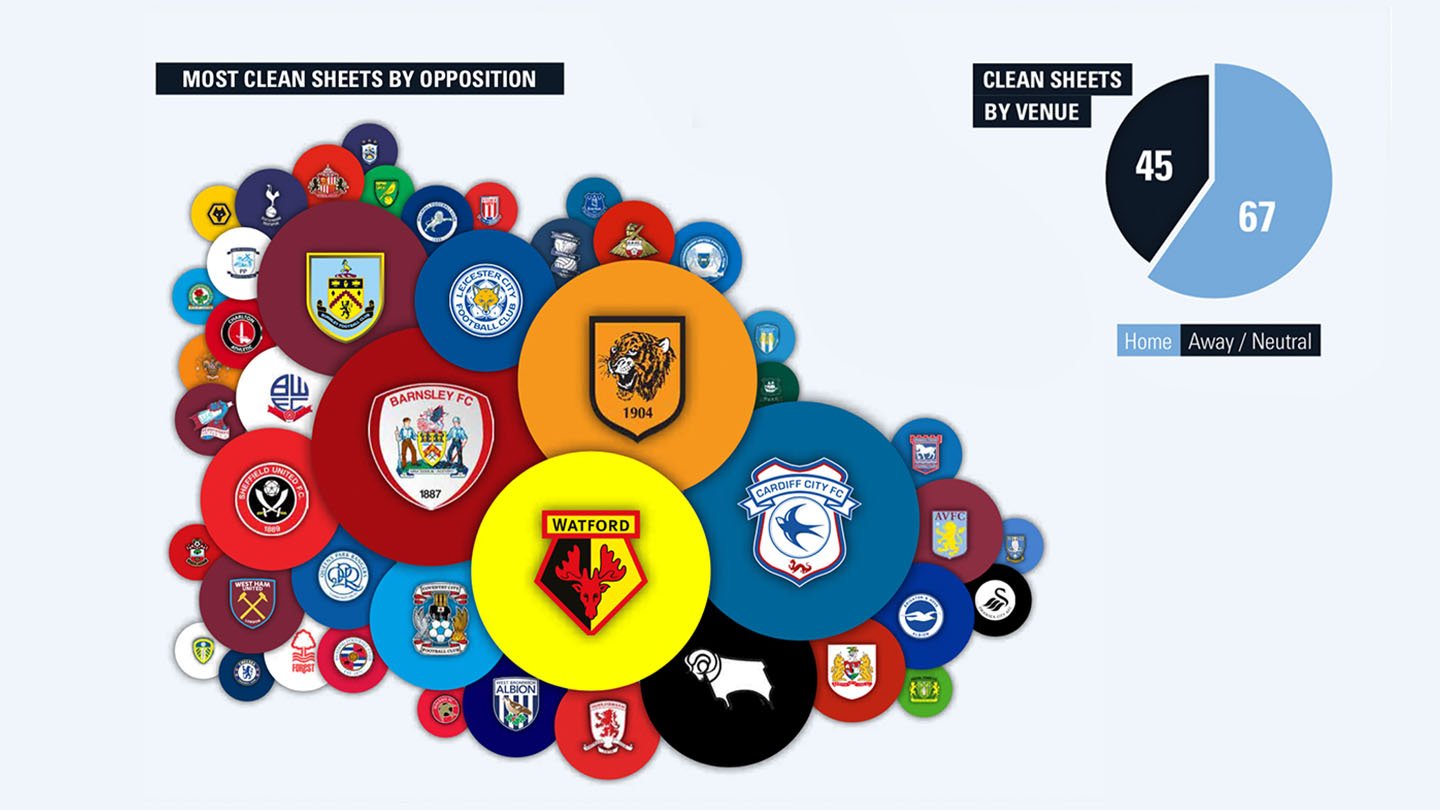 Perhaps his greatest achievement came in the following campaign when he registered 13 shutouts back in the top-flight for Ian Holloway and Tony Pulis as the Eagles dug in and managed to survive in the Premier League for the first time in their history, with Speroni picking up his final Player of the Year gong at the end of that successful season.

Sticking with managers, Speroni’s decade-and-a-half has seen him named between the posts by no fewer than 15 different permanent and caretaker bosses, of which he only failed to keep a sheet clean for Frank de Boer and Lennie Lawrence. The biggest beneficiary of his talents was Neil Warnock whom he kept calm on 39 separate occasions.

He has enjoyed some remarkable purple patches; most notably in the 2011/12 season where he remained unbeaten for five straight matches between October and November 2011, and the previous campaign had seen him spend 12 hours between the Selhurst posts without picking the ball out of his own net as he kept eight straight home clean sheets between November 2010 and February 2011.

Regardless of whether he made it to 112 clean sheets or not, Julian Speroni was going to be universally deemed by the Eagles fanbase as one of the club’s best ever goalkeepers. On top of everything else, the statistics prove undoubtedly that he is indeed Palace’s number one No.1.