Zaha reveals what inspires him each day

Wilfried Zaha spoke to Premier League Productions recently to reflect on the 2020/21 season and his time at the club.

On his own individual season, Zaha was reflective: “If you watch me play and not just at 10:30 on Match of the Day, you will realise that I’m not really a ‘stats’ player. I try to do a lot for the team, but obviously for me now, as I’m getting older, I look at my game and I feel like I try to just be more effective.

“I’ve managed to reach 10 goals again and I’m trying to push on and score more goals,” he said. “At the end of the day it’s all about numbers, no one’s going to go through 50 of your games watching 90 minutes of what you’ve done - they just need that sheet of paper that says ‘how many goals did he score? How many assists does he do?’

“That’s what I’m trying to add to my game. I'm happy this season that I managed to score 10 - I’d like to get more goals but at this moment I can’t complain.”

On building his game, Zaha says he appreciates the impact Hodgson has had on him over the years and how his experience has contributed to his development: “he’s put into perspective how I’m seen at the club and by my teammates.

“A lot of what I do others look [up] to it, even though I may not think they do. He [Hodgson] has just helped me grow as a person in general and as a player just with those little conversations of wisdom.”

While reflecting on his season and development, he was then asked to comment on Palace as a whole and what sets the south London club aside compared to other clubs.

“I feel like the thing that sets Palace aside from all the other clubs for me is how family-orientated the club is, how close they are to the fans. I feel like that’s what makes it so different.

The togetherness and the sense of family extends to the players too, as Zaha explained: “In [tough] situations, you’ve got each other. That’s it. You don’t have crazy owners that would come in and put however much money, you just have each other and you just have to work together.

“When that’s all you have you’ve just got to deal with it every day. I feel like we prefer it this way to be honest. We understand each other and [we] know that once we get on that pitch [each] person’s going to sacrifice a 100% for you. We go through ups and downs together and that’s what makes the team stronger.” 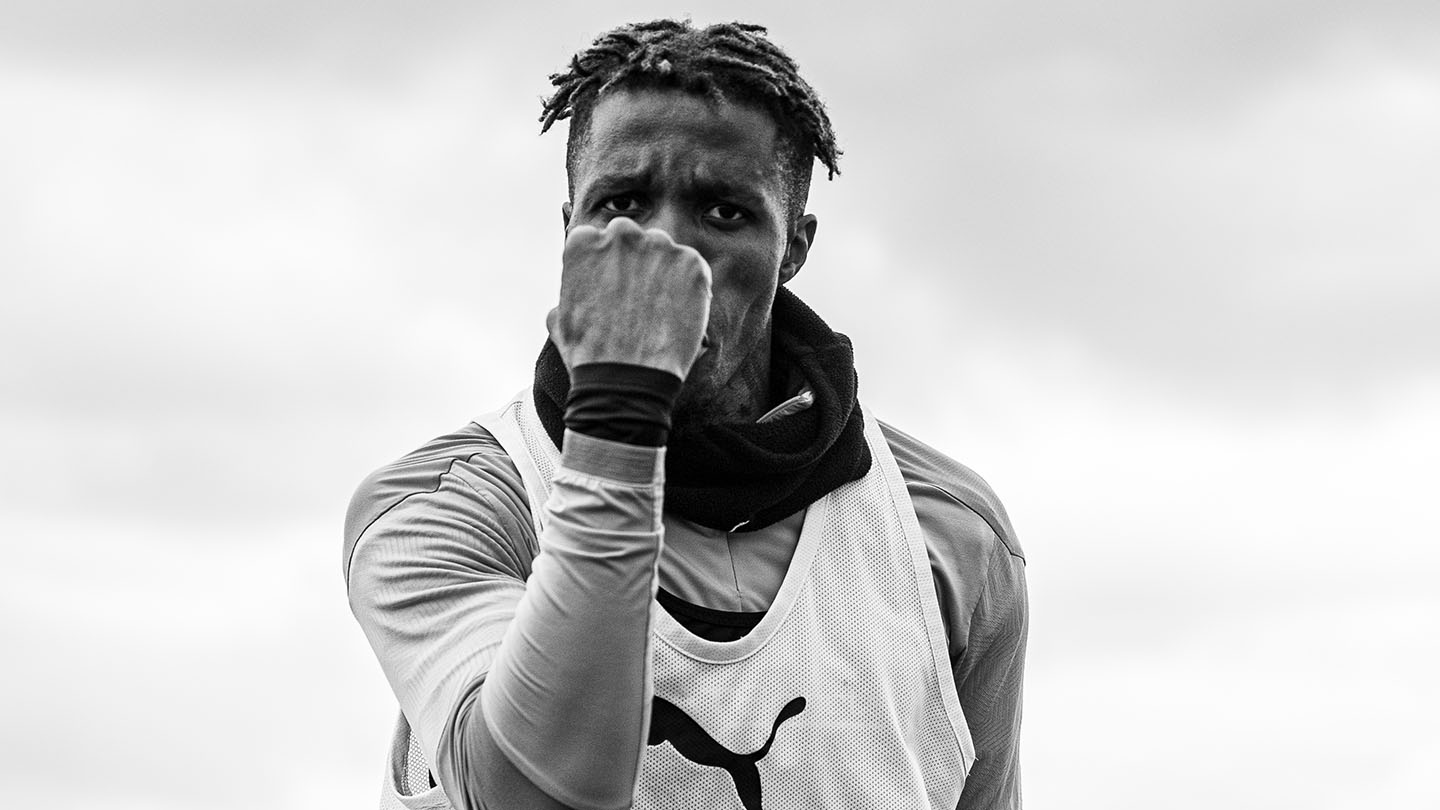 Having been at the club since he was eight-years-old, playing almost all of his professional career in red and blue, the 28-year old offered an insight into how he has grown at Palace on and off the pitch.

“Through those games I’ve managed to analyse my [own] game and now I can sit here and speak about me trying to fixate on numbers and being more effective on the pitch. If Palace didn’t give me that opportunity I may not be here, so that’s the main thing that I’m grateful about.”

Off the pitch, Zaha highlighted the importance of family once more: “What inspires me every day now is my kids.

“I say it to my missus all the time - that’s who I do it for. Every day they’re waking up with a smile. My six-month-old boy, the smile on his face when he sees me, it’s so nice when they don’t see you as a footballer - they just see you as dad.

“He sees me like I’m a superhero. The smile he gives me and how happy he gets - it’s the best feeling ever.”

You can view the whole interview on Palace TV by clicking here or by going to 'Palace TV' within the app.