Roy Hodgson's only time in Denmark was a short but immensely successful period for the acclaimed manager.

Aged 52, Hodgson had already triumphed in Scandanavia with Halmstad, Örebro and Malmö FF and held major roles at the helm of the Switzerland national team, Inter Milan and Blackburn Rovers amongst others. After a season with Grasshopper Club Zurich, the manager was shortlisted for the vacant England job, but had instead accepted an offer from Danish side F.C. Copenhagen.

At the time, Copenhagen were struggling to stamp their mark on the top-flight Superliga, which they had won just once. Before Hodgson's arrival, the Lions had finished seventh and eighth in previous seasons. Contrastingly, Crystal Palace's final pre-season opponents Brøndby IF had finished either champions or runners-up for six consecutive seasons. Eventually, Brøndby would extend this league domination to 12 consecutive seasons.

Even the notion that Copenhagen could trump them to claiming the 2000/01 league title was far-fetched. 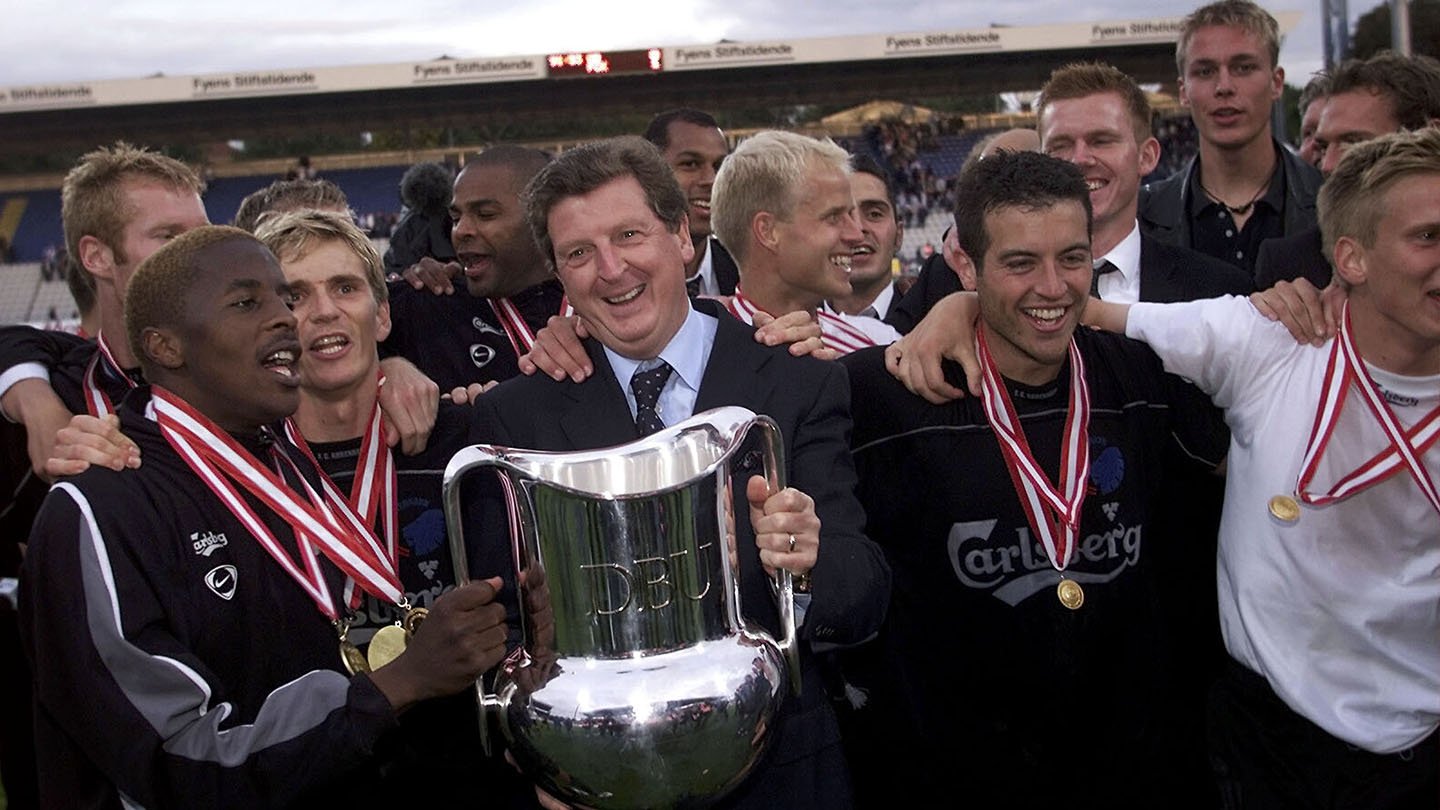 "If you like, we were the new boys on the block and Brøndby were the well-established team that had been doing well in Europe and winning the league year after year."

But Hodgson's impact was profound as Copenhagen mounted a serious title challenge and battled their way through the Danish Supercup - the foremost knock-out tournament in the country.

Copenhagen enjoyed a particularly strong close to their campaign and their form meant that, two games from the season close, they could win the title with a game remaining.

Their opponents? Brøndby IF.

Hodgson recalls the day: "The penultimate game was a really big one because it was F.C. Copenhagen against Brøndby, played at our stadium, which was the national stadium. Big crowd, 45,000 people, and we knew that if we could win that game, we would be crowned champions irrespective of the last game.

"We won it, played very well that day and, as a result, the club picked up its first trophy [since 1993] in terms of being champions of Denmark. But they've gone on to collect many, many trophies since. In actual fact, they now occupy the position Brøndby were in 20 years ago when I came to the club."

To add to Hodgson and Copenhagen's surprise triumph, the Danish club won the Supercup, too. Not bad for a year's work.