Crystal Palace completed their pre-season schedule with a 0-1 defeat against Brentford B at Copers Cope this afternoon. Six members of the first-team squad, including club captain Luka Milivojević, featured in a squad consisting of mostly Under-18 and Under-23 players in front of Roy Hodgson and Ray 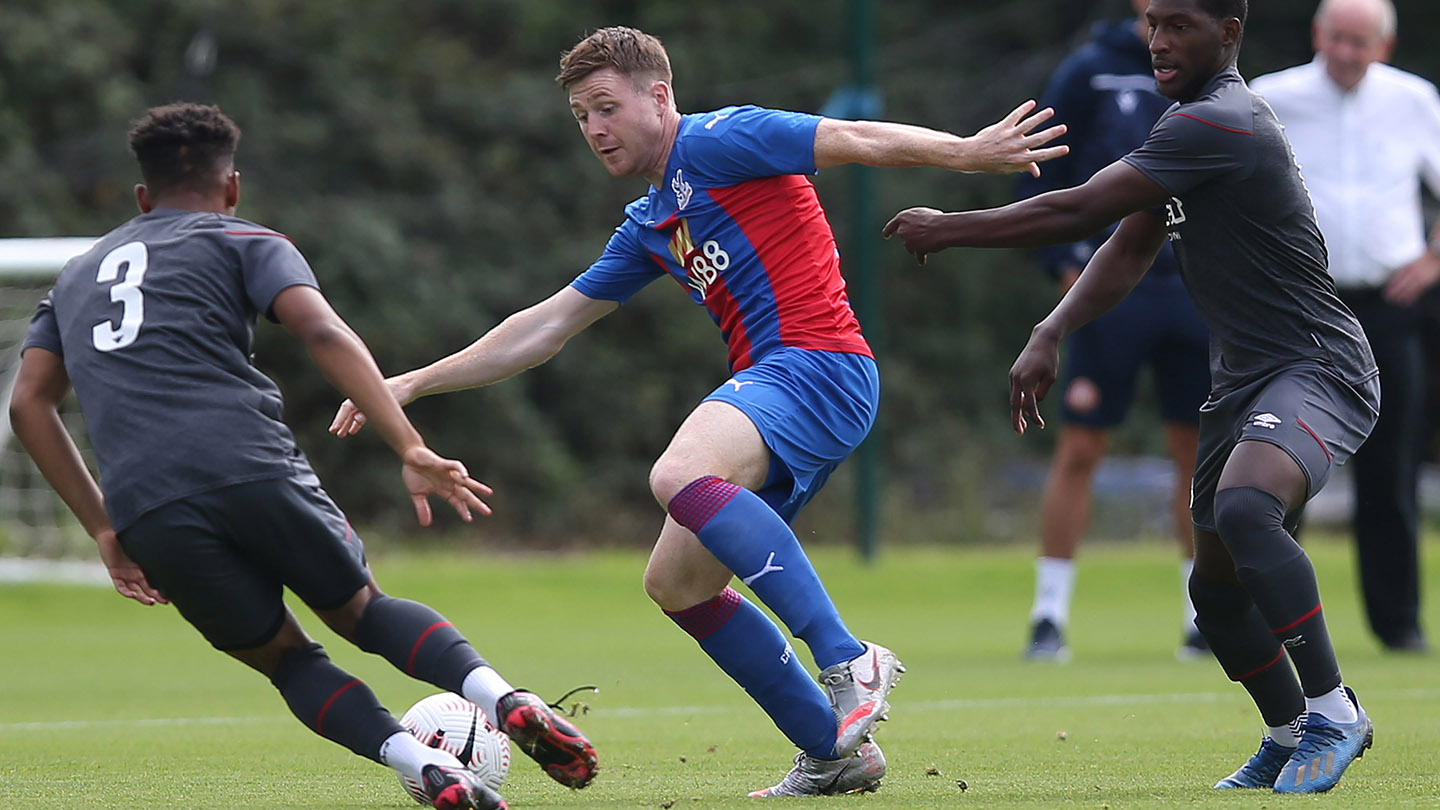 Brentford B enjoyed the lion’s share of the possession in the opening stages and had the first chance of the game after just five minutes, with Read rattling the bar with a dipping effort from 30-yards.

Much of Brentford’s early play was down the right-hand side, with Shandon Baptiste linking well with right-back Fin Stevens. It was this combination that led to Brentford’s next chance, with Baptiste picking up the ball 20-yards from goal before driving into the Palace box. James McCarthy, back from international duty with the Republic of Ireland, did well to track the run and dispossess Brentford’s No.6 before smartly winning a goal kick for the hosts.

Shandon Baptiste, Brentford’s most experienced player on the day with 12 league appearances last season, was pulling the strings for the Bees and he created their next chance. After again combining with Fin Stevens on the right, Baptise rolled the ball to Halil Dervisoglu, who flashed his effort just inches wide of Henderson’s far post.

After weathering the early storm, the Eagles started to grow into the game. On the half-hour mark, Nya Kirby was starting to see more of the ball and was often looking for Meyer on the Palace left. Meyer found Brandon Pierrick, who twisted and turned before driving an effort straight at the Brentford goalkeeper. 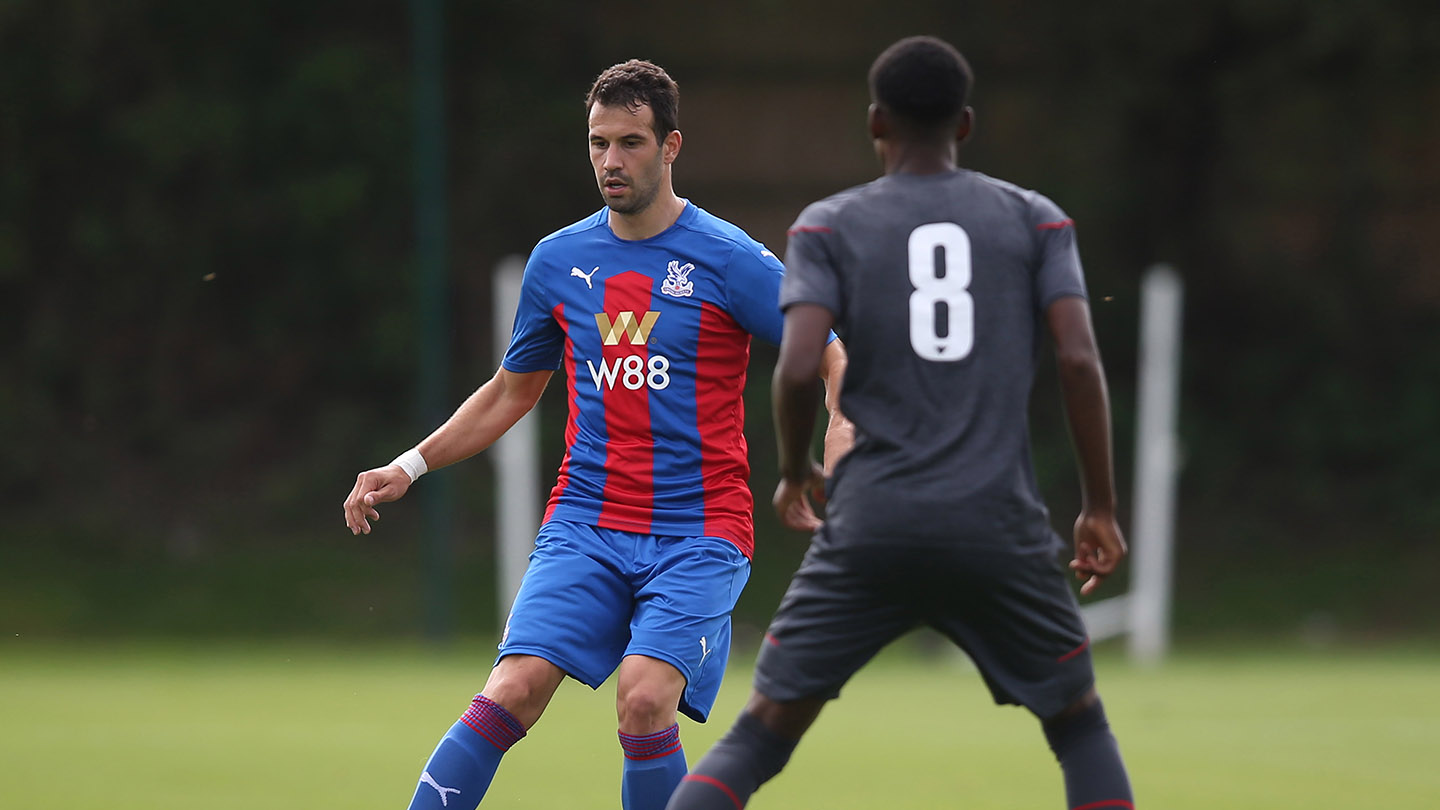 Just before half-time, Nya Kirby again found Max Meyer, who decided to go for goal himself this time. Meyer evaded the Brenford defence with a series of stepovers before smashing the ball just over the bar with his left foot. The sides went in level at the break.

The red and blue momentum continued into the second-half. Pierrick and Meyer, who were clearly on each other’s wavelength at Copers Cope, forged the first chance just seconds after the restart. Meyer released Pierrick down the left, who drove into the box and smartly found Meyer among a sea of black shirts, but the German could only plant his header straight at the goalkeeper.

Despite their early dominance, it took Brentford 58 minutes to test the gloves of Stephen Henderson. The Palace No.31 was called in to action against twice in a matter of minutes by Marcus Forss. Henderson was quick off his line to smother Forss, who was clear on goal for the first chance. The second was an even more impressive stop: after again finding himself behind the Palace back-line, Forss decided to shoot a lot earlier this time but Henderson was equal to it with a strong two-handed save down to his left.

Hodgson was happy with the established first-team outfield players’ run-out and Kelly, Milivojevic, McCarthy and Meyer were all replaced on the hour-mark by, Dylan Thistleton, Fionn Mooney, Kevin Gonzalez and Malachi Boateng. 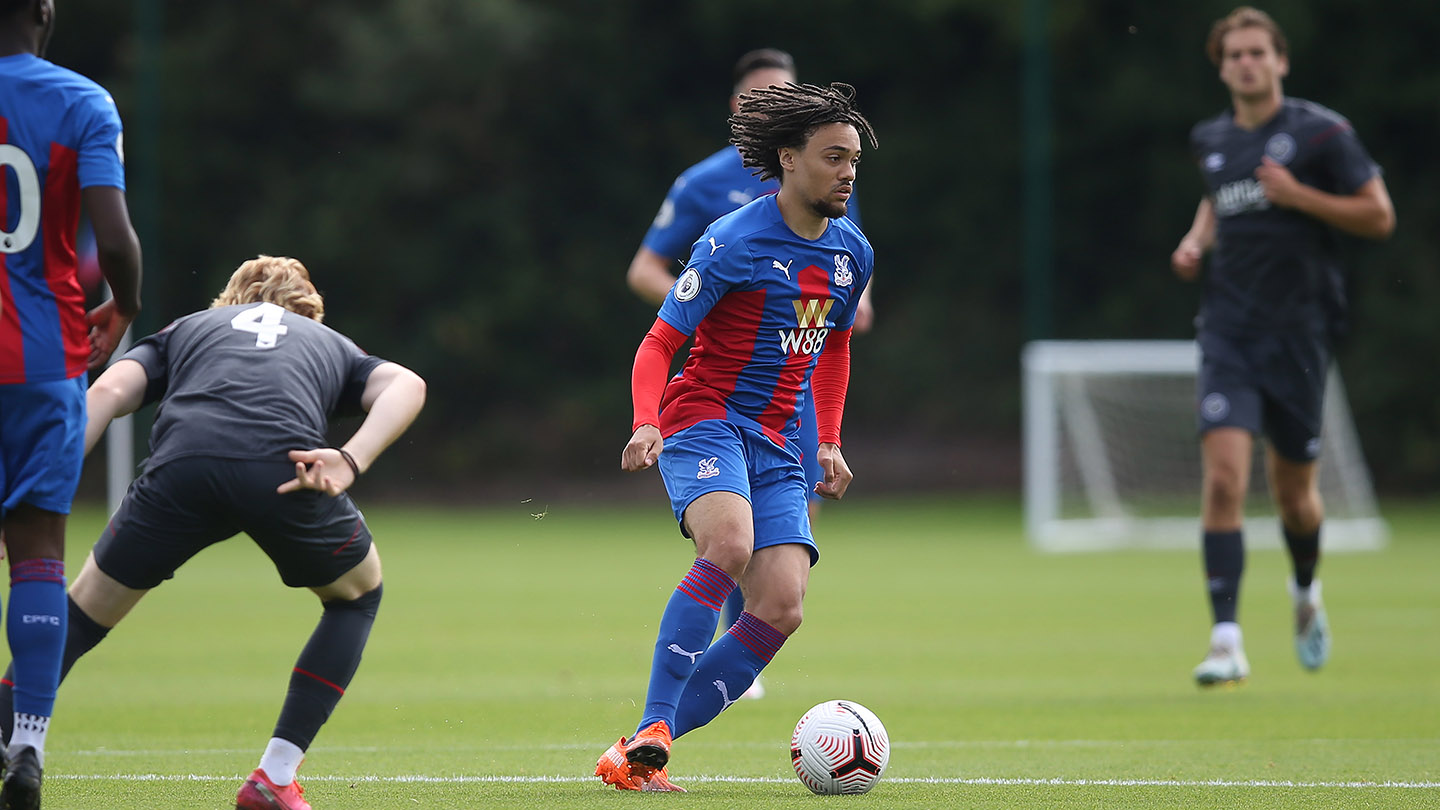 The youthful Palace side were hounded and pressed by Brentford in possession as the visitors continued to create the better chances in the second-half. The Bees’ high-press was epitomised when Ryan Inniss was robbed of the ball by Trialist up front, but with the goal at his mercy, he managed to only slide the ball wide of Henderson’s left post.

With just 12 minutes remaining, Brentford B got the goal their dominance had deserved. After a succession of corners, Pressley peeled off the back of the Palace defence to find himself able to trap the ball dead and fire past Henderson at close range.

A series of subs and knocks for both sides gave the hosts no time to regain any momentum to force an equaliser and the final pre-season outing for both first-team and Under-23s ended in defeat.