Jordan Ayew reflects on life growing up with a footballing icon

Last season, upon joining the Eagles on loan, Jordan Ayew sat down with the Palace Programme Editor and spoke about his dad, his time in France and about not actually wanting to come to English football! Now, after completing his permanent transfer to south London from Swansea, the interview has great relevance still and offers Palace fans a fascinating insight into our newest permanent addition.

If you asked anyone from Ghana in the 1990s about Abedi Pele, his name would have brought responses such as ‘legend’, ‘the African Maradona’ or ‘a pioneer’. To Jordan Ayew, though, he was simply ‘Dad’.

One of the biggest stars in his nation’s history, Pele is seen as the first African footballers to make a substantial mark on the European game during stints in the top tiers of Italy, Germany and France, the latter being where his crowning moment would come as he put in a Man of the Match display in the 1993 UEFA Champions League final for Marseille to claim their only European Cup.

The three-time African Player of the Year would also leave a legacy to Ghanaian football in the form of his three sons – Ibrahim, Andre and Jordan - who have all represented the national team at World Cups. It could have been very different for the youngest Ayew, though, who despite being born into footballing royalty was never forced to become the heir to his father’s throne.

“It was something that happened naturally; Dad never put pressure on us,” Jordan said. “I grew up with my grandparents in Ghana and my mum, dad and brother travelled around wherever my dad went. Then towards the end of his career I followed him too. I was too young to see him in his prime, but I saw him play one or two games towards the end of his career. I’ve heard lots of positive things about him and he talked about his career a bit, but nothing more than that.

“He kept protecting us and letting us do what we wanted to do to achieve our dreams. He supported us and the whole family, but I was never pressured into football. My brothers and friends in the area would play football like everyone does, and I started playing at school. Naturally you begin to dream that you might become a footballer.”

Just like his brothers, father and even two of his uncles, Jordan’s dream would come true as he became part of the Ayew dynasty when he was approached to tread in his father’s footsteps and join Marseille’s youth ranks. However, it wouldn’t be a friendly word from one of the club’s most legendary figures that would open the doors, instead it was pure pedigree and teenage talent that saw l’OM bend their own rules to snap up the blossoming hot shot. 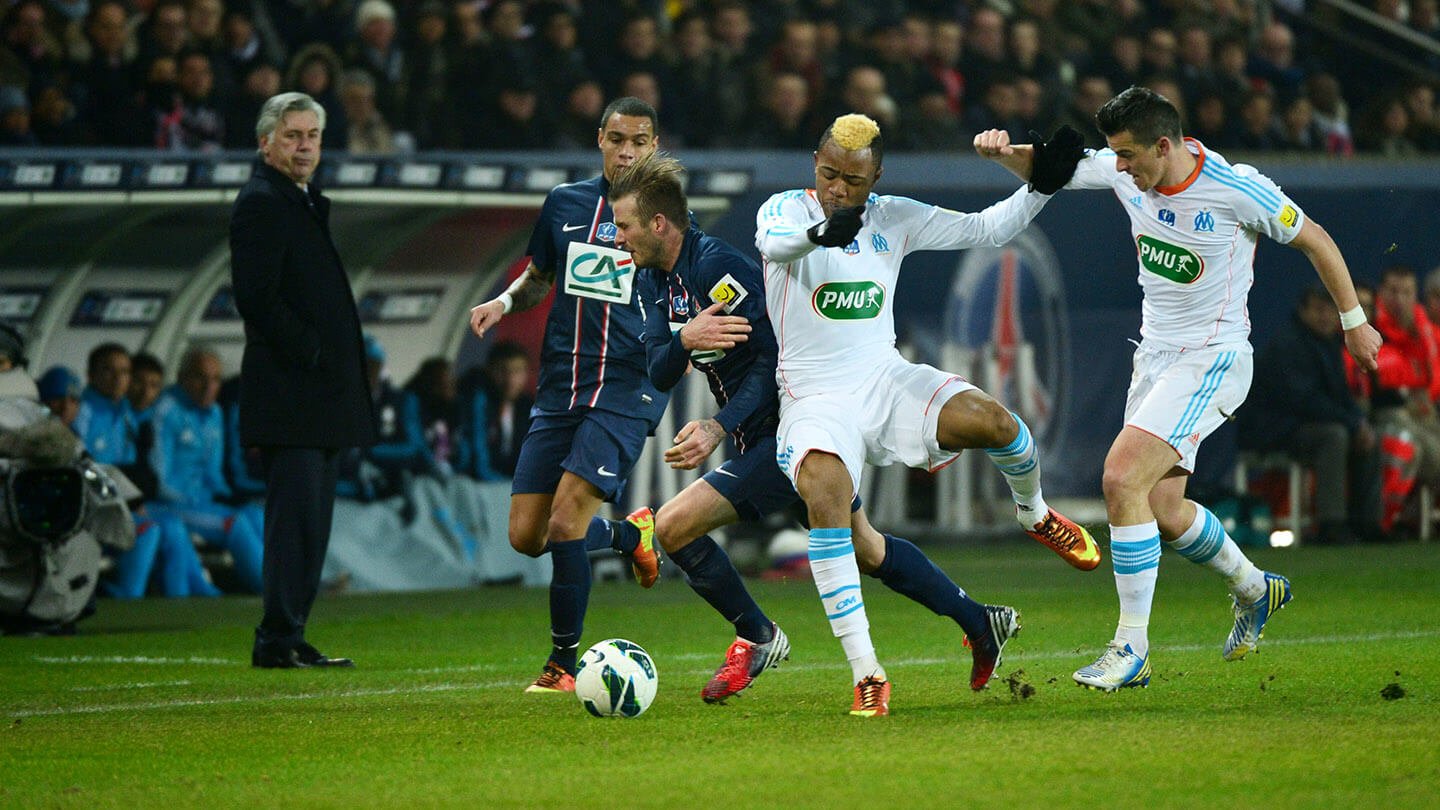 Reflecting on his early beginnings in the game, Jordan said: “When Andre started playing for Marseille I was happy for him but my dream was to also play football. It was just about enjoying the game, nothing about competitions or anything like that. It was a passion for me; I grew up watching football because it’s something that is in the family. I mostly watched French football, and before I moved the Premier League came to Ghana in around 2001 so I’ve been watching it ever since.

“My dad had a team in Ghana and we played in a tournament in Switzerland. Some scouts were there and I had the opportunity to have a trial with three teams in France. I went to Marseille and was successful, but I had to be 15 to get into the academy, and I was only 13 because I was always playing with the older people in Ghana. There was another team that wanted to take me anyway, but Marseille found a way to put me in, and that’s where everything started.”

Upon his ascension to first team football in the south of France, there were plenty of highs. Ayew’s professional debut would see him score off the bench to help clinch a 2-1 win against Lorient in December 2009, a campaign that ended with the Ligue 1 title and the first of three League Cup successes during his time at the Stade Velodrome, and featured 14 times in the Champions League where the ghost of Pele’s successful 1993 side constantly loomed large. 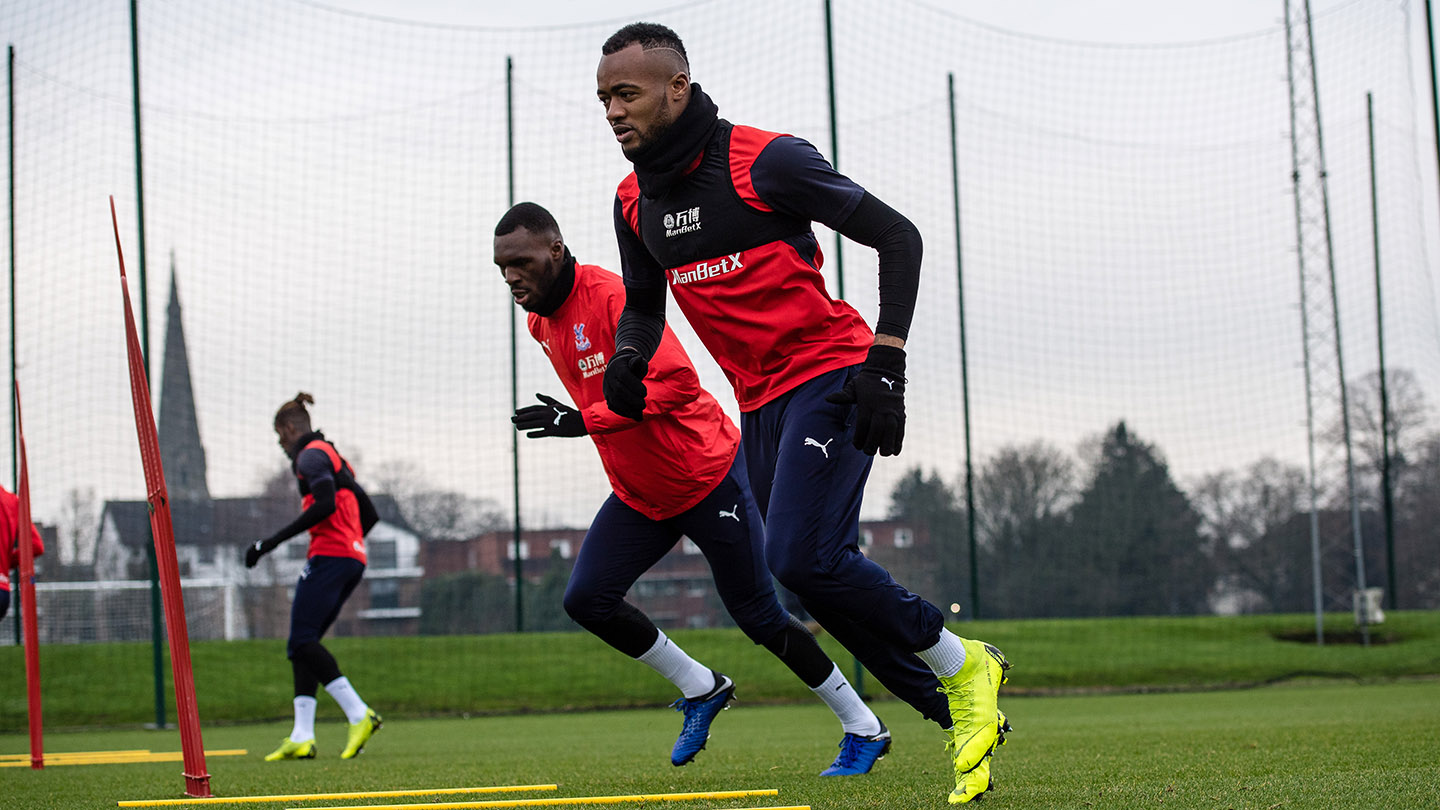 However, with his brother among other stars blocking his pathway to regular action, Ayew decided to step out of the shadows and make it on his own. “It was a very difficult moment because Marcelo Bielsa was at Marseille and he wanted to keep me but I went to Sochaux for six months on loan to get some minutes ahead of the World Cup and I really enjoyed it.

“When I came back to Marseille I wanted to be a really important player somewhere. In Marseille they had my brother and [Andre-Pierre] Gignac and other really top players, so the only thing I could do was move to a team that would give me an opportunity and responsibility. I could have stayed at Marseille my whole life; I had friends there and it was like my home and I had come through the youth team, so everything was perfect but I didn’t want to just be there and relax, I wanted challenges and to test myself.”

Ayew’s step backwards would eventually propel him two or three forward. He opted for a permanent move to Lorient in the summer of 2014 and would plunder 13 goals in 33 matches to attract the attention of Aston Villa, who were searching for a new striker following Christian Benteke’s departure to Liverpool. Despite dreaming of playing in the Premier League having grown up watching it, he admits he eventually ended up in the division not by choice.

“Funnily enough, I didn’t really want to go to England!” he smiled. “I enjoyed the season I had with Lorient and really wanted to stay another year to continue playing but the money was too good for them so I had to go. I went to Villa which was OK but we were unlucky that we went down, and then went to Swansea City. The following year we were unlucky as well and went down which is something you can’t really explain. I learnt a lot from those moments, and they have made me stronger mentally. It’s something that I don’t wish for anyone.”

Having battled against relegation for the entirety of his time at Villa Park, the Liberty Stadium and partly in SE25, you’d think that the 27-year-old would be immune to pressure, but he believes that scrapping for Premier League points is a world away from 29 million Ghanaians craving success at international level.

It has been 37 years since the Black Stars last lifted the Africa Cup of Nations, when they were spearheaded by none other than Abedi Pele himself, and Jordan admits playing for his nation can be a burden, but it is one he is proud to shoulder.

“The only pressure I’ve felt was when I came into the national team, because of the pressure from the population,” he admitted. “I’ve not really felt under pressure in Europe where the most important thing for me was just to try and have a career. When I made my national team debut I was very proud because even though I grew up in France, my childhood was in Ghana, so when the opportunity came to play for France youth or Ghana, there was no question for me.

“I don’t regret it at all, I’m very happy. I have had a lot of experiences with them; I’ve been to four Africa Cup of Nations. I also love that I can say that I have played in a World Cup; it’s a dream for any footballer to play in the biggest competition in the world so it was a proud moment and it’s great to have on my CV. It gives you a lot of confidence as not many players have done it.”