McArthur recalls 'fighting' and 'gangs' of early life in Glasgow

Glasgow, 1987. It’s mid-autumn in the city’s East End, one of the most violent areas of Scotland, and James McArthur has just been born.

Elsewhere and only days after, two men are murdered a dozen miles from the newborn’s home. Gangs rule the streets and the emergence of Class A drugs take their first grasp of the criminal market in working class neighbourhood Barrowfield.

“There would be different ‘schemes’, different areas fighting with each other,” McArthur explains. “When you think about gangs you think drugs. This was over nothing. There would be 15 boys and 15 boys, not running up and batting each other but throwing bricks and running and throwing bricks and running. It was just because you were from a different area. That’s the way it was in Glasgow.”

But as time went by, a young McArthur would strive to look past the violence which enshrouded the safety of his family home and begin chasing a dream: life as a professional footballer. 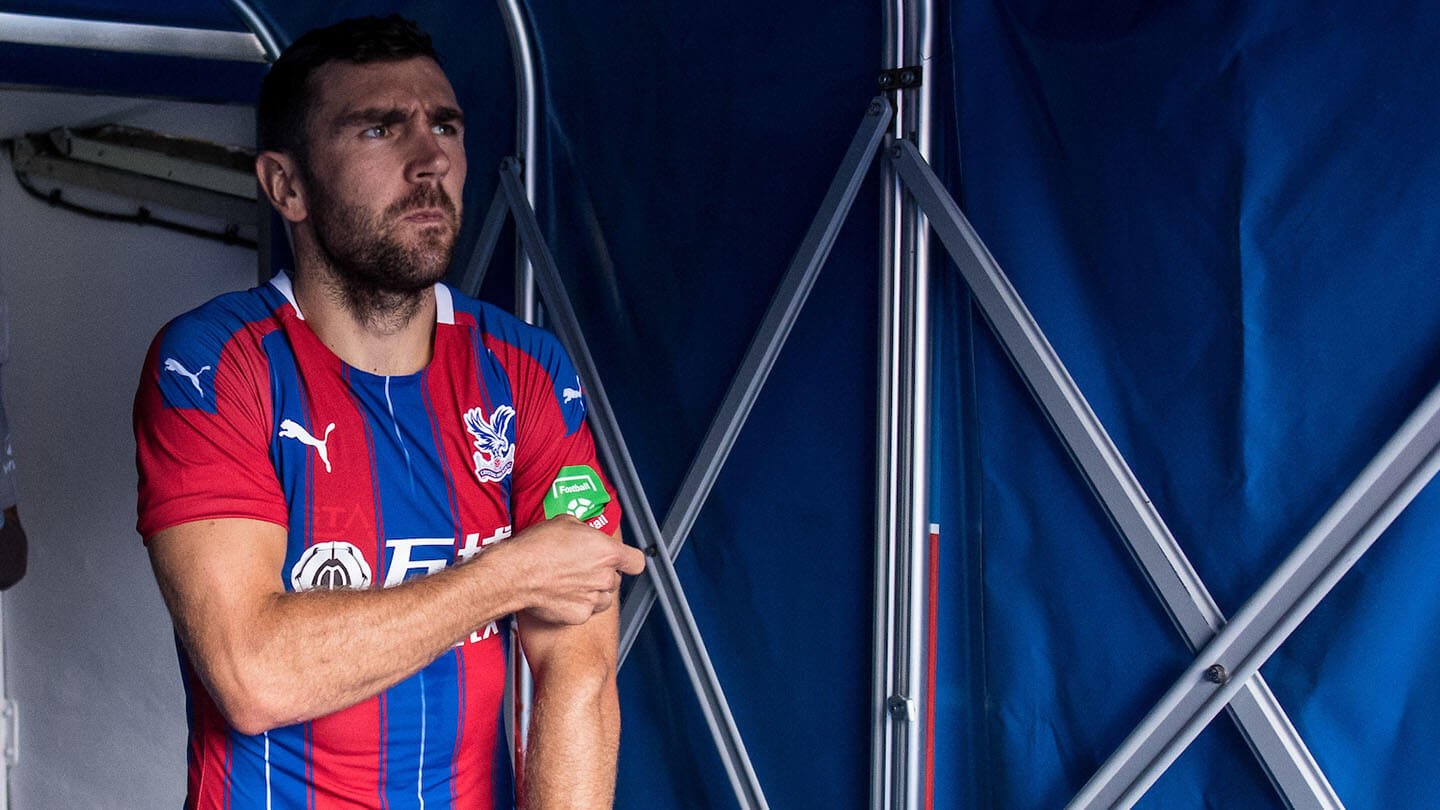 20 years on, the Glaswegian stretches back on a sofa in Crystal Palace’s kit room, the last player still on-site, and reflects on his upbringing with vivid recollections from 400-miles away. Naturally, a childhood at the zenith of Glasgow’s violence tempts writers into graphic parallels with iconic, more dramatic portrayals from No Mean City or Trainspotting, the former set in Scotland’s biggest city and the latter filmed there.

Though the image McArthur recalls - not warped by an endless monochrome sky, and surely more accurate - is far from the dirt, violence and destitution depicted in Herbert Kingsley Long and Irvine Welsh’s social critiques.

Instead, the 31-year-old portrays a near-utopic scene, smiling as he recounts a childhood which he calls “a lot different” to today.

“Down in the streets on a nice day you’d go round on your bike, round in this square, building ramps to jump over,” he recalls before quizzing: “Did you ever used to get a can or a carton and stick it in your bike wheel? You’d be hearing stuff like that.

“There would be ice cream vans going around every 20 minutes and we’d be trying to get sweets, trying to get sugar just to keep you buzzing. We played football in the streets every single day, playing on grass and gravel pitches, playing tag, running around for hours.

"You used to try and find anywhere to play; literally 22 players, 26 players, anything to go and play.

“If there weren’t many people playing you’d play your mates at what we called ‘Records’. You cross the ball in, try and score and if the ‘keeper catches it you go in goal. Games like that. People were climbing trees in the back and just doing random things you would never, ever think about doing. Doing things you’d never see now. I’d never, ever change my upbringing: it helped me become the person I am.” 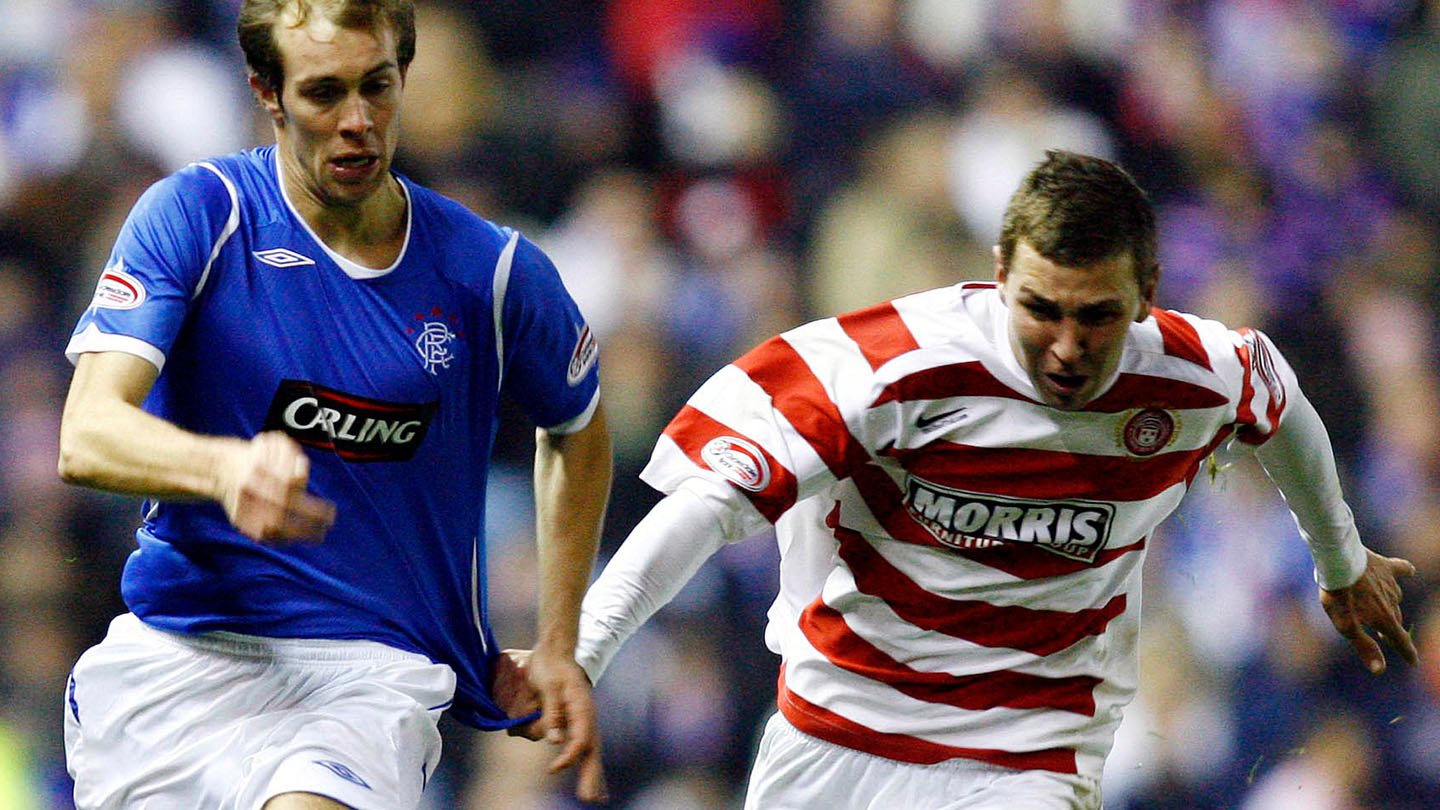 But away from the innocence of a child’s recess, the realities, grit and perpetual challenges of Barrowfield are today reflected in McArthur both on and off the pitch: steely, determined and grounded in every sense.

An international career, FA Cup title and 11 seasons of top-flight football later, the Scotsman still credits his founding years for a remarkable ability to keep both feet on the ground in the face of rapid success.

“There were a lot of temptations that I stayed away from,” he reflects. “Some of my family are still there, it’s part of their life, part of my life that will never, ever go and it’s one of the upbringings that will never let myself or anyone from that area get ahead of themselves.

“You appreciate things that you’ve got in life. Most people that came from Barrowfield when I was growing up didn’t have anything really; no money, very poor lifestyles. I think a lot of people, footballers, were coming from those backgrounds.

“In my experience of rough areas back in my day, people have got that extra drive, extra bit of character and extra determination and I think at one point in the Premier League there were six or seven managers from Glasgow. It was all the same upbringing most people had. It’s a certain type of character that you need to be to not ‘survive’, but do well in life.

“There are so many kids now that get a couple of games and players or people, crowds, fans, anything, build them up to think: ‘I’m going to be the next big thing.’ We speak about what advice would we give and one of the things is to always keep your feet on the ground.” 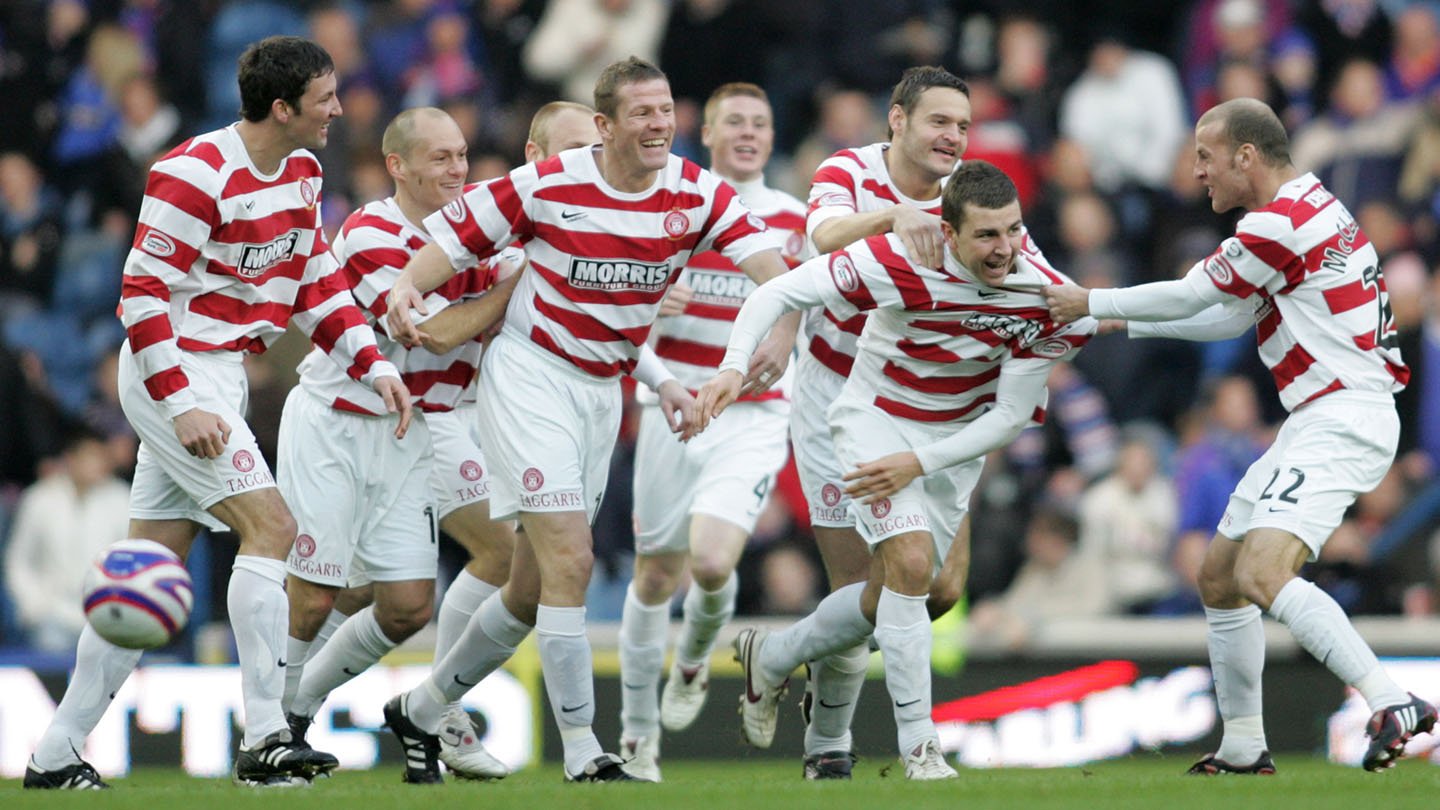 A recurring aspect of the midfielder’s ability to keep his head down and focus on forging the career he has today was the ballast provided by both his mother and father. The son of a scrapman, McArthur credits his parents for his career and character to this day.

“Mum was looking after me and my brother and my dad was the one who had the income to try and support everyone,” he explains. “If it wasn’t for them then I wouldn’t be where I am today. They keep that drive, keep putting it into you. Running you to Aberdeen, Perth, Edinburgh and all the way around the country for training two or three times a week.

“They were there when I fractured my ankle and when I went through a hard spell to try and get into a St Johnstone youth team. They’re the people who keep believing in you.

“My mum and dad made sure I never got into stupid things. They were instrumental in keeping me safe, keeping me on the right path, keep pushing me to do the right things.

“If I ever wanted to go out, Dad would always make me aware of how much commitment he’d had of running me about for 10 years. At the age of 16, let’s say, people want to go and have a drink or they want to do the wrong things. He’d say: ‘You’re training tomorrow, you’re doing this or doing that. Keep doing the right things.’

“They were quite strict but they needed to be. I’ve always said to Dad that he needed to be strict in keeping me away from all the wrong things. There were gangs fighting and all of this going on around you. I wouldn’t be the person and have the career that I have now if it wasn’t for my mum and dad.”

Vice-captain of Hamilton aged 20, captaining the side in the same year he earned his Scotland Under-21 debut and later winning the Scottish First Division as a nominee for Player of the Year, McArthur could certainly claim he had realised his dream from the gravel pitches of Barrowfield.

But the upbringing which accompanied life on the gravel pitches still bears its mark today, with the midfielder refusing to indulge in his own achievements.

“I always want to do better, I always want to focus on winning and doing whatever I can to win. Do I think by going to a stadium and looking and thinking: 'Wow, this is amazing: look at that and look at this,’ that that’s going to help me win a football match? No, it’s not.”

A mixture of parental support, inner strength and a toughening first few years, McArthur is every bit the product of his upbringing.

“I wouldn’t change it for the world,” he says.

You can read loads more exclusive interviews in the Palace programme, which is available to buy at every home matchday. If you missed the game, grab a digital copy below!