We've got the birthday boy live on our Instagram at 13:00 BST today and you can ask him anything you want. Before you decide on the things you want to find out about our captain, here's his programme interview from the recent Southampton programme to help you.

The recent game against Sheffield United marked three years to the day that Luka Milivojević took part in his first Crystal Palace training session. For the Blades programme, the club captain was the cover star and feature interview. You can now read what Milivojević had to say, below.

Luka Milivojević hates talking about himself. But hearing what others think of him? “That has worth.”

We share with him our recent discussion with Roy Hodgson about the Palace captain. The Serbian tops several statistical lists under Hodgson: most starts, most minutes and most goals. Indeed, it was Hodgson who first handed the captain’s armband to the midfielder.

“He’s turned out for me to be the ideal player in this position, and the ideal captain. As a manager, I’ve been very lucky to work with him - being the person he is, and the player he is,” Hodgson says.

“He’s an ever-present – that reliability and consistency that players like him give is one of the most vastly underrated qualities. We’ve seen it here with other players that come with pomp and circumstance, but if you look at the minutes and what they’ve done for the club over a similar period of time, it’s a lot less than you’ve got out of your Lukas, Maccas and Wilfs.

“I will always cherish players that I can trust, rely upon, and am confident in what they’ve got to give – and that they’ll deliver it and not [those who] ‘could be good, may be not’.” 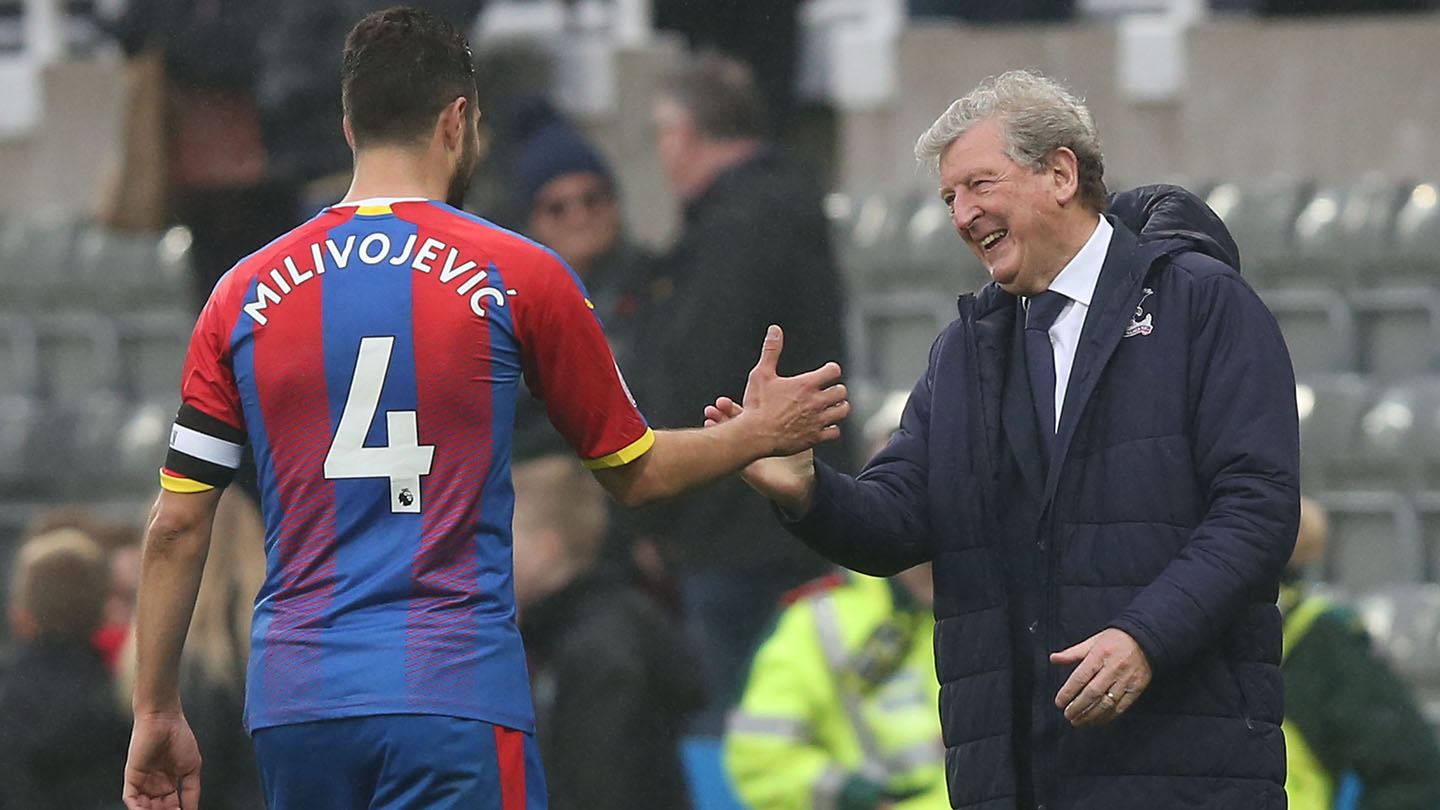 The captain digests this, and pauses thoughtfully before responding.

“When you have a manager with that level of experience – when he says those kind of words about myself, I don’t have enough words to thank him for this. All the time, he is one very honest and open person – when it’s good, he’ll tell you. When it’s wrong, he’ll tell you what is wrong. He never hides – he puts it all on the table.”

It is a meeting of minds between manager and captain: honesty, reliability and responsibility.

What you see is what you get with Luka. A modest family man, who doesn’t want for more. It was no surprise then that given his performances, a new contract was awarded in the summer. Whilst some contract renegotiations can be protracted, Luka’s was agreed after just one short meeting with Chairman Steve Parish.

“When people show you respect, I have very good status here – I’m the captain. I have very good teammates. I’m happy every day – I play, I train with a smile. I’m fit and healthy. Those kind of things don’t have a price.

“It was a very easy decision for me – those who know me, know I am happy with very simple things. For me, the simple things are: I am very happy in this club, I respect what this club has done for me in three years, I’m proud of other’s opinions in the club of me – and the fans as well. I respect that a lot.”

Milivojević is one of few Premier League footballers who lay largely dormant on social media platforms. He does not crave nor seek attention, and would sooner go under the radar.

“I don’t need to go over that – to show myself on Instagram, to provoke their eyes onto myself – with hair, tattoos. It’s just not who I am. Of course, this is just my opinion, and some players love that side of life and I respect that. For me, it’s very simple: I try to be a normal person, I don’t try to be a Premier League footballer. I try to be very professional person, who has responsibility – I am playing for my national team, for Crystal Palace in the Premier League, I have a family. You have responsibility in your life, because a lot of people are watching you. The most important, yet the most difficult thing is - to be simple. But when you are, your life is much easier to lead with that.”

It is impossible not to be refreshed by such a mindset, and it is worth remembering that he is still only 28. It is a grounding he owes to his parents. “When I was very young, my father told me never lie, never steal anything and be a good man.

“I was around 12, 13 or 14 – I played No.10 position. I scored many goals in that period. After one game when we played away – my father was at home. I came back and he asked what happened, I said – ‘yeah, it was good, I scored two goals’. He asked what was the score. I said we lost 2-3. But I was happy! He told me, ‘you cannot be happy – because your team lost’. I was 14, I didn’t understand what he was talking about. Because I was young, I never thought that way.” 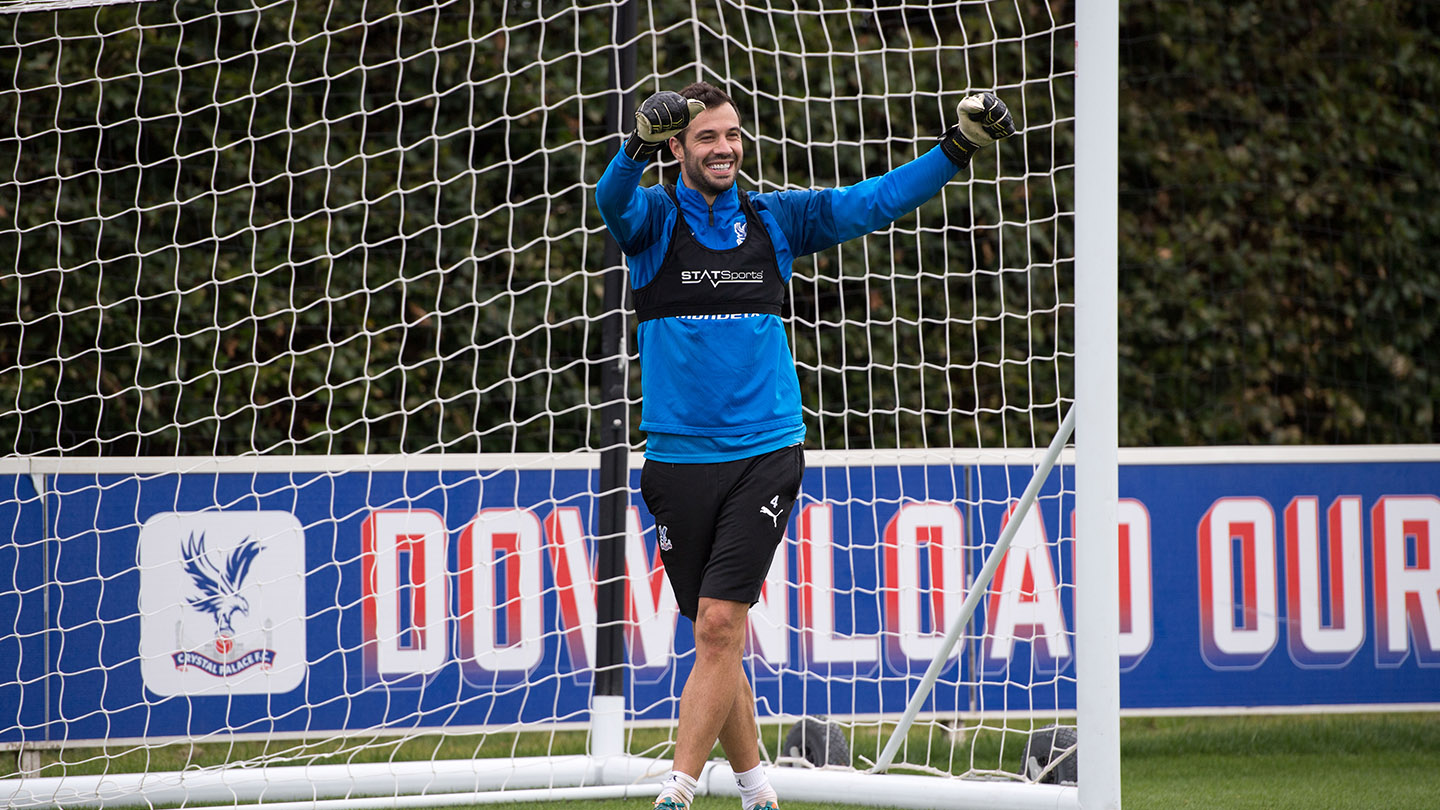 Even now, Luka’s father – and his constructive comments after each match - ensures his feet remain firmly on the ground. As much as he doesn’t like talking about himself, he is naturally self-critical, committed to “upgrading” as a player and person each day.

We reflect on his three-year Palace journey to date. “You could make a book,” he jokes.

Milivojević arrived on a busy January deadline day in 2017. His new team were in the relegation zone, two points adrift of safety, with 15 to play. It was a period of transformation for the Eagles, with Mamadou Sakho, Jeffrey Schlupp and Patrick van Aanholt the other players joining in that window.

In relative terms, it was a huge outlay – but each of the players remain as much valued members of the squad. As windows go, it was an overwhelming success. Sam Allardyce would ultimately guide the team to a respectable 14th position, from being all but written off at Christmas.

For Luka himself, success came sooner than expected. “You know, three years ago when I came everything was new for me. I knew I was coming to the best league in the world. I tried straight away to put myself in the team, to try to help the team. Honestly I didn’t expect that my career at Palace, in the Premier League, would go that quickly – in a positive way. Of course, I believe in myself and my qualities, but when you join a team in the Premier League, it means there is a lot of good players, the squad is a top squad, you expect to build up easy, to try to get your place, to fight for your place. For me, a lot of nice things happened in these three years – of course there are a lot of up and downs, but in my case – more ups, less downs. 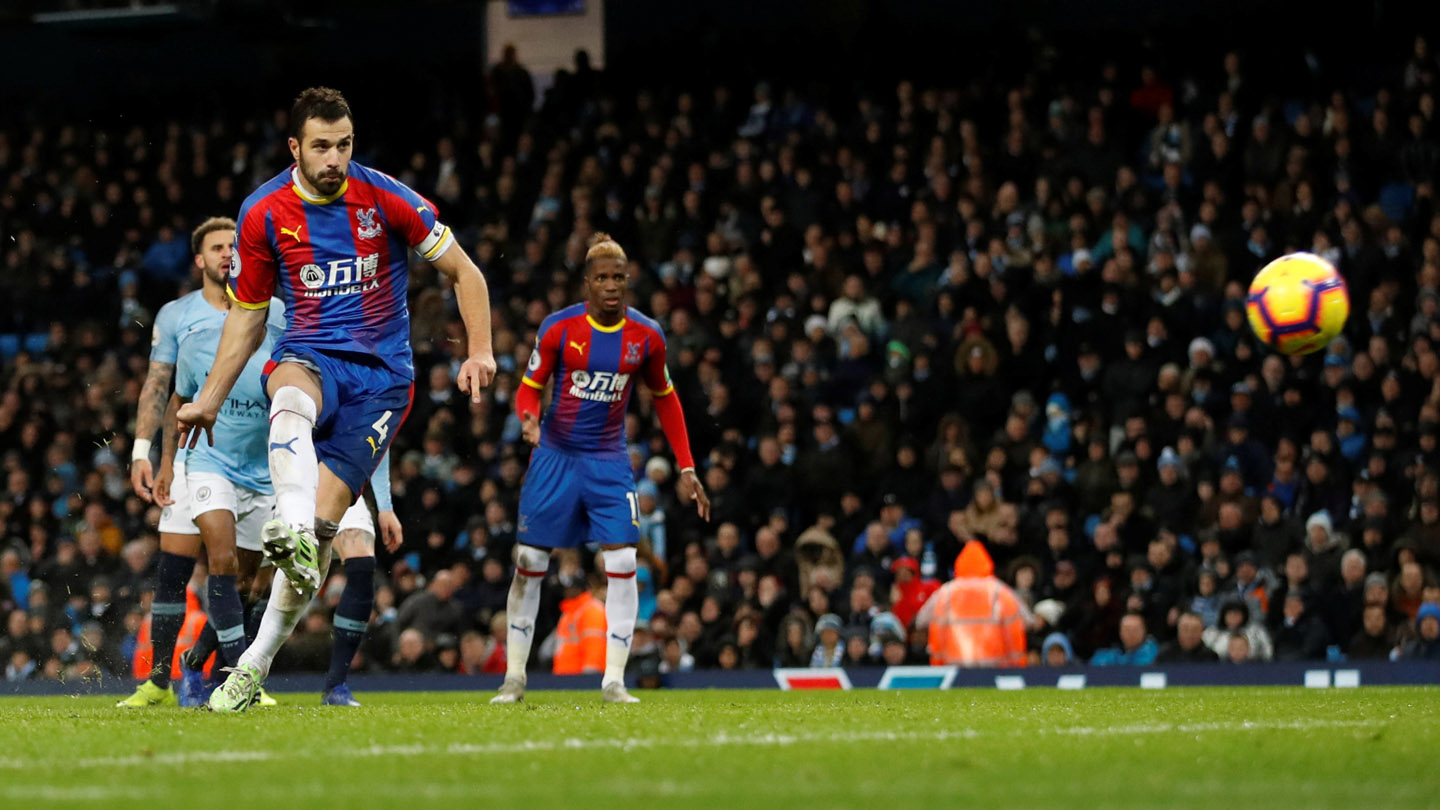 “In this moment, we can say we’re a top 10 team. As a calendar year in 2019 – our performance and results, we’d be 7th. I think it’s an amazing achievement – in front of big teams like Spurs, Arsenal, Everton. It was a very successful year; it will be hard to repeat. We are better and better and better.

“Since I’ve arrived – we’ve beaten them all. All of the top six. In my opinion, it’s again very simple. We have top coaching staff. And we have a quality squad. A very important part is experience – we are very experienced squad, with a very good attitude from the players. That’s the key in my opinion. We are always there, trying to improve. We have stability which gives us confidence for the future.

“We must be very proud - we made some historical wins away from home – Chelsea, Man United, Man City, Liverpool. Some teams do it once in 30 years, we’ve done it in two-to-three years. It shows how quality we are, there is no secret.

“A big influence has been the manager, and the Chairman. He keeps stability in the club. We don’t have a lot of sales or additions, we are stable. We buy when we need to buy, players who can bring us quality. We sell when we really need to sell. It gives us stability and that is why we are very successful.” 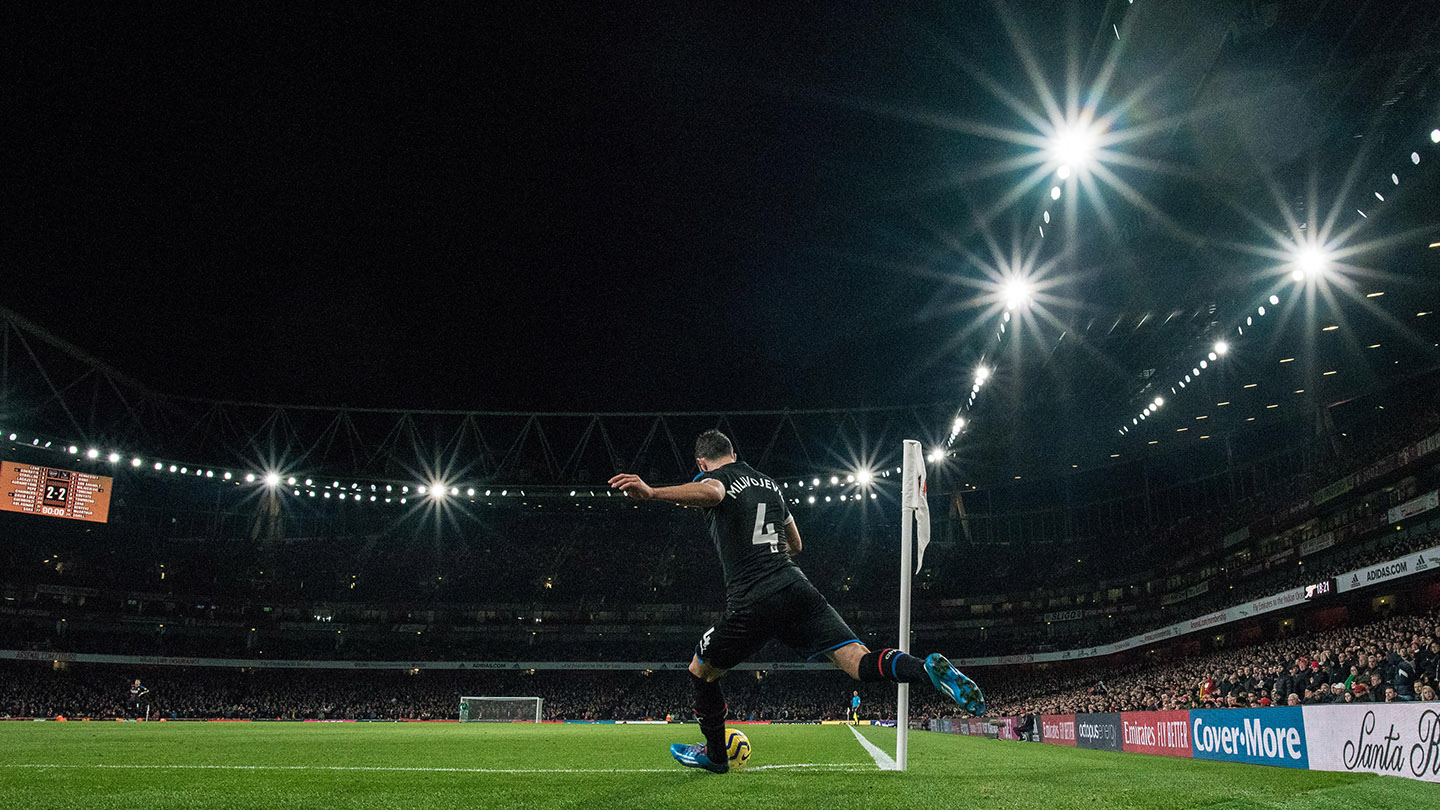 For Hodgson to make Luka captain at age 26, with less than a year at the club speaks volumes. For a team who has to fight for every point, his effort level is infectious. As the manager says, it is “ideal”.

“I try for myself, always, to give my best. Every time when I’m on the pitch, to do my best – to give 100% for the club. In the end, for me the most important thing – when I finish the game, can I see myself – have I left everything on the pitch? If I did, I’m happy.

“Sometimes, the quality depends on the moment, depends on the form. Sometimes you’re good, sometimes you’re passing or tackling is good or not good. Sometimes it’s very good - you score, or assist.  But the attitude must be there. Performance, mentality, personality must be on the pitch – you have to bring it on the pitch must bring it on the squad.

We talk about the red card for Luka’s uncharacteristic reaction to the provocation of Derby County’s Tom Huddlestone, which led to a three-game suspension in the recent FA Cup defeat. It is the third red of his professional career to date. The Serbian shifts in his seat.

“You know, it’s my first red card in my career for this kind of situation. I will not try to get some excuses about what I did – but to be honest, I lost my head. I lost my head. A lot of games, a lot of pressure – I was tired as well: mentally and physically. In one situation I got provoked, when I tried to stand up the guy pushed me twice.

“What can I say? Ok, it’s a cliché – but you must learn from your mistakes. Much better to learn on other people’s mistakes than yours, but it happened – I must change it, because it never happened to me to be honest.”

We put it to him that he is usually the first to try to diffuse confrontational issues on the field – regularly leaping to separate players from trouble, or often to protect and placate Wilfried Zaha after repeated, cynical targeting. “It’s true. We all know that most of the teams will go to kick your best player – I try to protect [him] – it’s part of my job as captain. I’m always there to help others. But this time, it was a different situation. I didn’t solve it in the way I should. You have to learn on your mistakes, try to never repeat again – you don’t leave your team a man down. 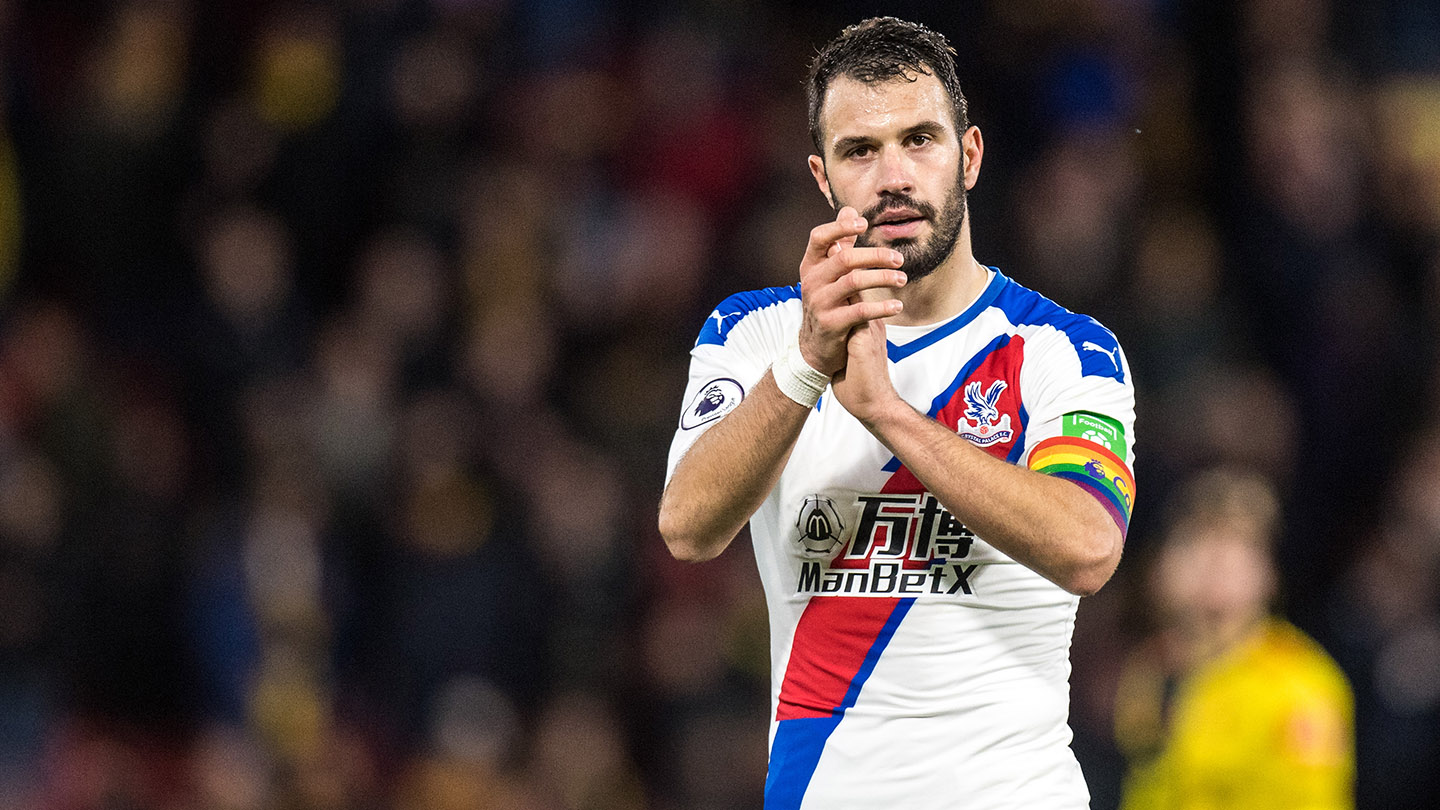 “I lose a lot from this red card as a person, I know that. But the other players can learn from my mistake too. I let the players down, which is something you cannot do. But it happened, but I cannot now judge myself. But I will try to never repeat again and to be honest, to keep my focus.”

The attitude must be there. It is, in abundance. As Roy Hodgson suggests, Luka Milivojevic as a person, and a player should be cherished.

There was plenty more Palace content in the matchday programme for the Sheffield United game. You can still buy a digital copy of the programme for just £1.99 below.