Every edition, the official Palace programme speaks with prominent south Londoners on their experiences of life in the capital or as Palace fans. Before the Brighton & Hove Albion clash, musician Butch Dante revealed his fandom. Read what he had to say in full below.

"How are we doing for time? We don’t want to take up too much of it," cpfc.co.uk asks Lewisham-born guitarist and Palace fan, Butch Dante. "I’m a punk rock musician," he replies, "I’ve got nothing but time." Here we go then.

Listening to The Imbeciles’ debut album is an assault on the senses. Fifteen songs in 27 minutes doesn’t leave much time to reflect on the experience whilst in the thick of it. It’s loud, it’s bold, it’s… quite hard to describe. Over to Butch.

"If you grew up on the Ferrier Estate in south-east London, you know to keep things short. Two minutes could be a good song, could be a bad song but at least it’s over relatively quickly. Get in, get out - before people start throwing sharp objects at you.

"I don’t see the point – unless you are Pink Floyd when you can sustain interest for seven minutes. Why would you do a song that long? I get quite bored after a couple of minutes anyway.

"The EP, which is out now, and the album [out next summer] is full of bangers, channelling the new wave of the 1980s post-punk era, like Skids, the Ruts, the Members, but also stuff from the '80s and '90s like Echo & the Bunnymen and The Cult.

"It’s much more listenable and singable than our album last year – which was just madness – as we banged it out in a week on the Texas-Mexico border. There’s not a lot of music I don’t like, other than modern folk. It’s more of a war crime than a musical taste - so if you like modern folk, we’re probably not for you." 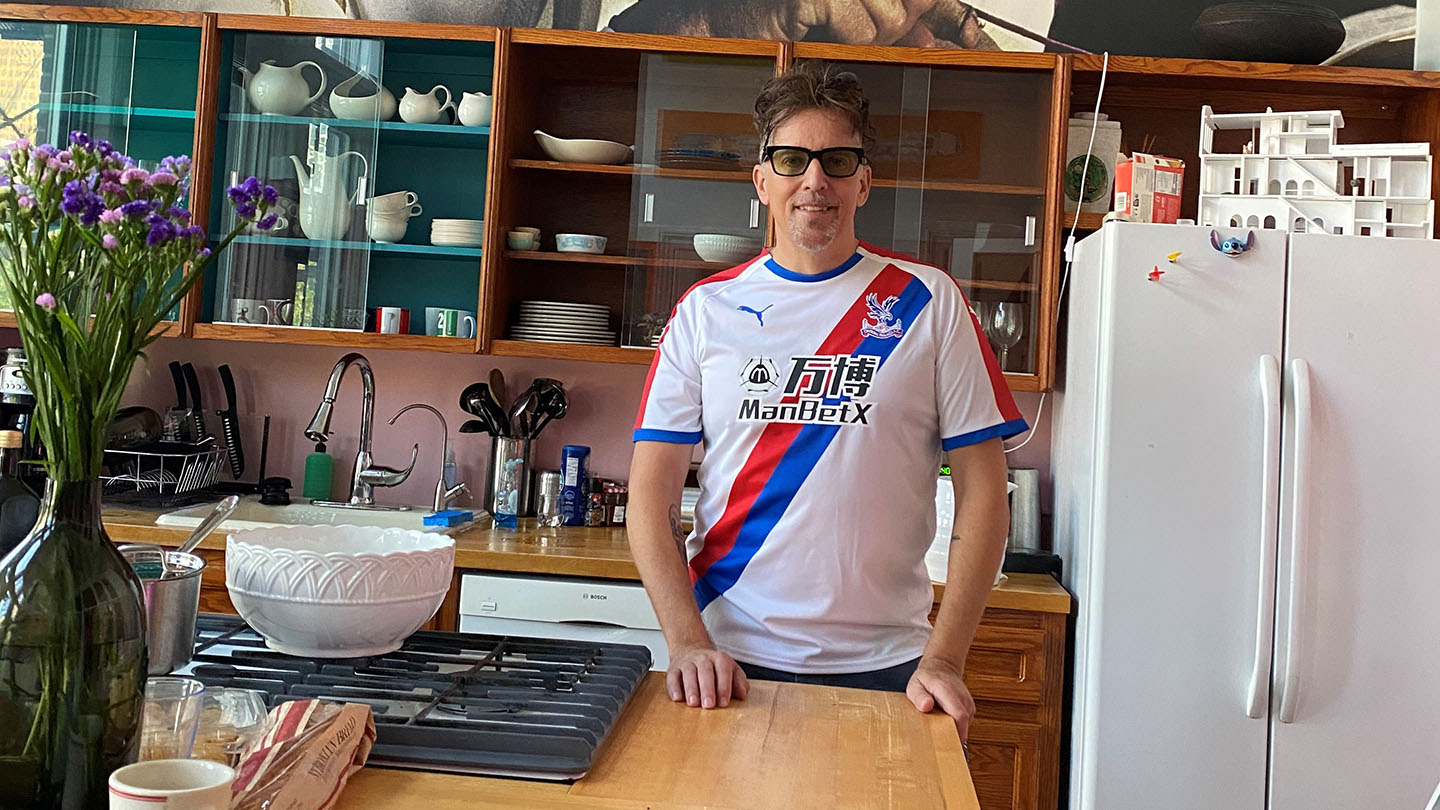 New release Sunday Leaguer been played on BBC Radio 1 and 6 Music, amongst others, and is The Imbeciles' breakthrough track. Dante's beloved Crystal Palace F.C. are front and centre.

Butch explains: "The new song is all about Palace really. It has the Holmesdale lads chanting at the beginning and the end, and the video pays homage to Kayla the Eagle. I don’t usually sing the songs – we have a proper singer; I’m more shouty – but because it was inspired by both Palace, who I love, and Sunday league football which I used to play a lot of, I thought I better handle that one myself.

"It’s trojan horsed its way into other teams’ playlists which is quite ironic; we have a pop at [Manchester] United in the video, which is amazing timing."

Butch’s love of Palace came relatively later in life than most, as music dominated his youth and work took him stateside for the last 25 years. But now, it’s a firm fixture in his life and it’s not uncommon to fly back specially for games.

"I’ve watched a lot of football, and I feel as though Selhurst Park is different to every other ground," he says. "People actually talk to each other, and Palace is different to any other club. It feels as though you are part of something much more emotional – it’s a way of life; it’s such an adventure."

Dante speaks of his admiration of Christian Benteke, Wilfried Zaha and Mamadou Sakho, but reserves his ultimate praise for manager Roy Hodgson: "How has he not received a knighthood?" he asks.

These are exciting times for the band, having been approached by critically acclaimed music producer Youth, who offered his services on the upcoming album. "I thought it was a wind up. But it was true. He’s worked with Paul McCartney, Pink Floyd, Guns N’ Roses, and he’s going to write some songs for us, too. I said: 'Yeah – I suppose we can fit him in…'"

Being a punk band in the 21st century offers a fairly precarious existence, though, as Butch explains: "It’s very easy to get banned by the BBC or national radio; I just got given a list of things we’re not allowed to talk about or say. So that’s not very punk, is it? The freedoms that musicians enjoyed in the past are sadly not there for us. You have to find clever ways of working it into the songs without the producers noticing it, which is quite a fun game really.

"Our band is actually all about kindness and being nice to each other, it’s not like we’re being unpleasant – it’s the opposite."

Dante dreams of playing to a packed out Selhurst Park, but for the time being will gladly settle for Sunday Leaguer blasting out over the tannoy, where the track most definitely belongs.

READ NEXT: Doc Brown on his four-year quest for a Clinton Morrison shirt