Scott Banks reveals the two Palace players he is most like

Scott Banks’ name has cropped up a lot around the club – that’s to be expected with a new signing. However, every mention of the 18-year-old is followed by a remark on what a friendly and happy guy the new recruit is.

Banks was no different during our interview in the Training Ground canteen for last season's Sheffield United matchday. He was accommodating, too, returning for our chat after dropping off a teammate at the train station. Good gesture following good gesture. 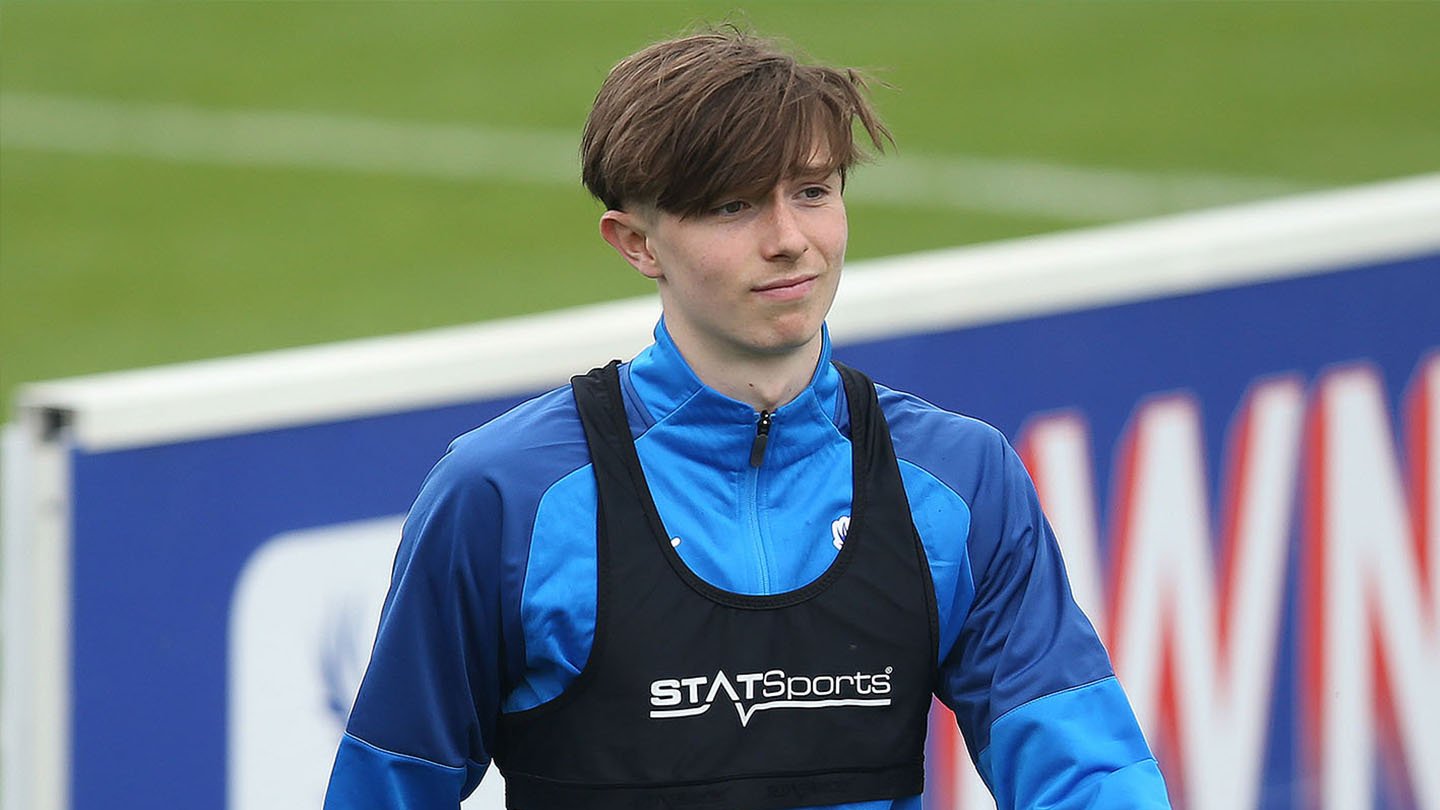 “It’s strange for me to say but I’m not missing home as much as I thought,” Banks begins, and it’s important to note the smile on his face doesn’t wane for one second throughout our discussion. “The club helped arrange accommodation so I’m in a flat in Bromley, just 15 minutes from the Training Ground and I’m enjoying staying by myself.”

The excitement of moving to a Premier League club will no doubt override any other emotion but, having met his parents on the day Banks signed, we’d guess that they’re missing their boy. What parents wouldn’t?

Discussing his mum and dad, Banks says: “They were just delighted for me. My mum is obviously missing me but they all understand what a huge opportunity it is for me.”

Banks’ attitude when discussing the craziest week of his life so far is not too dissimilar from a kid experiencing Disneyland for the first time. Excitement levels constantly rising, he reveals what his first few days as a Palace player were like: “The majority of my time so far has been testing. It’s like a ‘body MOT’ where the doctors and sport scientists check out your fitness, mobility, reactions and tailor a programme for you based around that.

“I’ve even just enjoyed that. It’s been tough but being in these facilities, at a Premier League club, is just strides ahead of what I’ve been used to.”

Banks reels off a list of differences between Crystal Palace and Dundee United, with the big one being the focus each player receives as an individual. He reveals: “The amount of coaches is a big difference. If I’m in the gym there’s three coaches just working me. And then I’m walking around and seeing esteemed players like Gary Cahill and Wilfried Zaha and I’m just trying to be normal around these guys; guys that I’ve been watching as I grow up.

“Being an 18-year-old kid from Scotland, you never think you’ll be sitting in the canteen with Patrick van Aanholt. It’s surreal!”

Just to confirm, the smile is still there, accompanied by the odd laugh – something that appears to be involuntary as Banks tries to process his dreams falling in to place at just 18.

Crystal Palace Football Club is an easy place to fit in to, though. The family-community ethos that runs through the club makes everyone feel instantly welcome. Banks reaffirms this: “Everyone has been amazing. James McArthur has taken me under his wing a bit, being a fellow Scottish boy. James McCarthy has been great, too.”

Now to matters on the pitch. What can the onlooking Eagles from the Selhurst Park terraces expect from our attacking-midfielder?

“I’m a wide player, so I admire players like Zaha and even Max Meyer is close to what I’m like. Meyer may not have the pace of Zaha – who does? - but his close control and passing ability is great. Ultimately, I always think you’ve got to take a bit from everyone’s game; you can learn from everyone no matter what the position.”