Tosun talks about 'Palace's family', 2002 World Cup and much more

Cenk Tosun was the main interview and cover star for Tuesday night's programme against Southampton. We've now made the full interview available below so Eagles can get to know our January recruit a little bit better.

Cenk Tosun is finally an Eagle, more than two years on from when the club first tried to bring the striker to SE25. Here, with Dan Blazer, Tosun looks back at his time under former Palace boss Sam Allardyce whilst at Everton, relives the 2002 World Cup and more.

Cenk Tosun’s loan until the end of the season isn’t a big timeframe in a player’s career, but it’s an important one for him and his new club. There’s a European Championships on the horizon and Tosun is a player who played the equivalent minutes of less than 26 Premier League games in two years at Everton.

Knowing there is a finite window to make this time count, Palace have targeted a driven, professional and focussed footballer – perhaps with something to prove. Reflecting upon the first few days in SE25, there is a feeling that Tosun already understands the club. 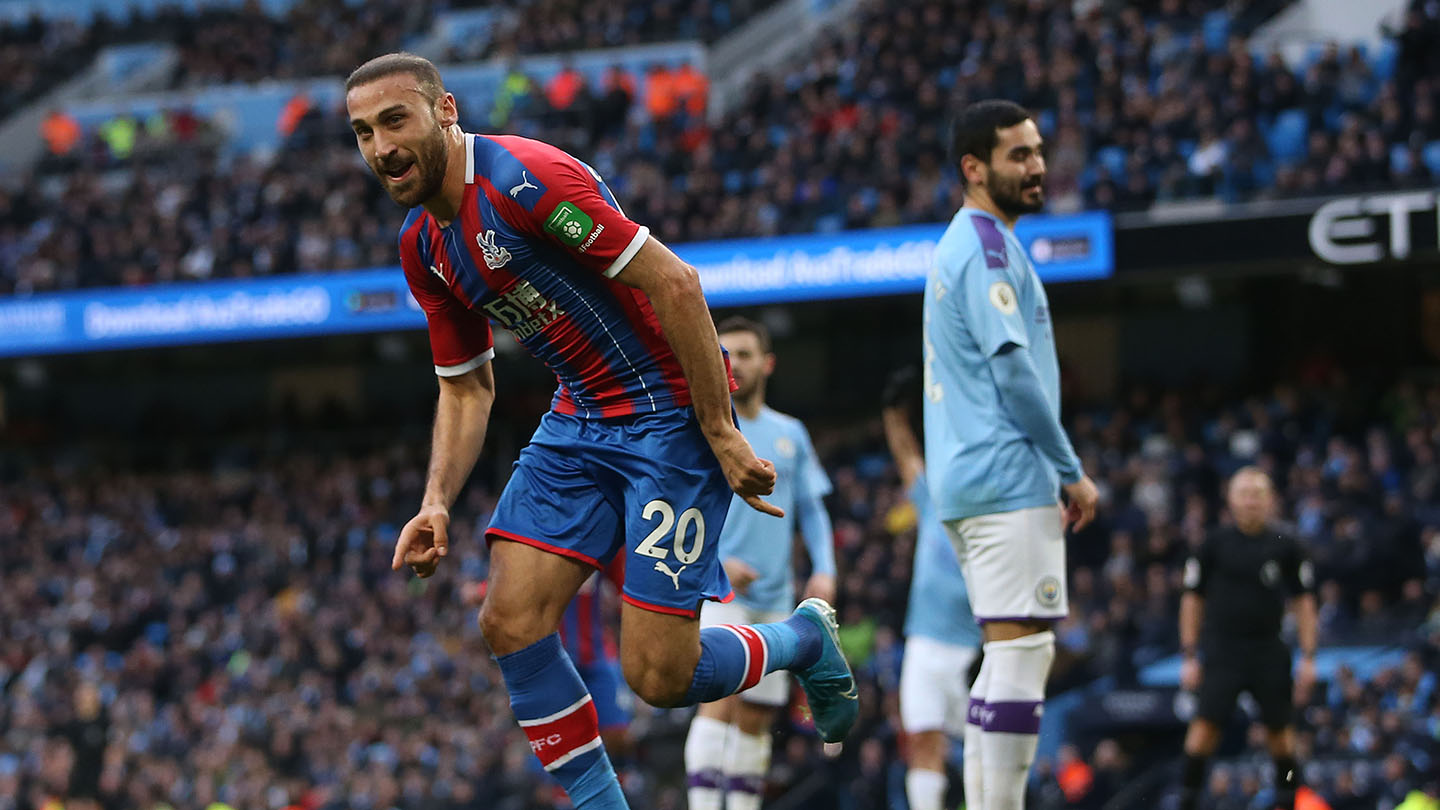 “Family first,” he opens up with when asked what he’s learnt about Crystal Palace already. He goes on: “Like at Everton, it is extremely professional and well-organised. But Crystal Palace is more intimate, it is more like a big family where everyone knows everyone. I’m so happy that I have joined this family.”

The early signs from a footballing point of view are promising, with an impressive 22-minute cameo against Arsenal – just 24 hours after signing on the dotted line - and then a goal away at Manchester City in his first start for the club.

🏆 You voted Cenk Tosun as Saturday's @eToro Man of the Match! #CPFC pic.twitter.com/PySFV5Phpj

But what about the change in lifestyle away from the Training Ground and Selhurst Park? After all, the hustle and bustle of a capital city isn’t for everyone, but thankfully it is something he and his family are accustomed to.

“I’m used to it because of living in Istanbul,” he laughs with the appreciation of knowing what life in a capital city entails. “When we had days off at Everton my wife and I would come down to London to explore.”

The family-first theme continues with Tosun revealing his wife and two children – a 16-month and a two-month old – are house-hunting in the area: “I have two little children and I couldn’t do without them.” Tosun thoughtfully pauses ever so slightly, but it’s enough to know how hard it would be if his family had stayed in Merseyside during his loan stint at Palace. 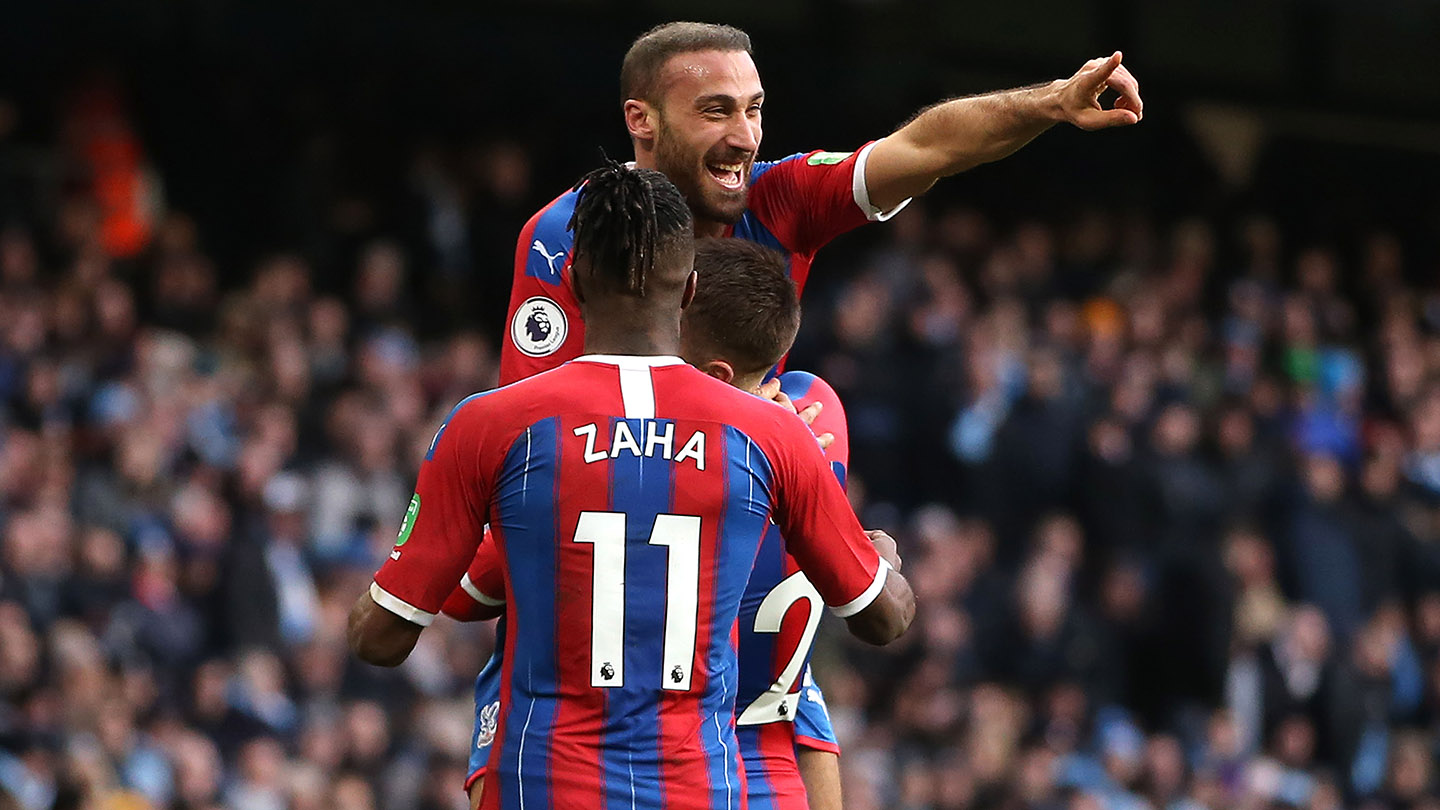 House-hunting, relocating his family and comments in this interview, Tosun is doing all he can to make this loan spell a success for him and the club. It’s why the squad have clearly taken to their new recruit, highlighted when our chat is interrupted by club captain Luka Milivojević.

After a brief exchange between the two, it’s clear Milivojević is letting Tosun know a couple of recent queries and requests have been addressed. Evidently, despite being suspended for Arsenal, Manchester City and Southampton, there’s still plenty of duties for Milivojević to carry out.

Settling in quickly is imperative for any new recruit, and Tosun is hoping to make up for lost time, as Sam Allardyce so nearly brought him to Palace three years ago. The pair did eventually unite at Everton, and Allardyce is a manager Tosun thoroughly enjoyed working for: “Big Sam is a top man,” he says. “I really liked him. I loved to work for him. He is a very honest guy who always told you to your face and not behind your back and I like that; I respond to that. If I played poorly I don’t need an arm round the shoulder, I just want the truth.

“Sam wanted me when he was Palace manager but it didn’t happen due to a couple of small issues so I’m glad I managed to work with him at Everton; he is a great person.”

If Allardyce is so fondly remembered by Tosun then Şenol Güneş – the manager Tosun names as his most influential – must be extremely impressive.

“Şenol Güneş was the manager I worked with at Beşiktaş,” he reminisces, “and is now the manager of the Turkish national team again. I know him well and we had some really good times in the Champions League and Süper Lig.

“He was like a father figure for us at Beşiktaş and it’s great to work closely with him still at international level.”

Güneş may not realise this but the greatest moments he gave Tosun were not the back-to-back Süper Lig titles with Beşiktaş. In fact, an 11-year-old Tosun wasn’t even involved; it happened during the summer of 2002.

Güneş was manager of the Turkish national team for the summer’s World Cup, a competition Turkey hadn’t kicked a ball in since 1954.

That summer 17-and-a-half years ago was everything to Tosun: a passionate Turk who could only dream of one day pulling on his national team’s shirt, with the badge proudly displayed across his chest. “It was amazing,” Tosun reflects. “The games were in Japan and South Korea, so sometimes they were kicking-off very early. I didn’t go to school just so I could watch the games.

“After big wins we’d be in the streets, jumping on cars with Turkish flags and driving around because we were so proud.” Tosun is now flailing his arms above his head, laughing. He can still see, feel and relive every moment of Turkey’s remarkable run to the being crowned the third-best team in the world after defeating South Korea, 3-2, in the third-place play-off.

Tosun continued: “After our first World Cup for almost 50 years, to then finish third, oh we were so proud as Turks. Even though I grew up in Germany, and perhaps I had the German discipline, but in my heart I was always Turkish. It was a great feeling.”

Unprompted, Tosun begins rolling off the names of the players involved with the child-like excitement of opening a new pack of Paninis before the tournament begins: “Rüştü Reçber, Alpay Özalan and Hasan Şaş these are all great players. We had a great team for that World Cup.”

Turkey haven’t been at a World Cup since and have qualified for just three of the five Euros since the summer of 2002. That’s a surprise to us and Tosun: “We always seem to make it difficult for ourselves to actually qualify for the tournaments,” he explains. “But if we get there then we mostly get good results and do ourselves proud.”

Having qualified for Euro 2016 and this summer’s upcoming tournament, it appears Turkey are finally finding consistency on the international stage, with Tosun leading the line for the Crescent-Stars.

“I played at the Euros in 2016.” It’s an experience Tosun recalls fondly. “I could feel how great it was to play in this big tournament. You feel like everyone is watching, you feel like a real footballer and it is just a different tournament [from club football].”

If Euro 2016 whetted the appetite for Tosun then this summer’s competition is one that he is expecting to result in much more than a group stage exit.

“We have an exciting young squad now with a couple of experienced players,” Tosun explains. “I believe in this team and I hope we will go far in the upcoming Euros because it is not nice to play in one tournament and then miss like two or three. It has to be a regular thing for Turkey now.

“Cengiz Ünder is playing in Rome and Merih Demiral is playing in Turin and I hope he recovers quickly from his injury because he is a good player. Then we have Çağlar Söyüncü over in the Premier League with Leicester City performing well.”

For Turkey, Tosun wears the No.9 with pride. At Palace, the forward has been handed the No.20. However, Tosun has history with – and one eye on - the No.23. 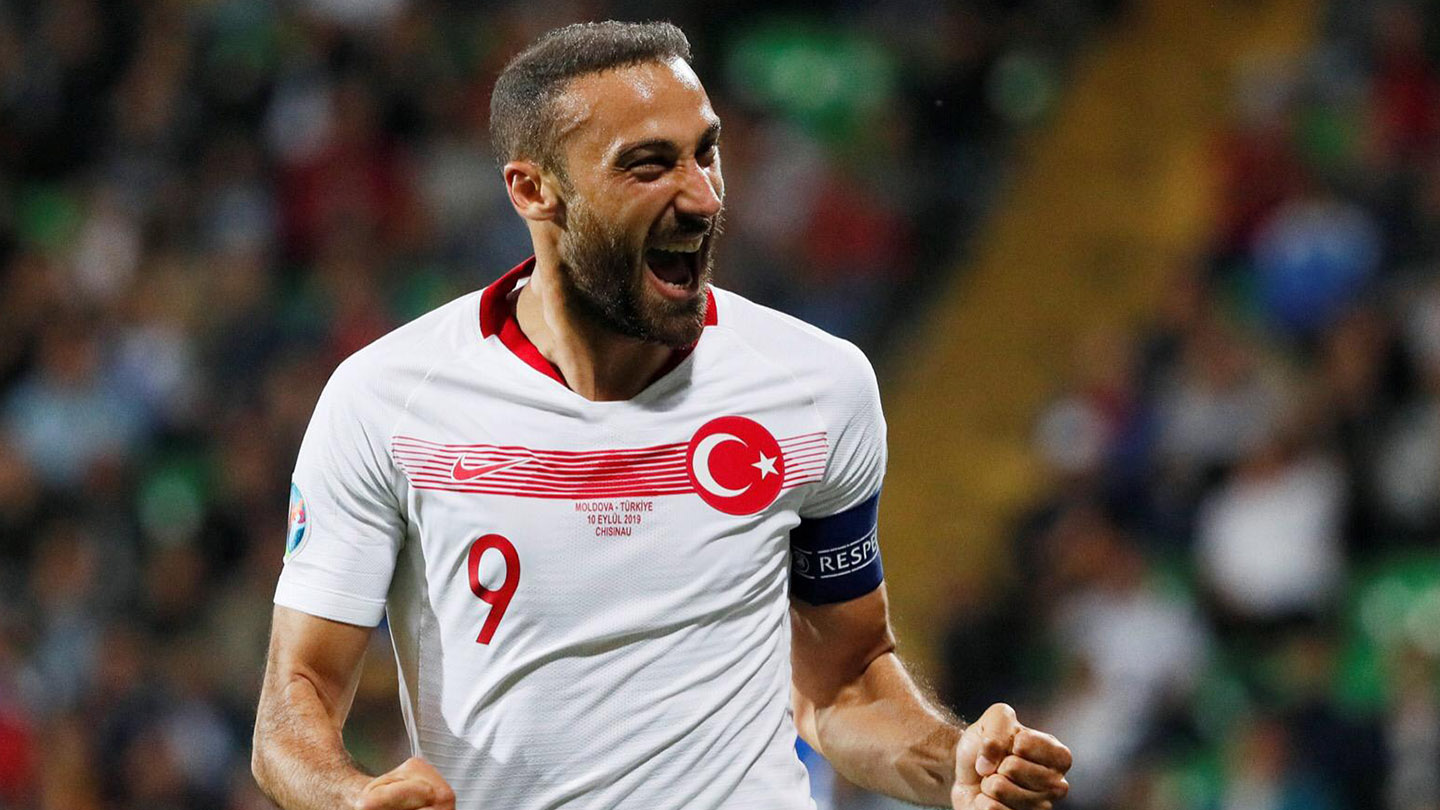 But why 23? Space Jam has a part to play, with 23 being the number of basketball icon, Michael Jordan. Tosun explains: “I just think he was the greatest sportsman of all-time. I loved watching his videos – yes, even Space Jam: what a film. He was a great person and player and his influence was big on me which is why I wanted the No.23 at Beşiktaş.

“When I came to Everton Seamus Coleman had that number, and he had been there for almost 10 years so I certainly couldn’t take it. Then here, when I came to Palace, it was Victor Camarasa’s number, who has left now, so who knows, maybe I’ll get my Michael Jordan shirt number here one day. Then again, maybe No.20 will bring me luck as well!”

If Tosun’s spell is a success, then it won’t be down to luck as it’s clear what a driven and motivated footballer the 28-year-old is. It’s hard to not wish for an impact akin to Michy Batshuayi’s, who arrived in similar circumstances this time last year. And if Tosun starts firing, the club-wide ambition of securing a top-half finish could be within its grasp.

You can still buy a digital version of the Southampton matchday programme below for just £1.99. 80 pages of Palace player interviews, stats, facts and lots more will land in your inbox in seconds - compatible on mobile, desktop, laptop and tablet.