Defender Reece Hannam joined the Crystal Palace Academy in summer 2020. Within months, he'd earned a contract extension and multiple call-ups to the first-team squad. Recently, he spoke with the Palace programme to introduce himself to fans.

Footballers are adept at finding the phrases necessary to ensure the professionalism and dedication they’ve had to master is clear.

Crystal Palace’s Reece Hannam has all of his peers’ qualities, but manages to convey them with consideration – skirting the vagueness of football phrasing while making his commitment to the sport abundantly clear.

The 20-year-old’s drive is evident through his past as much as it is his words, however, having started his pre-Academy career aged six, coached himself between clubs during lockdown and earned a contract extension months into his original deal.

It was this focus that saw Hannam join a Premier League bench on the one-year anniversary of being released by his club of 11 years, West Ham United. It takes more than platitudes to recover so strongly, after all.

“[Being released] was tough,” Hannam says today, having made five senior Palace squads. “I’d be lying if I said it wasn’t. When you’re somewhere for so many years, it becomes a home where your family is.

“I came to Palace for two or three days and that’s when we all went into lockdown, football got cancelled and it was so uncertain. I didn’t know if I was going to get a contract because clubs were financially affected differently. It was all a bit upside down.

“Crystal Palace completely took me under their wing and treated me like I was one of their own players at that time, which was really helpful.

“[But] from March till September I just had to take it upon myself and question how hard I wanted a contract. I had to look myself in the mirror and put in the work because there was no one in front of me, no coaches in the park with me to be able to say: ‘Come on, Reece, push yourself.’

“At West Ham I’d hardly played that season [19/20]. I was constantly going through little injuries, which was frustrating. As soon as Crystal Palace did give me a contract for a season, I was so happy someone had belief in me and had shown they trusted me. 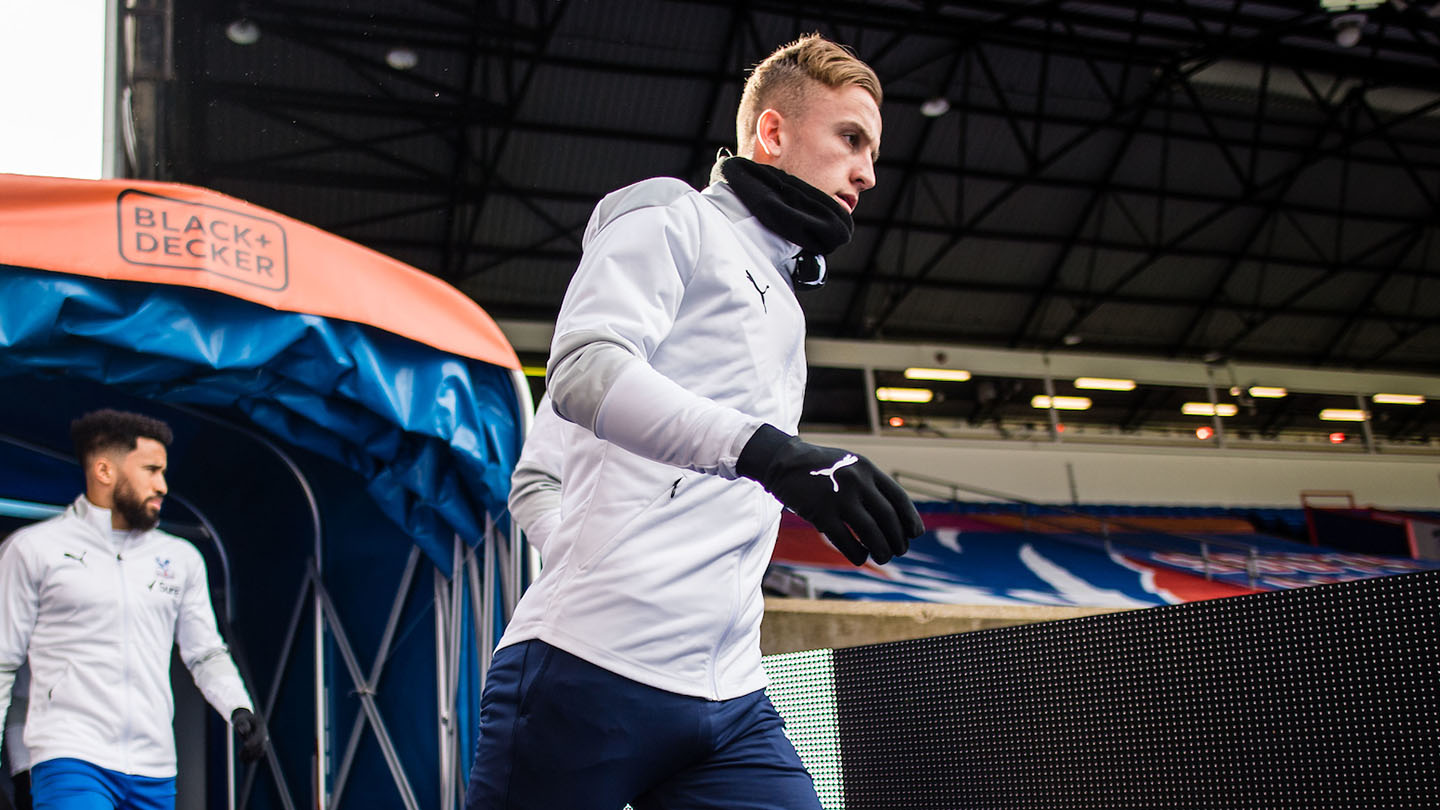 “Being completely honest, as much as I wanted to do it for myself, I wanted to prove Crystal Palace right for putting their trust in me. I wanted to come in and work hard every day. I knew I had a one-year contract and I just wanted to extend that further.”

Hannam’s short-term deal gave him one season to prove himself to his newly adopted club. Needless to say, it didn’t take long, and the left-back found himself training alongside the first-team early in 2021.

“Everyone knows what football at the top is like,” Hannam says, reflecting on his first trips across Copers Cope Road.

“It’s a ruthless environment and everyone’s on edge when you go over – but when I first went over, everyone was really welcoming… I cherished every moment of it because I knew how tough it is up there. You have to fight for your place every day.

“They’re really welcoming to the boys that do cross the road and train there, whether it’s a one-off or whether it’s for a series of weeks. All the players take you under their wing and try to share the knowledge that they’ve had in their successful careers. You just need to listen to them and take on board as much as you can.”

That knowledge would soon come into play. Pulling up to the training ground car park on Saturday, 27th February, Hannam got a call from Player Liaison Officer, Danny Young.

‘Listen,’ he was told, ‘we’ve got the pre-match analysis and I think you’re going to be in the squad tomorrow.’ Sure enough, the next day Hannam would be sat alongside Scott Dann, Michy Batshuayi and Tyrick Mitchell as the Eagles drew with Fulham at Selhurst Park.

“That game was on the same day I was released by West Ham last season, which made it even more special,” Hannam says. “Every minute you’re just preparing, making sure you’re ready to go on the pitch. You never know how many chances you’re going to get: it could just be one minute at the end of the game and you’ve got to be ready.”

A contract extension followed in the coming days and Hannam spent more time with the Palace first-team. A senior debut is yet to come, but if anyone understands the work it will take to get closer to one, Hannam does.

“When I did sign the one-year contract, I then worked really hard during the season, made sure I was playing at the top of my game and doing everything possible for the club to potentially give me a new contract. As soon as that came, it was a day to be proud of.”