Palace Under-23s secured their first victory as a Premier League 2 side this afternoon, overcoming 10-man Burnley thanks to a Brandon Pierrick goal.

Alfie Matthews goes close to opening the scoring for Palace on four minutes, with the forward’s driving run into the penalty box resulting in his effort powering against the side netting.

A header from Lewis Richardson on 13 minutes was Burnley’s first attempt at finding a way past the visitors, but Ollie Webber saved well.

Richardson's header early on was the Clarets' best chance of the half. pic.twitter.com/ezLxySFWVm

Shaun Derry’s side found themselves a man up on 20 minutes, when Mace Goodridge was shown a red card.

Despite the loss of the midfielder, the Clarets remained compact and managed to get in at half-time with the game still goalless.

37' It still remains goalless here, as we approach the break. 0-0#BURCRY | #UTC pic.twitter.com/A4h1IINpHo

Ten minutes were gone in the second-half when Derry’s side made their one-man advantage count, with Brandon Pierrick finding the back of the net for the first time this season. 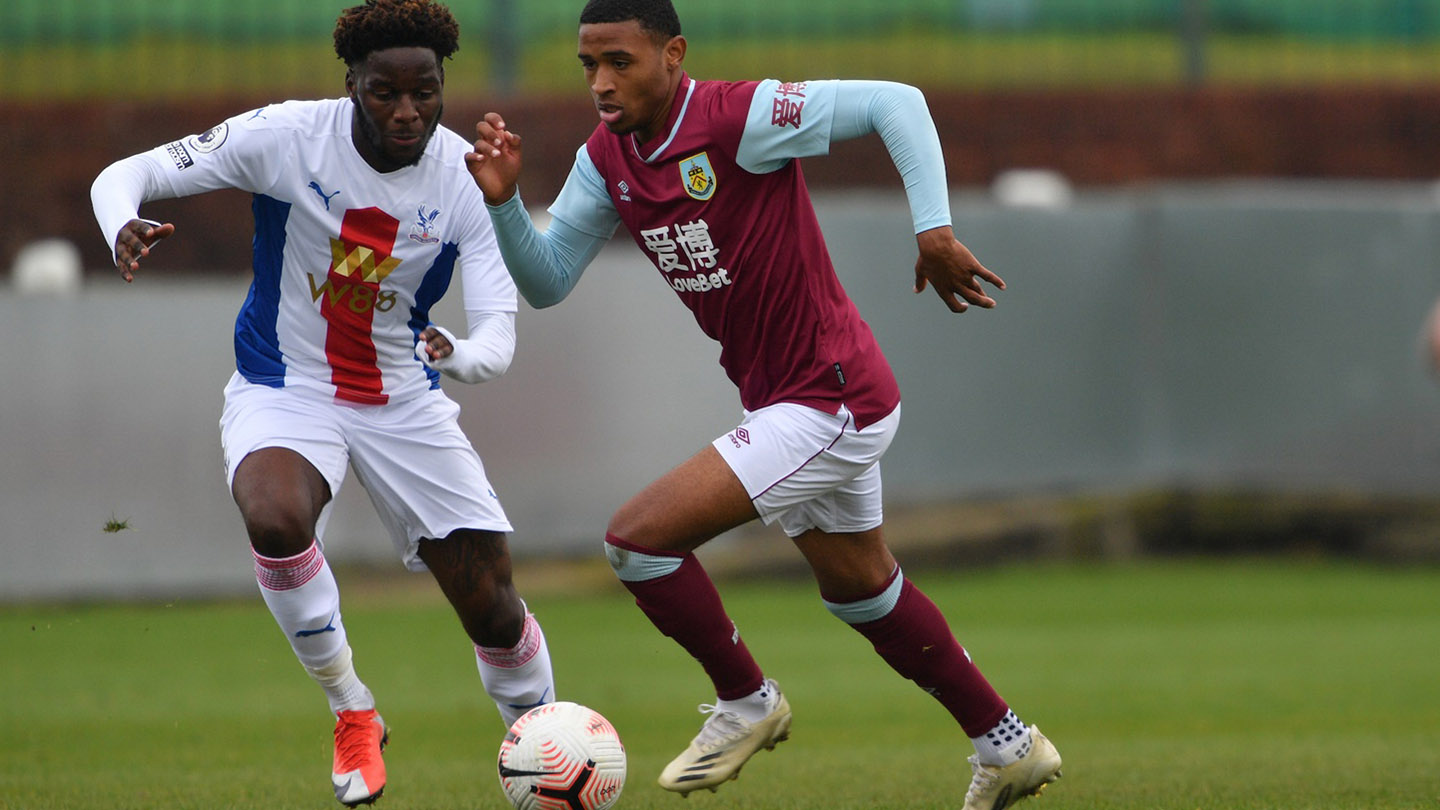 Burnley were still very much in the game, and Richardson again looking most likely for the Clarets. However, yet again, Webber thwarted the forward from close range.

Rob Street and Kian Flanagan replaced John-Kymani Gordon and Matthews on 66 minutes, with Palace injecting fresh legs into the final third, as they looked to find the second goal that would deflate the hosts.

Ultimately, the game-killing second did not arrive and was not needed, with Derry's Eagles showcasing excellent game management to see out the match and secure an excellent three points.

The victory over the Clarets means Palace leapfrog them to 10th, whilst Burnley fall to 12th.