Congratulations to Annabel Johnson on being named Utilita Crystal Palace Women’s Player of the Season for the 2019/20 campaign.

Manager Dean Davenport revealed just why the centre-back had been selected for the award: "[She is] someone who has fantastic footballing qualities along with footballing values. A fantastic leader – not just on the pitch but off of it – and always gives 100% in every game she plays."

Johnson, who has made an immediate impact in her first season with the Eagles, spoke of her pride at being recognised by the fans, teammates and coaching staff in Palace TV's End of Season show: "It is a great achievement; I’m immensely proud," she said.

"[I’m] surprised at the award, especially after the big break in the season - really happy and chuffed with the award."

With the COVID-19-enforced cancellation of the league, and the Eagles in the bottom half, it has been a difficult debut season for the defender: "The season has had its challenges," she admitted.

But there have been plenty of positives, too: "It’s my first year at Palace, so I’ve really enjoyed getting back into my football again; very positive environment, great group of girls and a great group of coaches who have welcomed me.

"I’ve settled in super quick. Results-wise on the pitch we are definitely looking to improve on them for next season. But we will set high standards to make jumps up the table." 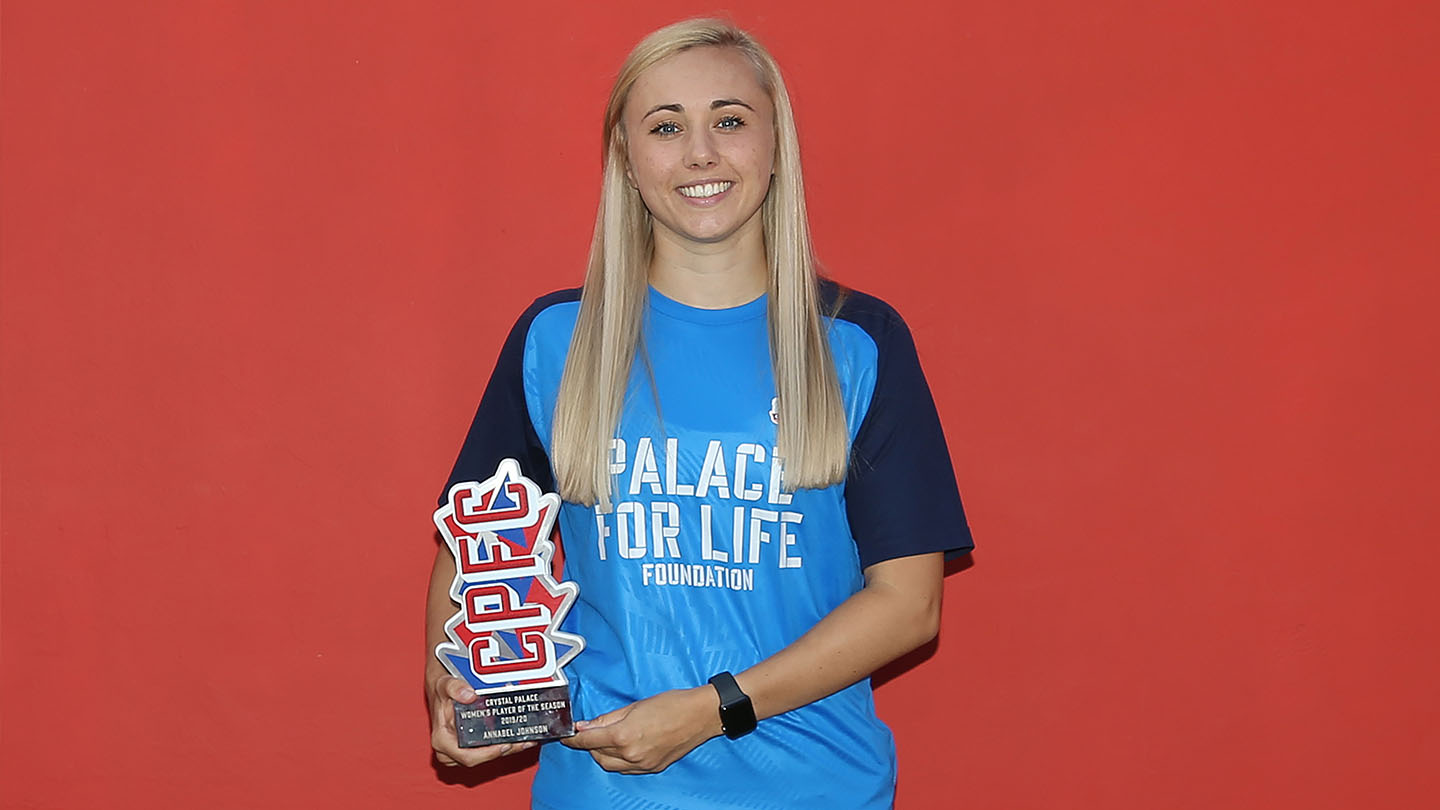 Based on Davenport’s description of his player, it is no surprise to hear that Johnson has been named club captain following the departure of Freya Holdaway, and the former England Under-19s international is looking forward to hopefully welcoming fans back into the stands next season:

"Every time you come down to Bromley it is well-noticed," Johnson said. "We love the individual songs you make; the girls talk about it after the game.

"So please come again next year; we really appreciate it when you’re there and definitely notice when you all turn up in your numbers."

READ NEXT: Jedinak honoured with Chairman's Award after retirement