In front of a packed crowd, Crystal Palace Ladies player Ashlee Hincks was named Utilita Ladies Player of the Season for the 2018/19 campaign by chairman Richard Spokes.

The Palace No.10 has been with the club for over a year now and is finishing her first season at Palace having netted over 25 goals from pre-season until now, helping to lead the Palace Ladies through their debut campaign in the Women's Championship.

Ladies manager Dean Davenport was full of praise for Hincks, saying: "There were two or three in my mind, but the one we’ve chosen has had an excellent season. She’s come into her own really, she’s scoring goals regularly. She helps players as well as doing her own job, she’s literally been fantastic for us. 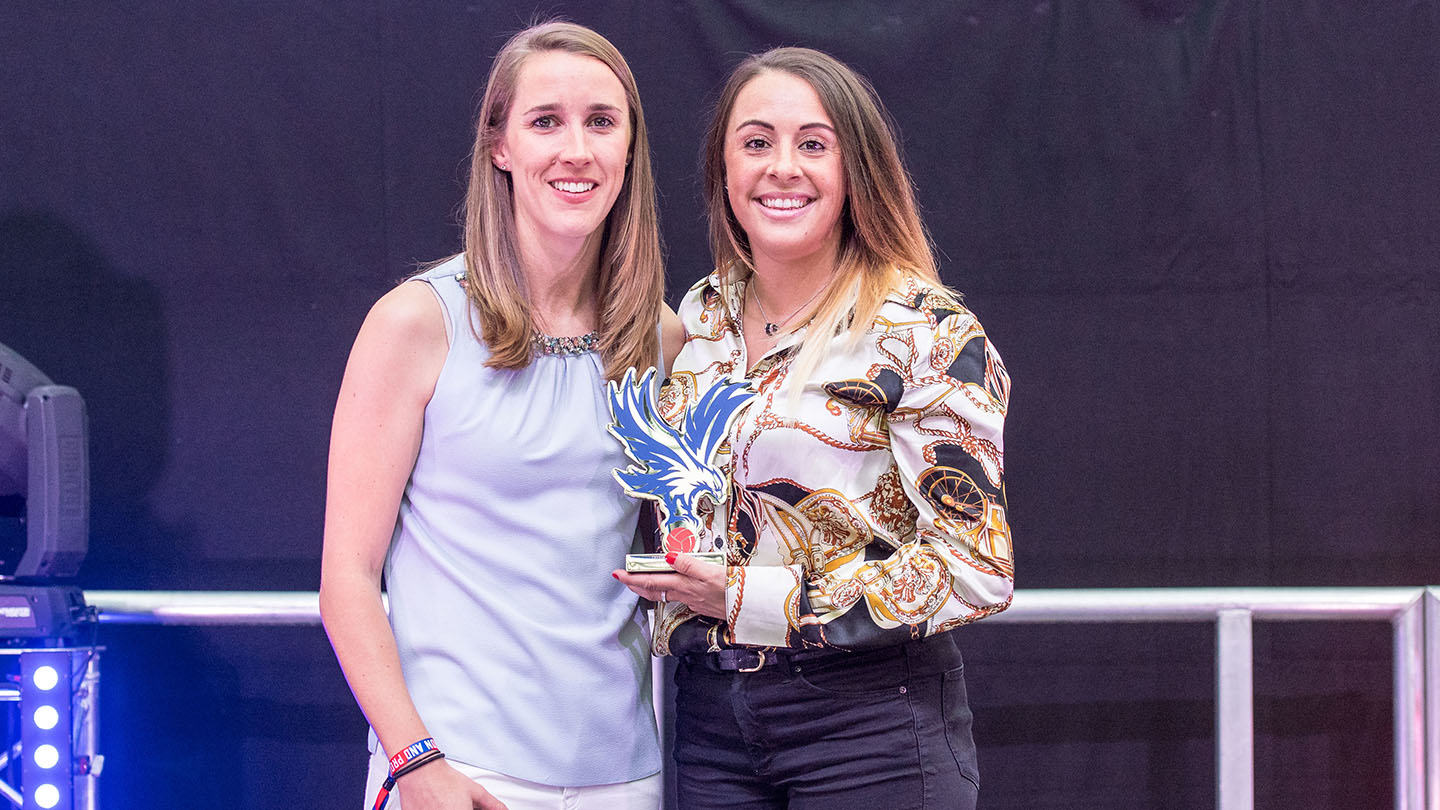 The former Millwall forward received her award at Palace's End of Season Awards event at Boxpark Croydon this evening and, having received her trophy from captain Freya Holdaway, said: "I'm over the moon. To have signed in the summer, this is a great club to be a part of. I felt very welcome from the moment I spoke to Dean."