Not only is Chloe Morgan Crystal Palace Women's experienced recent signing, she's also a lawyer, ambassador and vocal spokesperson on issues reaching both into and out of football.

We caught up with her shortly after joining the Eagles to run through her incredible career to date and, while talking, conversation turned to the summer's black lives matter movement and to how football has reacted.

"Change starts from the top," Morgan said, tackling what steps must be taken next to maintain the momentum generated in recent months. "Addressing the lack of diversity in the boardrooms is the best way to address a lack of diversity elsewhere because decisions get filtered down. We must hear voices from the wider community, who can appreciate other people’s opinions and views and how major decisions might affect them.

"Individual clubs, generally speaking, are being quite proactive, which is fantastic. But still a lot of BAME kids growing up are not able to see themselves reflected in coaches and physios and coaching staff. That needs to be addressed.

"I think it’s great that so much attention is now being drawn to the issue. Now, steps need to be taken to continue driving change." 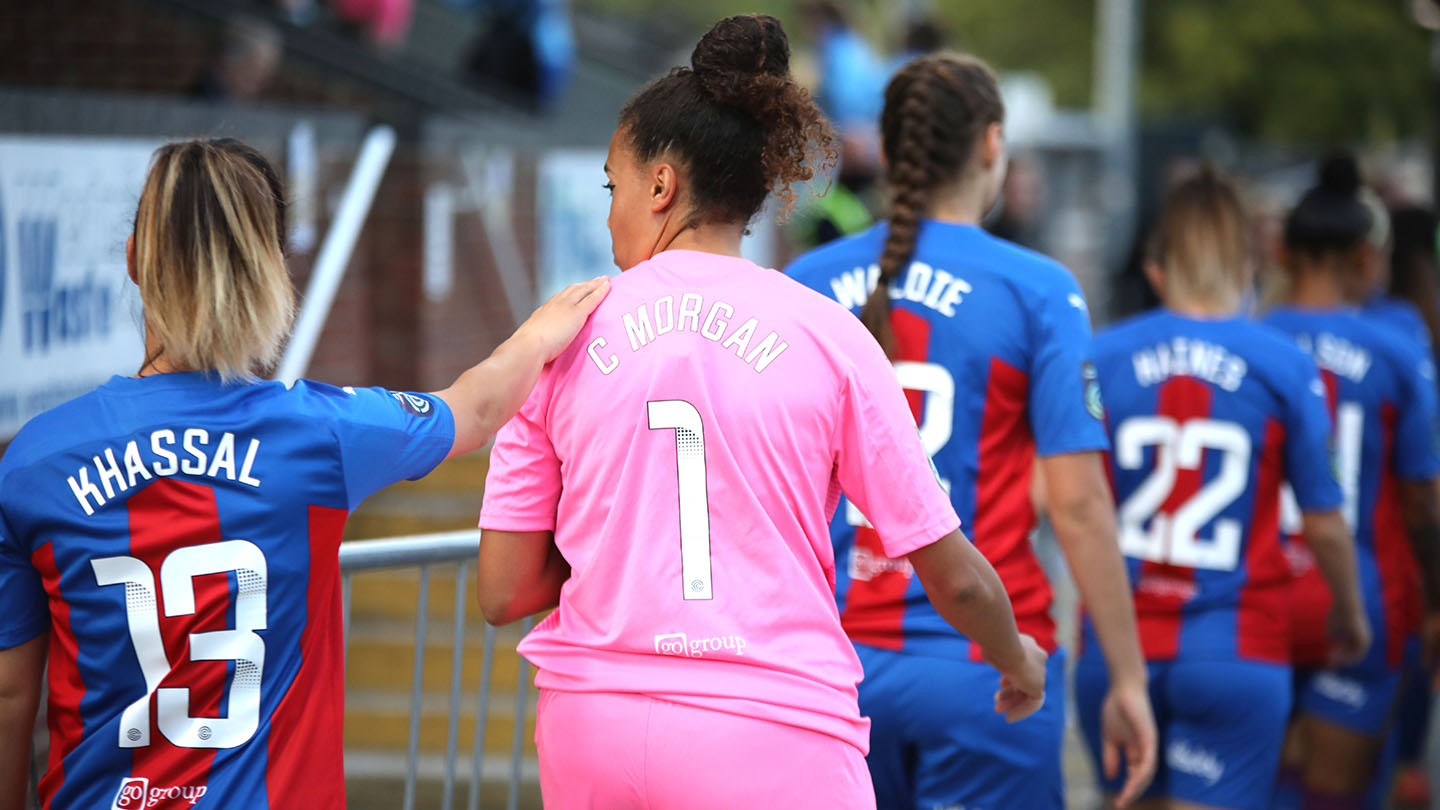 Black History Month starts today (Thursday 1st October), an educational celebration which began in the UK in 1987. Morgan identifies the observance, and clubs' participation in it, as a notable step forward in progressing racial equality.

But, she says, more can still be done:

"Clubs are being quite proactive. There’s Black History Month and also Pride Month that a lot of clubs get involved in, which is fantastic. Specifically talking about women’s football, there are only 10-15% of players at elite level who are BAME, so I think there definitely needs to be more research and more study into why that is the case.

"It could be nothing to do with there being barriers. It could be cultural or another factor. But it’s unusual when you’ve got this many people going into the sport that it isn’t better reflected at elite level.

"Steps need to be taken to address that and maybe that comes from a lot of BAME kids growing up not being able to see themselves reflected in coaches and physios and the coaching staff. That definitely needs to be addressed but I think it’s great so much attention is now being drawn to the issue."

While with her previous club Tottenham Hotspur, Morgan was part of the squad which rallied around Renee Hector after she reported racial abuse by Sheffield United's Sophie Jones, who was banned for five games. Jones denied the accusation.

"It was absolutely horrendous what happened to Renee," the shot stopper said. "Then, quite naively, we all thought this incident would come to light, be made public and Sheffield and this player, everyone, would be quite against what happened.

"But actually what happened was that Renee suffered further racial abuse online. People on Twitter were saying horrible things and the racial abuse then continued and I was shocked that that was the case. Rather naively, I thought it would be a different landscape but it was difficult.

"It was definitely difficult for Renee and she was fantastic in being so strong and so great to bring the case to the FA. The FA decided in her favour, which was fantastic. It was just a case of, at that point, there was a lot going on with Spurs - not just the incident with Renee, but also pushing for promotion at that time.

"It was a further credit to Renee that she was able to maintain her performances while going through all that. The entire squad and all the staff at Spurs had her back on it. It was a tough time."

READ NEXT: Palace Women's Chloe Morgan appointed to Women in Football board