This feels weird. Like one of those moments you don’t think will ever come, because six years with one club in football feels like the equivalent to a marriage.

The game’s suspension due to the pandemic gave me a chance to reflect on everything: exactly where I wanted to go with football, especially after suffering three concussions in 18 months and I also had to consider that my work-life balance was unfortunately leaning towards work. 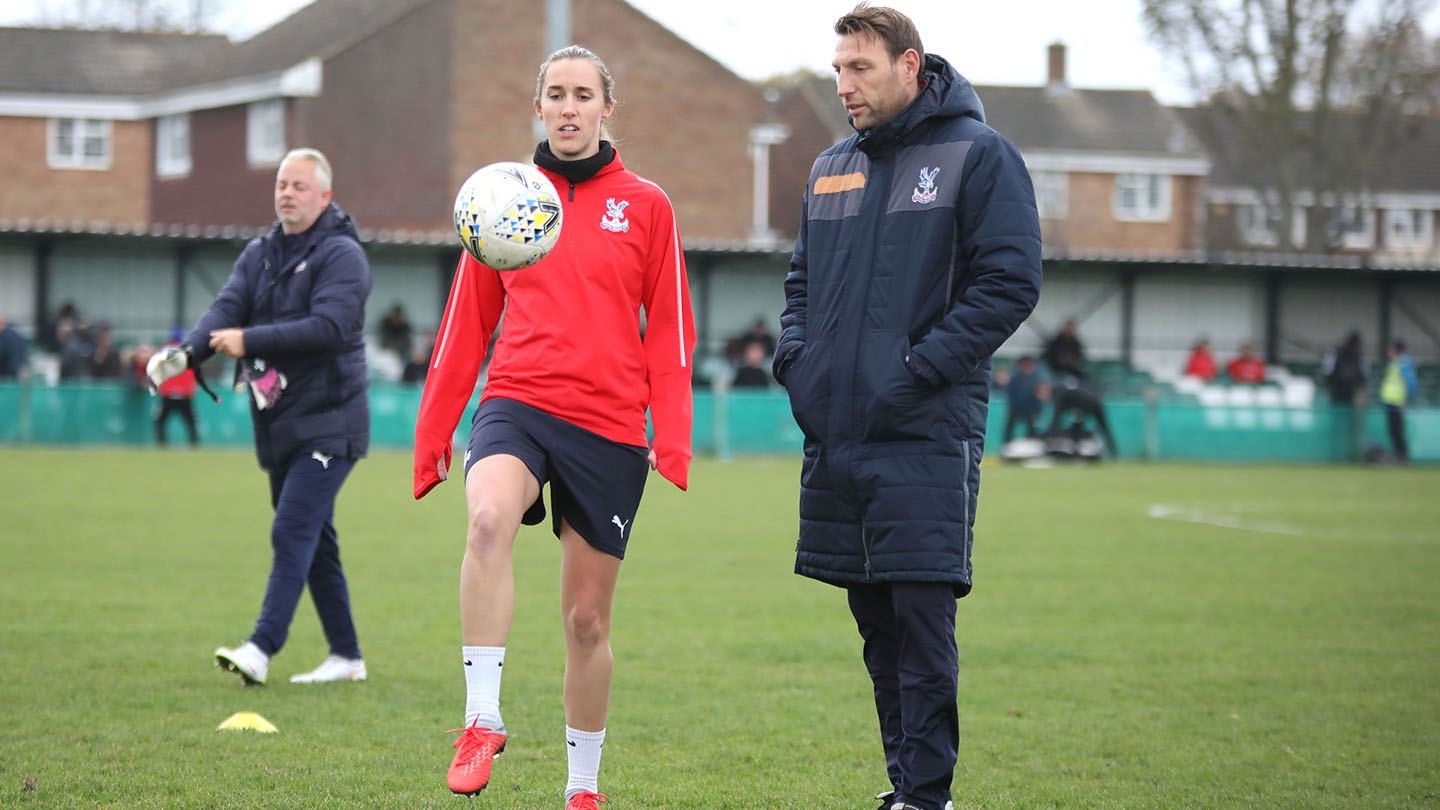 The best thing, for now, is for Palace and me to part ways. However, Dean Davenport and I have discussed the potential of me taking the pathway of player to coach. The fact the club still want me to be involved in such a way means a great deal to me.

Furthermore, to be the first former Palace Women’s player to take that route would be an incredibly proud moment for me – it also highlights another big step for the women’s game, as former players becoming coaches and working their way up the ladder regularly occurs within the men’s game.

Palace will always have a place in my heart. I’ve spent six years here and the club ethos has always been: Palace and Proud. 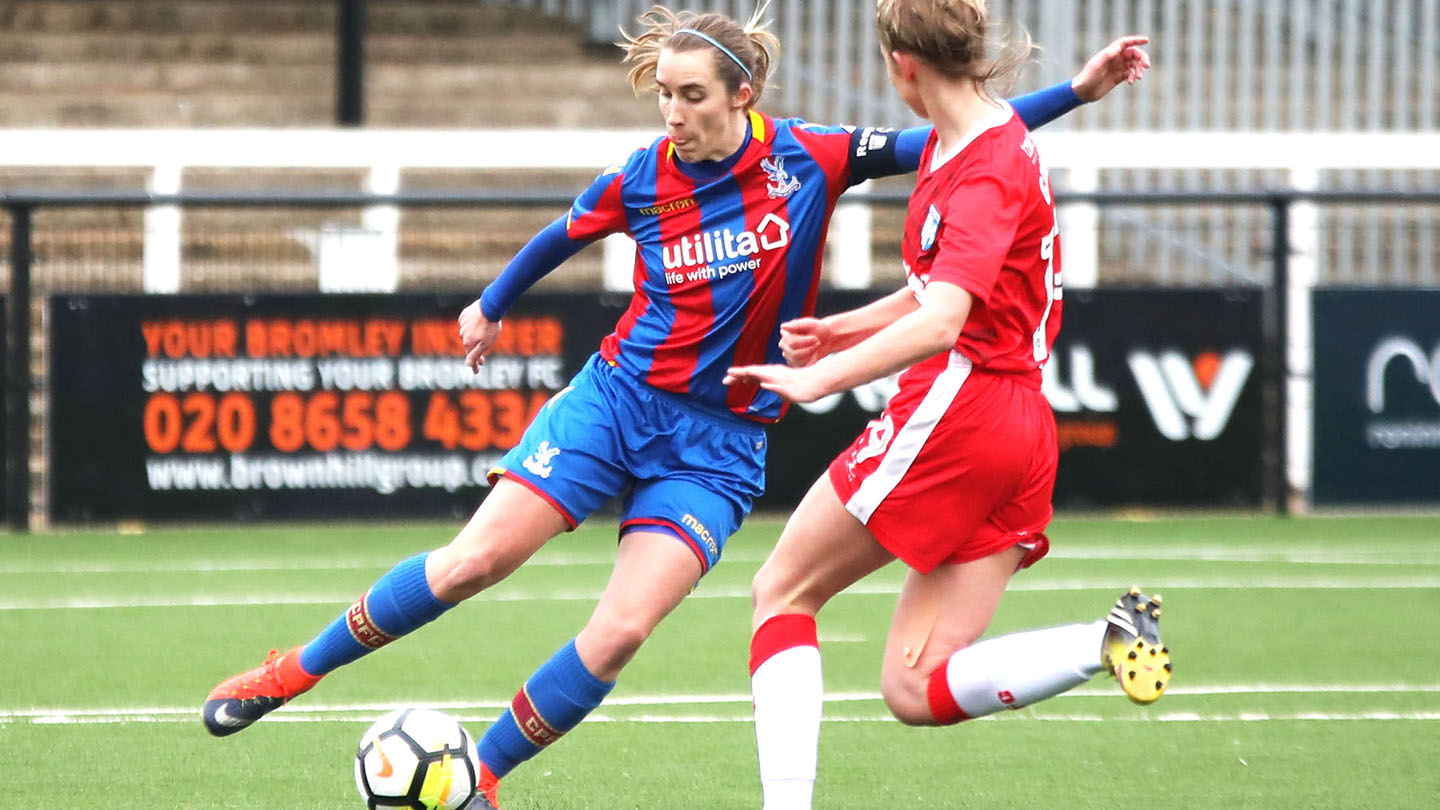 It’s amazing for me to reflect back on my time here and realise that, despite the club climbing up through the leagues and growing massively, that core message hasn’t been lost.

When I first came to Palace I hadn’t played for three years after my return from university in the United States. To be offered an opportunity after so long out of the game was incredible. 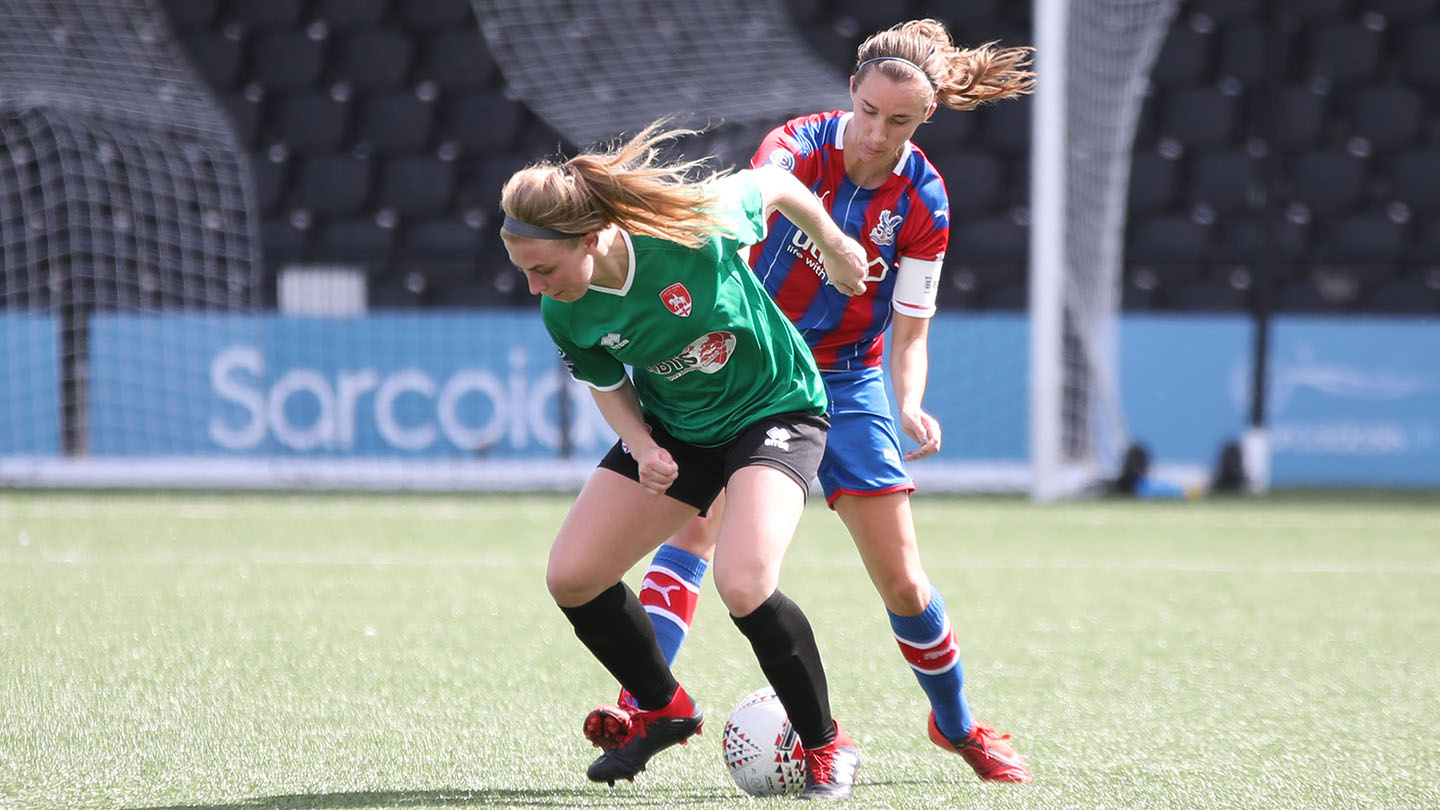 I owe Palace so much. Without the support from teammates and the management team, I wouldn’t have had the opportunity to represent Northern Ireland at the age of 28 – I had assumed any chance of international recognition had passed me.

I played for Northern Ireland in front of 30,000 people against the Netherlands and that experience was incredible - that’s what dreams are made of. Palace were instrumental in making that dream come true. 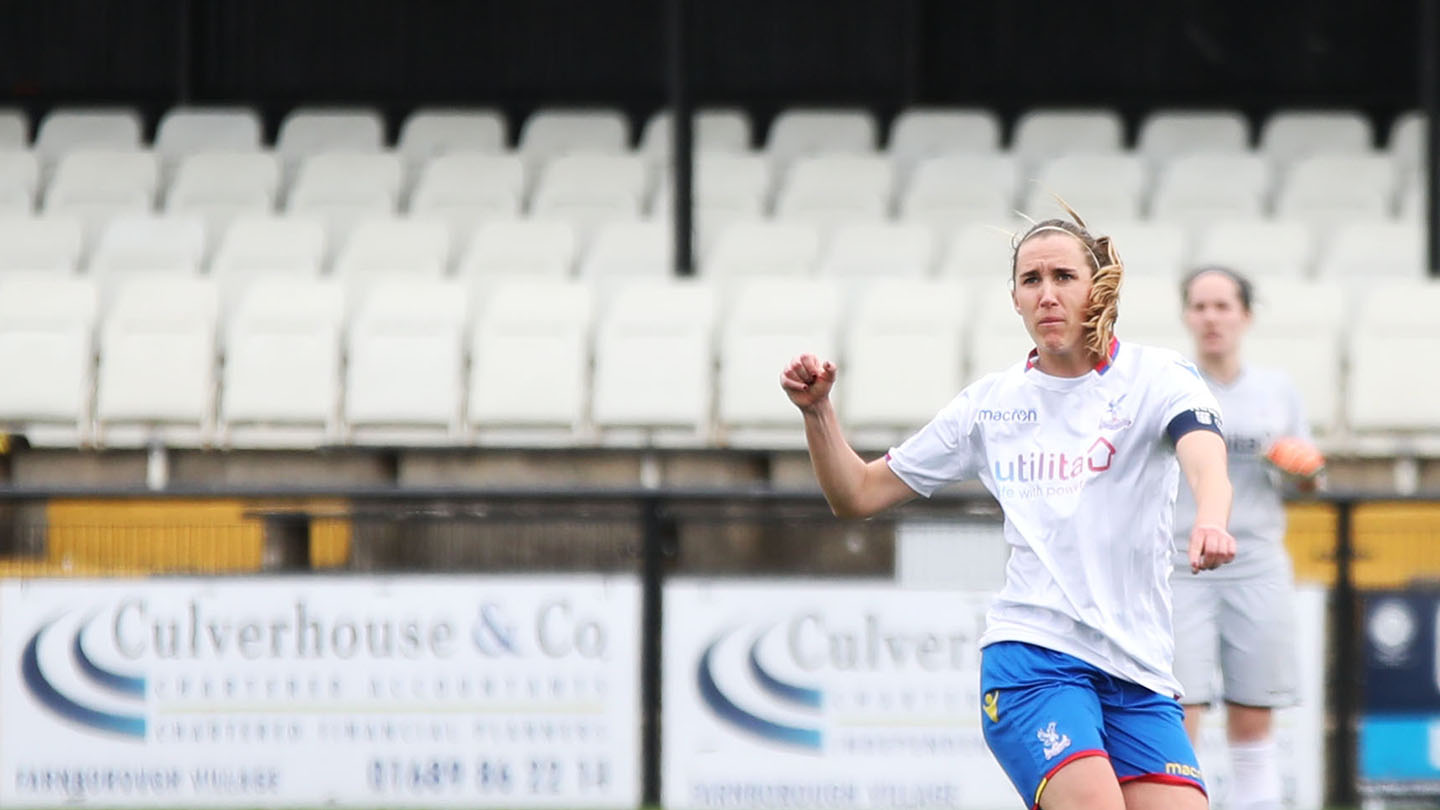 But there are so many standout times with Palace. I fondly recall when, in my first season, we beat Gillingham 5-0 at home. It was a midweek top of the table clash, under the lights, and it was absolutely pouring down. It was one of those where you could just feel before kick-off that tonight is going to be special.

A couple of years back we went and played West Ham United at their training ground which was a great occasion – again it was hammering down, which says a lot about me and my love for sliding tackles.

In fact, the girls have dubbed me ‘Forrest Gump’ for my slide tackles, because they know if there was a winger who had managed to get past the full-back, I’d be off to get that ball. 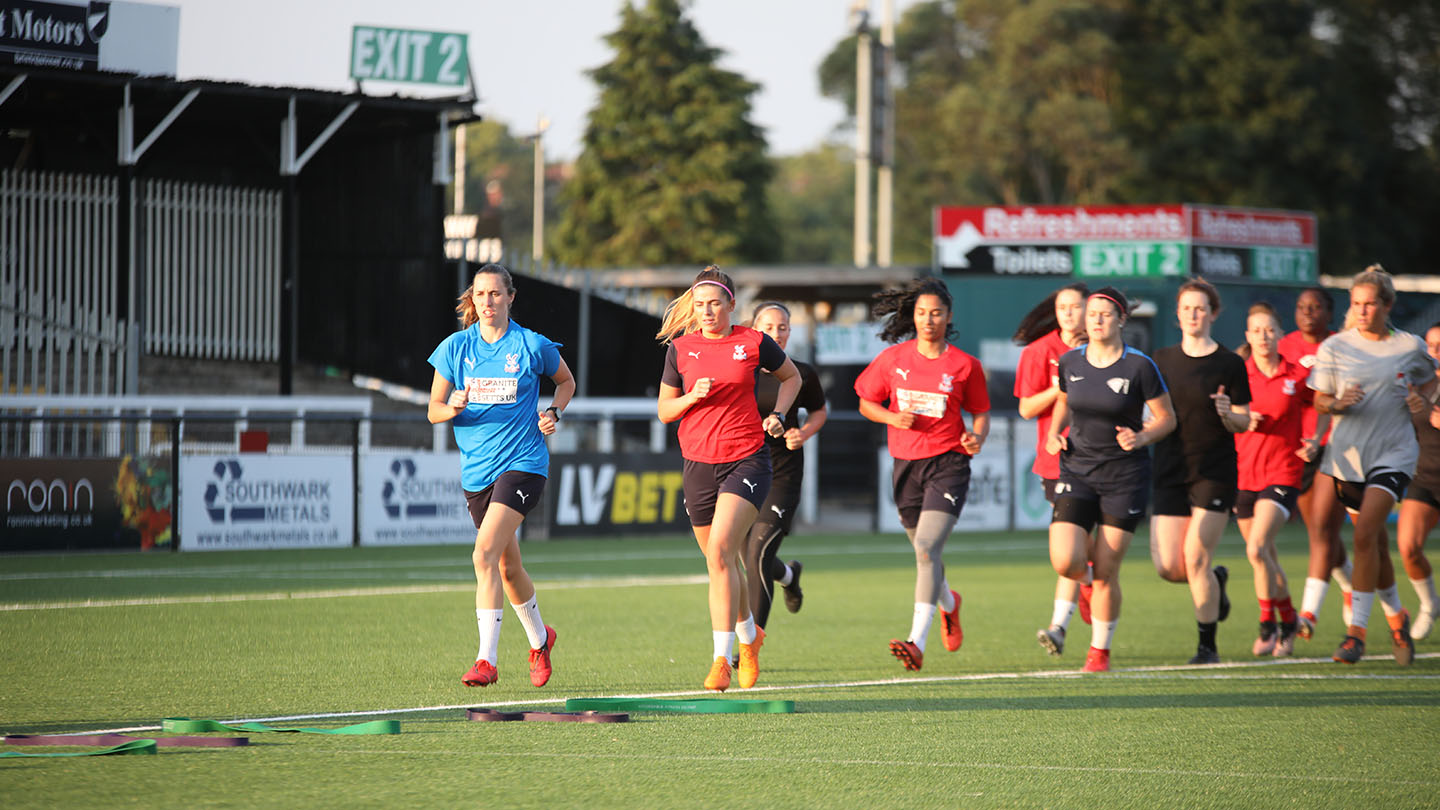 If life really is like a box of chocolates, then I’d pick the same one again. I’ve loved every moment with Palace and would hope people look back and say that I’ve given a lot to the club, as a player, as a captain and as a person.

Thank you to my teammates, who have become friends, Dean Davenport, who had so much faith that he made me captain for most of my time, and for the fans who have supported me throughout.

I’d like to give a special mention to the fans. Without a doubt, they are the most loyal fans I have ever experienced. My favourite moments are the songs, the chanting, and the celebrations with them during the last minute winners. They have been with us through the years, old and new faces. I will never forget their presence.

It has been a pleasure and whether it’s as a coach, as an opponent or a fan in the stands, I’ll always be Palace and Proud.