From kitbag sponsor to General Manager of Palace Women

Ask any Eagle and they’ll be able to tell you straight away the person that kickstarted their love for Crystal Palace.

For the General Manager of Crystal Palace [Women], Paula Johnson, it’s her Palace-supporting husband and her former Academy-attending daughter.

Three years ago, Paula would’ve laughed off any suggestion she’d now be so heavily invested in football, but today, it consumes every working hour.

When Paula’s daughter got accepted at U13s into Crystal Palace, she would be there on the touchline, week in, week out, like any supportive parent would. But never would she have believed that come the end of that first season cheering her daughter on from the sidelines, she would end the campaign as Club Secretary. 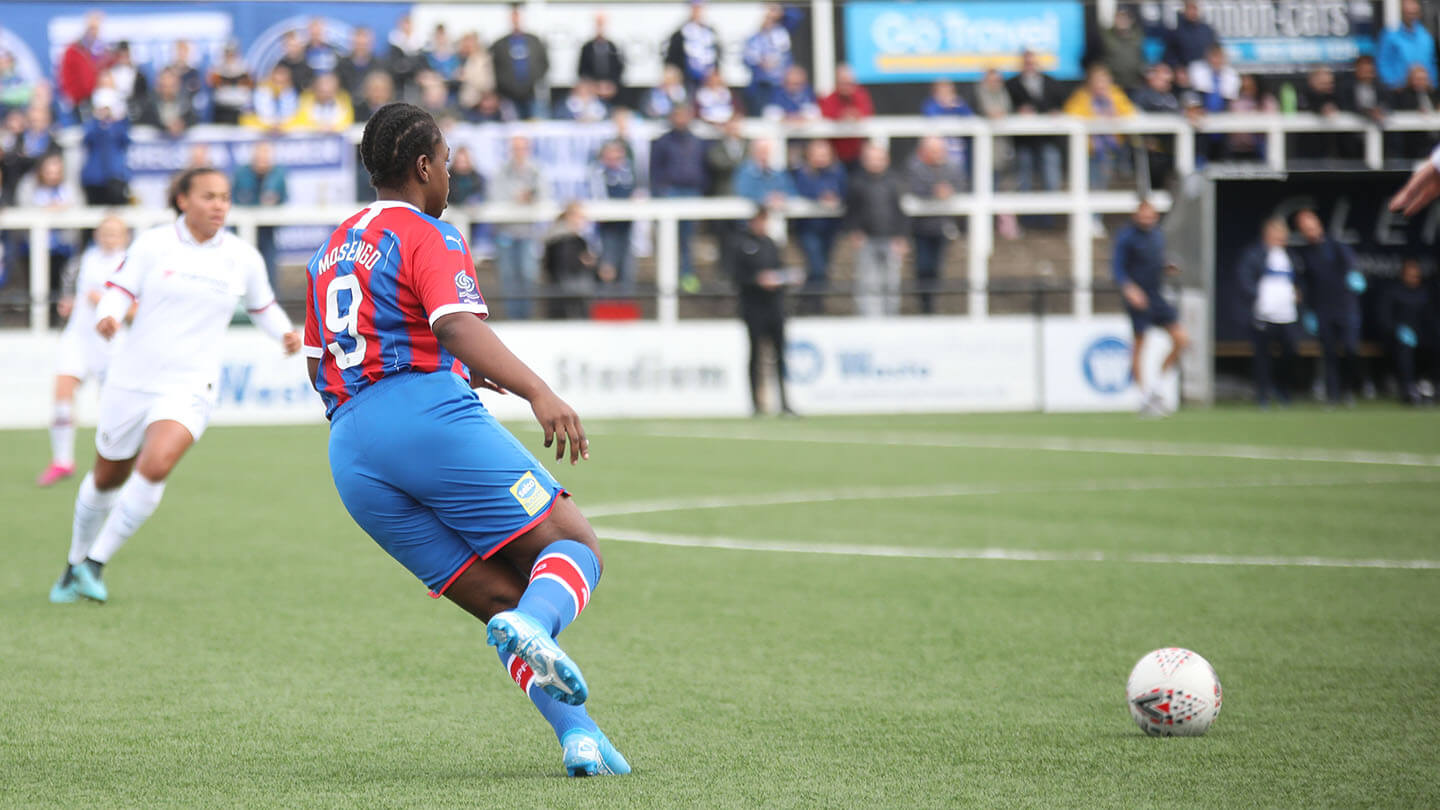 Paula reveals how it all came about: “I was with my husband one day sitting in the car waiting for my daughter to finish training when we saw a tweet from manager Dean Davenport about sponsoring the kitbags for the first team. As we run our own business, we thought yes we can do that!  Through that, meeting Dean, the players and attending my daughter’s games each week we built up a rapport.

“Next thing I know, an email goes out that I was CC’d into advertising for a new Club Secretary. I thought: ‘You know what? I could do that’.”

At the time, Palace were in the third tier of women’s football, therefore the role of Club Secretary was a voluntary one. However, after Paula’s first season in her new role, the women’s football league system changed with the formation of the Women’s Super League, the Women’s Championship and the Women’s National League.

The Championship is the league that Davenport’s side find themselves in now. However, their place in the second tier wasn’t an easy one to achieve and required a lot of hard work from Paula and the management team.

Paula said: “I wrote up the licence criteria [for an application to enter the Women’s Championship] with Richard [Spokes, Chairman of Palace Women] over a number of very long weeks.”

But despite those long, voluntary hours which sometimes ran late into the night, it wasn’t good news at first, Paula reveals: “There was so much we had to write in terms of qualifications, ground tenures, partnerships, marketing, demographics, and then go to the FA’s headquarters and give a presentation.

“The management team were all waiting in the local pub on ‘judgement day’ to find out whether we got accepted. Unfortunately, the phone call arrived and it was a ‘no’.” 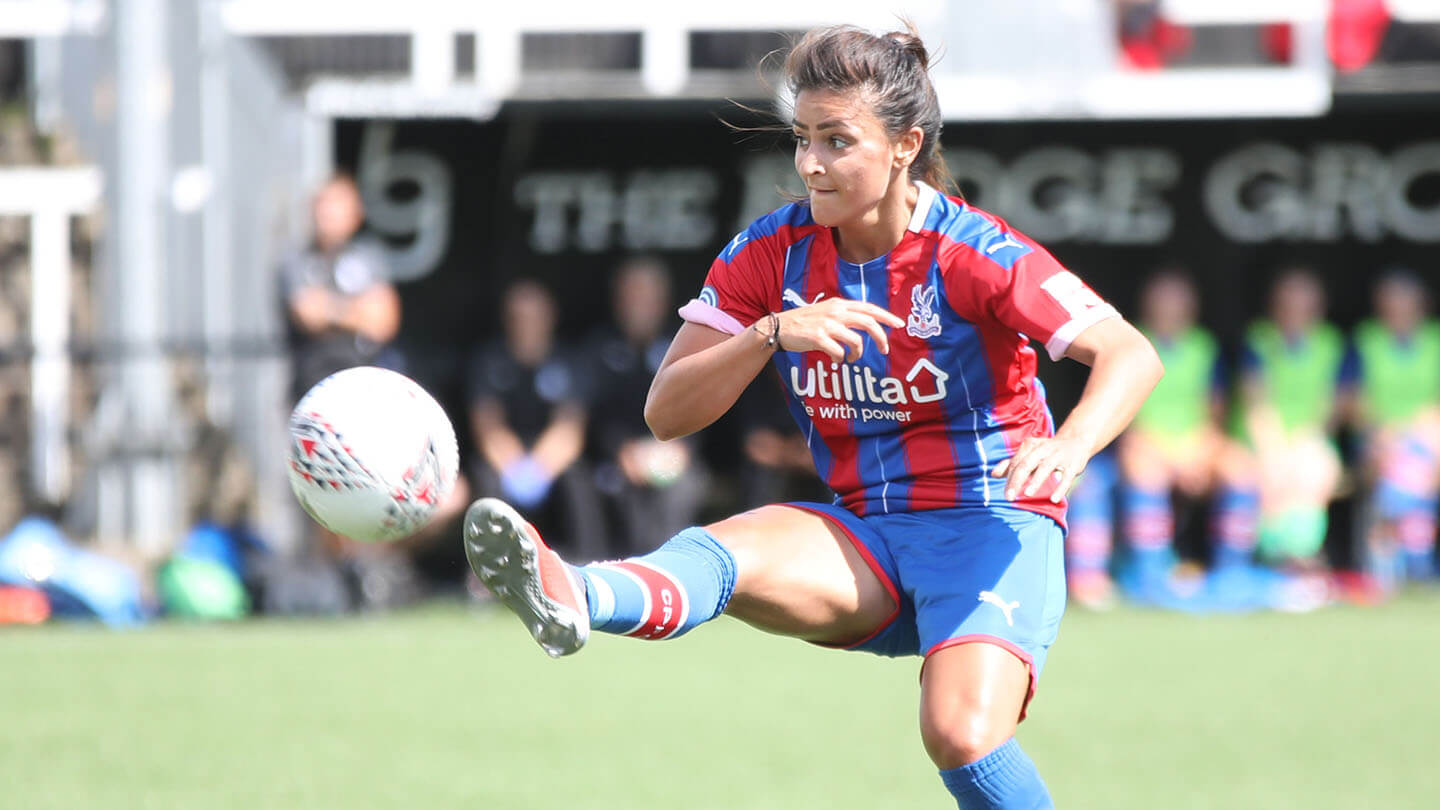 Despite the disappointing news, Paula and the team set about getting the club ready for the 2018/19 campaign in the third tier. But a few weeks later, the FA got back in touch: “We had put our team together for the third tier and prepared our club for hopefully winning that. However, a few weeks later came the sad news of the Doncaster Belles demise and we got a call from the FA to say we’d be taking their place.

“We were now six weeks behind everyone else and that’s not just in terms of building an appropriate squad for the challenge but everything that goes with running a football club: branding, sponsorship, organising fixtures…everything!

“Due to the league restructure, thankfully, there was no relegation from the Championship in its inaugural season. Therefore, we didn’t have that pressure so we could build and learn throughout last season. As it was we didn’t finish bottom.”

Now, after a busy summer of recruitment - something Paula played a key role in from structuring deals to speaking with agents all whilst attending meetings with the FA and making sure the club adhered to the licence agreement for the coming season - the excitement around the new-look squad for the 2019/20 is big.

The team’s next home game falls during the international break, which the FA have used as an excellent opportunity to launch the inaugural ‘Women's Football Weekend’. Therefore, be sure to get your Palace-fix by heading down for the home clash at Hayes Lane against London City Lionesses Sunday 17th November, 2pm kick-off.

Get your tickets for the Women's Weekend clash v London City Lionesses, and get your Palace fix during the international break. There is a discount on ticket prices for all Season Ticket Holders and Members! Alternatively, fans can call the Box Office on 0871 200 0071 or visit in person at Selhurst Park.