“I’ve found it difficult mentally,” recently returned Palace Women captain, Freya Holdaway, opens up. “At least with something like a knee injury you can see the progress and map out the steps of your recovery but if you’re suffering from concussion there’s nothing physical you can track.”

“And then you look at the time of year I was on the sidelines: shorter, darker and colder days. Football has always been my pick-me-up, so to try and go through those wintery months without that release was hard.”

The dark four-month spell on the sidelines behind her, Holdaway has returned from her third concussion in just 16 months after Palace Women followed the Football Association’s recommended protocol. 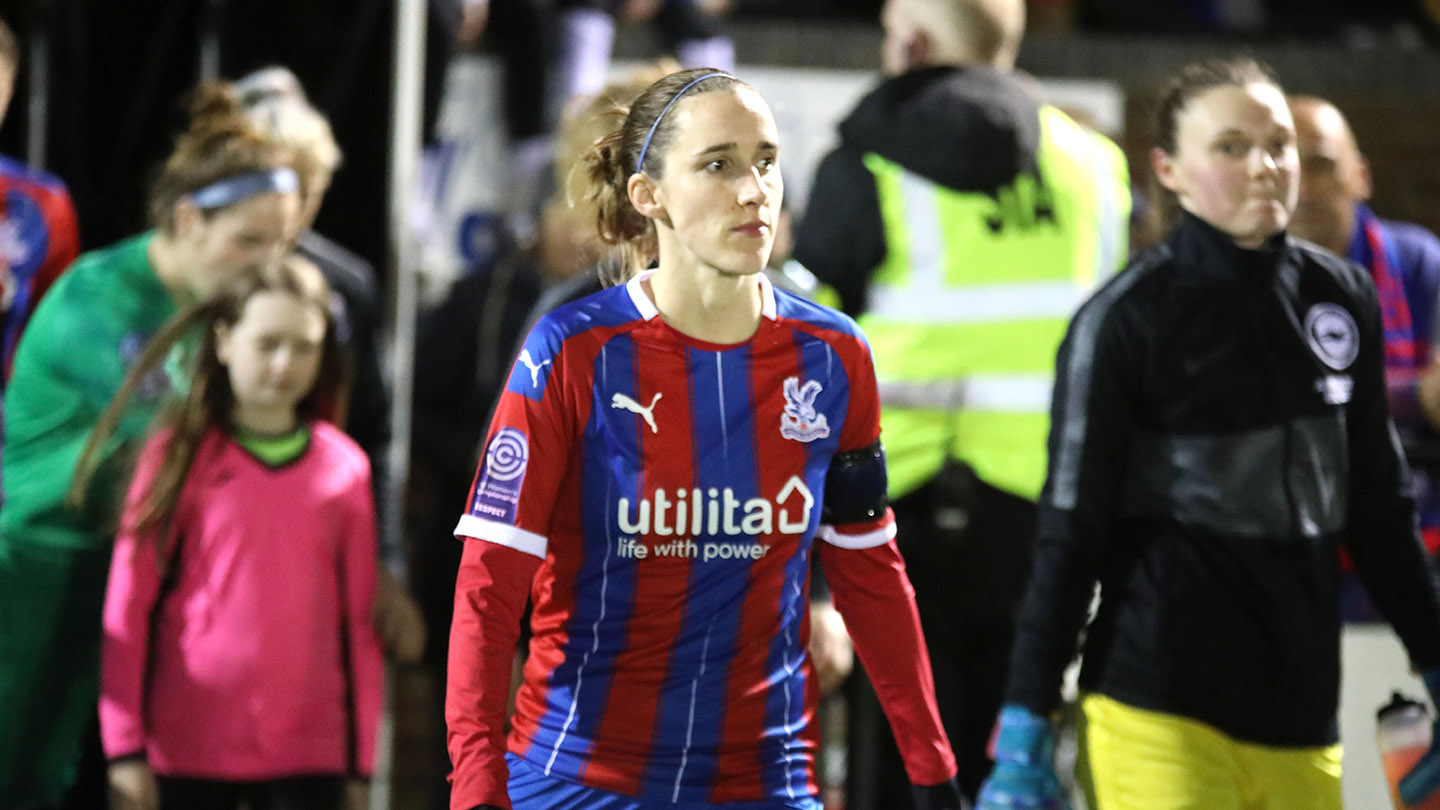 Concussion is a big talking point in football and it’s a talking point the governing bodies are starting to get their head around, with the United Kingdom banning children under the age of 12 from heading the ball earlier this year.

And that’s something Holdaway herself experienced. She reveals: “As the symptoms subsided I started to return to training but I had to wait for the neurologist’s report to come through before I could start heading in those sessions – which was almost a month after returning.

“It’s a weird experience playing football with the constant thought in the back of your mind about making sure you do not head the ball. However, that was also the sign that I was starting to feel like myself again - there would be occasions where I would head the ball without even thinking about it.

“It’s great that the FA are looking at their protocols around concussion and implementing preventive measures,” Holdaway reflects having gone through those steps. “There’s research out there that says women are five times more likely to sustain a concussion than men, but ultimately there isn’t too much available in terms of research on the long-term effects,” Holdaway explains.

“The club and I followed the FA protocol which included getting extra tests done with the neurologist. However, it took a while for those results to come through and I was still suffering with symptoms of the concussion two months after.

“The steps I went through also help players feel less pressure to return to the game when they aren’t ready. It’s a mentally tough injury: you’ll return to training feeling good but then during that session you’ll realise you haven’t fully recovered,” Holdaway admits.

The next comments from the 30-year-old perhaps highlight the lack of awareness surrounding the impact of a concussion – this is a lot more than just being unable to play sport. “It is one of those situations where the best form of recovery is rest,” Holdaway points out.

“For me, though, the difficulty was juggling my need to recover with working a full-time job and one that required me to stare at a computer screen all day – that’s one of the big triggers of the symptoms for people suffering from concussion.”

Thankfully for Holdaway she “had the support from the club and her place of work,” with both parties doing all they could to support the current longest-serving Palace Women’s player medically and financially.

“The girls and the management staff were great with me,” Holdaway elaborates. “They continued to involve me in everything and as captain I still wanted to have as active a role as possible. That’s how I started to experience the coaching aspect of the game – I’d watch videos of training or from games and analyse them with the coaches.

“That has given me a greater appreciation of what my teammates do and what the coaches are looking to implement. It’s also developed my game despite not playing, as something I’ve been keen to work on is how can I affect the game from what is going on in front of me.”

After finally making her return to football you might have expected a game to ease Holdaway back in. But with eyes on more caps for Northern Ireland, her return arrived in the FA Cup, under the lights against Women’s Super League side and Palace’s rivals, Brighton & Hove Albion.

It’s safe to say manager Dean Davenport and all those involved with Palace Women still have full faith in their stalwart captain.