Crystal Palace Women's Chairman Richard Spokes has been at the helm of the club for almost a decade.

Since Spokes took on the role of Chairman for his daughter's side in 2009, Palace Women have enjoyed a meteoric rise to success, climbing up the pyramid to sit in the second tier of English football.

The club has also transformed from playing on "ripped-up, muddy fields at the back end of a Sunday," to competing against Champions League sides such as Chelsea, hosting crowds of 1,000 or more and partaking in the landmark FA Women’s Weekend next Sunday.

One key to the club's success over the past 10 years, Spokes reveals, is its focus on developing the abundant talent of young south Londoners through a sustainable, long-term process led by dedicated volunteers.

Speaking for the free limited edition autograph book that will be available to fans attending the Women's Weekend next Sunday, Spokes explained what has happened behind the scenes since his arrival in 2009.

"[In 2009], there were no aims," he said. "The adult team then was a place for players to play once they'd migrated from the junior team by age. It was a continuation of Crystal Palace in a slightly older guise.

"Pre- the 2012 Olympics boom, there wasn't really a great structure for women's football, particularly at the lower levels. Around about 2012 was when we sat down and said: 'Look, it's clearly going to go on an upwards curve. If we want to be successful, what we're going to have to do is build an entirely viable club starting at the bottom and working up.'

"We really put the emphasis in our junior section to produce ongoing talent for 10, 15, 20 years or more than that ahead. We spent about three or four years building a junior section so we have a team in each age group and it’s like a conveyor belt of talent for the next four or five years."

That conveyor belt has produced a string of talent which has formed the core of the Women’s team on their progression in recent seasons - a core which has taken Palace to their highest ever standing and left the club competing with the country's finest opponents.

Alongside Spokes and general manager Paula Johnson, another key figure in the growth of Palace Women is manager Dean Davenport, who has been a central element in the club's long-term plans since their inception.

Spokes said: "The aim was to build our first-team into something more viable to move up the regional leagues to a more national level as women's football developed. As part of that at that point in time, Dean Davenport was actually one of the coaches for the Under-9s. We all got together and said: 'Look, by the time Dean's players become old enough at 16, we will hopefully have what we need in place to be a lot stronger as a club.'

"Effectively, we did four years of hard graft which tied in with Dean and his girls almost becoming our first, properly serious first-team which would have been around 2014/15. From there, because we had the model in place with the junior team and the adult team, it was really a case of just trying to use what we had, push up the league, get promotion and move with the general curve that women's football was on.

"There was definitely an element of being in the right place at the right time but it was recognising what we had to do to maximise it. We got something like three promotions in five years which led us to where we are now."

And now, how does the club continue its development of the next generation whilst fulfilling the increased demands of its new challenge?

"When people talk about Palace Women, they see the team that get on the website and everything else because that's the flagship team," Spokes explained. "But we’ve got an entire academy system underneath which follows the model the FA run their centres of excellence on.

"We have a junior section where we have a grassroots pathway for players that are still developing but aligned with that we have an elite pathway where the players can move across or we can bring players in to the senior teams.

"That pathway that will lead directly into our development squad and then our first-team. That's the bit people don't see - they see Palace Women as one team but actually there are a dozen other teams underneath all building towards that point. No football club can survive without that and that is entirely volunteer run." 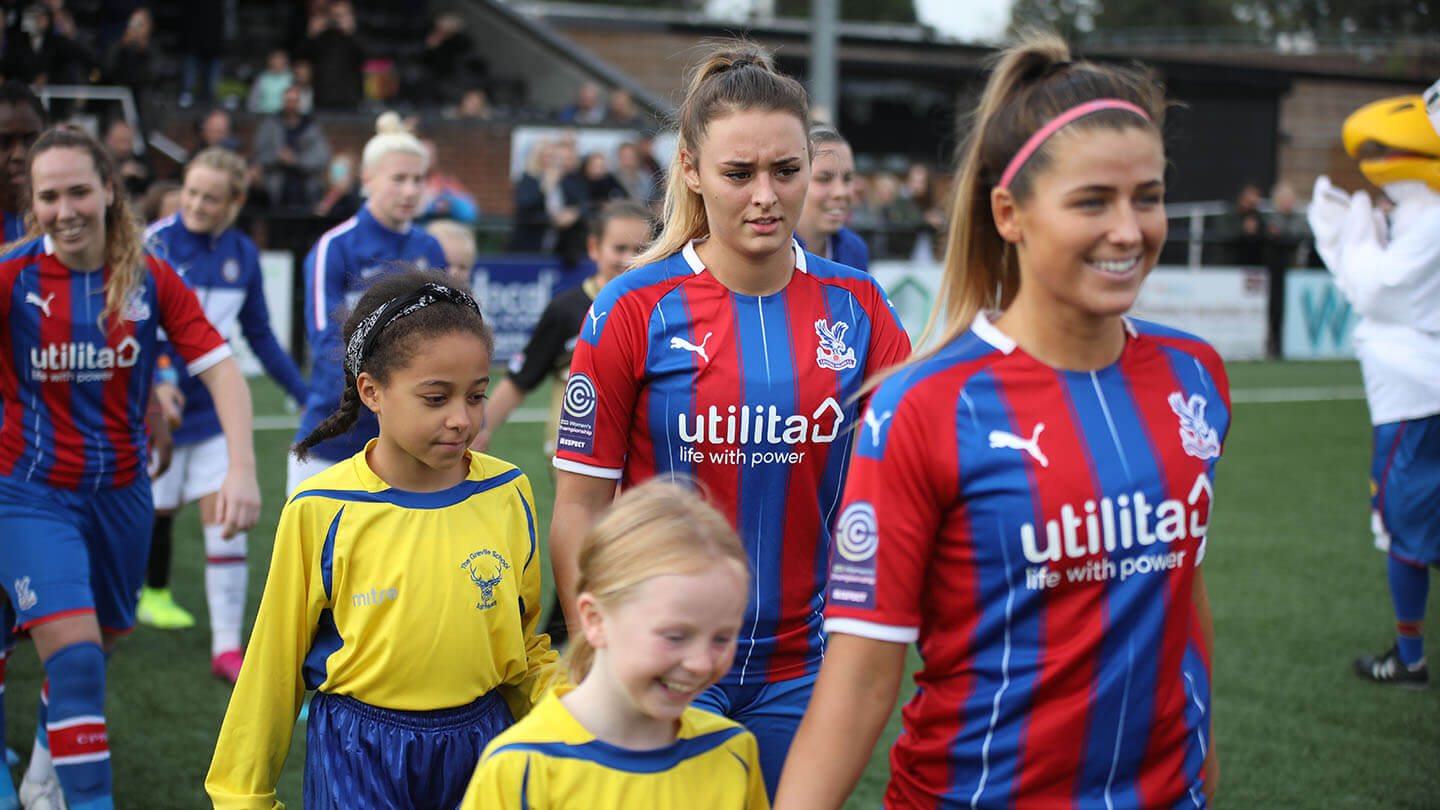 The fruits of their labour, it would appear, are blossoming for Palace - with the club placing its faith in youth at even first-team level.

Spokes elaborated: "We moved a couple of players up last season because they reached their 16th birthday. So in a couple of games at the end of the season when things were settled in league positions, they were able to come up and experience first-team football at the age of 16, having been in our juniors since the age of nine or 10.

"It’s absolutely fantastic and the same will be happening now. They are now very strong players in our development or reserve squad and will be knocking on the door of the first-team.

"Anybody at any football club will tell you that when you have your youngsters from six years ago playing in the first-team, you know you’re doing something right."

The team face London City Lionesses this Sunday (17th) at 2pm - don't miss the chance to support the Eagles and grab your tickets here! Alternatively, fans can call the Box Office on 0871 200 0071 or visit in person at Selhurst Park.