Find out Crystal Palace’s first recorded results from the 1860s

With established links showing the club to be the world's oldest club still playing professionally, find out how Crystal Palace fared in their most significant, earliest matches from the 1860s.

The games shown below are all amateur occasions - for more information on the club's 19th-century roots, click here now.

Both Crystal Palace and Forest F.C. would become founder members of the Football Association in 1863, making this the first match between two teams who founded the FA. 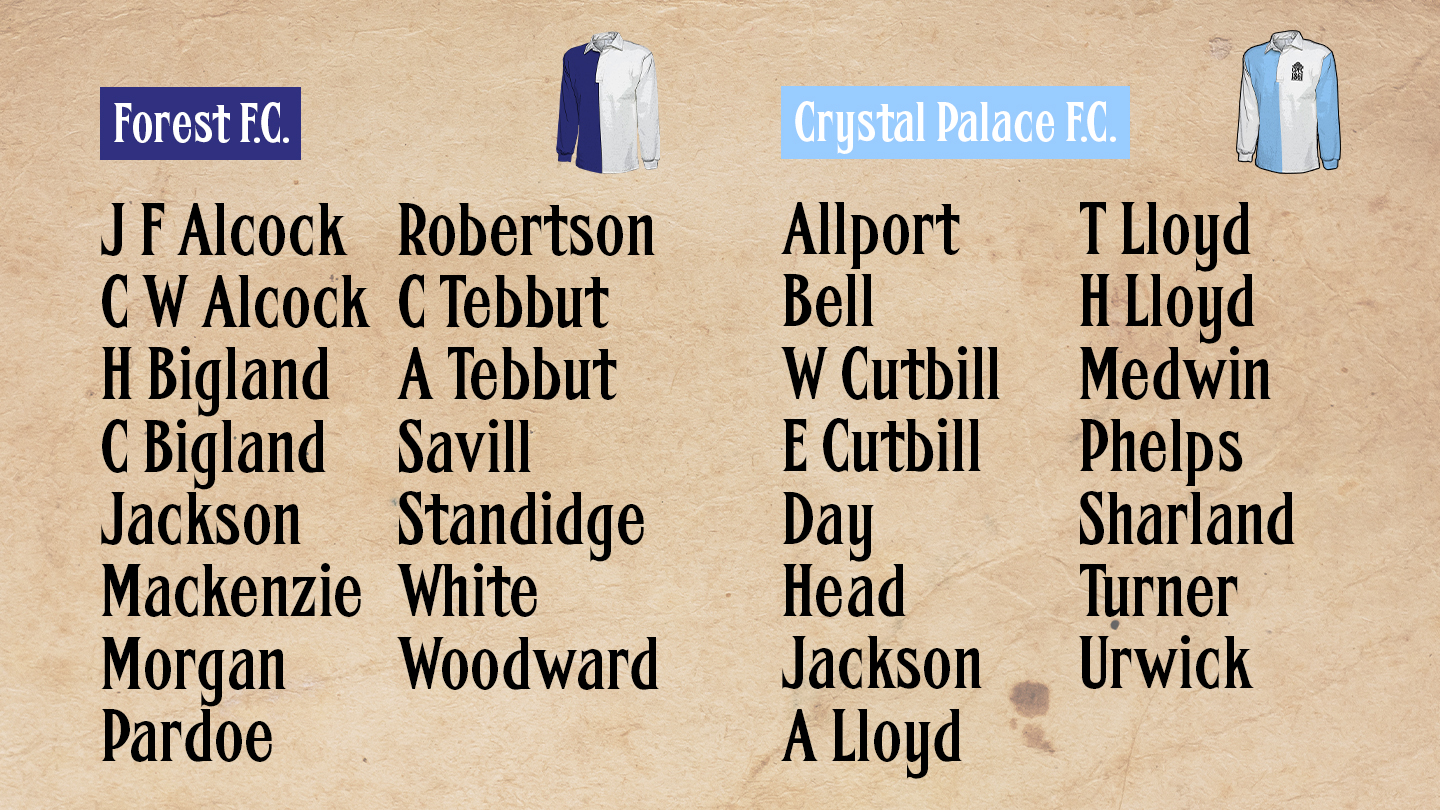 It is known that Crystal Palace played Forest again in 1863, however the score, date and lineups are unconfirmed.

The lineups for this match are not known.

This is the first recorded match between Crystal Palace and a team other than Forest F.C. It was a 14-a-side game against the No Names Club in Kilburn. The N.N.’s team included Alexander Morten who had played cricket for Crystal Palace in the summer of 1862.

Shortly afterwards, Morten became Crystal Palace’s goalkeeper for the next 10 years and gained the unique distinction of playing international football for both Scotland and England.

Crystal Palace's first recorded match using association football rules, which the club helped to push through as founding members of the FA.

The first official match using association football rules was played in Battersea Park in January 1864, and Palace supplied three footballers for the game between the President's and Secretary's teams.

Crystal Palace face Hitchin in the first FA Cup round.

With thanks to Peter Manning for the information used above. His book, Palace at the Palace, can be purchased via the Club Shop.