Inter Milan were high on their status as Serie A champions, viewed as world-beaters after roaring success in the 1960s and their league season had ended with a 23-game unbeaten run when they took on Crystal Palace in 1971.

By contrast, their English adversaries were pleased to have avoided relegation from the English top flight, having just finished their second ever season at such a level.

While Palace were no team to be scoffed at, the difference between them and Inter Milan was incomparable.

Palace faced Inter in their first taste of the Anglo-Italian Cup, a somewhat bizarre tournament created in 1970 to generate funds for wages to cover the extended close-season caused by that year’s World Cup.

The tournament’s rules were complex and erratic, with teams split into three groups: two Italian sides and two English sides forming each. Every club would face the two foreign outfits home and away and their points would go towards an overall mini-league, again split by country.

Once these groups were completed and two final tables were formed, one English side would take on one Italian side in the final, with the winner named champion.

To further complicate matters, points were awarded not only by result, but by goals scored, too. It meant, in theory, a team who finished their mini-league without a single win could top the group by scoring the most goals, should they be prolific enough. 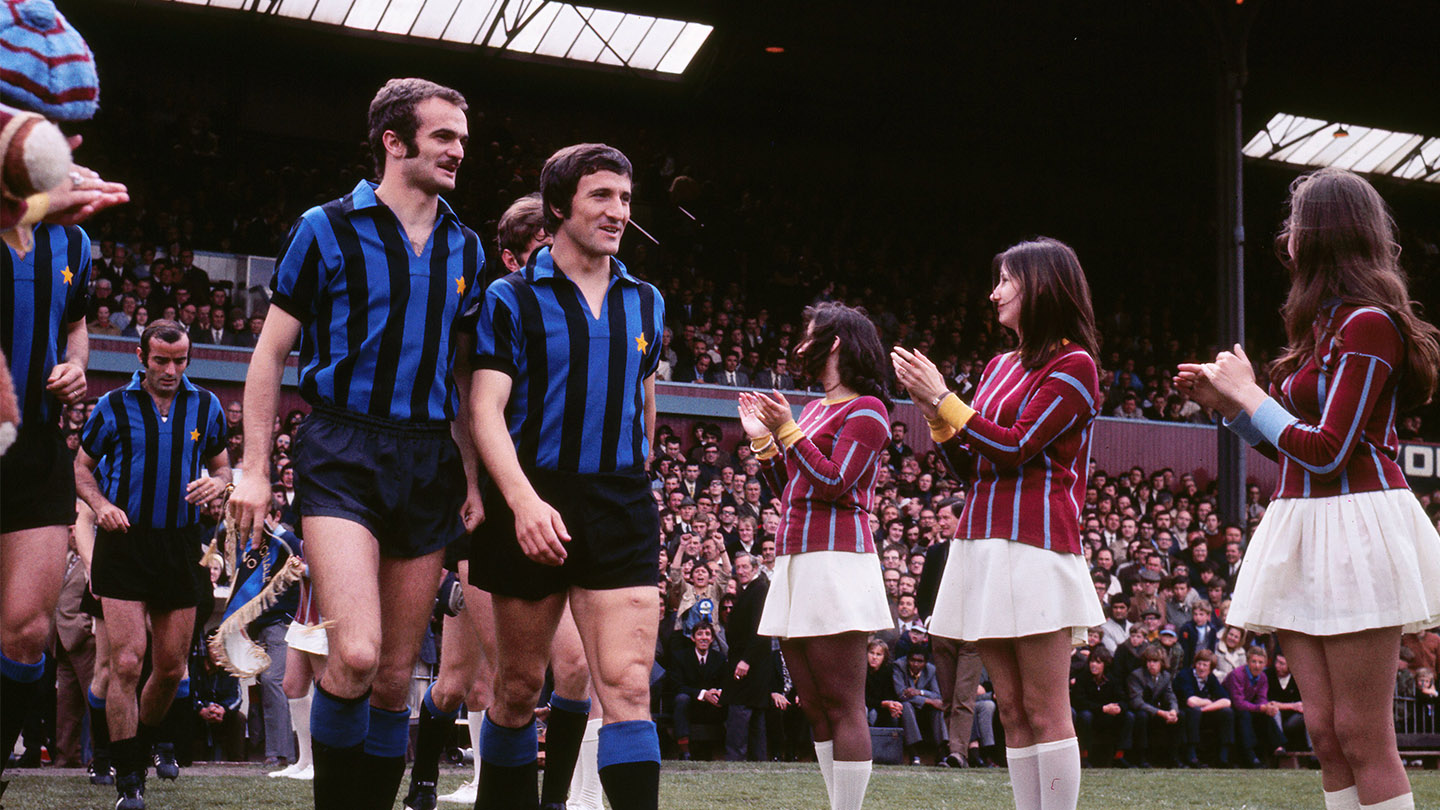 Ultimately, the Anglo-Italian Cup’s inaugural year culminated in a final which lasted just 79 minutes, before violence in the stands forced Swindon Town’s clash with Napoli to be abandoned.

Having been 3-0 up at the point of abandonment, Swindon were crowned champions, and so the first campaign of the Anglo-Italian Cup concluded in a trademark wild fashion.

When Crystal Palace took part in the second year, 1971, they joined the likes of Blackpool, West Bromwich Albion and Stoke City from England and Italy provided clubs such as Roma, Bologna and, of course, Inter Milan.

Palace were placed in what was fast dubbed ‘the group of death’, drawn against Inter, West Brom and World Cup finalist Luigi Riva’s Cagliari.

The then-Glaziers kick-started their participation well, with a single Bobby Tambling goal defeating Cagliari and a single Alan Birchenall effort drawing with Inter - both games at Selhurst Park.

With their matches in England completed to a degree of success, Palace prepared for a trip to Italy.

“I remember, we stopped at an exclusive, five-star training hotel,” midfielder Birchenall recalls of the trip to face Cagliari in Sardinia. “I remember going to the ground and the thing that amazed me: the turf was like the pitches today. 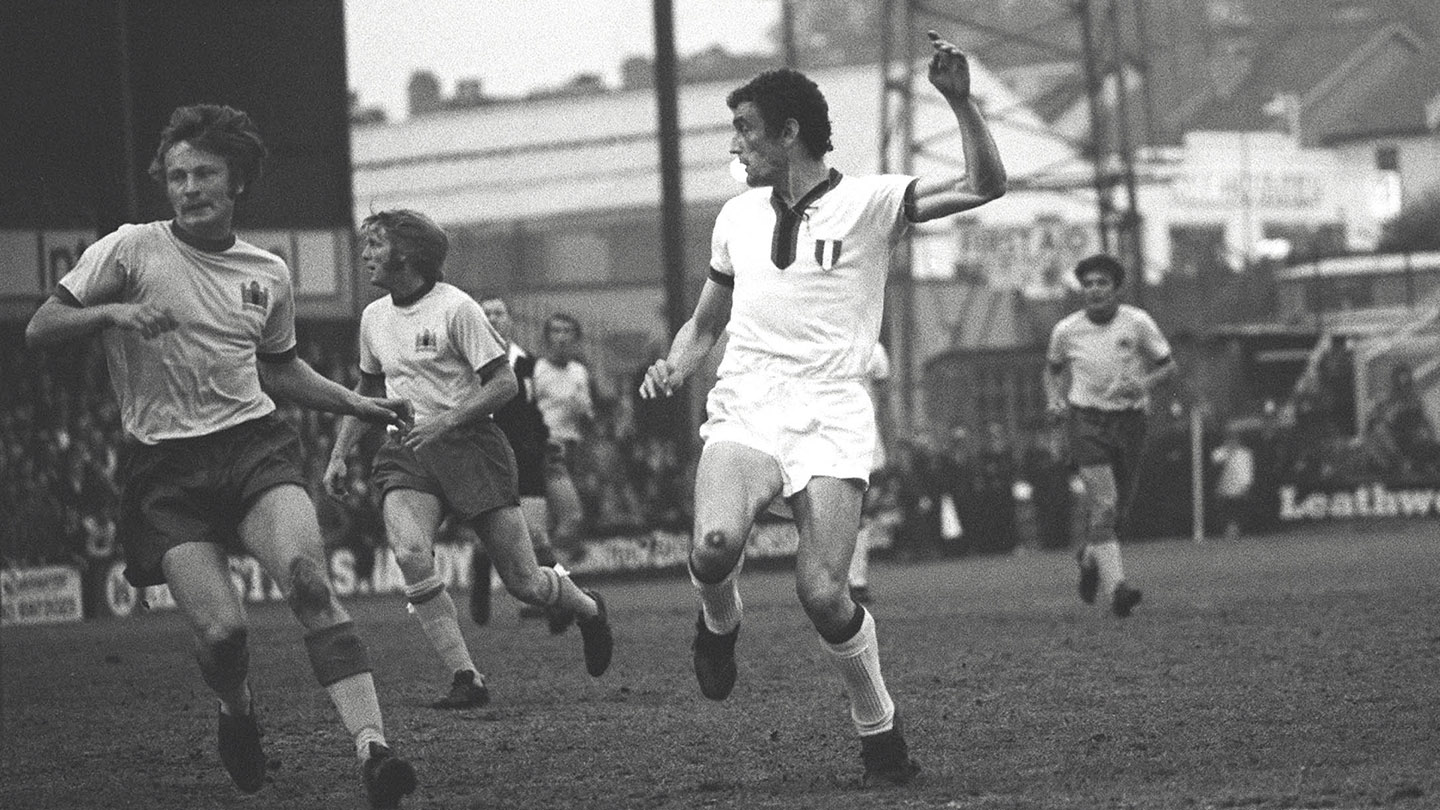 “Back in the day, Selhurst Park was like the Somme at times… But when we went onto the pitch to have a look and walk out, there were about two dozen people on their hands and knees, cutting the bloody turf and pulling any weeds out. It was perfect.”

The perfect pitch lent itself to Cagliari’s football and, as Selhurst had benefitted its usual occupants the week before, the Italians ran out victors over the south Londoners.

With a record of one win, one draw and one loss behind them, Palace prepared to take on Inter Milan for the second time in the tournament.

Birchenall recalls a unique pre-match build-up: “I remember being in the same hotel as Inter and we had to pass them in the dining room. They were having a pre-match lunch, they went in first and we had an annex. We had to go past them to get to the annex and we were playing them later on.

Lemonades finished, Palace travelled to the San Siro - with Inter the brimming defenders of a near-impenetrable fortress.

“It was like a theatre,” Birchenall describes his feelings before kick-off. “I remember walking out and the fans were on top of you - they went vertically up about three levels. Then we looked at their teamsheet...” 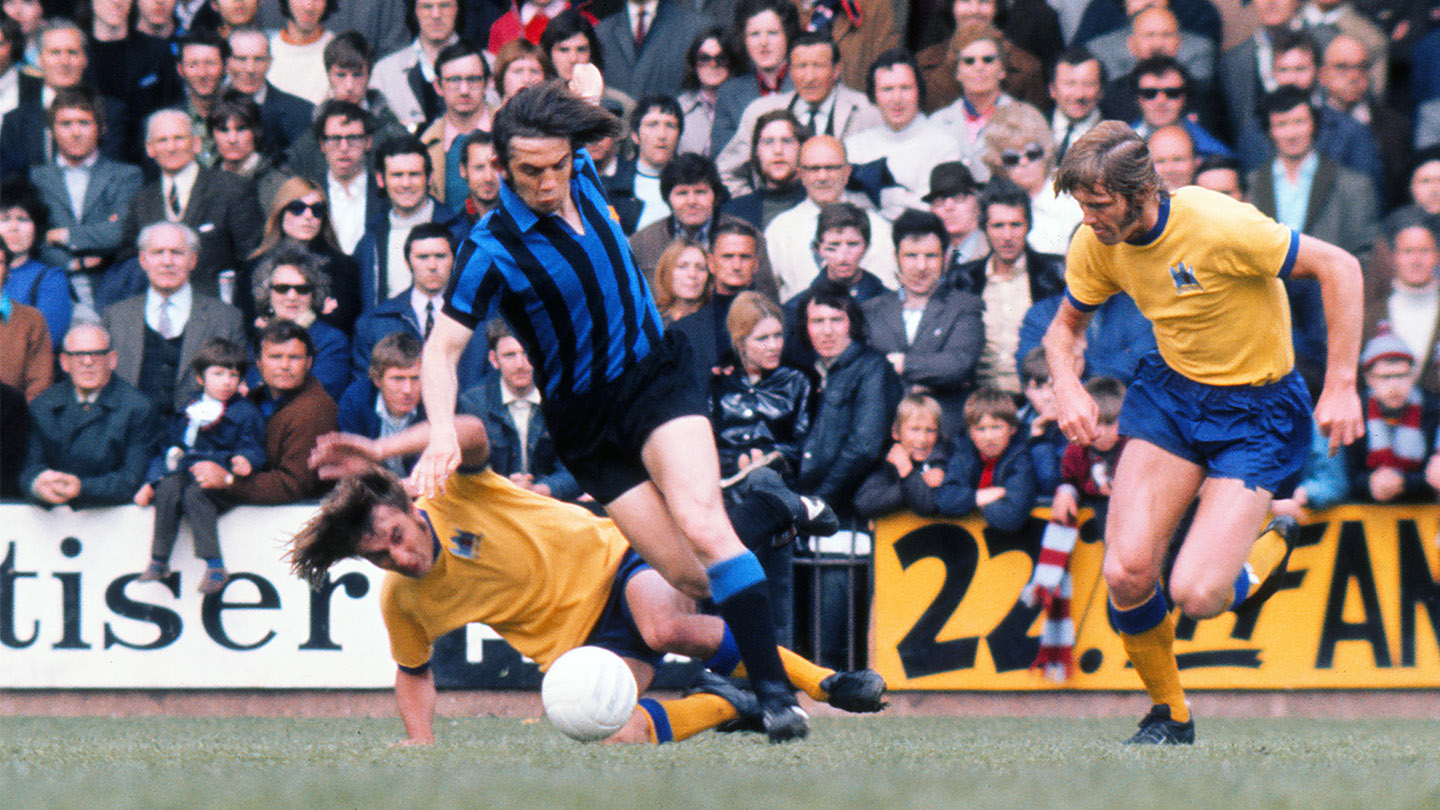 The Inter team included too many icons to list, but those that stood out included Jair da Costa, Tarcisio Burgnich, Mario Corso, Sandro Mazzola, Luis Suarez and Giacinto Facchetti - all club legends in their own right.

Dave McClelland from the Croydon Advertiser described the following exchanges in a commending match report.

In 90 minutes in the great San Siro Stadium on Friday evening Crystal Palace revealed stature that marked their real breakthrough into European soccer.

Inter-Milan, the new Italian League champions, studded with internationals and unbeaten on their own ground for seven months, shrunk from the arena to the tune of 28,000 whistling fans who knew they had been painfully whipped.

And Palace’s prestige-winning performance brought this comment from Inter: “It’s the best display we have seen from a British side for years.”

READ NEXT: Former star reveals inside the life of a ‘70s footballer

Palace’s performance so highly praised by McClelland saw them run-out as 2-1 victors thanks to a smart Tambling brace.

But, McClelland wrote, Tambling’s honours could so easily have gone to Terry Wharton, Jim Scott or Alan Birchenall, such was Palace’s finishing power which faced Inter’s unhappy goal-keeper Ivan Bordon.

Palace ended the ‘71 Anglo-Italian Cup with two memorable wins over both Italian opponents alongside a draw and a loss, but staggeringly still finished their group fifth out of sixth with nine points. The south Londoners had the exact same record (W2 D1 L1) as three of the teams above them and could boast of a better record than Huddersfield Town, who still sat in front with two losses and two wins.

But such was their goal haul - just four from four games - Tambling, Birchenall and co. had to contend with a harsh-looking finish.

Still, they’d beaten Inter Milan on their own turf. How many Englishmen can say that?

With thanks to club historian, Ian King, for valuable research materials used in this feature.