How Zaha and Townsend are leading charts as crucial FPL choices

The 2020/21 season may still be young, but Palace fans can rightly enjoy the success from their opening two matches - and feel the smug satisfaction of following Fantasy Football's most in-demand players.

Last week, we saw how 21-year-old Tyrick Mitchell has become one of the game's most popular options and now, after Palace's 3-1 triumph over Manchester United, two more Eagles have come to the fore as key choices.

Wilfried Zaha has long been a solid selection for Fantasy Premier League managers. The Palace talisman has earned between 85 and 149 points in the last six seasons, with his 37 goals and 43 assists ensuring he is widely bought across the game. His only issue lately has been price: costing £7.0m at the start of the last four seasons.

Andros Townsend, too, has been a solid option - collecting 116, 121 and 135 points in his first three campaigns in south London. In 2019/20, Townsend played fewer than half the league minutes he clocked up in previous years, and so his tally of 48 was naturally lower than expected.

But in recent matches, the pair have been as on-song as ever.

Zaha currently sits as the game's joint-third best performing player, with his total of 23 points putting him level with Leicester City's Timothy Castagne, Mo Salah and Harry Kane. The only players ahead of him are Son Heung-min and Dominic Calvert-Lewin (26 and 25 points respectively).

Of this six, Zaha is the second-cheapest option - with only defender Castagne at £5.6 being a lower-value choice. Zaha is the joint-second best performing midfielder and top Palace player so far.

His three goals from two games are undoubtedly crucial in this success, but three bonus points go a long way to increasing his tally, too - with the armband against United seemingly firing the Ivorian up more than ever. 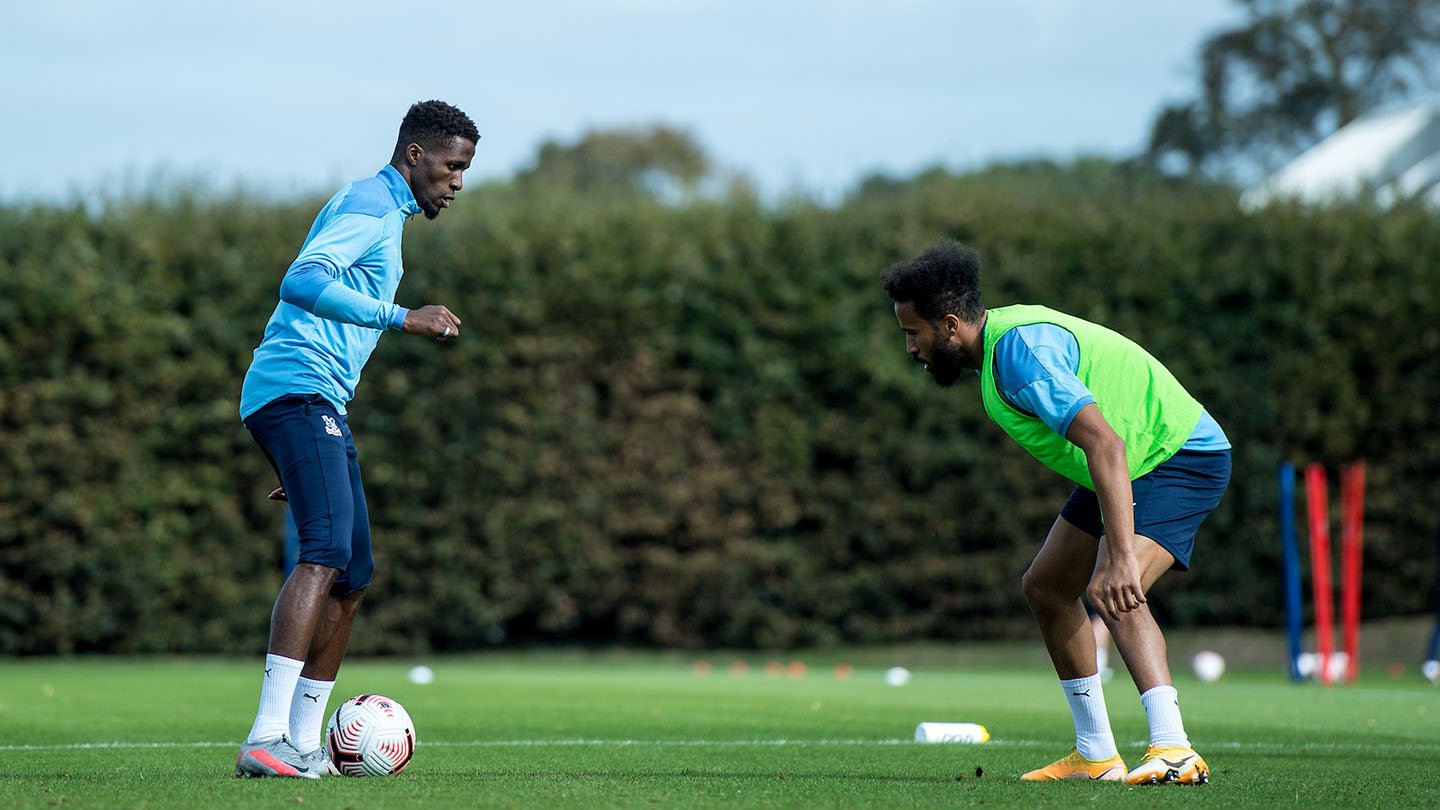 But at £7.0m (and not unlikely to become more expensive), Zaha is understandably out of reach for many teams unless chosen as a stand-out star man.

On the subject of star men, Townsend is a more affordable option for managers and is performing similarly well to Zaha. At just £6.0m, the winger has 17 points - putting him in front of Willian, James Rodriguez, Jamie Vardy and Alexandre Lacazette.

The 29-year-old has scooped a goal and assist so far, playing full 90 minutes in each match, and has been awarded four bonus points.

Palace's midfield is a congested place, but with Townsend looking as sharp as ever against United, it's hard to see his role diminishing - making him a smart, successful choice in the game.

Amazingly, though, the winger has been named by just 1.6% of managers - so get ahead of the game before Starman becomes a more widely known tip-off.

Finally, as Zaha and Townsend are both listed as midfielders, they benefit from clean sheet points - a crucial fillip in the Palace squad.

Roy Hodgson's more direct 4-4-2 this season has seen Zaha featured up-front and Townsend play a very prominent role in attacks, but with their defensive solidity on display against both Southampton and United, that extra point for Vicente Guaita's shut-outs could prove crucial.

Last season, for example, it earned the pair 12 extra points between them.

So, while Palace face an uphill battle against Everton this weekend, their players are still ones to watch in Fantasy Premier League. With fixtures coming up against the likes of Brighton & Hove Albion, Fulham, Leeds United, Burnley, Newcastle United and West Bromwich Albion, filling your team with Hodgson's men makes all the more sense.

Be it Mitchell and Guaita at the back or Townsend and Zaha leading the line - now is the time to transfer in the red and blues.

READ NEXT: Palace Preview: How in-form frontlines are crucial in Palace’s Everton clash