Crystal Palace fought through a determined game this evening against Chelsea, with the in-form Blues matched by a Palace side driven to resolve for an unfortunate start to the evening's ceaseless action.

The third Chelsea manager in Hodgson’s south London tenure, Frank Lampard fielded a talented lineup with just one forced change in it: Billy Gilmour taking the place of the injured N’Golo Kante. Lampard’s Blues are perhaps the most in-form side in the league, but Palace set up well to make uncooperative hosts.

The Eagles began the evening with the game’s first shot; James McArthur dragging a miscued Kepa Arrizabalaga pass wide of goal. The effort may have been speculative, but it sent out Palace’s opening warning: they were there to compete. 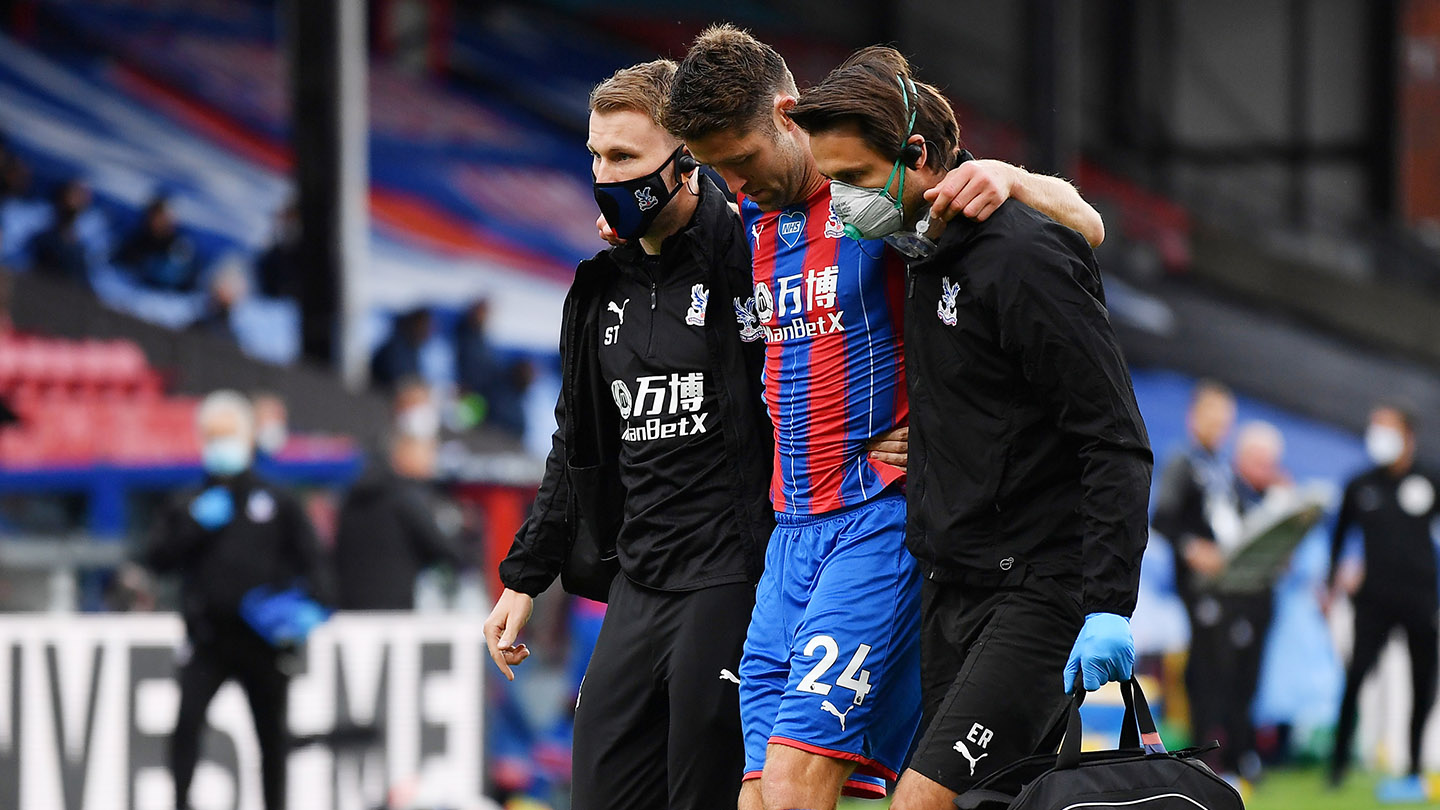 But the home side's early push forward was undone through a cruel twist of fate moments later. Against the run of play, Chelsea icon Gary Cahill raced to block the in-form Willian, but fell to the turf as his hamstring seized up. The Chelsea No.10 didn’t allow sentiment to affect his surge forward, however, and promptly cut the ball back from the byline to Olivier Giroud, who turned home from close range.

As club physios assisted an unfortunate Cahill from the pitch, Mamadou Sakho jogged into place and immediately knocked a Chelsea cross behind for a corner before watching Kurt Zouma power the resulting header wide.

Palace looked rocked. Their bright start shone with confidence and, with fate throwing its hand into the clash, the south Londoners’ challenge grew significantly. 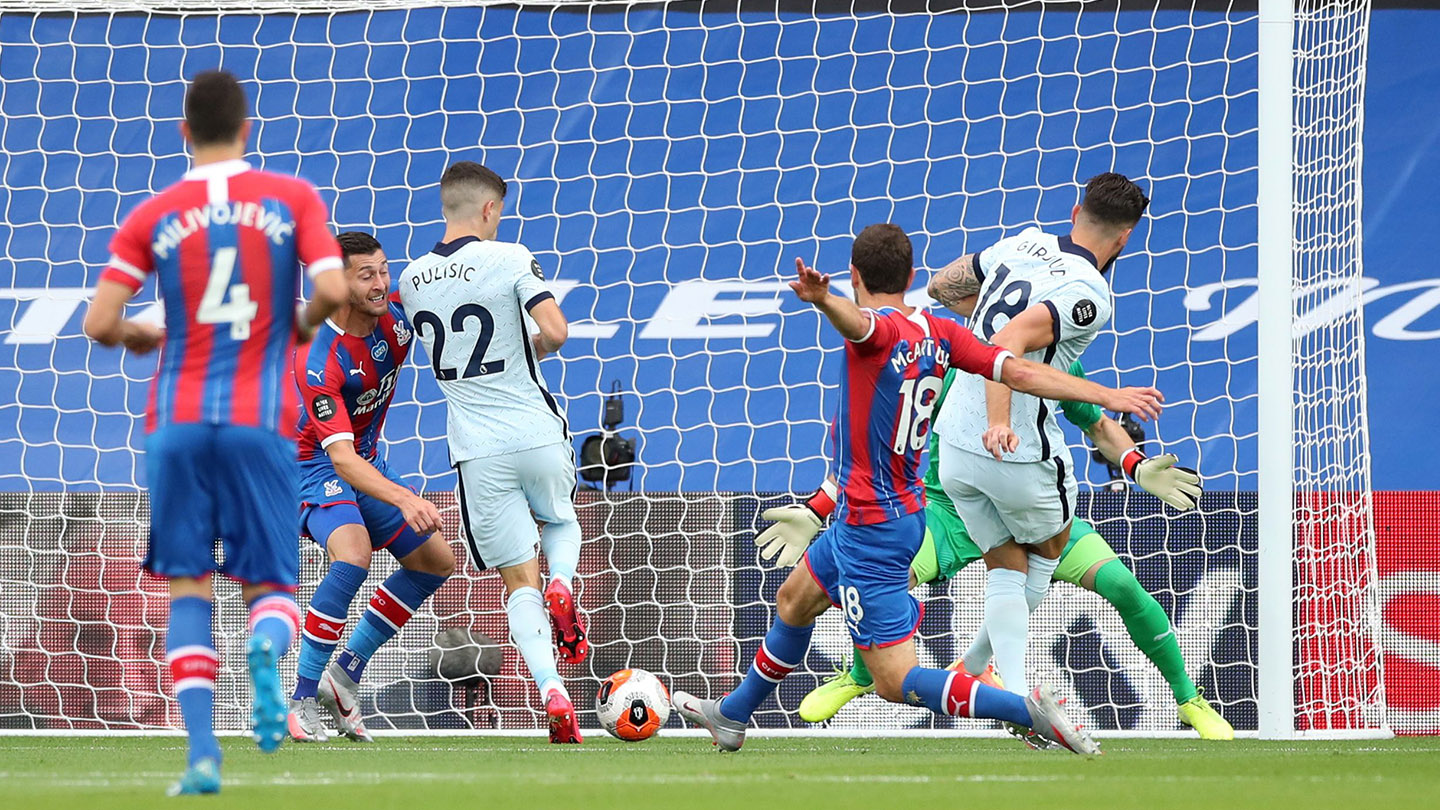 Where the Eagles appeared to have set-up as they did against AFC Bournemouth - positive, attacking and goal-hungry - losing Cahill and subsequently conceding forced a change to their approach, and the home side became more settled on the ball, happy to build-up their play and let the game ebb and flow at a more natural pace.

But that play eventually ebbed and flowed its way back to Palace’s goal, and perhaps the most predictable duo doubled the visitor’s advantage as Christian Pulisic danced and then powered home another Willian assist to deflate the previously lively home team.

The pair almost flipped their assist/goal combination as its American half fed its Brazillian, but Vicente Guaita was on-hand to instinctively deny the stinging resulting shot. 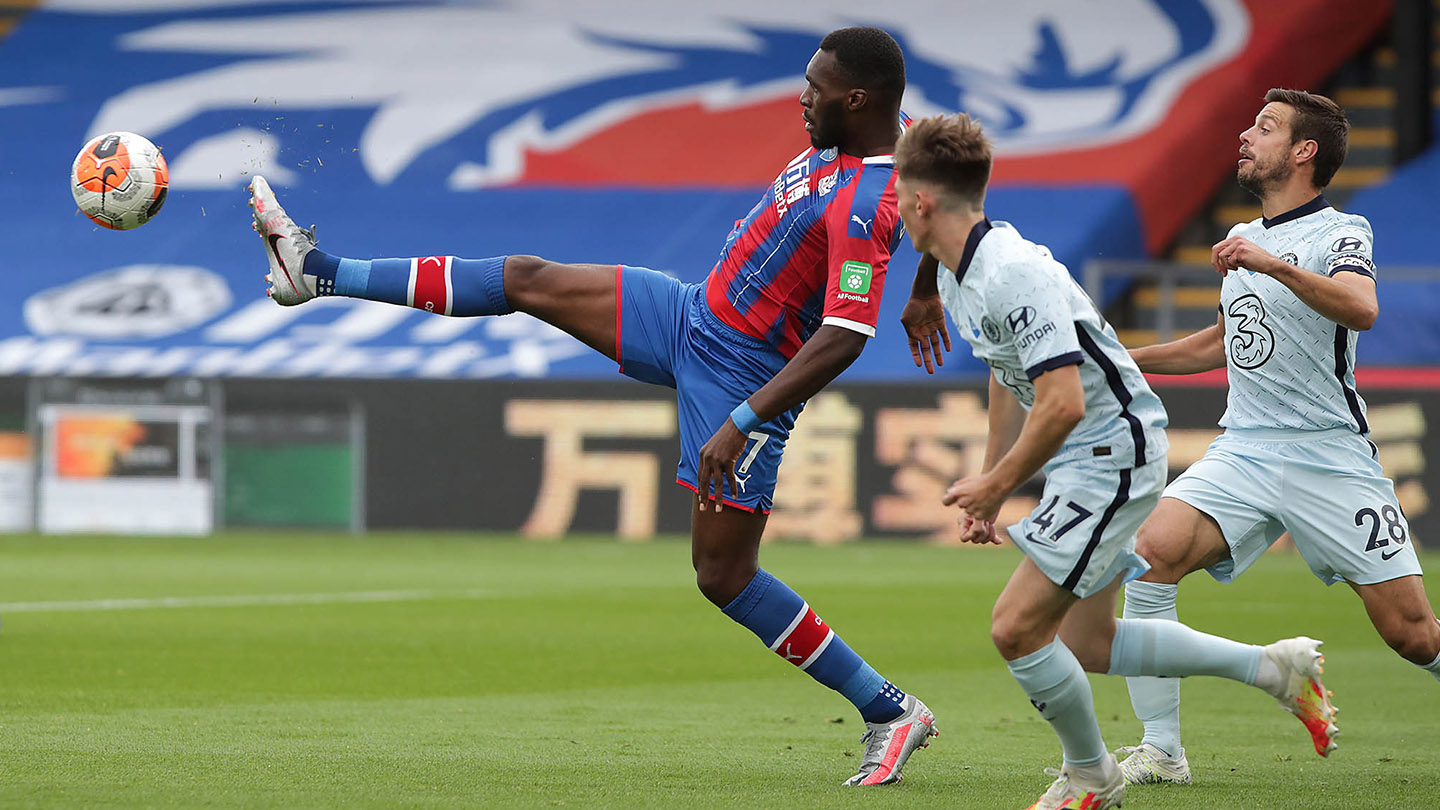 Guaita’s fine reactions secured his teammates the chance to strike back against their guests, and so they did so in style. When Wilfried Zaha collected the ball in space near the centre circle, his adversaries naturally prepared for a mazy, jinking run.

Instead, they gazed on as the Ivorian launched a swerving shot into the Blues’ bulging net from distance, embodying watching club legend Darren Ambrose more than his typical, tricky self.

Indeed, the effort was so eye-catchingly uncharacteristic that Zaha recorded his first Premier League goal from 30 yards or more, beating his next-furthest effort by 11 yards.

Palace looked energised and empowered, with Chelsea scrambling their hosts away under a surge of added-time pressure which culminated in Joel Ward hitting the crossbar and Arrizabalaga suffocating a Christian Benteke header with relief. 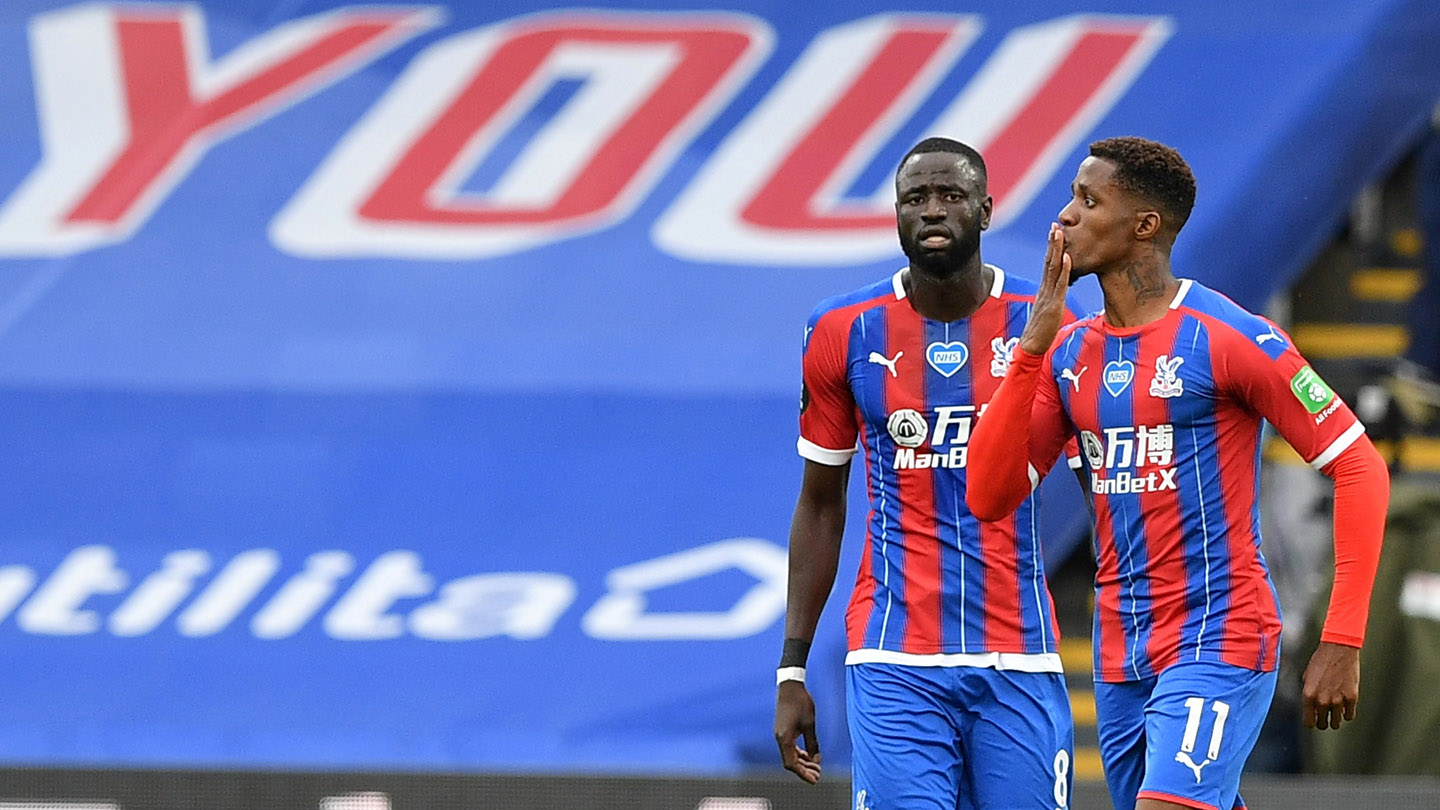 A busy second-half subsumed its rather manic first, and each side tested one another in equal measure. Motivated by their return to the fold, Palace looked calm and confident with the ball at their feet and passed their way into multiple attacking opportunities as Chelsea broke with promise.

Neither approach immediately paid dividends - though Giroud came inches away from a second - and so the game slowed down to a more lethargic, hour-mark tempo.

Lampard sought to instigate a return to drama with a double substitution - former Eagle Ruben Loftus-Cheek and Tammy Abraham replacing Ross Barkley and Giroud respectively - but the lavish change did little to upset the balance initially. The visitors appeared fixed on retaining their one-goal lead, and Palace smelt blood in the water as they hunted an equaliser. 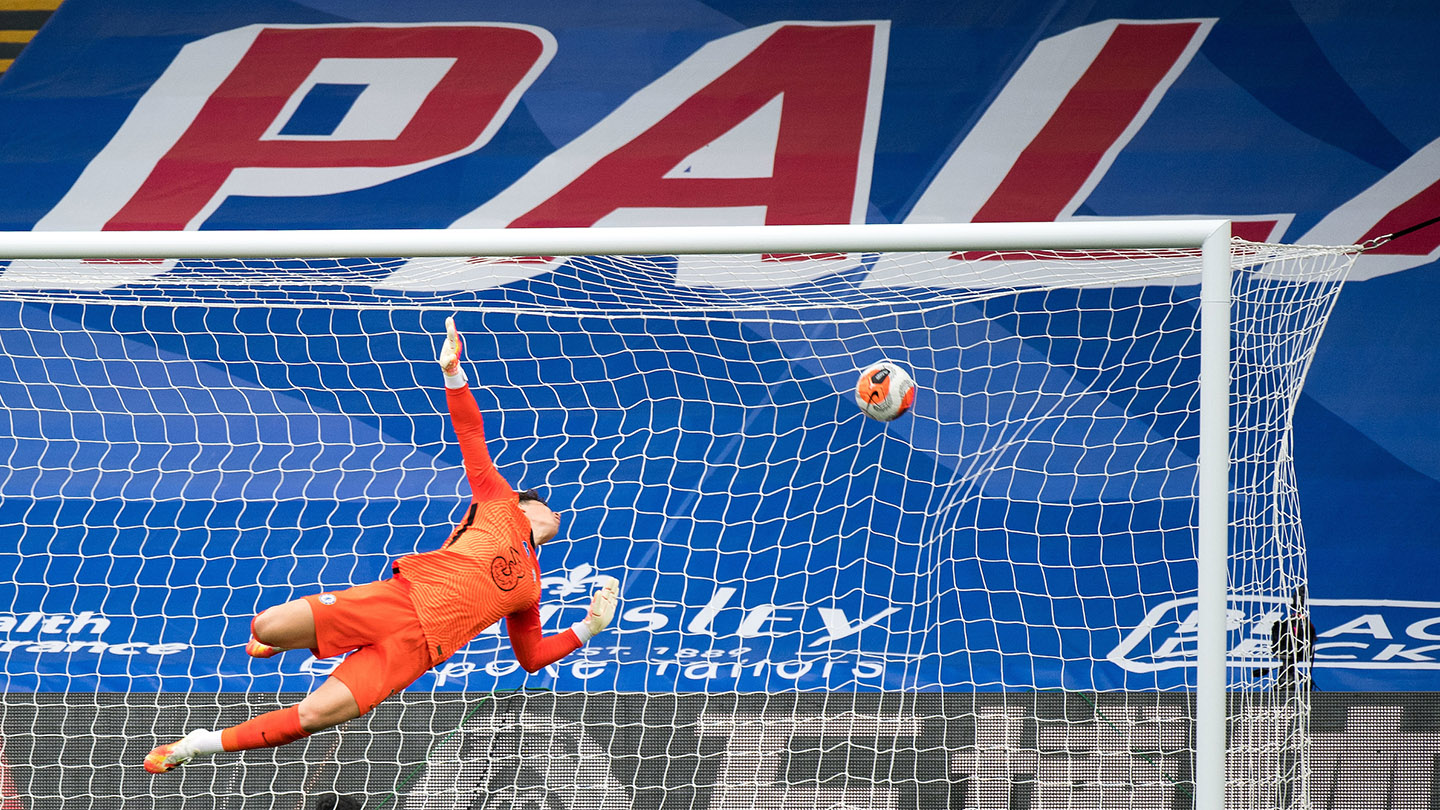 But the home side always risked the threat of Chelsea striking on the counter-attack, and that is precisely what they did through the game’s new pivotal duo: substitutes Loftus-Cheek and Abraham. The latter of the pair side-footed home smartly on the end of the former’s powerful push forward, though their apparent match-winner was nullified moments after.

Perhaps energised by the injustice of conceding while in the ascension, Palace struck back with drive and efficiency; Benteke thudding into an open goal on the end of Patrick van Aanholt’s well-thread ball.

At 2-3, the match restored the drama of its first-half, and Palace heaved themselves back into the fray to set-up 15 tense minutes of chasing an equaliser. 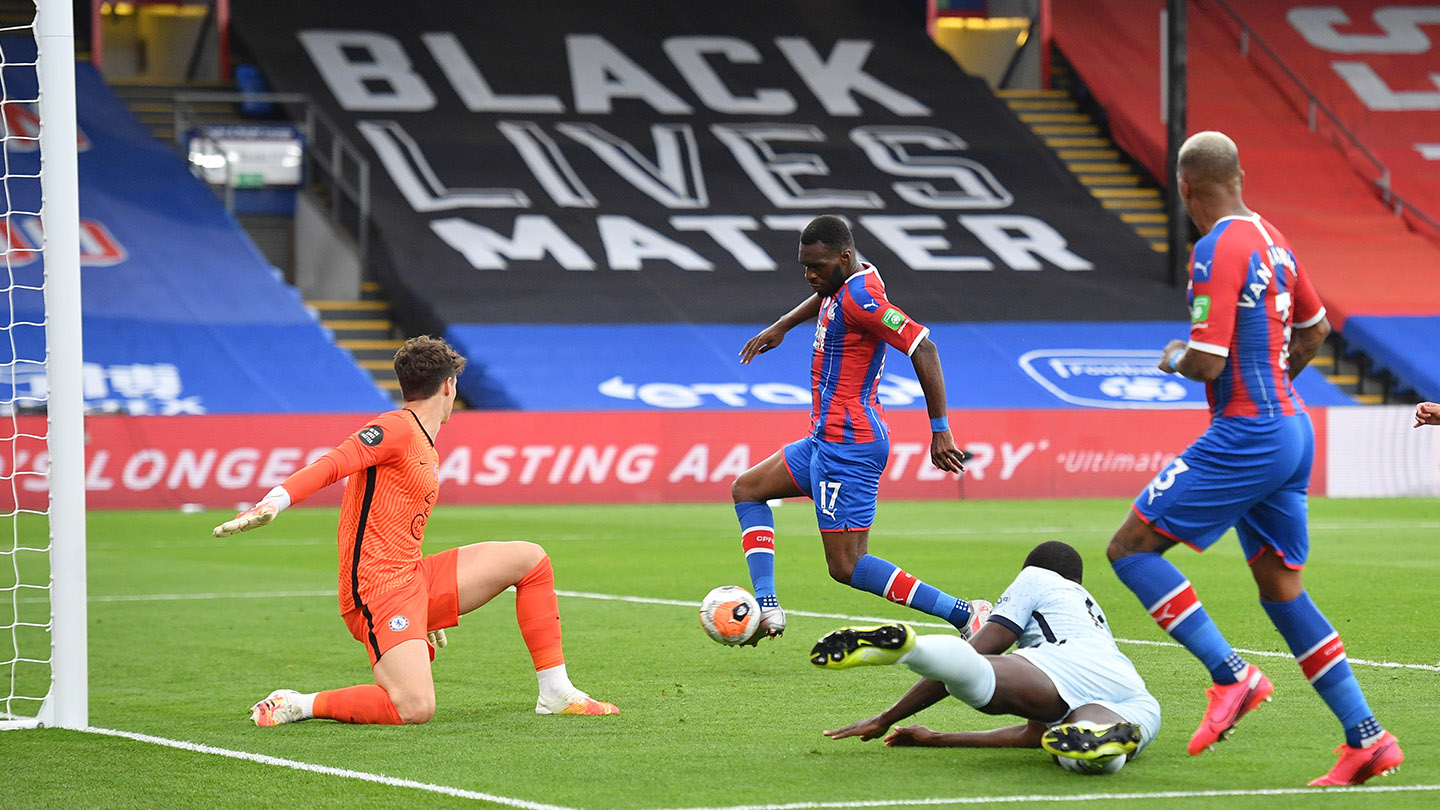 Both sides made further changes and Chelsea improved their composure and shape to hold on to a slender lead. The visitors were again denied by a sharp looking Guaita, who edged Mason Mount’s 20-yard effort wide as the Blues consumed possession.

Normal time ticked into extra time and Palace upheld their search for a point. Scott Dann launched a ball in the dying seconds which cannoned off the visitor's post, and again fate dealt the home side a cruel hand as it bounced to safety.

Against a backdrop of empty seats which would typically play home to 23,000 vociferous south Londoners, the Eagles didn't quite have the momentum to find their third goal, and the final whistle sounded a Chelsea victory.

Before the match kicked-off, Roy Hodgson said his team’s attitude "won't be worthy of any criticism." His words were vindicated by a clash which saw Palace’s resolute players battle ceaselessly for 90 minutes. Misfortune may have played its hand in this game, but Palace can hold their heads high and rightly avoid even the notion of criticism tonight.

Post-match reaction, highlights and both managers' press conferences will be available to watch in full tonight. You can view them by clicking here or 'Palace TV' within the official app!