Footballers from the Crystal Palace Academy have been planning, delivering and evaluating a community participation project as part of Football Unites, a pilot initiative from community interest company, Player Voice.

Player Voice’s Football Unites programme aims to involve Academy players further with their communities, enabling them to identify social issues and challenges faced in London and then work with a community partner to identify ways to bring communities together.

Player Voice was founded by Bev Amaechi, mother of Hamburger SV winger Xavier Amaechi, to provide a platform for young people involved in football to have their views and voices heard.

She explained how the organisation began: “I was that Academy parent for 11 years but I was also a youth worker. I could see how important it was when I did my youth work that you get young people talking about the issues which affect them.

“But in the Academy, I wasn’t seeing that so much. For me, what is really important is to talk about this work, to identify that it’s needed, to then build the relationships with the clubs that are on this pilot. Crystal Palace have been fantastic.”

The evening at Selhurst Park saw Bev speak to a crowd of footballers, parents and supporters of Player Voice alongside Palace Chairman, Parish.

Speaking shortly before the event began, Parish highlighted the importance of initiatives such as Football Unites and the significance of preparing Academy footballers for life both on and off the pitch.

“It's absolutely essential that the boys get a good, rounded view of life,” he said. “I think we've got many, many people that can be good footballers but being a good person is something else.

“I think our boys are a credit to themselves first and foremost. But equally, we need to help them. Player Voice is designed to make sure that they do have a voice, that they can articulate their issues and their problems.

“Player Voice is designed to allow players to speak up, to ask questions, to be inquisitive. When they get to a point where they're a successful footballer or they leave [the club’s Academy], they've got at least the same experiences of the world of any kid that's not been in an Academy. I think it's an amazing initiative backed by the Mayor, who's done a great job with Bev.”

Rob Street and Jacob Russell are two Academy prospects who have been involved with Football Unites, and were excited for the project to begin when they attended the launch alongside teammates and coaches last year.

Street said: “Obviously we’re in quite a privileged position where we are so giving back to people who need the help is massive. Anything we can do as a club is great.

“No one has to give back but it’s always brilliant when you can, even when you’re in a very privileged position. No matter what you can give, any little thing is brilliant.” 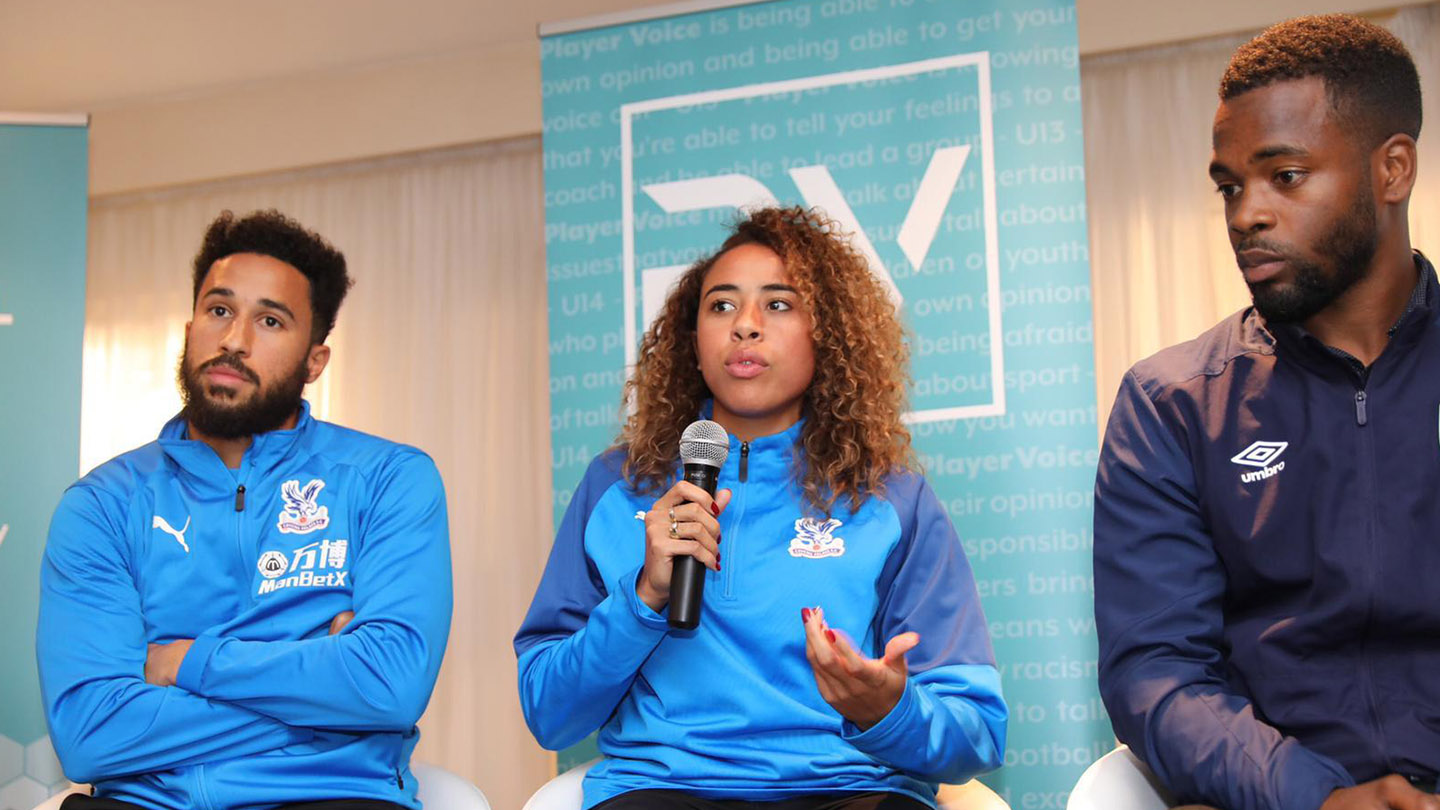 Now, over half a year later, the pair have joined their Academy teammates in a ballot to discover the issues they are concerned about, with youth violence, gangs and crime (35%), racism and prejudice (24%) and mental and physical wellbeing (16%) coming out as the top three focus areas.

At sessions in City Hall, players then presented and expressed their views and opinions about the ballot results to the London Mayor’s Sports Team, as well as advisers from the Youth Violence Reduction Team.

Following the meetings at City Hall, players began their selection of a community partner, and together they will devise, deliver and evaluate their project.

At Selhurst, Parish continued by saying: “It's absolutely essential that we remember where we come from, remember what we are and remember how important we are to the people in the area and the difference we can make.

“Hopefully this is part of a journey where we embrace people from every background, all sorts of characters, with all sorts of things they like doing outside of football, to create a much better game, even better role models and even better people.”