The above picture is a stark reminder of the impact Crystal Palace's youth teams have had on the club over the last 65 years.

It shows Jim Cannon and Kenny Sansom amongst others piling onto Dave Swindlehurst moments after he netted Palace's second goal in perhaps their most iconic ever game: the promotion-clincher against Burnley in May 1979.

The trio of players were separated by their ages - with Cannon at 25, Swindlehurst aged 23 and Sansom the youngest at 20 - but all shared a similar background in the Palace Academy. In fact, each of the three earned their first taste of truly testing football in the same competition: the FA Youth Cup.

They would each go on to forge successful careers in south London and become highly respected footballers within SE25 and beyond. Before the next generation of Palace's prospects take on Wolves in the 2020 FA Youth Cup tonight, we've taken a look back at some of the brightest talents to have represented the club in the competition, putting them into a full starting XI.

Palace's shot stopper for their successful Youth Cup finals in '76/77 and '77/78, Fry was an understudy to John Burridge for part of his career in south London but struggled to significantly impact the first-team during his six-year spell with the senior squad.

He will perhaps be best known for his near-impenetrable goalmouth in the '78 Youth Cup, when Palace conceded just three times from 10 games.

A goal for Yeovil Town from his own penalty area years later would help to ensure Fry earned a unique place in English footballing history.

One of the club's greatest ever players, Sansom rose through the Palace Academy at break-neck speed - earning his first-team debut as a teenager. During this time, he captained both Palace and England's youth sides and would go on to play 86 international games.

Stories of his confidence and attacking ability abound, and Sansom will always be remembered as one of south London's finest Academy products. 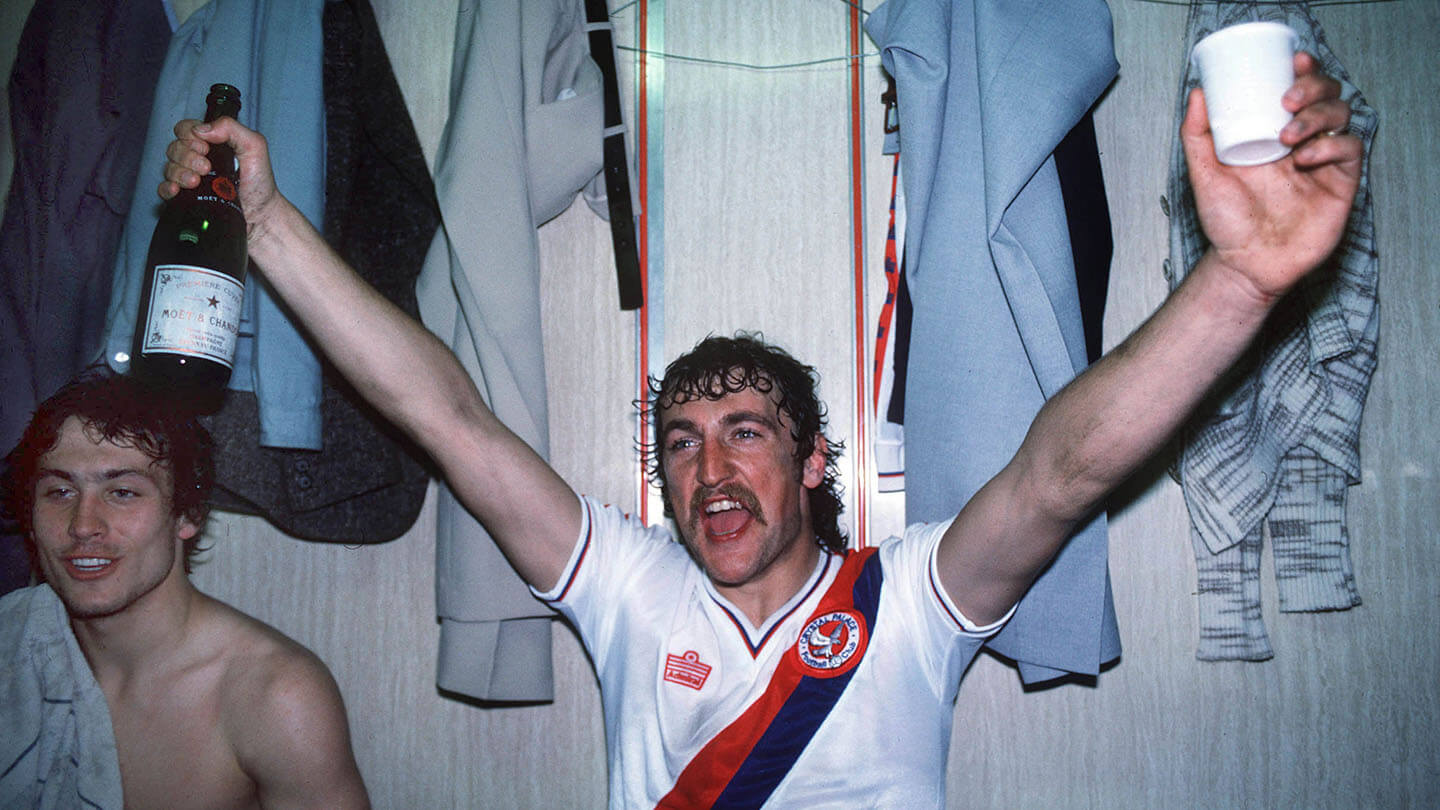 The most played player in the club's history by some 183 appearances, Cannon's is a name synonymous with Crystal Palace.

The Scotsman joined the south Londoners as an apprentice in 1970, made his first-team debut three years later and went on to play 15 seasons for Palace. His FA Youth Cup experiences came in 1970/71 and 1971/72, setting him up for 18 years in total with the club.

Naturally, Cannon has stayed connected with Crystal Palace and today hosts guests in the club's Premium lounges - recounting stories from his immense career in south London.

The most recent Youth Cup debutant, Wan-Bissaka represented the Eagles in 2014/15 and 2015/16 as a right-winger. His time in the Palace Academy began in 2009 as the New Addington youngster was first snapped up to feature in an attacking role for the club.

In the Youth Cup, Wan-Bissaka played along the wing until, shortly afterwards, the teenager was moved to right-back by then-Under-23s manager Richard Shaw and current first-team coach Dave Reddington. From there, he began training with the senior team and, in the midst of a chronic injury crisis, was handed his professional debut by Roy Hodgson in February 2018.

The current England manager began his career as a youngster in south London, where his ability as a leader shone through from an early age. Respected for his attitude and articulacy, Southgate swiftly rose to being the club's captain and would lead the Eagles to win the 1993/94 First Division title.

The team that won the title that season were famously managed by former youth team coach Alan Smith and featured Academy graduates such as Southgate alongside Shaw, Dean Gordon, Simon Osborn and Simon Rodger - all of whom played in the FA Youth Cup for Palace at some point. 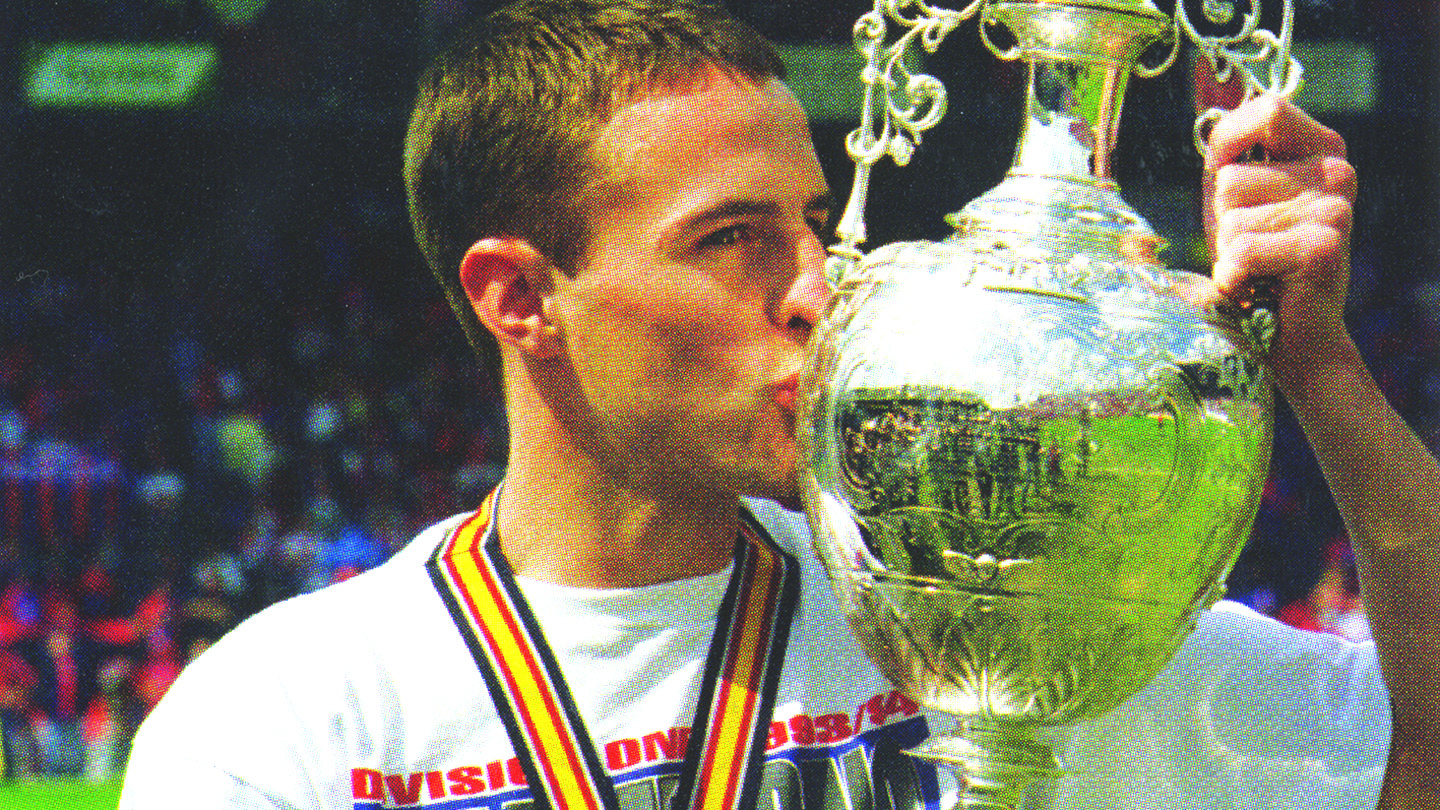 Another club icon who first made their name on the pitches of south London, Steve Kember's Palace roots run deep. Growing up in the same Croydon apartment building as Hodgson, Kember began his career in the Palace Academy in 1963 and went on to feature in both the 1965/66 and 1966/67 FA Youth Cups.

Kember received his professional contract on his 17th birthday and eventually played almost 300 times over two spells for the red and blues.

The club's talisman, Zaha's story couldn't be much better suited to the homegrown hero narrative which is so highly prized in football. Moving from Abidjan to Thornton Heath at four-years-old, Zaha grew up in south London and joined the Palace Academy at the age of 12. His talent was swiftly picked up on and the Ivorian winger would go on to make his senior debut as a 17-year-old against Cardiff City.

Since then, Zaha has played 346 times and counting for the club - netting 56 goals and forging a place in Palace history. 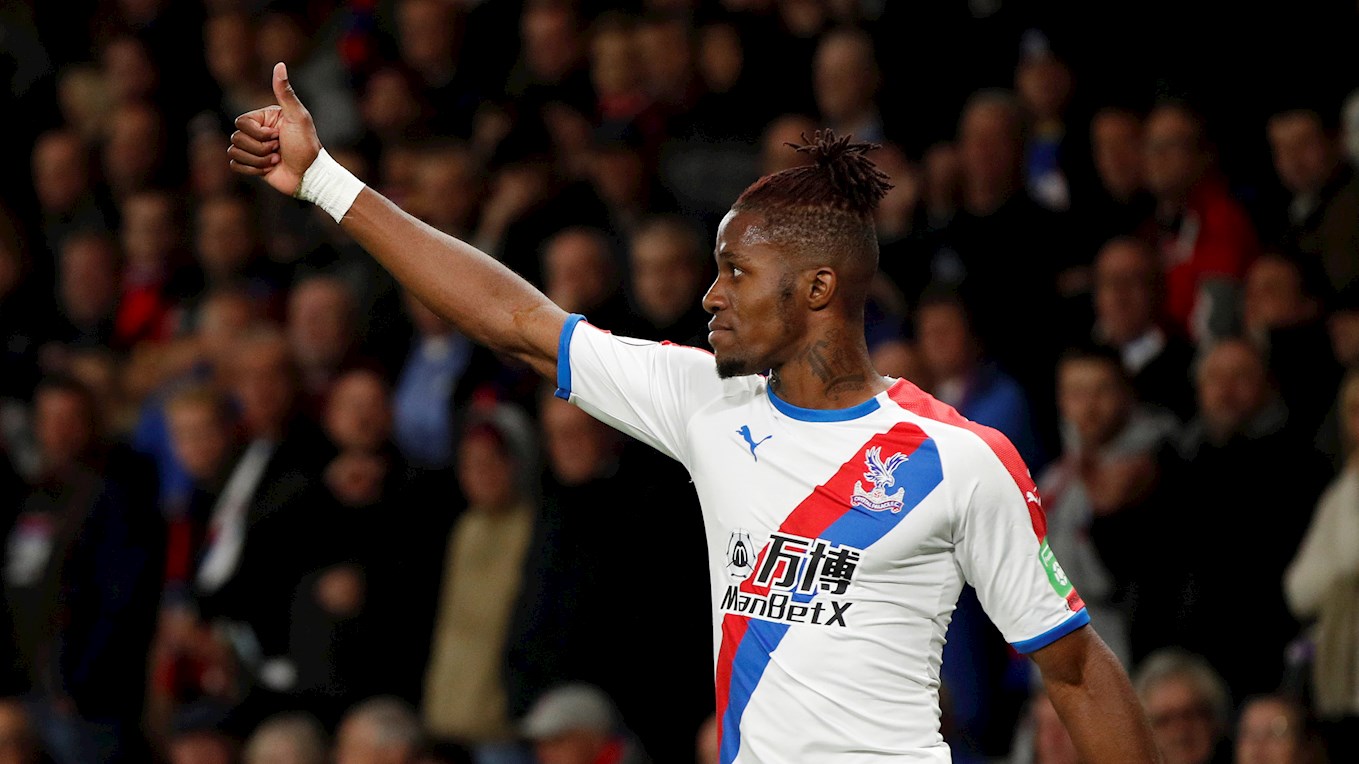 Another club legend with abundant attacking talent, Hilaire was a key part of the club's 'Team of the Eighties'. He rose to prominence alongside Samson, Jerry Murphy, Peter Nicholas, Terry Fenwick and other notable names who represented Palace in their triumphant FA Youth Cup campaigns of '76/77 and '77/78.

Hilaire won two Player of the Year awards while in south London and played almost 300 times in red and blue.

With 95 goals in 220 appearances, Byrne was consistently prolific for the then-Glaziers, earning his reputation as a fan favourite over six years of representing the club professionally.

He joined the south Londoners relatively late into his youth career after spells with Epsom Town and Guildford City, but still featured for Palace in the 1955/56 and '56/57 FA Youth Cups. 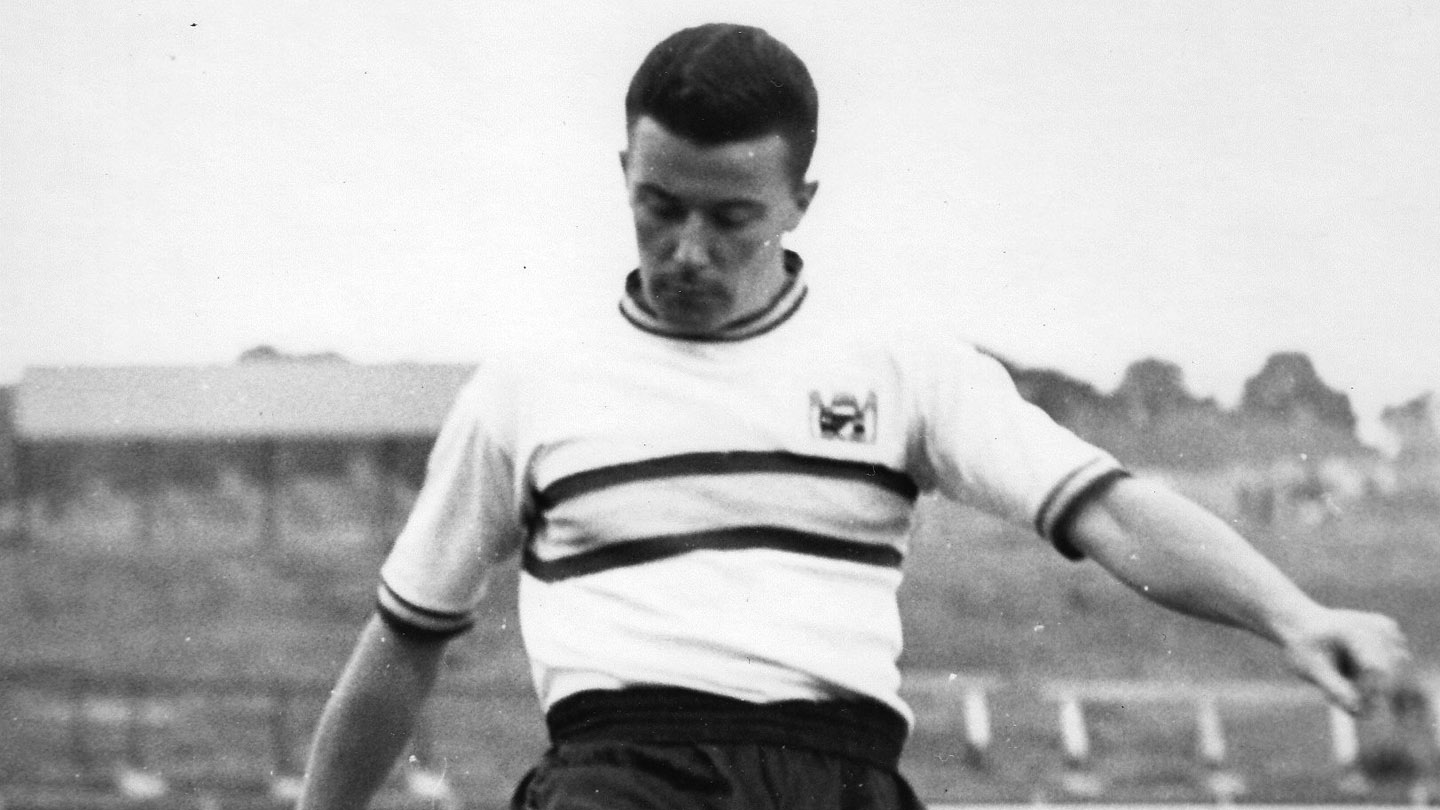 The club's highest-scoring Academy graduate, Morrison netted 112 goals for Palace over two spells between 1998 and 2008. The forward joined Palace's youth setup in 1996 and made his first-team debut two years later as an 18-year-old substitute.

He played for free as the club entered administration and returned after a spell with Birmingham City to play alongside other club legends Dougie Freedman and Andrew Johnson. He also appeared in 12 games for the Republic of Ireland whilst representing Palace, bagging two goals as he did.

Swindlehurst began his youth career with Palace in the early '70s, making his professional debut for the club in '73. He featured in the FA Youth Cup for the 1972/73 and '73/74 campaigns alongside Paul Hinshelwood.

The club has raised a host of talent through its Academy and a crucial part of this development has always been the FA Youth Cup. Other notable names not featured or mentioned above include Victor Moses, Nathaniel Clyne and Billy Gilbert - who each played in the tournament for the Eagles in their respective eras.

Including every successful youth player would be quite the feat.

You can see how the next generation of south London's footballing prospects fare in the iconic FA Youth Cup tonight (Thursday 16th). We'll be broadcasting their game with Wolves live for free via Palace TV at 7pm GMT. For more information, click here now.