Claridge: The Palace pundit with a 34-year career

Pre-Premier League era Crystal Palace fans with a certain dedication will all have fond - and not so fond - memories of watching Steve Claridge dissect the Eagles’ exploits late into the night on The Football League Show.

With Match of the Day’s iconic theme tune ringing to a close and top-flight fans calling it a night, Snow Patrol’s In The End would kick into action as the likes of Brian Clough and Glenn Hoddle adorned the walls of a nondescript foot-tunnel and a faceless man in yellow trainers showed-off his ball control.

Donning an open-necked pastel shirt and enduring a brief stint with a Movember tash, Claridge became the name, face and voice associated with staying up into the early hours to watch Palace battle it out in the Championship for all of 30 seconds.

The commitment of fans to stay awake through bleary eyes and catch just the swiftest flashes of red and blue from a grainy highlights reel was no small feat. When the club had been involved in a 0-0 stalemate, the reward was even less.

Claridge’s own dedication to broadcasting live from 11:45pm every Saturday is a remarkable trait in its own right, but, then again, the 53-year-old is perhaps the best-placed man in football for such a display of endurance and longevity.

While his connections with Palace are slight - the forward inconspicuously joining the club for a total of three months in 1988 - Claridge spent 34 years playing competitive football, appearing for 22 different teams at a professional or semi-professional level.

The frontman was laced-up and competing as player-manager for Salisbury as recently as 2017 when, with a thin squad, he fielded himself in a friendly defeat to Portsmouth in July and then brought himself on against Paulton Rovers in the league a few weeks later.

Claridge’s final ever game came in a 3-2 victory over Fareham Town, a clash during which the 51-year-old left the field in the 71st-minute after picking up an injury.

SEE ALSO: Players reveal the secret to success in 2003-04

Early on, in 1988, that career would dive down to south London and up to the second tier of English football from Dorset-based Weymouth. Crystal Palace were on the verge of flying into the First Division, led by the free-scoring duo of Ian Wright and Mark Bright.

Wright and Bright’s red-hot form kept the 22-year-old Claridge from enjoying a sniff of first-team football and the forward instead spent his time competing with the reserves.

So when an offer came through from Division Four outfit Aldershot just three months after signing for the Eagles, Claridge was happy to move west.

Leaving behind an untouched flat in Wimbledon and Palace soaring to promotion via a play-off final win over Blackburn Rovers, Claridge enjoyed successful spells with Aldershot, Cambridge United, Luton Town and Birmingham City before catching the eye of promotion hopefuls, Leicester City.

And with Palace yo-yo-ing between the divisions in the early ‘90s, the stage was set for Claridge to make his mark against his former club when the Foxes faced the Eagles in the 1996 First Division play-off final.

Palace had finished third in the second tier that season and were pursuing promotion to the Premier League at the first time of asking following relegation in ‘94/95.

The south Londoners had dispatched Charlton Athletic over two legs in the play-off semi-finals and the Foxes had edged their way past Stoke City at the same stage. 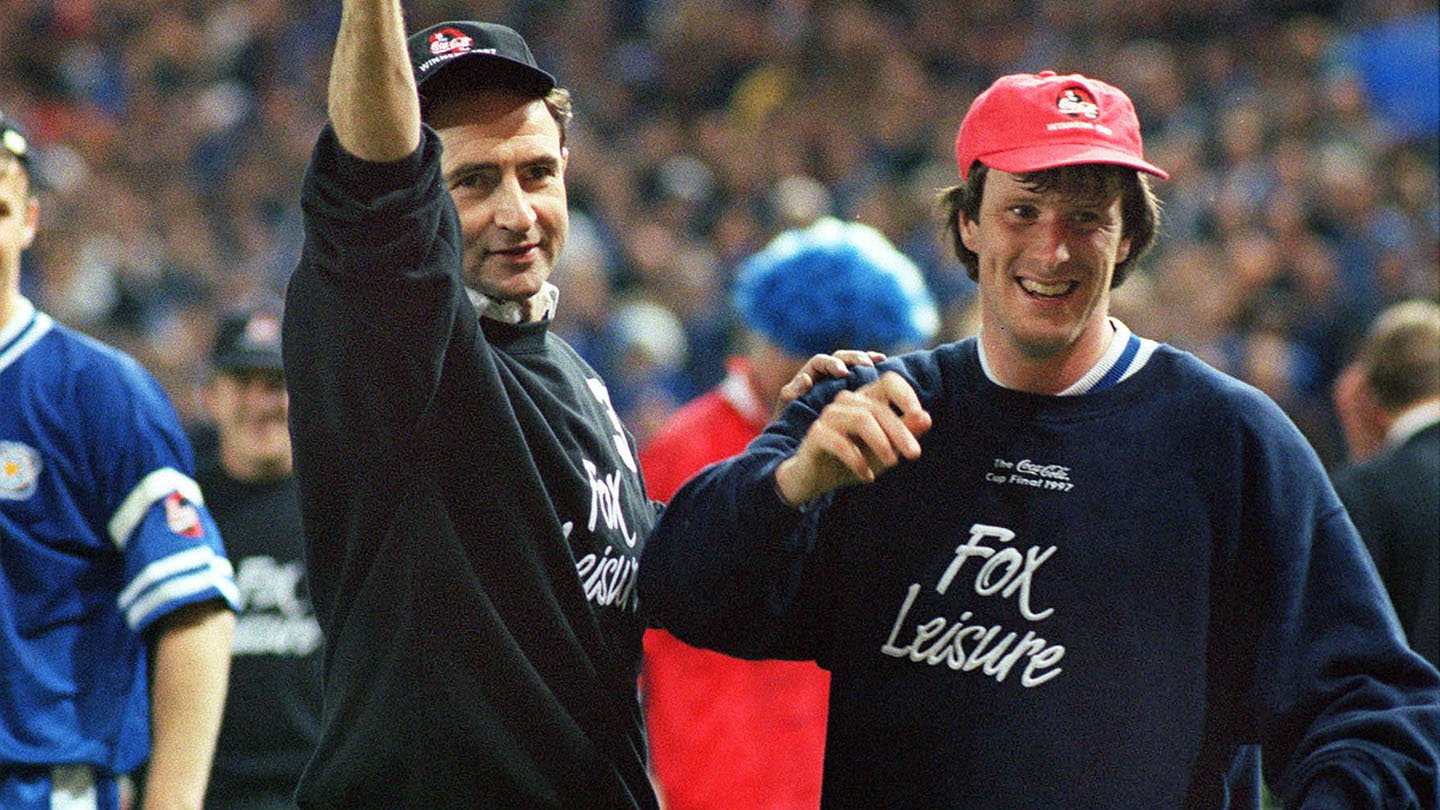 In an evenly matched game which Palace began as narrow favourites, a goal apiece from Palace’s Andy Roberts and Leicester’s Garry Parker saw the two sides level after 90 minutes.

Then, with seconds left of added time and Leicester manager Martin O’Neill having swapped goalkeepers in preparation for a penalty shootout, a long punt into the Palace box resulted in the ball dipping through the hot spring air of Wembley stadium and onto the boot - or shin, depending on your perspective - of Steve Claridge.

Whether it struck leg or foot, the striker volleyed the ball with devastating effect, sailing it past Nigel Martyn and launching Leicester into the Premier League.

Aged 30 already, few would envisage a career stretching another 21 years for Claridge, but the dogged forward managed it after his heroics under the Twin Towers in '96.

And, however much his opinion-splitting volley hurt that day, Palace fans can all be grateful for Claridge's late-night analysis on years of Championship drama.

Don't miss out on Palace's clash with the Foxes this Sunday - buy your tickets here!