Former star reveals inside the life of a ‘70s footballer

We’re reaching out to Birchenall for an interview on the club website about the Anglo-Italian Cup. There’s no real hook, but it’s an interesting enough topic.

It’s all very 2020: arranging content for content’s sake during the lockdown through WhatsApp. All we need for the perfect archetype is live tweets for a decade-old match and a Houseparty call to joint-watch Tiger King.

But we’ll stop before that gets out of hand - our social media team have impressively steered away from dated running updates and, besides, we’re using Zoom - to instead turn our attention to a very different era.

“We didn’t have media departments in my day,” Birchenall laughs, picking up the phone as we pause the Joe Wicks workout.

With 52 Palace appearances to his name, Birchenall only spent 15 months in south London, but says: “I did enjoy my time. I enjoyed my time everywhere, though. Bloody hell - how can you not enjoy being a footballer?”

From what follows, we find it hard to answer. 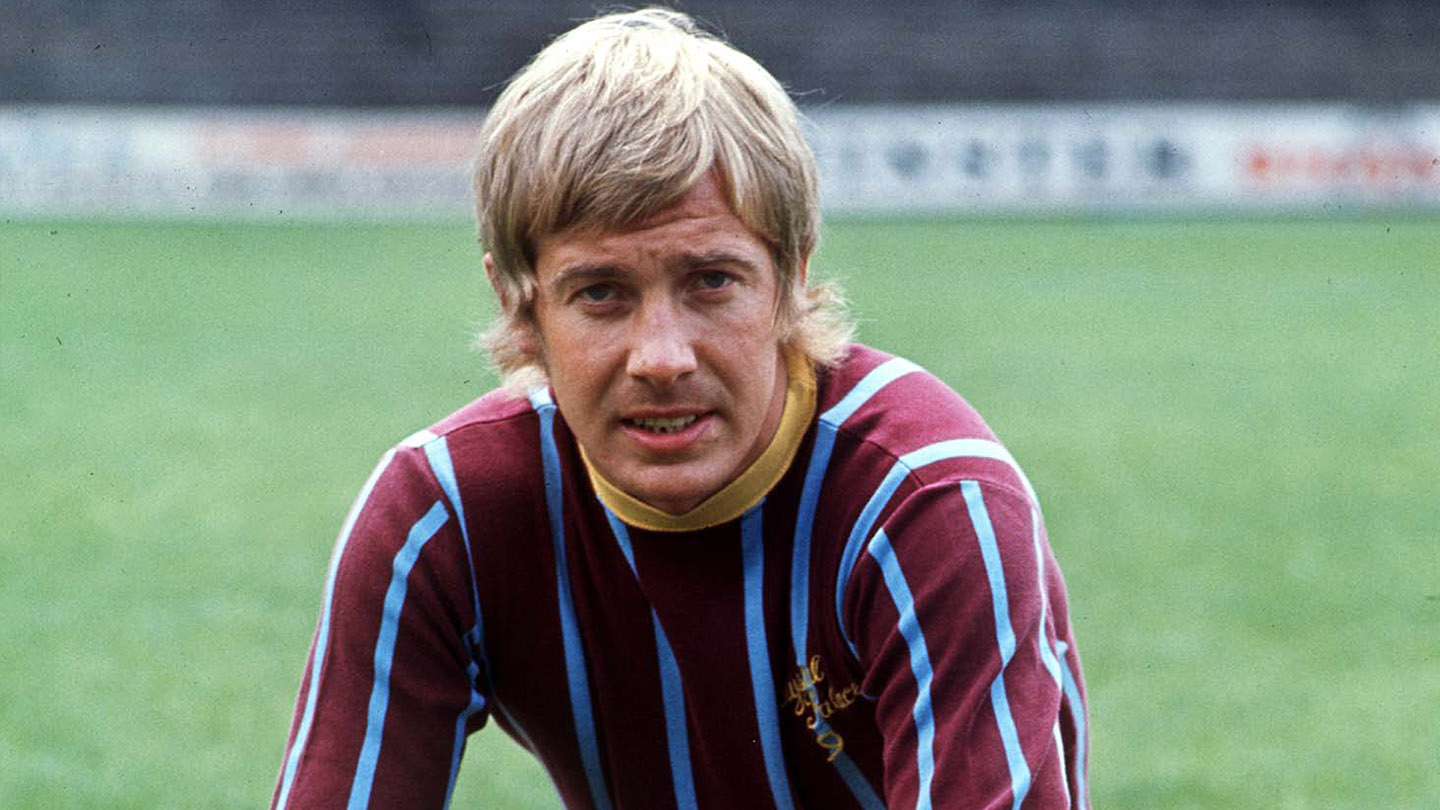 As he can for most of his career, Birchenall explains his arrival at Palace with a wry and vivid story.

“Me and Bobby Tambling came together from Chelsea,” he recalls. “I’d had a bad injury and missed the ‘70 cup final. I decided I needed football. A couple of clubs came in and then Palace did. They wanted Bobby as well.

“I said: ‘I’m not going to sign because, with all due respect, they could go straight back down. They’ve come up and are a decent side but we’ve been playing with Chelsea. Let’s go down and have a chat, anyway.’

“I went up and was first in with Bert Head. He said: ‘These are your terms.’ In those days you had bonuses: they were double what I was getting at Chelsea! Then Arthur Wait, the Chairman, who was in construction, sat there and said: ‘Where you living, Birchenall?’ ‘Ascot.’ 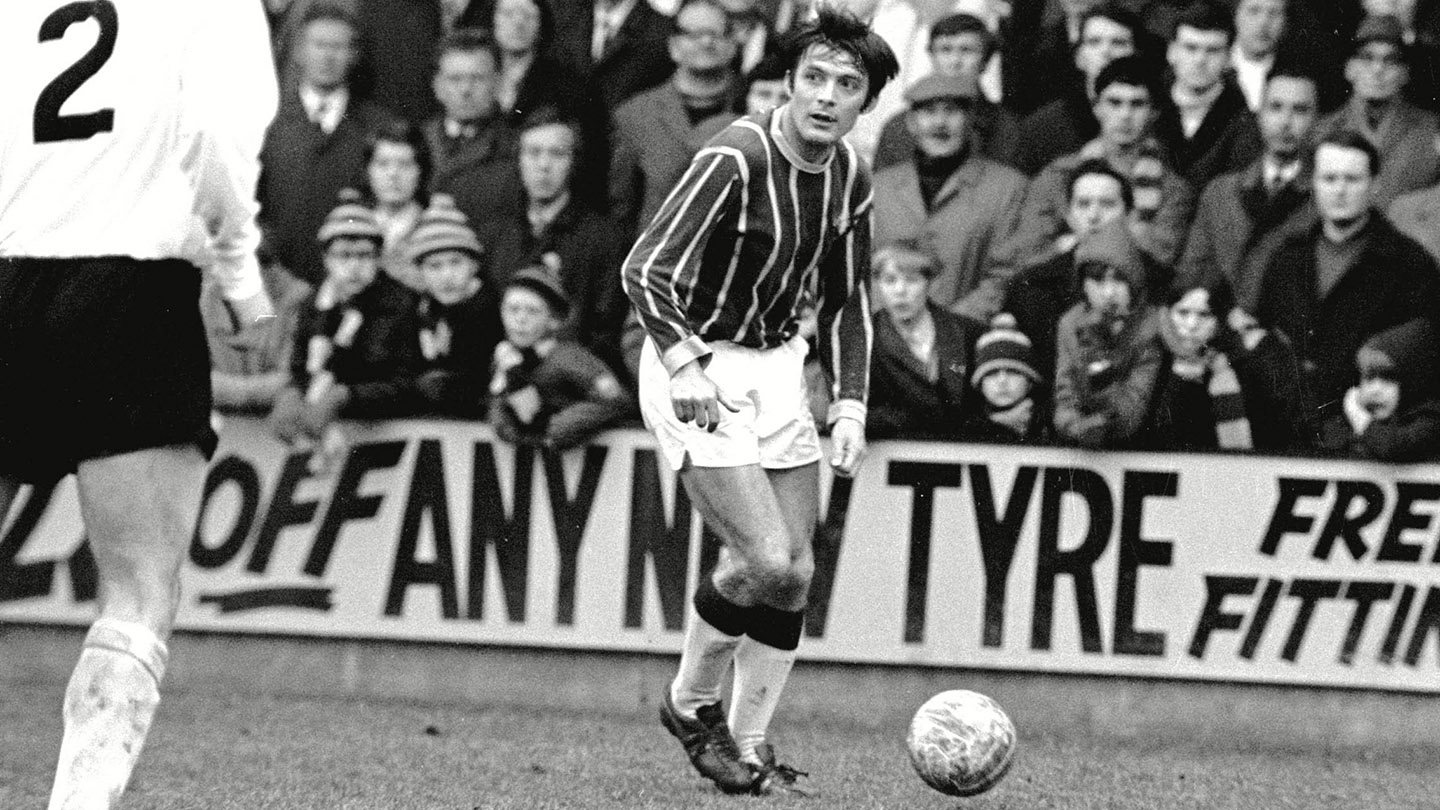 “He said: ‘Hmm, we can’t match Ascot but we’ve got some nice houses in Banstead and if you sign for us, you can have one for £5 a month [less than £80 today].’” Birchenall laughs as he recalls Wait’s near-apologetic reasoning: “‘We have to charge.’”

He continues: “I came out and Bobby Tambling was sat on the settee. He says: ‘We going off then?’ I said: ‘No, go in and sign!’

“I enjoyed it there. There was a good nightclub in Croydon: Dr Jims. We had some good nights there.

“If we didn’t have a midweek game I’d organise a night out - charity. It was an excuse to raise money and get the lads out. We’d meet at 8:30, do the charity thing for an hour and Mel Blyth would turn up at 9:30 just as the rounds were getting done.

“He was the tightest ba***rd ever in football, and I’ve met hundreds of them. I gave him a nickname, ‘Get ‘em in, Blyth’, because he never did!” 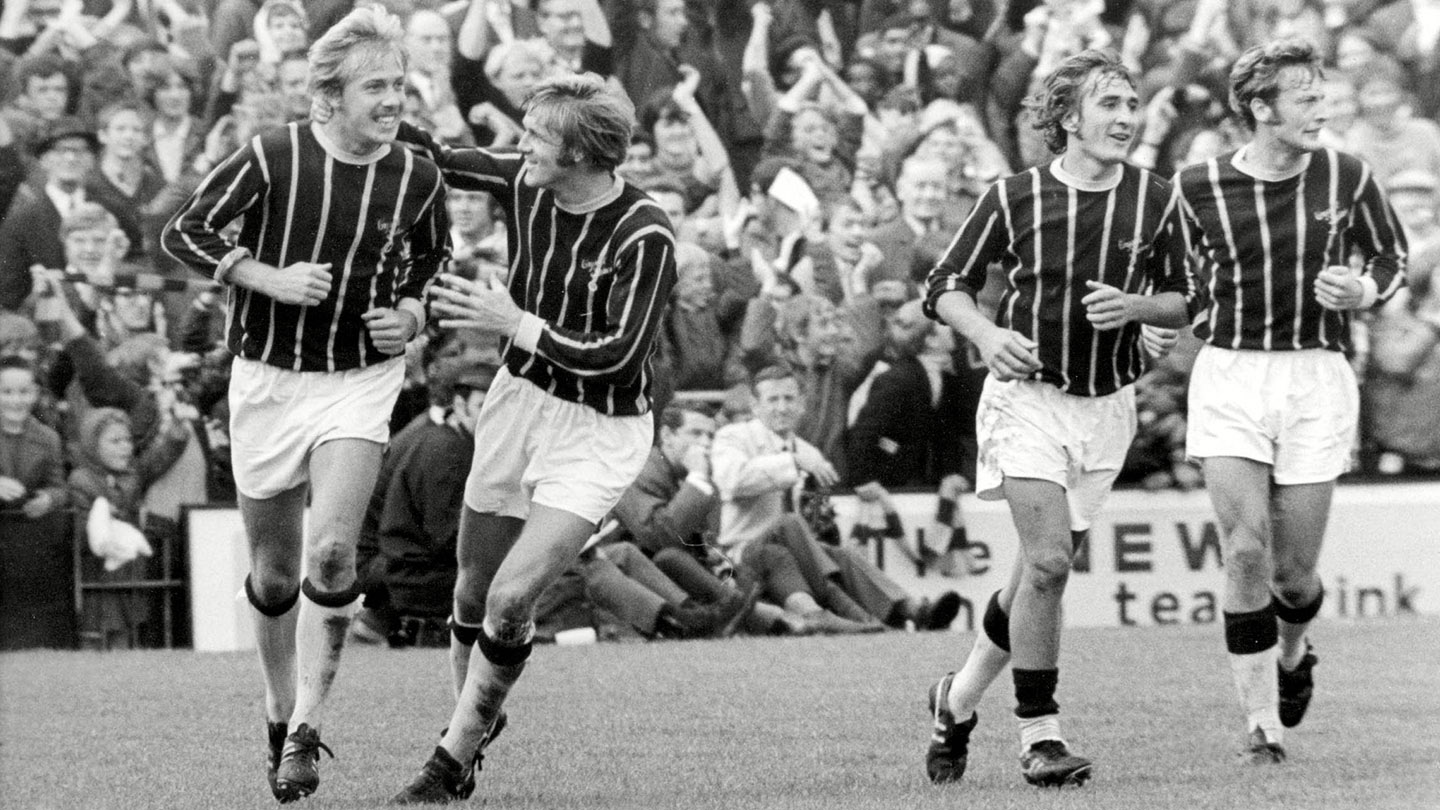 Birchenall’s penchant for a night out sparks a list of memories that requires no input or interjection from us. As we did in the interview, we’ll let the man himself do the hard work:

“When I was at Sheffield United,” he continues, “there was a nightclub - the Penny Farthing. They had a band on one night and [the singer] is a massive Sheffield United fan. I said: ‘Tell him I’ll get up with him.’

“Wherever I went, I had a bit of a song… It’s been the bane of my life; I always thought I could sing. I was with the [England] Under-23s in Budapest. We went out for a little stroll and we found this bar. There was a band on and we were in the corner having a drink, listening to this Communist band in this then-Communist country.

“One of the lads says: ‘Get up, Birch, give us a song.’ The band was cr** but one of the lads went up and said: ‘We’ve got a singer here: Birchy.’ So this Hungarian band got me up. I couldn’t see, it was dark, and I said to them: ‘Rolling Stones, Satisfaction, you know it?’ One of them nodded and they started, so of course I start getting into it.

“I’ve got my England jacket on and my England tie and so I start taking my tie off - I whip it round and fling it into the audience. I got them going and then I took my jacket off with the Three Lions on and slung that into the crowd. I was giving it the hips, the backside was going and everything and I got a standing ovation in this nightclub. 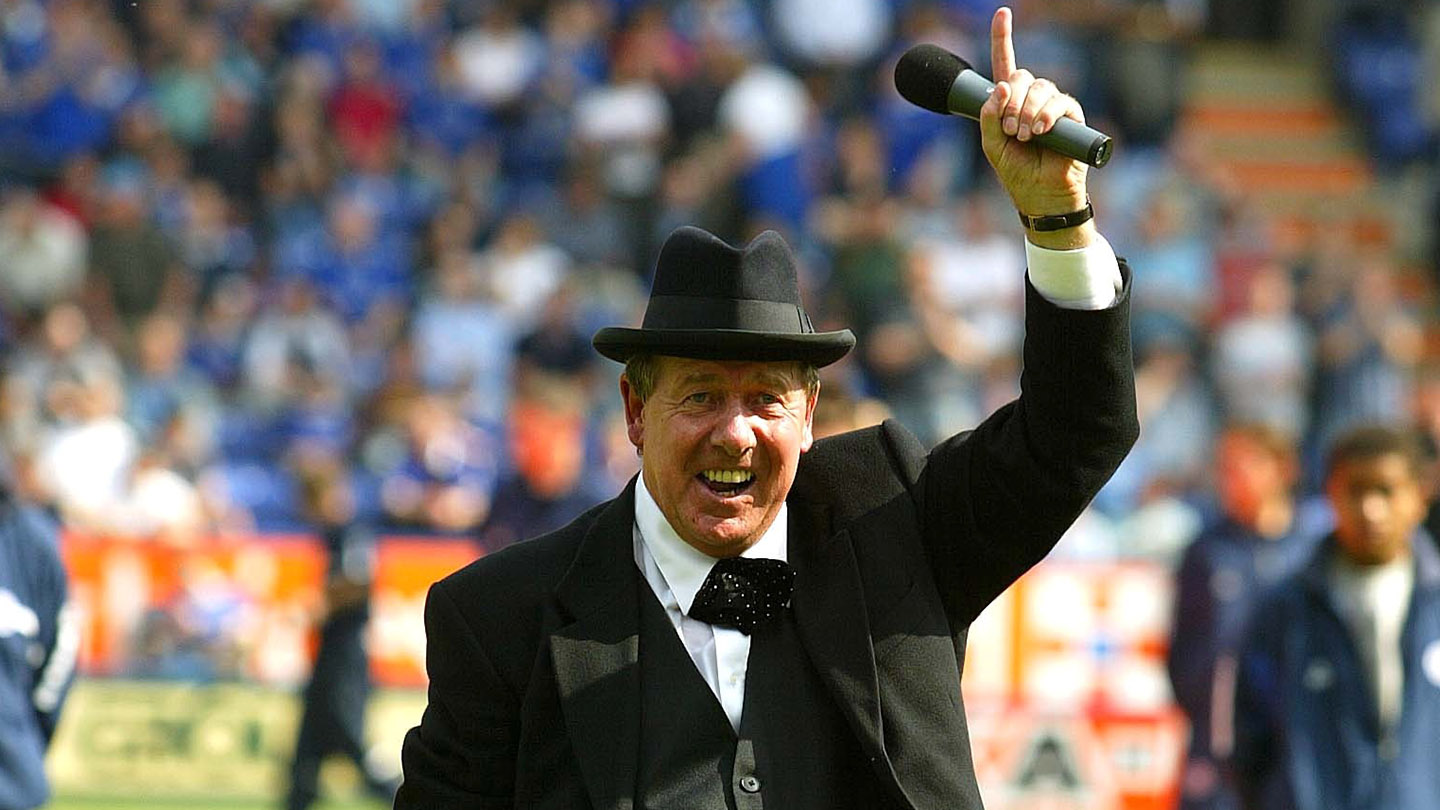 “I looked to the right where the [England] lads were and they’d gone. I thought: ‘Where have the lads gone?’ Then, as I’ve spun round, I looked in the corner and there were seven FA officials around a table. Suffice to say, I scored the winning goal v Hungary but I never kicked a ball for England again!”

Midway through our conversation, Birchenall is interrupted by a knock at the door. Brought back to the modern day with a stark reminder, it’s the shopping: dropped at the front to maintain distance.

Shopping delivered, human contact minimised, the bags packed away, Birchenall calls back, and picks up where he left off: the 1970s.

Life in SE25 began with quite the challenge for the ‘70/71 season’s top goalscorer, who took on Manchester United in one of his first Palace outings.

Looking back, the 74-year-old relives a questionable team-talk from that day.

“[Manager] Bert Head came out 20 minutes before kick-off,” he says. “Steve Kember said to me: ‘Listen to this, this will inspire you.’” Switching to a thick Wiltshire accent he compares with Long John Silver’s, Birchenall imitates Head’s encouragement: “‘Hit ‘em hard and hit ‘em arf’en. They’ll come at you like a bunch of-’” he stops himself short of an asterisk. 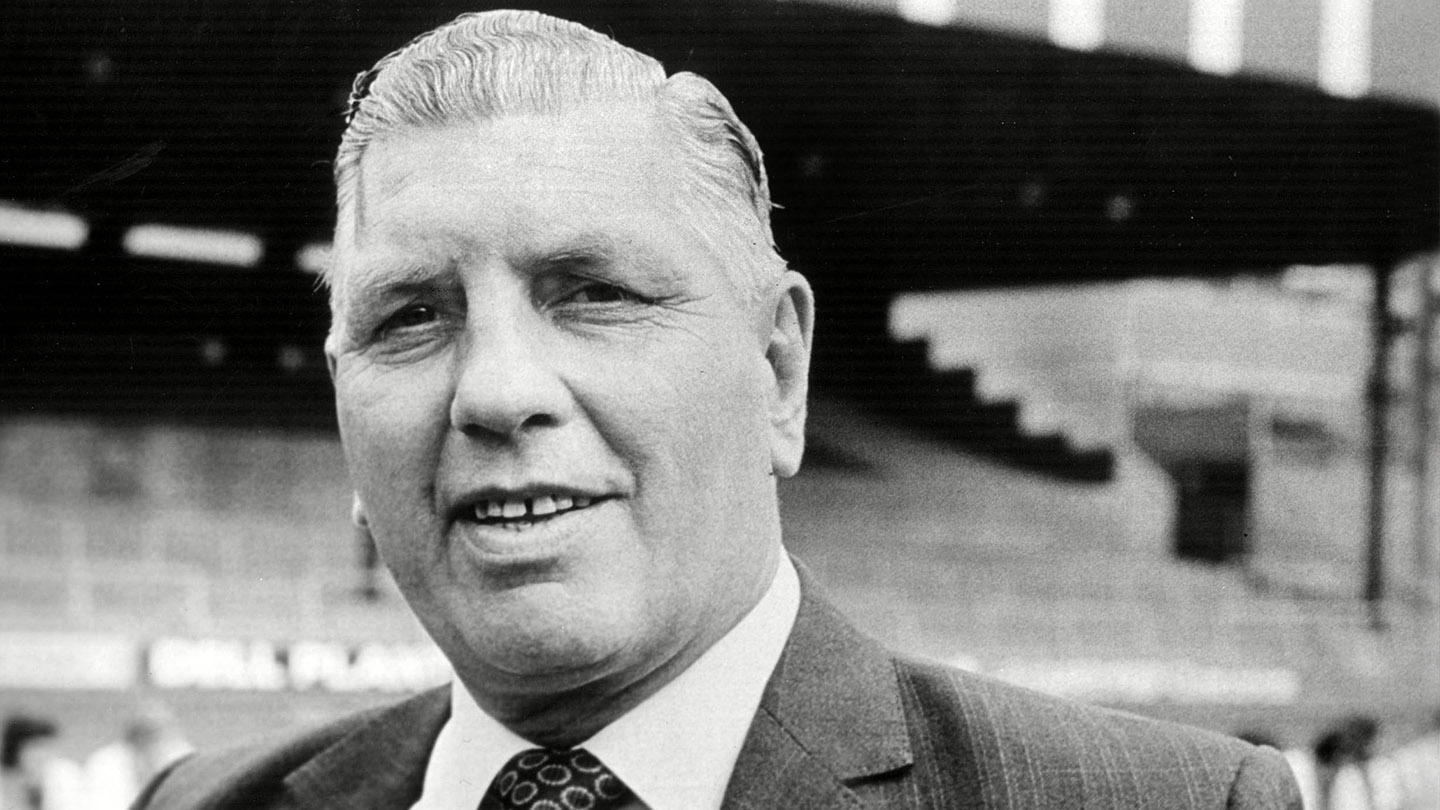 “I’ll always remember it. I stood there and my jaw dropped. I thought: ‘We’re just about to go out with Denis Law and George Best!’”

Having grown accustomed to the way of life at Palace, Birchenall was a much more settled part of the furniture when former Eagles and Leicester teammate Steve Kember teed him up for a season-long fine.

“I remember once in pre-season,” he explains, “they were reseeding the pitch and I was in the dressing room reading the paper. Kember came up, got some scissors and cut the paper in half. So I ran after him to give him a right belting and he ran out onto the pitch.

“I didn’t know the sprinkler system was on, and he avoided it. I just ran through the system, knocking over all the wires and pipes and everything - it cost the club a fortune to redo them! 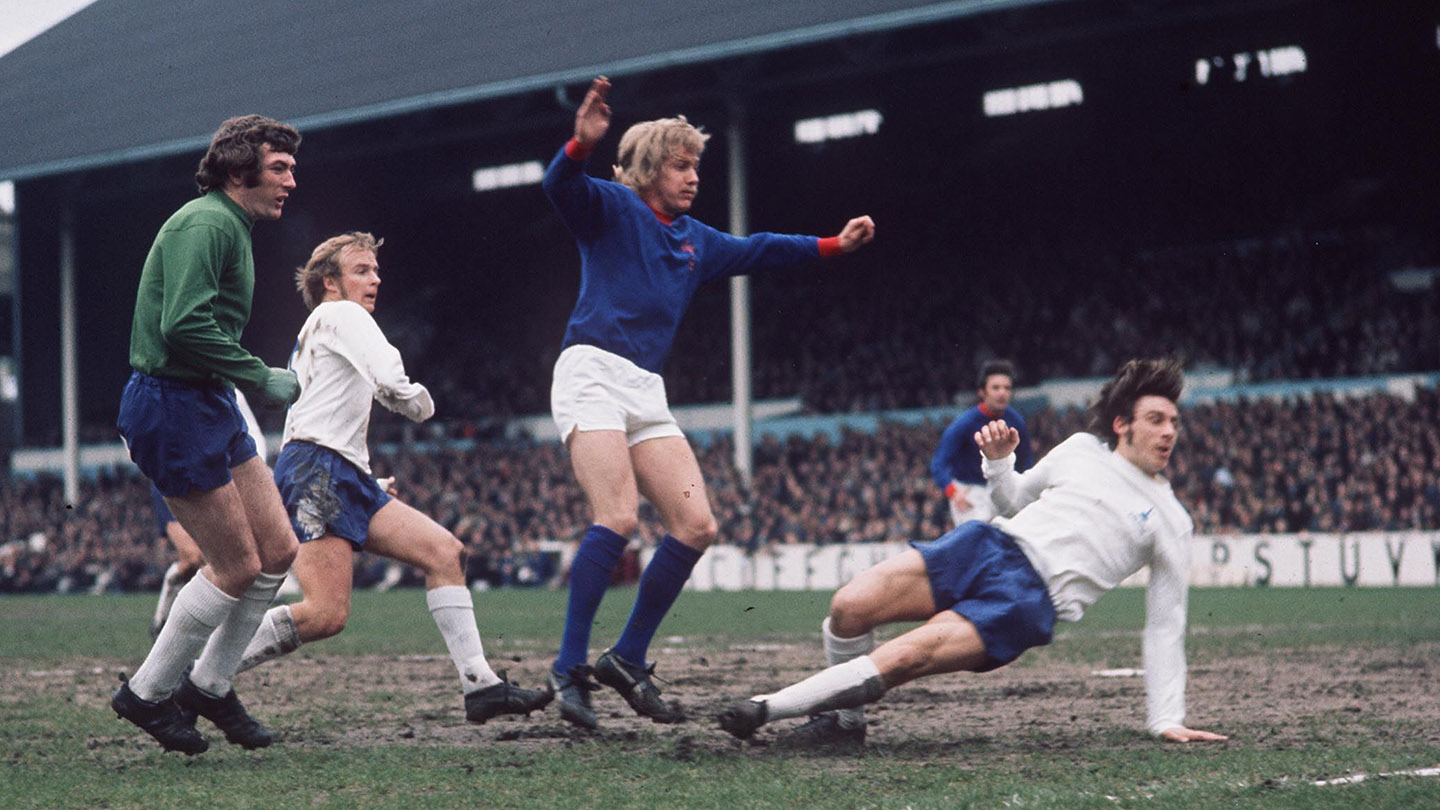 “I was tripping over the wires to get hold of Kember and give him a pasting. It really cost a lot of money, so I got fined and had to pay for the sprinkler system for that season! Kember got away, he was too quick for me.”

Birchenall’s clear recollections “about living the life as a footballer in the ‘60s and ‘70s” are fond and numerous, and make for a welcome break to the interview's then-locked-down world of video calls and creative Twitter.

“When it was, it was a different game to today,” he says. “I admire them [footballers] today, the skill factor, athleticism and how they look after themselves. We didn’t, but we enjoyed life and that’s how you’ve got to be. It was a great era to be around, I wouldn’t have swapped it for anything in the world.”

Birchenall ends on one last note: “Sorry, I’ve digressed,” he says with dry understatement. But it’s okay, the Anglo-Italian Cup can wait until next week.

READ NEXT: How two Palace figures shaped football’s future in 1982