With Crystal Palace legend Geoff Thomas turning 55 today, we've taken a look back at the iconic 1989 season with the Palace programme's chat in 'Glory Years', exploring the relationships and moments that defined the campaign.

A big change ahead of the 1988/89 season saw Jim Cannon depart, what did you make of that?

On the last day of the previous season we just missed out on the play-offs because we were dependent on Millwall’s result. You could tell that Steve Coppell was looking for a bit of a changing of the guard and even though Jim was putting performances in week in and week out, his departure was more a statement from Steve.

He wanted to start afresh, get some young blood in and really go for it. We were all young lads but we were mature enough to know that this was going to be our opportunity to get into the big time.

Incredibly you didn’t get your first win until October against Plymouth Argyle. Did that affect the players?

I don’t feel we were that down about it because we were putting in decent performances, and in that game against Plymouth we scored four goals. When you have people like Wrighty and Brighty who can turn games in your favour with their goal threat we knew we were not that far away. It was a time of just settling down, working harder on the training pitch and making sure that results followed.

For me things were a bit frustrating as I was hampered by a groin injury which really plagued me that season, especially the back end when I was watching players like Glenn Pennyfather and Alan Pardew coming in before Dave Madden did a tremendous job. 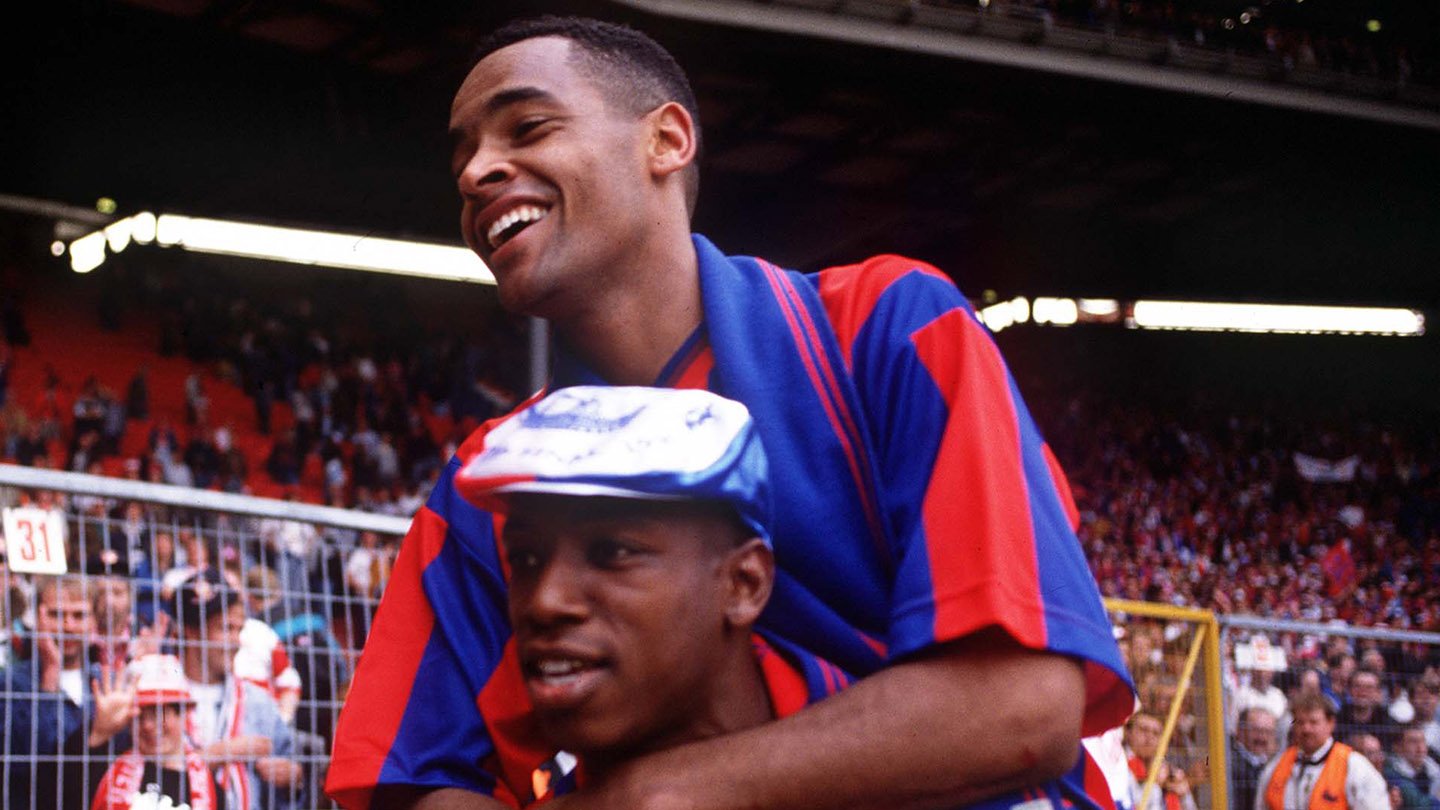 What was the secret of the partnership between Ian Wright and Mark Bright?

They were playing at a level that was lower than their ability. They were just different class; Wrighty was like a Duracell bunny whilst Brighty was the one that calmed him down to ensure that his efforts weren’t wasted. Even though they were the best players, their training methods were admirable as they stayed out after the sessions and worked on their finishing. It paid off and they went on to show what good players they were.

How important was the momentum gained in the final eight fixtures that clinched a play-off place?

When you hit the play-offs you want to be in form because you see so many times the team in third place go into them disappointed that they missed out on automatic promotion. I think a team that normally has a late run has momentum going into the play-offs with a spirit to push on. That’s what we saw from us in the back end of the season, and especially into the play-offs.

How do you look back now on that famous play-off final against Blackburn Rovers?

The crucial point was Eddie McGoldrick’s scrambled goal to get us a consolation in the first leg. We believed that we had escaped because they had a few more chances and we could have lost by more than the 3-1 scoreline.

At Selhurst the crowd were so vocal and it just seemed like it was going to be our day, and straight from the kick-off we dominated. All these characters seem to come together so well under Steve’s leadership and each player had their own back story as to why this achievement meant so much to them. Looking back as captain it was a very special time.